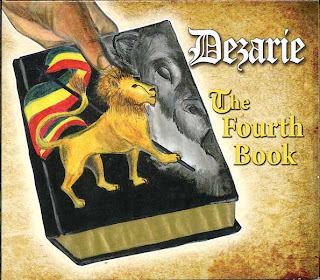 Hardcore Reggae heads everywhere begin to sing songs of PURE JOY when the very well regarded Queen of Virgin Island Reggae music, Dezarie, rather shockingly returned with her brand new album, ”The Fourth Book”. Her fourth album (duh) comes as a complete and utter shock to most (yours truly included) who had absolutely no idea that she was even in the studio making music, given her usually hectic and active touring schedule. On the back cover of the CD, it reads, “Produced, Recorded & Mixed by Ron Benjamin for Afrikan Roots Lab”, which at least should give you an idea of the (beautiful) music direction of the album, but even if it doesn’t, you should know to expect top class and big time vibes from an artist who has probably and quietly become one of the single most beloved and revered in the current landscape of Reggae music, Empress Dezarie.
CD
{note: Review maybe coming soon} 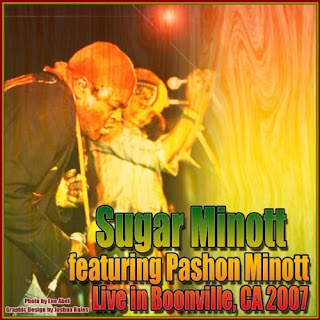 Sugar Minott - “Live In Boonville, CA 2007” featuring Pashon Minott [Irie Sounds International/Zojak Worldwide]
After the legendary Sugar Minott made his transition back in July, if you were paying attention to many of the retail sites, you suddenly (unsurprisingly) saw much of his older work popping up and popping up at slashed prices and maybe you saw a newly compiled piece here and there and, again, those things just aren’t too surprising at all. However, out of ALLLLLL of that material, the most interesting that I’ve laid my eyes on and one which apparently has been getting quite a bit of coverage has been this release, ”Live In Boonville, CA 2007”. The set features the immortal singer delivering some of his biggest and most popular tunes like ‘River Jordan’, ‘Herbsman Hustling’, ‘No Vacancy’, ‘Vanity’ and ‘Mr. DC’. Were that not enough (and it was), also on board is the ‘Sugar Princess’ (is that not a COOL nickname???), Sugar Minott’s daughter, the newly renamed Achis Reggae favourite Pashon Minott (formerly Fire Pashon) who (sticks around and adds hype throughout her Father’s set as well) starts the show in a STIRRING fashion. Big big release and it’s all legit as well.
Digital 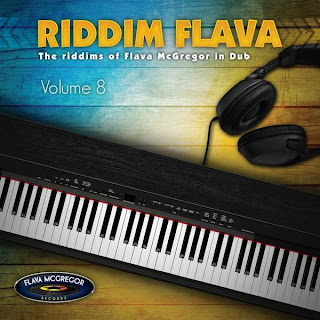 No Doubt Records Dub Riddim [No Doubt Records]
And I did tell you about this last week as it was on its way, but now what we have in the "No Doubt Records Dub Riddim" series is (at least) eight editions of full instrumentals of the work of the best Reggae producer in the world, Kemar ‘Flava’ McGregor and his No Doubt Records. Again, to me this is big stuff. Each and every edition of the series (which apparently has eight installments) has at least ten tracks, which means at least EIGHTY clean riddim tracks, including your favourites and mine such as the Rub-A-Dub and Flava’s greatest creation, the Triumphant (both of which are to be found on Vol. 8, shown here), the Rock Steady and the Sweet (both also on 8) and 83, the Key, the Classic, the Drop It, the Ghetto, the Serious Times, all of that wonderful stuff that you know and love. This one here is a GOLD MINE to me and heavy Reggae heads world wide as well, I’m sure. As for allllllllllll of that other stuff Flava has going on, however, hmmmm . . .
Digital 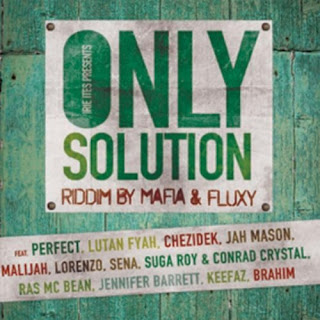 Wicked Frenchie label, Irie Ites, is at it again with their latest well done release, the very familiar Only Solution Riddim, which is once again laid by the reputable Mafia & Fluxy duo. If you’ve been paying REALLY good attention, then you’re probably going to recall the riddim for having backed Ras Mac Bean’s excellent tune, ‘Boot’s Track’ from his equally excellent album, ”Pack Up & Leave” which was released way back in 2004. The talented Guyanese chanter is back on board now that the riddim gets a full release, six years on, and with him, he’s brought a most interesting group of friends. Also voicing the Only Solution are the usual lights of II’s riddims such as Lorenzo with the title track, Lutan Fyah and Chezidek as well as veterans Jah Mason and Perfect and a whole heap of always interesting names such as Sena (big tune, ‘Rebel Woman‘), Malijah and Frenchie Brahim.

CD & Digital
{note: The actual CD has nearly double the amount of tracks as the digital version and is worth tracking down} 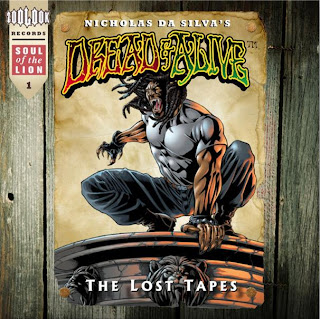 “Dread & Alive: The Lost Tapes ” [Soul of The Lion]
Okay and next up is this most interesting release, which I’m going to refrain from speaking about too in-depth so as to not make myself sound even stupider than usual. ”Dread & Alive” is apparently a comic book series which is set in Jamaica and the people who pen it, Nicholas Da Silva and Zoolook, have linked with the wonderful people at Soul of The Lion (who give us free stuff) (biggup SoTL) to make sort of a soundtrack for their comic book, which is apparently pretty popular. Well, it just so happens that SoTL is pretty popular as well and said soundtrack, ”The Lost Tapes” is brimming full of material from some of the clients of the PR company. SO what that means simply is that we have a very STRONG compilation full of the likes of people like Lutan Fyah (big tune, ‘Jah Will’ from the Clearly Riddim), Anthony B, Taddy P & Mackie Conscious, new Achis Reggae best friend Sahra Indio, The Itals (hey Susan!), NiyoRah (alongside Jah Mason), I-Octane and even Toussaint (‘Be You’). So, on the musical end, at least on paper, this one has one of the better lineups of the year. What exactly is going on with the comic book is another story, but I’m sure fans will eat up the vibes on this one.
Digital
Learn a lot more here 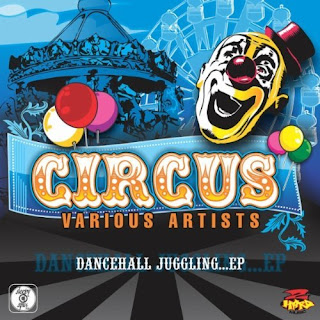 Jeremy Harding and 2 Hard continue their return to prominence, following the big City Life Riddim not too long ago and they return with what is the favourite riddim of my good friend Camille from United Reggae (hey Camille!), the Circus Riddim. This one isn’t anything special, it is an actual (kind of/ sort of) riddim, but the vocal performances, including pieces from the likes of Beenie Man, Sean Paul, Vegas and Ele, just don’t go much of anywhere to my opinion, but the reaction, in general has been nice, so maybe I don’t know what the hell I’m talking about. But it’s digital anyway, so choose wisely my friends.
Digital 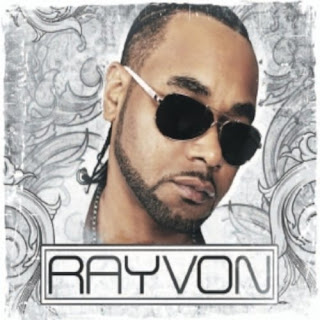 I’ve never really paid too much attention to Rayvon as a solo artist and outside of playing sidekick to Shaggy, I don’t know that a great deal of people have also, but I do know that, through his work, he has achieved a very loyal following. And now the talented Bajan born singer is going to give the rest of us an opportunity to know him better via his brand new self-titled album. I believe this is his first album release in eight years and it appears to be the same type of sleek and dancing type of material from his Big Yard work and such. Earlier this year, Rayvon did have a fairly big tune, ‘Back It Up’, which is also on the album (on the tune he foolishly calls out whining queen, Saucy Wow (and all that ass)), as are combinations featuring Snowcone, Red Foxx and others.
CD & Digital 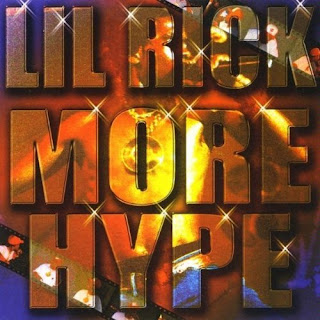 Lil’ Rick - “More Hype” [Monstapiece]
If I am correct, then Bajan Soca star Lil’ Rick’s album ”More Hype” actually dropped way back in 2003 and if that is the case then it is definitely pretty unusual that it just sort of pops up out of the blue onto a digital format for the masses, but I suppose that that has something to do with the fact that the label, Monstapiece, is seemingly digitizing their entire catalogue. Whatever the case in this situation, I use this album almost as an example of how NICE the world could be if we could get some of these old and all but lost Soca albums out to the digital market (I also found a Biggie Irie album, incidentally). It would just be a beautiful thing and as for this album in particular, although I haven’t been thrilled with Rick’s work over this past season or two, he’s won two Barbados Road March’s and . . . Well both of them, ‘Mash Up & Buy Back’ [2003] and ‘Hypa Dog’ [2002] just happen to be on this album. It’s also very fun and energet . . . You don’t need me to tell you that, hell it’s Lil Rick.
Extremely hard to find CD & Extremely easy and obvious Digital 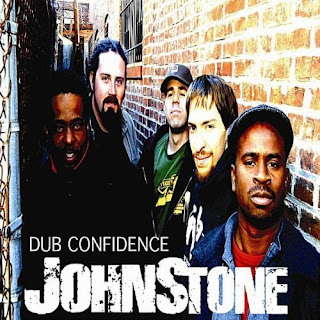 Johnstone - “Dub Confidence” [Johnstone Reggae]
I most certainly am no expert at all on the US based Reggae band Johnstone, but I’ve always managed to keep an eye and an ear out for their releases due to an album they had a few years back by the name of ”Eyes Open”, which was very solid despite the very strange voiced lead singer (and they also had another strong piece from a few years back by the name of ”Innocent Children“). Well apparently the group has had a great idea as we now get their latest release, ”Dub Confidence”, which features some of their biggest and best material dubbed out for 2010. I’m not sure how well known the band is, but the fact they’ve so wonderfully shown themselves to be excellent musicians and a FULLY FUNCTIONING REGGAE BAND (which is rare these days), so the fact that Johnstone is doing a Dub album should be a pretty big deal and I’m sure it is to their fans.
Digital 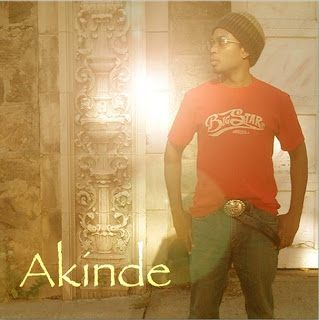 “Akinde” (EP) [Cocoyea Music]
And finally is another artist I don’t really know a damn thing about (slow week), but who has a tune on his new EP which caught my eyes and then my ears. I, very randomly, stumbled upon this release via scouring the internet for material from the previously mentioned Saucy Wow [bka Denise Belfon], who just happens to feature on the highlight of this three set release from Trini born and US based (I THINK) artist, Akinde. First of all, the other two tunes, ‘Looking Glass’ and ‘Passport’, are probably more emblematic of Akinde’s actual style, and they’re a bit more rappy (despite the fact that the latter definitely has more of a Caribbean influence than the former) and in that respect, I think I’d probably refer to Akinde as a rapper of sorts. But then . . . I mean you just can’t rap when Saucy drops in and that tune, ‘This Time’ is pretty damn spectacular. It starts off nice and slow, but when it starts pulsing you know the insanity isn’t far off and Belfon certainly doesn’t disappoint and Akinde, for his part, jumps in with more typical Soca deejaying and holds his own in the face of the absolute storm that is Saucy Wow. So keep an eye out for Akinde as well and go and pick up ‘This Time’, right now.
Digital
Posted by Achis at 12:32 AM