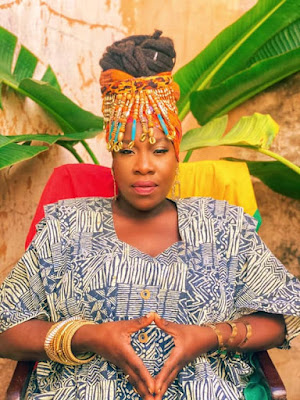 Okay so, when last we left the great and incomparable Trini Reggae empress, Queen Omega, it was November and she was delivering her latest creation, the very colourful "Stars Align" (there is no way I haven't mentioned her since then, but I like that intro so I'm keeping it), her varied and well-received EP from last year and, in my opinion, Reggae music's current most gifted female, is back with a couple of HUGE new tunes to get her 2022 started in a fitting form.
'Thunder Storm' [Irie Ites Records]
Most recently (just within the past week or so now), the Queen reached with the MASSIVE 'Thunder Storm' via the well reliable Irie Ites from out of France, on their new ASAP Riddim. This version of Queen Omega is flaming! She is more than a little perturbed at the state of affairs in the world and not only that, but she is in a downright STUNNING lyrical form.
"I si di Devil roaming and ah move widout disguise
I SI DI FALL OF BABYLON WHEN JAH PEOPLE RISE"
This one will probably go on to be one of my favourites from the Queen (which is saying a great deal), because it is EXCELLENT and, every once in a while, you just need to let off a bit of steam. Steam let off for Queen Omega on 'Thunder Storm'. And biggup Irie Ites, who're slowly rolling out their latest creation, the aforementioned ASAP Riddim as, along with this tune and a previous combination featuring Beenie Man, King Kong and Nuttea, they're also bringing, 'Raggamuffin', a tune from Anthony B which is set to release tomorrow as of this writing.

Queen Omega also popped up recently alongside another Achis Reggae favourite, Lyricson (I wrote a review for a Lyricson album in December, still  hasn't posted yet) (coming soon!) and Dancehall veteran, Red Fox for another French outfit --this one we have  never talked about on these pages -- L'Entourloop. In a wildly entertaining medley style, 'Florilège' finds all three artists dazzling... but you cannot tell me that it isn't the Queen who reigns supreme with her highlight-reel like vocals. 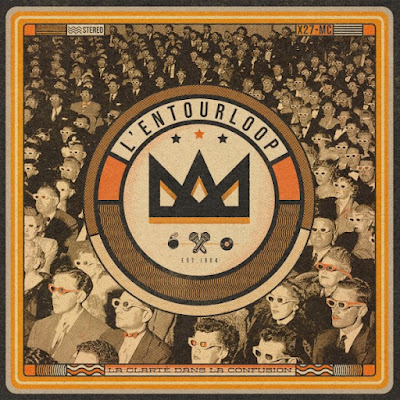 Just as was the case with 'Thunder Storm', 'Florilège' is also part of a bigger project as L'Entourloop is set to drop their new album, " La Clarté Dans La Confusion ["Clarity In Confusion"], on the 10th of June. L'Entourloop's previous efforts appear to have ventured somewhere between Reggae and Hip-Hop and, seemingly, this one does the same, but along with Queen Omega, Lyricson and Red Fox, Reggae heads will be delighted to see names such as Kabaka Pyramid, Ken Boothe, General Levy, Tippa Irie, Manudigiital, Alborosie and even Bounty Killer attached to this project.

So you already know what I'm thinking, don't you???? It's the same thing I've been thinking about for the past fourteen years now... but I won't jinx that. Instead, I'll just suggest that you take a listen to some of the BIG vibes dropped by one of the most talented Reggae artists of all time, the incomparable Queen Omega and maybe we can hope for..... okay, yeah, just do that.