SIGNAL!: A review of "Deep Conversations" by Norris Man 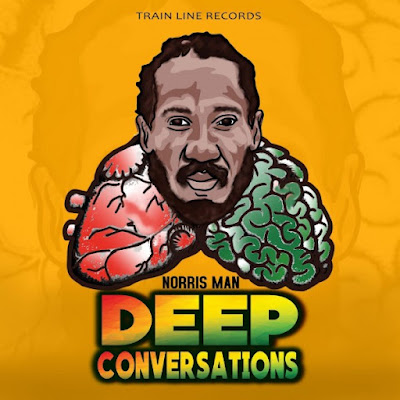 Building blocks. A travel back through the catalogue of virtually any artist who has had enjoyed a lengthy career can be a downright joyous voyage. There are so many things that're sure to grab your attention for one reason or another and, maybe, you'll even find a piece or two which you didn't even know existed. That's the case for so many and, I have to say, that some of the most fun I routinely experience in writing reviews like this comes in the research stages where I not only, occasionally, run into something new for me, but I also come across material which I just haven't heard in a very long time. When I do this and I'm already in the mindset to be open to the work of that particular artist, it is just such a good time I have going back through some of my old favourites from them before actually getting into what I'm looking at presently. I'm going to, admittedly clumsily (and I know that in advance!), attempt to make a point here and I hope I can be understood because it is an unusual one I think: We're lucky in a genre such as Reggae music where, at least historically (and still, to a degree, but not exactly in the same way), we have releases of all types of organizations and functions where not every single recording that comes down is an 'end of the world' sort of case. What I mean is that - we have artists who have giant songs and albums that someone has spent a great deal of money in creating and promoting, but we also have so many other sets which arrive as kind of 'under the radar' and more 'underground'. Now, when you take this and combine it with the fact that we also enjoy artists who have given us spells of hyperactivity, when you do go back through what they've done, you can literally run into FAVOURITE SONGS AND FULL ALBUMS that you have from an artist that you have not heard in YEARS! It is a feeling equally exciting as it is fucking strange and just something that I find myself very much looking forward to when doing my research. The obvious sets will not give you that same satisfaction because, obviously, you won't have steered too far away from a big song (like, say for example, 'Persistence' and the album named after it) (just putting it out there), but if you dive deeper into the catalogue of.... oh I don't know, maybe someone like a Norris Man, you can potentially find gem after gem which haven't popped up on your radars in quite some time. The career of the Kingston native has been, in its totality, has been remarkable and I won't dive too far into it because I have several times (and once not too long ago for his 2020 release, "Emerge" for Stingray), but the wailing chanter has seen one of the most curious of career trajectories in all of modern Reggae music. Still, with that being said, he has most continued the work and, when he has been in a good form, Norris Man has provided us with some very strong material and has built one of the most compelling vaults in the genre - but one whose real heat is reserved for only the most diligent of fans. 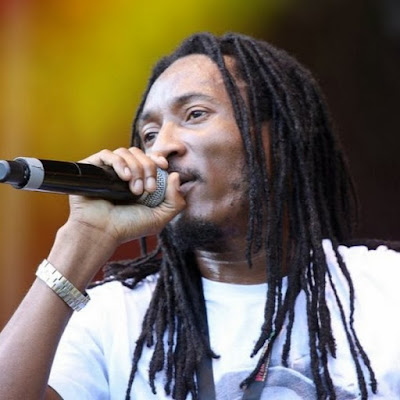 Overall, I'm thinking and I'm hoping that there's a pretty good chance that "Deep Conversations" is going to surprise quite a few people who stumble across it and just let it play. On top of that (and far more obviously), it's also going to make  a lot of people like You and I very happy. I say that to mean that it's probably a little better than I think most people will expect and after having dug into it for the sake of this review, up until the last few tracks, it's better than even I had left it for. One of the aspects of this release which now stands out most vivid is just how well it sounds. The musicianship and production is top notch throughout so biggup Train Line Records and all of the other producers involved: You have done your job well; and, as I said, background singers SHINE throughout "Deep Conversations" as well (I'm just right now casually listening to 'Dignified' and before this was 'Juvenile': EXCELLENT songs. Really, really good songs). As for Norris Man, though there may be no chance for an album like this one to catch fire and suddenly become this all-popular and all-conquering project that goes down as this big and legendary release, there is a chance (a 100% one) that it IMMEDIATELY goes down as one his finest in recent times which is saying a lot for someone as decorated as Norris Man. "Deep Conversations" seems set on a course to be yet another damn solid album from Norris Man which is sure to provide listeners with joy for years to come, building even higher a structure which is becoming increasingly difficult to see over.
Rated: 4.30/5
Train Line Records
2022
Digital
Posted by Achis at 12:35 PM