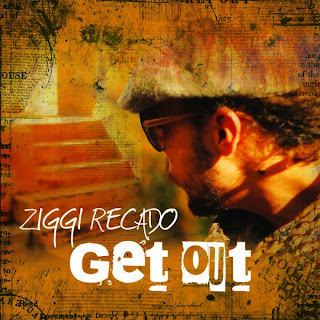 Okay first up is only a single, but what lies behind is definitely a very big deal. Achis Reggae favourite Ziggi Recado serves up his new tune, ‘Get Out’, for his homebase of Rock ‘N Vibes and VP. The tune is expected to be the very first single off his brand new self titled album, which is expected to drop in APRIL (that’s just a few weeks away now)! The kind of funky sounding tune sounds pretty nice and something different from Ziggi (you can hear it on Juno) and we cannot wait to get our paws on that brand new album (hopefully they FINALLY link up Ziggi and Maikal X) and apparently a video for this tune is forthcoming also.
Digital 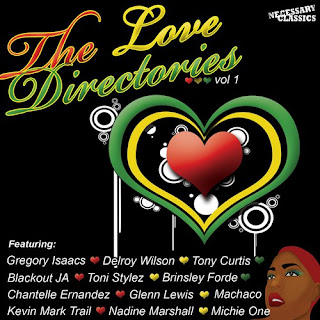 Next we have a release which is aiming directly at Valentines Day which was earlier this very week - A stacked compilation of big and solid Lover’s Rock from Curtis Lynch, Jr. and the fine people at Necessary Mayhem (going digitally courtesy of some other fine people, Zojak Worldwide) - ”The Love Directories”. While UK Reggae is traditionally built around Lover’s Rock music, in recent times NM has been one of the big young companies (definitely the biggest) to come around and change things up, but with this release, they prove they can play it old school as well. The album features contributions from the likes of the late and great Gregory Isaacs, Tony Curtis (alongside Angel), Delroy Wilson, Brinsley Forde, the always impressive Blackout JA, the flaming Chantelle Ernandez and others.
CD + Digital 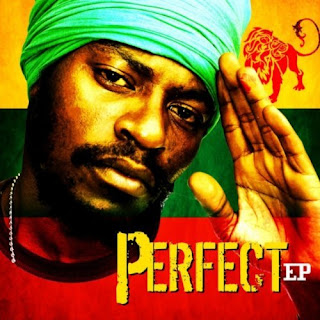 "Perfect EP" [Tad’s Records]
Well how interesting is this?! I was actually thinking not too long ago that it would be pretty nice if we could get an album from the most interesting Perfect in 2011 and apparently someone else was thinking the very same thing . . . Kind of. The always (over) active Tad’s Records, apparently misunderstanding what an EP is (or maybe I am) has released an ALBUM for Perfect by the name of, ”Perfect EP”. There’re SEVENTEEN different songs on this thing (eighteen tracks in total, with an edited version) and it’s still called an EP. Perhaps that’s the case because it’s stuff you know already. Tunes like ‘Kutchie Cup’, ‘Police Boy’, ‘Tax Extortion’ and even pieces such as ‘Handcart Bwoy’, ‘All I’ve Got’ and ‘Nuh Badda Mi’ highlight the tracklist of this . . . EP album which I suppose is a good time to catch up if you haven’t yet.
Digital 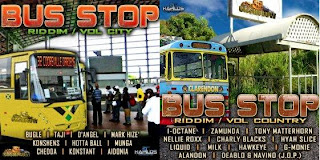 Here’s an interesting one (even though I don’t like it). Cash Flow Records steps up and releases a jam packed riddim, the Bus Stop, and does so in two editions - the City and the Country. To my ears 9which are almost certainly defective in this instance), it’s the exact same riddim on both and I don’t like it very much. The one difference you can see on the two is how the tracks were compiled. The more cultural artists such as Zamunda and I-Octane are on the Country, but that’s VERY minimal and as I look further, it may be just by chance (because Tony Matterhorn is also on the Country Stop. Also here is Hawkeye (yep), Aidonia, Hyah Slyce, Munga Honourable and Diablo & Navino from Aidonia’s camp who do pretty well actually on their tune, ‘Real Bad People’. Still, to my opinion, the only one to see BIG success on the riddim (out of twenty-two different tracks and acts) is a surprising D’Angel who chimes in with the riddim’s LARGE title track.
Digital 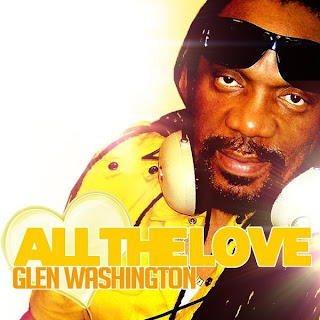 “All The Love” [EP] by Glen Washington [Tolen Music Productions]

Glen Washington has been making EXCEPTIONAL music for the pass couple of years or so and he’s quietly managed to become one of my favourite singers in the process also. Well, he’s back again with another big single for Valentine’s Day, ‘All The Love’, for Tolen Music Productions. The digital set features both the original song and a remixed version which features the increasingly visible Jhaytea from out of the very Reggae friendly Roatan. So definitely check this one out, but try to avoid actually watching that video because it is truly, truly awful.
Digital 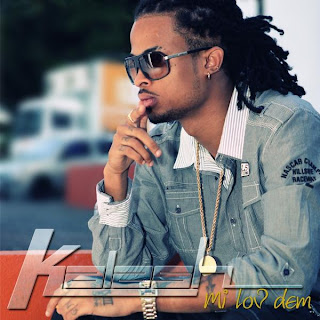 Another pretty big single comes through this week as the world’s angriest man, Kalash, provides a bit of Caribbean love with ‘Mi Love Dem’. Fresh off a 2010 which gave us his impressive self-titled debut set, Kalash has become an even bigger deal (apparently that album was pretty successful) and is keeping things going with this decent set. The digital release also includes the clean riddim which is nothing special.
Digital 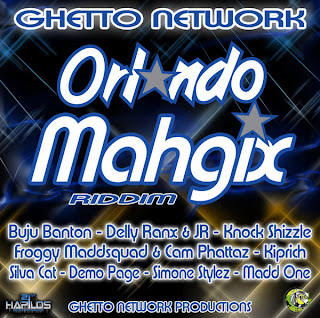 The Orlando Mahgix Riddim ( . . . Yeah) from Ghetto Network is short on good performances and short on big names as well and nothing about it, ostensibly, stands out too far. However, when you give it just a brief spin, you can CLEARLY hear that it is very very strong. I wish we could’ve gotten a few more talented names on this one because it is very good. Still, making good usage of it are the likes of Delly Ranx, Kiprich, Buju Banton (!) and the name which originally caught my ears as it turned out, the always over agitated and energized Silver Cat (LOVE Silver Cat).
Digital 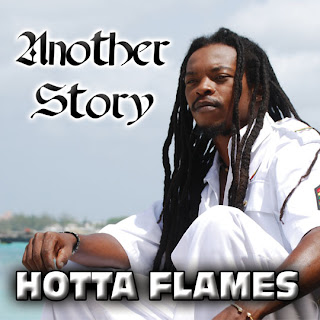 “Another Story” by Hotta Flames
Interesting thing here. Hotta Flames is a very respected chanter from out of Barbados and he had an album from before by the name of ”Life” which I listened to pretty deeply and I didn’t really enjoy it too much. But I came back to it later and I was significantly more impressed the next time around so I’m going to suspect (and do so rather confidently actually) that the same thing will occur here. Hotta Flames now brings forth his sophomore album (I THINK), ”Another Story” and just listening through the clips I’m already starting to change my mind on how I feel about it, but I’ve yet to hear the entire album. Beat me to it and let me know how it is.
CD + Digital 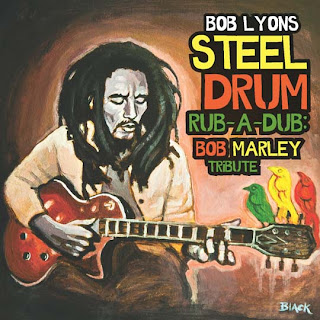 So maybe I’m in this kind of mood because of the time of year or . . . I don’t know. There’re probably a billion of these kinds of albums, I have no idea who Bob Lyons is and I’ve never been the biggest steel head in the world, but suddenly and shockingly I found clips of his new album, ”Steel Drum Rub-A-Dub: Bob Marley Tribute” to be absolutely delightful! Nothing here goes unexpected, it’s pretty much just Lyons playing Marley classics such as ‘One Drop’, ‘Rat Race’, ‘Is This Love’ (which sounds particularly impressive) and others and it sounds damn wonderful and we may take a closer listen someday and actually pick this one up. Check it out.
CD + Digital 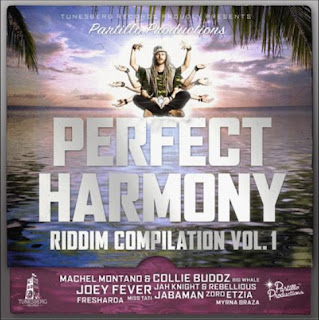 I suppose somewhere in the world Collie Buddz, Joey Fever, Jabaman and Etzia are bigger names (actually the first one doesn’t surprise me at all) and more well known than Machel Montano and that’s depressing, but who cares! This is a really cool release because I’ve known this riddim for the past two seasons (I THINK) (maybe it was from last year) and very shocking the Perfect Harmony Riddim from Tunesberg Records (apparently from out of Norway) is now available for your digital consumption. Of course the big attraction here is the tune ‘Fly Away’ which links the riddim’s two biggest names, Montano & Collie Buddz, in one sterling piece of Groovy Soca brilliance. But a couple of the other songs sound nice as well (and Etzia, for her part, along with having a cool name is very easy on the eyes) and I may have a listen to this in the future as well.
Digital

And Then There's This 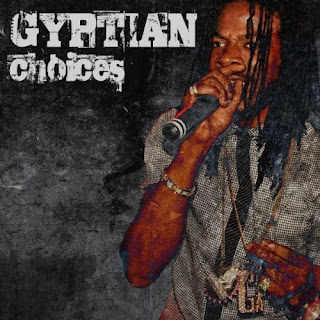 “Choices” by Gyptian [Kingston Records]
And finally, I thought that I’d throw this one in because I just may forget it the next time I do a ‘Coming Soon’ post and perhaps I can start early in getting the word out. Gyptian has a new album coming out. Whether he knows that he does, however, seems highly unlikely. Someone named Kingston Records is issuing up ”Choices” on April 12th from the singer and looking through the tracklist - It’s full of material that we know already. A great deal of it (and probably all of it actually) is produced by Kemar ‘Flava’ McGregor and when I first saw it and heard the label’s name, I suspected that it may be McGregor’s release or whatever may be left of the Bogalusa Records imprint that he used to make albums for, but it does seem unlikely to be something with which McGregor is directly involved because he sends 900 newsletters for everything he does and, of course, he just did his own Gyptian album last year, ”Revelations”. Anyway, this release is full of well traveled and EXHAUSTED stuff you should know already such as ‘Beng Beng’ (still love that tune for some reason), ‘Take My Money’ (which happens to float over McGregor’s recently completed Throwback Riddim) and even one of his first big hits ‘Mama’. You can pretty much think of this one as an expanded version of ”My Name Is Gyptian” and I don’t think the world was starving for such a release so step carefully here my friends.
Releases April 12
CD + Digital
Posted by Achis at 12:34 AM