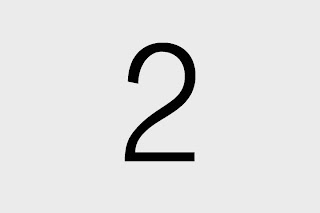 It’s pretty fucked up that on the same day that is the two year anniversary from when we first start a Reggae blog that a Reggae legend is convicted of a drug crime (three of them), but that’s exactly what has happened because, as you well know, Buju Banton was convicted of drug charges in the States and is reportedly looking at serving some serious time. And while I didn’t follow things too closely, you know where my allegiances are - I hope the man can get back to making good music as soon as possible.

So, with the rain well pouring on my most ridiculous of parades - Yeah, yesterday was the second anniversary of the first day, February 22, 2009 that we started blogging. This post is number 738 and in 2 years (by my most assuredly incorrect math), there’re 712 days and that’s a lot of fucking blogging and I’ve probably missed about a month of days worth of posting in there (surely that number is swelled by that night I lost my damn mind and posted lyrics upon lyrics from Messenjah Selah) (because I really wanted to finish that damn project). There are 288 reviews, which is approximately 40% and, again, that means a lot of fucking writing. I think that makes me pretty prolific and I think that when I’m long gone and this thing is sticking around here as a very nice source of reference (which I know that it already is according to some of my readers and my peers even), then the work will be most fulfilling . . . When I’m not doing it.

Biggup all the wonderful people we’ve met over the past two years. Definitely biggup Bredz for doing almost everything besides the writing and biggup the wonderful people, current and former, at Zojak Worldwide (hey Zoe!) and all of the labels and managers and people who talk about me on Twitter (hey Heather!) (thanks Heather!) and Facebook and everywhere. I don’t promote this thing AT ALL, so biggup all of those people for reading and passing the word on because we’re still getting new readers (who message us) like every week - biggup Matthew from wherever Matthew is from. Biggup the actual artists and producers who link us as well. Most recently there was a piece from Alpheus who enjoyed my review of his brilliant brand new album, ”From Creation” (in stores now) (although I don’t know if it’s online, so maybe Alpheus can link Zojak to get that done yeah). And of course Toussaint’s always around and Sherkhan and Flava and Shelly G (and Terry Gajraj everyday) (I don’t know how he did at Chutney Monarch, but biggup Rikki Jai who won . . . I don’t know how many times that is for him now) (okay actually it’s six for him now, but he hasn’t won from 2003) (his song wasssssss . . . I don’t know what it was, it was probably ‘High High’) (I hope he didn’t take CSM with that damn texting song). Biggup Tippy - and I just said that I wasn’t going to name person after person so . . . I’m stopping.
'High High' [may or may not have won Chutney Soca Monarch for Rikki Jai]

There’s no way in hell I’m doing two more years and I’m still planning on stopping sometime in the next 10 months, but it’s been so fun. Biggup all the people who occasionally link me to tell me I overrated something or my album of the year choice was wrong (it wasn’t), I LOVE passion and I don’t even care if it’s calling me stupid (because I’m right) (unless I’m wrong).

To celebrate, I will not be posting tomorrow. I will see you back on Friday for a review of Stephen McGregor’s new riddim, The Peppa. Saturday we’ll (HOPEFULLY) have Artist of The Month, Sunday there will be Big Tunes and Monday I’ll be saying goodbye for about a week and giving my sure to be wrong and hilarious predictions for Soca Monarch as well. 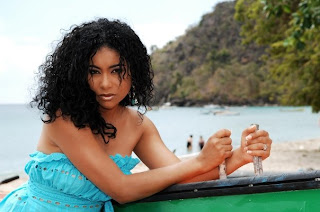 Tanya St. Val [no reason. Just felt like including her]

Thanks again everyone for sticking around for 2 years or shorter and we hope you continue to find something around here that you enjoy reading or looking at or listening to . . . Because you are INCREDIBLY easy to please and have no standards AT ALL.
BALANCE & Absolutely No Behaviour
RasAchis