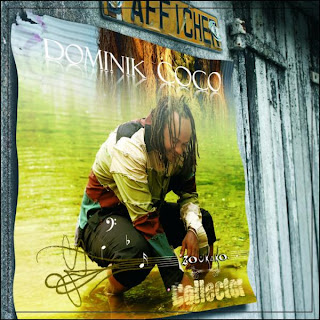 
'Zanmi-O'
Okay! Starting off the first edition of ‘Check It’ in more than a month is something I should’ve mentioned back in January because it’s a pretty big deal - The Collector’s Edition of ”Zoukako”, the brand new album from veteran Dominik Cocoa, courtesy of the apparently still flaming Don’s Music. While I’m the biggest fan of Coco’s, the Gwada native has a very rich history of making Kreyol/Zouk/Caribbean music and the fact that he has a new album is definitely a big deal. Furthermore, as far as I can ascertain, it’s also his first for Don’s Music and while the album doesn’t have the kind of youthful edge that you may expect (at least not to my ears), it’s still very very solid. Certainly guest spots from the likes of the incomparable Tanya St-Val (who sounds EXCELLENT on her contribution on ‘Sa Man Ka Mandéw’), V-Ro, Misie Gg [bka Fuckly] (yes, Fuckly) and even Junior Kelly help things on this very mature set which is not to be missed.
CD + Digital 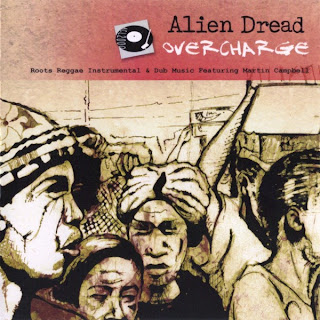 
'Overcharge'
Next we have a piece in ”Overcharge” which I don’t know a great deal about, but having listened through it for nearly a week now, I felt compelled to mention because . . . It’s pretty damn good actually. Alien Dread is a group from out of the UK and they specialize in Instrumentals and Dub so what you have here is just that and it is sublime musicianship and craftsmanship which makes up this fifteen track set. I heard a few familiar pieces as well and just look around, apparently the reaction for this one has been quite high so all of the Dub heads who used to bother the hell out of me - Have at it.
CD + Digital 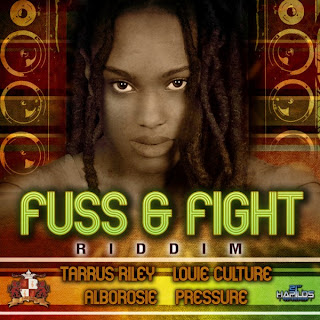 
Fuss & Fight Riddim Mix
Producer John John has taken it upon himself to deal with the . . . I suppose TECHNICALLY it’s the Far East Riddim, but we’re just going to call it the Fuss & Fight Riddim - Best known for having backed Barrington Levy’s ‘Fuss Nor Fight’ tune from a really long time ago. With his new version he’s spread it out to the formidable likes of Tarrus Riley, Pressure Busspipe, even Louie Culture and Alborosie (mysteriously absent from the official release is a tune from Sizzla Kalonji as well). These one just feels classy and well done and while Riley and Pressure top the quality scale here, every tune here (yes, even Alborosie’s) is at least memorable in some respect.
Digital 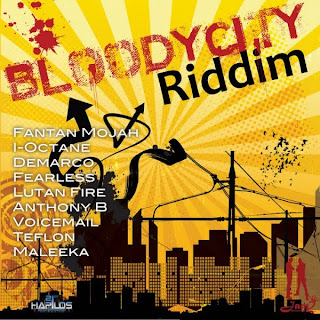 
Bloody City Riddim
John John’s brother, Jam 2, has also been hard at work . . . On something certainly, but you wouldn’t know that here as he just kind of randomly has put out the Bloody City Riddim digitally which is maybe two or three years old at this point. I’m not complaining, mind you, this HEAVY piece is a very strong composition and if it hadn’t been released to an album by now (and it hadn’t) (obviously) then why not do it. Anthony B, Fantan Mojah, Lutan Fyah, Teflon, I-Octane and Demarco all trod through this bloody city, but perhaps trailing a WICKED Fearless on ‘Hold The Faith’ (Perfect also had a nice track on the riddim, but it isn’t here).
Digital 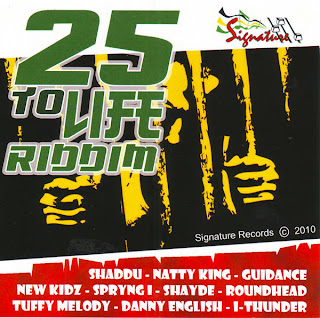 
'Hold The Faith' by Fearless
And to wrap up the riddim portion of this post, we have the 25 To Life Riddim from Signature Records which actually dropped last year, but just now arrives on album form. This one is kind of odd because it’s somewhat fairly straight forward, but when you listen to it, it clearly does have slight influences from other genres (maybe a little R&B, maybe a little Hip-Hop), but I don’t mind so much in this case. Perhaps that has to do with the fact that Signature links the likes of Shaddu (with the riddim title track), Roundhead, Guidance, New Kidz, a very impressive RC and a particularly effectively agitated Natty King to voice it - Good things here.
Digital 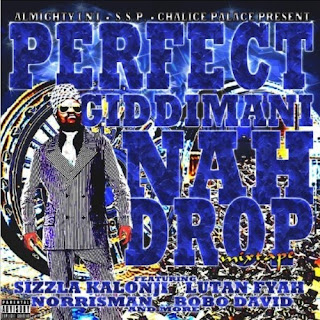 Perfect - “Giddimani Nah Drop” [Almighty INI Productions/Chalice Palace]
So we get a message a few weeks back from a semi-consistent reader saying that the always interesting Perfect had dropped a new album and it was called ”Giddimani Nah Drop” - Or something like that. Well that was kind of true and kind of inaccurate. Such a thing does exists, but it’s more of a mixtape. A company by the name of Almighty INI Productions has basically put together a Hip-Hoppish mixtape starring Perfect and featuring a few other VERY interesting guests (I saw the cover with all of those names and my face well lit up) (I know what you’re thinking - How did I know my face lit up?) (Trust me, it did) (dammit) (I digress). It’s pretty useless for me, but if you’re the type who enjoys COPIOUS amounts of Hip-Hop mixed in with typically very strange vibes from Perfect then you’re likely to enjoy ”Giddimani Nah Drop” - All 70 minutes of it.
Digital 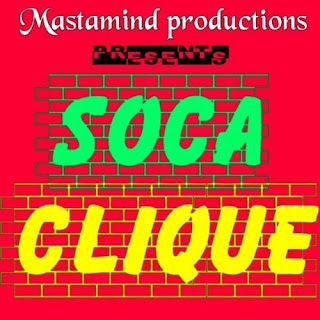 
'De Islands' featuring Lyrikal by Devyn
Waiting for the annual BIG compilation release from Shawn ‘Mastamind’ Noel??? Well you missed it - It was De Tin Pan Riddim, but that hasn’t stopped Noel and company from (thankfully) pushing out this cool little set, ”Soca Clique” which features a handful of really nice tunes. Of course, you can expect a lot of the Mastamind, himself, as well as Lyrikal and the world’s drunkest human being, Leon Coldero, but the main attraction here is the fact that ”Soca Clique” is the first album with any kind of circulation on which you’ll find a tune from 2010 breakout star, Buffy AND, were that not enough, you’ll also find ‘De Islands’ from an artiste enjoying a breakout in 2011, the adorable 9 year old Devyn - Good luck pulling that one out of your brain.
Digital 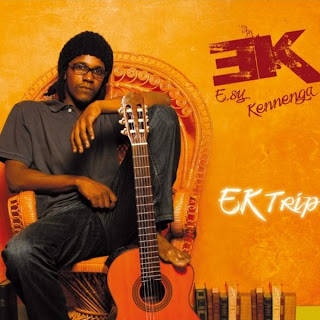 E.sy Kennenga - “EK Trip” [B Caribbean]
I probably should have found someway to mention this one last year because it actually released . . . Last year, but I didn’t and good music has no expiration date in my opinion. Last year, we did get the debut album (I THINK) from the always welcomed E.sy Kennenga, ”EK Trip”, from out of Martinique and we actually got it from an even more welcomed source in BCaribbean, the label of someone who may already be one of my favourite producers in the world, Joël Jaccoulet (who you know from having done brilliance for both Goldee and the divine Stevy Mahy). This album is highlighted by the fact that it’s almost impossible to categorize and qualify because the range it covers is just all over the place. It’s some Zouk, it’s more traditional Kreyol and maybe even a little Soca-ish at times but, by its end it’s just a wonderfully colourful set from an artist whose time has well come.
CD + Digital 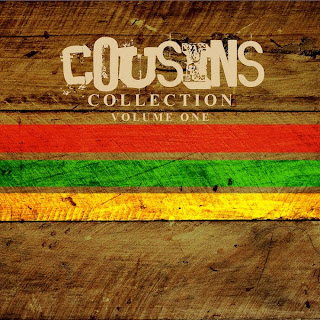 Cousins Collections [Cousins Records]
It certainly was no great period of time ago when Donville Davis’ Cousins Records imprint from out of the UK was, arguably, one of the most powerful Reggae labels in the world releasing GOOD albums from a really strong group of names and a steady stream of quality compilations and singles as well. But damn, how times have changed. These days their output has slowed to a crawl and, perhaps most tellingly, last year their pretty much guaranteed one release, Lloyd Brown’s latest album, ”Cornerstone”, did materialize, but on Brown’s own label. Since then, however, you have seen the label active in a few things and what they’ve now done is to release a six edition collection set which features a TON of stuff. By my (almost certainly wrong as hell) calculations there’re 112 tracks in all from pretty much everyone the label has ever recorded. None of it really stands out, ostensibly, but this is one of the greatest testaments to the digital age as of late - With that many songs, if you love Reggae (and you do), you’re likely to find something which you like.
Digital 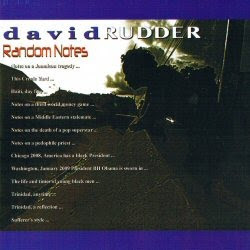 
'Drama Island'
While I haven’t actually gotten my paws on the latest release from the venerable David Rudder, ”Random Notes” (although we’re expecting it Thursday or Friday), the fact that it simply exists is a big deal and from the few tunes that we’ve heard from it, it appears to be maybe be one of his finest pieces of work. Rudder is an artist who deals with things in a way which set themselves up SO wonderfully for analysis so you can probably look forward to a review of this one sometime in April (and from what I‘ve heard of this one thus far, it‘s VERY healthy to my ears), but you should definitely pick it up yourself and have a listen in the meantime.
CD 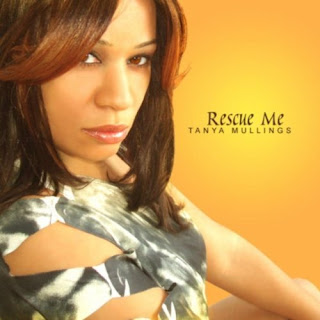 Tanya Mullings - ‘Rescue Me’ (single) [Rymshot Productions/Zojak Worldwide]
And lastly we have the latest single from Canadian based veteran (and certified CUTIE), Tanya Mullings, ‘Rescue Me’. Besides just being interesting because it’s new work from Mullings, the somewhat old school vibed song also, WONDERFULLY, comes via Dean Pond and Rymshot Productions who, following Kenyatta Hill’s ”Live On: Tribute To Culture” album seem poised to have a big year in 2011 (hopefully that year includes, in someway, Revalation). Tanya Mullings is just CLASS in whatever she does and this tune is no exception. So while it’s been nearly four years since her last album, hopefully this tune is also a sign that Ms. Mullings is also planning a vigourous 2011 as well.
Digital
Posted by Achis at 1:35 AM