This week we have a pretty nice selection of videos from the likes of Queen Ifrica, I-Octane, Mr. Vegas and a Medley featuring a big bag of heavy hitters. ALSO, we there was a very healthy set of videos from French Caribbean acts so we did a double dosage this week. Enjoy. 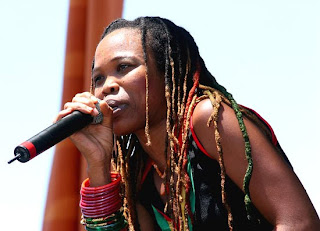 
‘Times Like These’ by Queen Ifrica [Directed by 13th Tribe Productions]
First up this week is the latest video from Reggae star, Queen Ifrica, for ‘Times Like These’, her cut of the big City Life Riddim of 2010 from Jeremy Harding and 2 Hard Music. I’d actually told myself to go back and have a next listen to this riddim in general because I didn’t pay it as great of an attention as I ‘should’ have and here comes the video to provide the final bit of impetus. First of all, the song is EXCELLENT. Ifrica always shows her best at the time and this tune may be some of her best in quite some time. And the rather adventurous video is also pretty stunning. Despite some of the depressing imagery, the video has a very CLEAN look to it to my eyes and while it follows a ‘traveling’ Ifrica (not really), by showing her in several different settings, what it really does, at least to my opinion, is to show her, and thus people in general, in various different walks of life - Affected by the state of the times. I Also love them actually bringing in the images of the greats that she mentions, as well as some of the other visual specials they bring in. And finally, certainly something should be said about the fact that Queen Ifrica . . . Looks pretty good! Probably the best I’ve seen her look in one of her videos and that’s definitely a part of the appreciation here as well.
Video Rated: 4.5/5
Video - Song Link: 4.5/5

'Black & Proud [Nah Bleach]’ by Mr. Vegas [Directed by Jay Will]
I’m going to try as hard as I possibly can to go around the obvious here (preferring, instead, to let Admiral T do that for me) which is behind Vegas unfortunately feeling compelled to weigh in on the even more unfortunately recent issue of BLEACHING in the ‘Dancehall’ (or whatever you want to call that place these days) (the ’HELLHALL’) (biggup Mario), with 'Black & Proud'. The tune? I like the song - The smallest reason why surely isn’t the fact that utilizes a retooled version of the Zombie-like (resistance) Bam Bam Riddim (you could probably set that riddim behind someone coughing for four minutes and it would still be nice). But lyrically the song is impressive as well (“Mi get a Black baby, from a Black lady. So mi proud of mi colour and mi nah change it”). The video, as expected, is pretty funny (the most hilarious part being when the guy sales the woman a tube of cream which CLEARLY has been previously used), but it’s also somewhat poignant as the woman, in the process of losing her damn mind, is snapped back into reality by seeing her daughter applying that . . . Shit after seeing her mentally ill mother do the same. Biggup Vegas for not only this set but having a STRONG last couple of years or so - Hopefully a big album is not too far off (and I’m pretty sure this video features full blown nudity).

‘Nuh Ramp Wid Wi’ by I-Octane [Directed by Asha Michail]
Surely it was only a matter of time before someone took the exploding I-Octane and put him in a more ‘club-like’ video and (I’m pretty sure that this must’ve happen before at some point, but I don’t pay very good attention) here it is. In his latest clip, for ‘Nuh Ramp Wid Mi’, Octane reaches the club amongst other places. Looking through this one initially I thought it pretty harmless (and it still is), but I didn’t like it too much and while I’m not as blown away by the video itself (the tune, however, is very strong) I do like it more now (somewhat it resembles the video for ‘Click Mi Fingers’ by Erup, which the song also resembles slightly in my opinion) as just about anytime you have a club song which takes the show on the road - That’s a good idea (and so is adding a few really attractive women).

The Captain Riddim Medley featuring Wayne Marshall, Tarrus Riley, Sizzla Kalonji, Jah Cure & Pressure Busspipe [Directed by Winston ‘Tyson’ Mayhew]
I’m actually not much of a fan of medley styled videos (or videos in general for that matter), but I think the video for Yard Vybz’ Dubby Captain Riddim is pretty good without trying to be anything too spectacular. It links up Wayne Marshall with an update is his ooooooold tune ‘Captain’, Tarrus Riley, Sizzla, Jah Cure and a surprising Pressure who I don’t know for sure that I recall hearing on this set, but who does his usual excellence. Again, perhaps this video will get me to go back and take a next listen to this riddim again and as it points out, it is currently digitally available (although you won’t get the Pressure tune when you pick it).
Video Rated: 4/5
Video - Song Link: N/A [because it is five different damn songs] 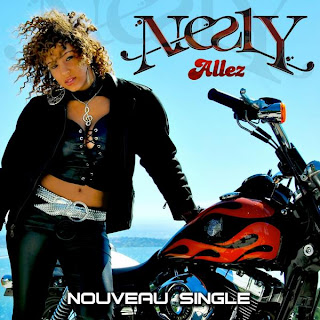 First from the Frenchies we have, to the surprise of no one I’m sure, the frenetic and just always entertaining Paille with a video for the biggest tune from his big new album, ”Inflammable”, ‘Réd Son’. Although pretty ridiculous, you don’t expect anything different from Paille do you? The man is just always energized and always HILARIOUS on the video. Here we have Paille mashing up school and doing so at the benefit of an outcast and bullied youth. Paille plays teacher, nerdy student, mentor, court jester and even dons his signature straw hat in this visual piece of frenzy and I LOVE it. Not to be lost in the midst of this mess is Paille’s skill level. Don’t let the clowning fool you - The man is a master at this when he wants to be (“I play music, but I don’t play!).
Video Rated: 4.75/5
Video - Song Link: 5/5

‘Allez’ by Nesly [Directed by Alexandre Roux]
Okay so, I probably could have mentioned this one almost six months ago because that’s how long it’s been around (and in relatively decent rotation around here from at least the beginning of the year I’d say), but as usual, I’ve been a bit behind in regard to the video. Nesly is an up and coming Zouk singer (I think she’s from France, but her family is from Martinique and Guyane) who snagged a big hit for herself when she dropped ‘Allez’ last year and here is the video in support of it. The tune itself is GOLD, it’s a very strong and sexy tune and the video well takes advantage of that. As someone with a healthy fear of the dentist, I don’t think I’d have as much of a problem going in for a cleaning if my Dentist or her assistant looked like Nesly (and not like Gargamel) (biggup Buju) and you know you have something special when you can make such a thing SEXY (oh and Nesly, when you knock me out if you wanna . . . Yeah. You have my permission).
Video Rated: 4.25/5
Video - Song Link: 4.5/5

‘Régine’ by Mighty Ki La [Directed by Seven Art Studio]
The normally extremely agitated Mighty Ki La from out of Mada is back to tell the truly ridiculous but infectious story of ‘Régine’. I-Octane also had a dance/party song in this post, but that song had absolutely NOTHING on this one, ‘Régine’ is MADNESS and . . . Now that I think about it, not too far from the insanity that we’re used to MKL bringing just about every time out. This is a big tune and hopefully we’ll find more on his next album, which is apparently called ”K-rakter” and which we’ll hopefully get before the end of the year. Biggup Régine, every time.
Video Rated: 3.75/5
Video - Song Link: 4.5/5

‘Call Me’ featuring Ce’Cile by Yann Sélo [Directed Arthur Valverde]
Zouk sang by men is pretty much confirmed evil, but I’ll mention this one and you know why I am. With the exception of the NOTE which I hopefully included here I don’t know a great deal about Yann Sélo, but I believe he’s from Guyane (or his family is) and he obviously looks like a mixture of American R&B/Pop singer, Tyrese and Tricky and, strangely enough, I don’t feel inclined to look up anymore after this, but big him up still because he apparently wrote this tune, ‘Call Me’, and he has an album forthcoming which you should look out for.

Unsurprisingly my focus is FIRMLY planted on his co-star for the video, Achis Reggae and Earth favourite, Bad Gyal Ce’Cile. She looks quietly SPECTACULAR. She looks really really good and I even appreciate how the tune basically ‘colours’ itself for her spot - Obviously the highlight of the tune for me and Ce’Cile has a nice history of vibing with French and French Caribbean acts and she continues it to the fortune of Yann Sélo and everyone else who gets to listen to this tune which is growing on me.

As for the video, it’s pretty much what you might expect and very simple. Women, apparently, like to look at men who are wet up and sweaty looking so it magically begins to rain indoors on Sélo. Unfortunately, our heroine doesn’t stick around when the water show begins, but have I mentioned that she looks REALLY good when she does cross the screen?
Video Rated: 3.5/5
Video - Song Link: 3.5/5
{Note: I used to have a mixtape featuring Dancehall from Guyane and there was a DJ on it who I believe called himself ‘Beo’ or something like such who had a STUPID song where he literally would say everything he was doing . . . “like Yann Sélo”. I think it was a freestle, it was completely funny and I haven’t heard it from then. So biggup Yann Sélo}

**Bonus** Making of ‘You & Me’ by Saïk **Bonus**
And finally I thought that I’d mention this even though the full video is set to drop later this week I believe. The MASSIVELY talented Saïk is set to drop his second album sometime in 2011 and to get the ball rolling here’s the very first single off the project, the unifying ‘You & Me’. Here, we go behind the scenes with Saïk in Gwada and later in Martinique to film the video (part of it also, reportedly, is filmed in Guyane to match the tune). I have actually heard the tune and it’s very nice - Slower, but you can still crystally hear a lyricist who is . . . Just better than almost everyone else and I CANNOT FUCKING WAIT to get my hands on that album.
Posted by Achis at 12:11 AM