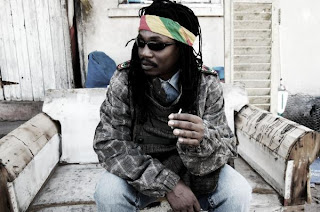 Mark Wonder
Okay so, early this past weekend, I found myself going through the ‘archives’ [house boxes & shoeboxes] in order to satisfy the first ‘Vault Review’ in quite some time (I would ultimately settle on reviewing the X-Man’s album, ”Atypique”) and, as usually occurs in such moments, I found myself so wonderfully sidetracked at some point. While, more often than not, what typically happens in these instances is that I’ll end up trying (unsuccessfully most times) to try to track down some completely random tune or riddim which my mind has fixated on for some ridiculous reason (enjoying the journey still), this time I was just thrilled with what happened because it’s subsequently given me now four or five days of re-finding the passion for the AMAZING vibes of the one Mark Wonder.

What started it all was diving into Lutan Fyah’s ”Phantom War” for the billionth time and, of course, buried on that album at #16 is the tune ‘Still Deh Deh’, which features Mark Wonder and naturally that would lead me to Wonder’s album, ”Victory: The Mystery Unfolds”, where the same tune appears and then, further, onto my personal favourite release from the singer, ”Break The Ice”, which is similar to that release in terms of the songs present on them both (they share a number of tunes). And there I was stuck -- On the ice -- for hours -- Not complaining. 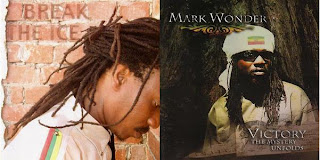 Eventually and somehow (I don’t drink alcohol), I ended up with tears bolting down my face and lost in some vibesy euphoria in my brain and I still think I’m there in some respects. Seriously, listening to this man’s music, it’s hard to imagine why he isn’t one of THE biggest stars in Reggae music. We can talk about popularity in the terrestrial sense or about promotion and these things like such, but for me, just listening to the music, which is what I do and which is what YOU do, the situation of his not being a MUCH bigger star than he is, is getting ridiculous. In the past year or two, I’ve began to count Wonder with artists such as Chezidek, Pressure, Mr. Vegas, Assassin and others whom I feel have just been on a musical ROLL over that period of time as far as their respective quality levels - making some of the best music of their careers, but having gone through what I’ve been vibing as of late, Wonder has been on that hot streak for his entire fucking career, apparently. The man’s voice is just STERLING and so clear and so powerful and he uses it to literally douse these very well written pieces in the necessary passion to make them great songs and I probably ran into at least a dozen GREAT songs, without question. And really this man should be one of the definitive Roots Reggae singers of this era and in terms of popularity, he’s very far from that.


'Fighting Soldiers'
Because I absolutely love distractions, the tune ‘Don’t Cry’ which features Anthony B would lead me to the ”My Hope” album for awhile and then to a song which I don’t believe I’ve ever paid much attention to, ‘Fighting Soldiers’, Wonder’s cut of the Design Riddim (and you know there was some Sara Lugo involved in there somewhere). And that was pretty much it. I had to go and take a taste of the ”True Stories of Mark Wonder & Friends” album (‘Still Deh Deh’ again), because for some reason I simply had to hear Ziggi Recado on a track with Mark Wonder and there is located the ‘Ganja Station’ and that beautiful project also features pieces with Wonder alongside Luciano and Everton blender, two singers who have achieved the level of stardom I think is deserved by Wonder at this point. 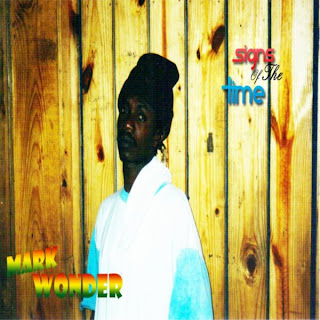 "Signs of The Time"

So pretty much from then I’ve DAMAGING my brain with every bit of Mark Wonder’s output I could get my hands on and a couple of days ago as the notion of a new list continued to develop my energy for doing continued to fizzle out (although you’ll likely get it next week anyway), I decided to write this feature you’re currently reading and if I were having any second thoughts (and I weren’t) what took care of that was Bredz’ stumbling upon a ‘new’ album from Mark Wonder and someone named Carmor Productions . . . By the name of ”Signs of The Time”. The album isn’t new, it’s more than a decade old at this point, in fact, it is his very first album release and one which I’ve been looking forward to hearing for YEARS! It’s now available through the magical people at Zojak Worldwide and it was well worth the wait. So many tracks I haven’t heard previously and although I’m certainly not saying it’s the greatest album in the world, it’s just damn good and I believe it’s dated back to 2000, which just goes to show how consistent Mark Wonder has been.

'Signs of The Time' [TEARS!]
So, as I started out looking for the first ‘Vault Review’ in awhile, it took me some time, but I did find it and you can expect a full review coming soon. Until then, however, pick up something from Mark Wonder and behold one of the most underrated Reggae artists of all-time.
Posted by Achis at 12:17 AM