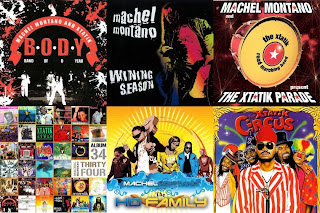 Machel Montano & Xtatik [Ruf Rex Records/Xtatik Ltd.]
Just in case you didn’t get the link - Yes. Hell has actually frozen over. Evidence? Over the course of the past two or three weeks or so we've began to see a great deal of the catalog of Soca supernova, Machel Montano, & Xtatik, begin to go digital! Soca just doesn't do digital too well and following a recent surge by the incomparable Destra, now having Machel's material also go the same route, there's definitely something weird in the air (Bunji, my friend, your turn!). ”Wining Season” [aka "Flame On"], "Album 34", "The Book of Angels", "Heavenly Drum", "B.O.D.Y.", "The Xtatik Circus", "The Xtatik Parade" . . . All of that stuff (and more!) can now be picked up digitally. Be afraid my friends. Be very afraid.
CD + Digital 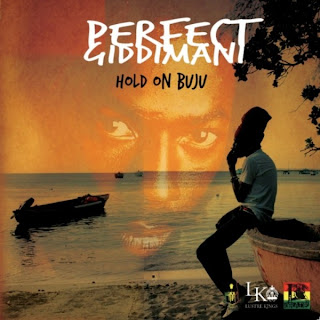 Buju Banton once voiced a remix with Machel Montano for his tune, 'Make Love' and now that he’s come under a great deal of hardship in his life, the music community has definitely opened up the love for 'Gargamel' (the connection there was absolutely horrible and I’m ashamed) (obviously not enough to rewrite it, however). The latest to jump in (and one of the most impressing) is Perfect (from St. Ann!) with his single 'Hold On Buju'. The most eccentric and colourful of chanters delivers the tune which also just happens to be the very first single from his forthcoming studio album, "Back For the First Time" for the well respected Lustre Kings Productions from out of California (and I’m pretty sure the Zion I Kings are working on the album also) (biggup Tippy) which is expected later this year. It’ll just be so interesting to hear Perfect on those sets with a few twists thrown in as well, such as this nice effort here.
Digital 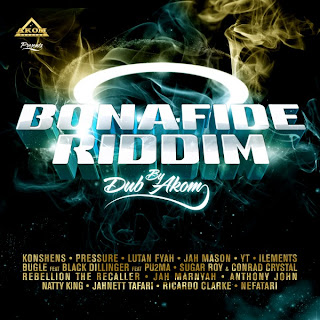 
Riddim Mix
Big! Last year, I declared the Vitamin & Highlight Riddims album to be the single best Compilation of The Year and now its creator, the French based Akom Records, has delivered its followup, the STERLING Bonafide Riddim. Besides the actual music on the sets, the two previous compositions were notable because of their outstanding lineup of such a wide variety of vocalists and that hasn't faded here none at all. Pressure Busspipe, the WICKED Jah Marnyah, Lutan Fyah, Konshens, NATTY KING, Rebellion the Recaller, Black Dillinger & Bugle, Jah Mason, Ilements (!) and MORE all make big appearances on the Bonafide Riddim, which I hope to be sinking my critics teeth into very very shortly.
CD + Digital 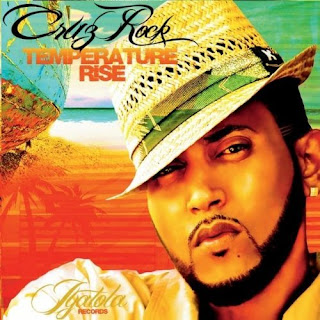 
'Temperature Rise' featuring Jahdesta
While the USVI has definitely developed a signature sound -- Very very heavy and almost old-school Roots Reggae -- it is nice to see someone go 'against the grain' just a bit and the latest to do so following people such as De Apostle and others, is the St. Croix born Cruz Rock who now brings forth his debut album release, "Temperature Rise". His music is more of a Hip-Hop/Dancehall/Dance blend which, almost certainly, has more mainstream aspirations. I've never really known him to do any other style of music, so while it may not be my favourite set, I've nothing bad to say about his work. Also, Cruz Rock has worked with Carrion Entertainment (biggup Justo) who always does solid work. Anddddddd you can also check out the infectious first single from the album and title track, which features the (EXTREMELY ATTRACTIVE) very talented Jahdesta.
CD + Digital 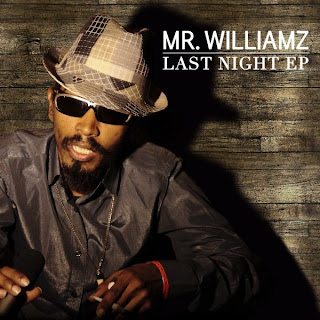 Mr. Williamz - “Last Night EP” [Necessary Mayhem/Zojak Worldwide]
This one has been around for almost a month at this point, but we just got it and, of course, we’re always going to pay AMPLE attention to the works of the devastating UK export, Mr. Williamz, whose latest piece of work goes to build his "Last Night" EP from Necessary Mayhem. Williamz had well created a BIG stir going back to 2009 but he’s seemed to have plateaued in terms of hype. Now (hopefully leading up to an album release) he’s ready to get people like you and me talking again with the five tracks on this piece. This one is everything you might imagine - Top notch old school resets from Curtis Lynch, Jr. and company and dominant rhymes from Williamz. It won’t take much to bring him FULL time back to my players (this probably did it), but I cannot fucking wait for that full album.
Digital 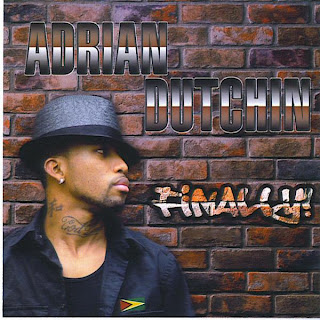 
'Mr. Wukup'
Speaking of plateauing - Not very long ago (2009) I was EXTREMELY high on one of the most popular acts coming from out of Guyana (hey Shelly!), former multiple times GT Soca Monarch, Adrian Dutchin. I felt like he all the potential in the world to follow in the line of singers such as Edwin Yearwood (and he did that, literally, by singing with Krosfyah), Rupee and Kevin Lyttle as far as making mainstream leaps and apparently I wasn't the only one. Quietly Dutchin linked with the digital wing of major label, Island Def Jam (which, given the process that apparently includes, may not be as impressive as it sounds, but it’s probably worth it to have your name associated with them on a digital site) to deliver his most recent album, "Finally", to the masses, digitally. Some (most) of these songs (there're twenty-one of them), I don’t know, but I was so happy to see a trio of my favourites in succession - 'No Place Like Home', 'On Me' and 'Mr. Wukup' - on the album and, those three alone are probably worth it, but thankfully, there're other nice tunes here as well.
CD + Digital 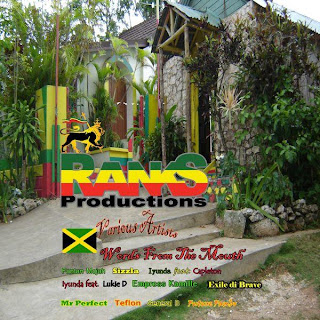 "Words From The Mouth" [Ranks Productions]
How interesting is it that I knew CONSIDERABLY more about this one a week or two ago than I do now? . . . Anyway. Check out "Words From The Mouth", which is a very good compilation from Tony Ranks & Ranks Productions, with ten tracks spread across three of the label’s somewhat similar riddims - the Fire Rocker (the best of the trio in my opinion), Realout and Rockaround. Providing the vocals are the likes of Sizzla Kalonji, Capleton, Teflon, Fantan Mojah, Perfect and others. Class release here.
CD + Digital 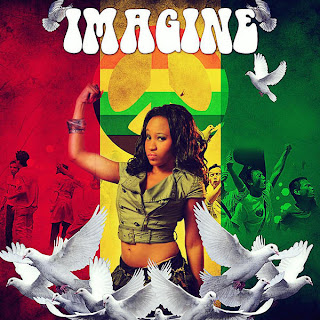 'Imagine' by Megan Walrond [New Generation Music/EMI Music]
One of the legitimate breakout stars of Soca music, in my opinion, of 2011, Megan Walrond is continuing her good fortunes by making (I THINK) her digital debut in a . . . very odd way. 'Imagine' is a cover of a legendary song of the same name by former Beetle, John Lennon. Megan doesn't 'maddenize' and 'Soca-fy' the song, instead she took it with a one-drop in a more Reggae-ish direction and . . . I may or may not be starting to like this one. Biggup Megan Walrond and a big congratulations for her successes and hopefully 2012 will be even bigger.
Digital 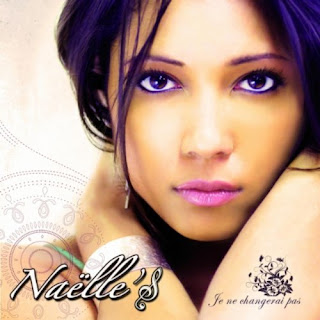 
'Je Serais La'
I was so happy to see this one had been released as, quietly, I had been well impressed by a young (and SEXY!) Zoukie by the name of Naëlle over the past year or so and I knew virtually nothing about her, but here we have the biggest reason to get to know her better, her debut album (I THINK) "Je Ne Changerai Pas" . As it turns out, Naëlle is actually from Réunion Island (biggup Malkijah) and that wasn’t the only bit of information I discovered behind this one releasing. She also was behind another big tune that I remembered, 'Recommencer'. ALSO, Nicky B (who LIVES on Zouk and Kreyol Dancehall tracks) makes an appearance. I’m REALLY liking the vibes on this one and I may even slap a review on it next week. Biggup Naëlle.
CD + Digital 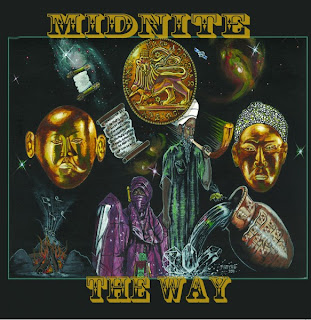 **Bonus** Midnite - “The Way” [Rastar Records] **Bonus**
Did the "Treasure" album not release in 2011? Whether it did or it didn't - Vaughn Benjamin/Midnite returns with his/their latest release for Rastar Records (which has to be the fourth or fifth???), "The Way", which is in stores, reportedly later this week.
CD + Digital
Posted by Achis at 12:08 AM