As we'll discuss in far more detail on tomorrow - There're a whole heap of things which are DAMN distracting about Ce'Cile. If it isn't a one thing, it's definitely another which can certainly take one's attention away from the fact that, 'oh yeah', she does actually make music, doesn't she? The music, itself, can also be dynamic and have other more 'flaring' traits which can drag the listener's concentration even further away from what she's actually saying. However, for anyone who has managed to sift their ways through the (WONDERFUL) aesthetic pull of Ce'Cile (and you can apply that in just about any way you choose to) and actually delve into her lyrics - YOU know that it is an area in which she hasn't gotten the credit that she deserves in her career. It hasn't all been a show of smoke, mirrors and CGI for her, there's definitely substance behind that captivating veneer. That's where I come in! In celebration of week (two days) packed of her, today we have a look at the colourful and clever wordy work of Bad Gyal Ce'Cile! 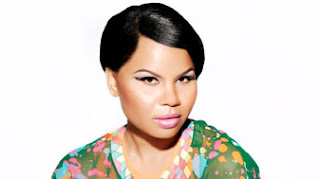 "When mi want it
Ah it mi want not itty
Any position mi inna fi tek it, you betta gimme
Been there, done that, so nah badda sorry fi me
If you dweet and flop, outta road mi ah bring it
No badda play round and ramp lak pickney
Dun have di axe
Yow a swing, you fi swing it
Here mi ah wheeze, a nah vicks you a gimme"
-'Fool'


"Nuff a dem a sing bout a slackness dat
Lie dem ah tell cah di gyal dem chat
Bout dem nah bow, well, mek wi watch -
How dem pon video, under di frock
Him ah talk bout "oh", "no"
Bwoy a freak unda di sheets
So, How. Come.
Him ah tell a nah fi dweet
Say what you wanna say -
You haffi bow fi get some
An any bwoy weh nah go dung
You know dat get bun!"
-'Do It To Me'

"He's given me happiness
Yes
Treats me like a princess
Yes
So mi couldn't give him no less
Yes
Than the good, better and the best
Yes
Sometime, mi put him to the test
Yes
And him nah end up inna no mess
Yes
When he's wid me, him no see di rest
Yes
Di man yah deserve mi respect
Yes"
-'Waiting'