'Nice To Know Ya': A Review of "Backyard Boogie" by J-Boog 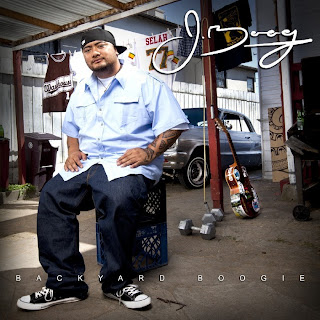 Although we pride ourselves, somewhat, as being people who routinely go out of our way to focus on a very diverse and, perhaps, lesser known group of artists, it's definitely always nice to deal with someone who is drawing a very big interest from those outside of the Reggae community occasionally. It is one thing, of course, to look at someone like a Shaggy or someone on that level and see this almost astronomical amount of attention which they get (which almost puts them into an entirely different category), but it's another when we come across an artist who, for some wholly other reason than he/she makes a brand of music which is intensely marketable and is still grabbing the eyes and ears of fans who normally wouldn't even take a spin of Reggae music. This is just fantastic (!) and is made even more so when this person or group deals in a more 'traditional' form of the music. Currently - to think of someone who would fit under such a distinction - There's definitely German Reggae star Gentleman. I don't know how many fans he's brought to our music, or just to himself, but I'd imagine that years from now he'll probably be looked at as some type of pioneer of sorts for bringing European (and then worldwide) fans to the music who latched onto him for some reason or another. And because I refuse to downplay him or his immense talents when at his best (because at his best, even though he'll likely be underrated FOREVER, by the hardcore Dancehall heads), surely we can put Sean Paul in this box, to an extent, as well. Yes, he did step well outside of the realm of Dancehall eventually, but many of his initial international hits like 'Gimme Di Light', 'Get Busy' and 'Like Glue', were undiluted at the time and they probably sold a lot of records for Elephant Man, Wayne Wonder (who also could be included here . . . And just were I guess) and the likes and who knows what large number of fans are still sticking around (listening to this bullshit) who jumped on board during that era. Only time will tell if the individual with whom I am absolutely about to enjoy writing about today will someday be able to fit into a lofty role such as those, but if the early buzzes are any indication - the most unfortunate fans of the world who don't typically accept that Reggae is King, Queen and everything in between when it comes to music, are paying attention to J-Boog.

Who?
Sweet singer. I don't know how you can pick a name as original as "J-Boog" and then have a problem with . . . Originality. Boog apparently shares a name with a former member of Pop group, B2K, which is just strange, so perhaps (wrong) many of the people who seem have been taking an interest in his music have been under the impression that he is, in fact, the other J-Boog (and, upon further research, also using the moniker is an extremely angry Hip-Hopper). OR (right) they've been musically hypnotized and seduced by one of the most BLAZING Reggae artists currently on the scene, the California born and Hawaiian musically grown, J Boog. While I could offer you a few names who have been on similar rolls over the past year or so, I don't think that I could give you one who has attracted such a great deal of attention as Boog. Why is that? Maybe I'm just dumb (there's always that) or maybe it has something to do with the fact that J-Boog's music, when at its best, as it has been as of late, is so easily transferable to fans of R&B, Pop and other more mainstream-centric genres. On top of that is the actuality that Reggae music is just so strong and when you can place it into the proper channels or proper 'package' for the masses to enjoy - Surely it will never fail. J-Boog, much like Gentleman has been very interesting because, along with creating that more widespread level of awareness from fans, he’s also done it within the more typical Reggae communities, which is why I’m now writing about him and you're now reading about him. A good example of that is just how active he's been for more usual producers, outside of his own homebase, Washhouse Hawaii imprint. He's recorded for the likes of Special Delivery, The Bombist (aren't they kind of the same thing?), earlier this year he vibed for Dean Fraser on VP's "We Remember Gregory Isaacs" set and there's also the producer with whom he'll likely most be associated with for a very long time, the greatest all-around producer of Reggae music from this era and the one before it, Don Corleon (more on him in a second). 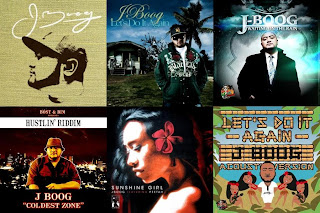 J-Boog digital releases
And his music hasn’t suffered in quality at all, obviously. Instead it's risen to the point where the demand for a new album has come to critical and Boog and Wash House hasn't disappointed with the delivery of his much anticipated brand new project, "Backyard Boogie". Boog's first album, "Hear Me Roar" also did quite well, reportedly (even though it featured a remake of Marlon Asher's destructive 'Ganja Farmer' - please . . . No one else try to remake that tune, it was positively perfect as it was - Let's just leave it alone now) and set him out on a course which finds him now bringing one of the most anticipated sets of a year four years on from its own. So, with anticipation at the proverbial 'fevered pitch', can Boog deliver? Absolutely. There're many more questions here, at least for me, but with the streak of magic that he's been on as of late, you could tell that this album was going to be a really big deal - in terms of quality - whenever it reached and it doesn't fail to impress. It's also really good to acknowledge the timing on the release of this set. Warrior King currently has a big album out, soon I Wayne will join him, but there isn't anything in the way of something which would 'compete' with this album, which would explain why it reportedly and IMMEDIATELY skyrocketed to the top a few different Reggae album charts. What would explain just how CRISP of a beautiful Lover’s Rock/Cultural album this proves to be? A few things - Let's dig in. 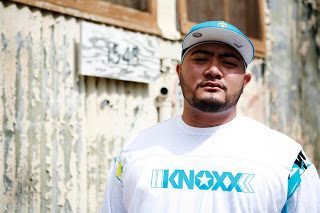 J-Boog
Largely based on his biggest hit to date (which we'll deal with shortly), J-Boog has generally been vocally compared to well esteemed Jamaican veteran musician, Glen Washington and while that remains the obvious connection to make (and the two almost HAVE to do a combination at some point), listening to the full album, I'm also inclined to say that Boog's style is a bit more of an orphan than many, initially, gave him credit for. I hear quite a few different artists in his delivery (including one who features on this set) and it's definitely one which he has made his own. He freshness is on full and vivid display throughout his sparkling new sophomore album release, "Backyard Boogie" for Wash House Music. To get us up and going, Boog gives us the eight-billionth tune called 'Give Thanks'. Title notwithstanding (or whatever), the song is BIG and is just a SMART way to begin the album, even though it isn't the type of song which dominates on the album. What it does is to introduce is to set things in a more typical Reggae direction and it also gives a pretty nice introduction to the vocalist and some of his own trials and tribulations and what, exactly, he's giving thanks for. It proves to be one of the album's finest and a nice move by Boog and company. Next in is the first of the album's six combinations, the wonderfully crawling 'Watch & Learn' which features Jacob Hemphill who is the lead singer of SOJA (yes, I did type 'SOCA' three times before I got that right). I'm not at all a fan of Hemphill's but maybe I need to do something about that because he makes an excellent appearance on this tune which amounts to a very straight-forward social commentary and just a strikingly well done track. There's not much in the way of frills and flash, but extremely precise and very effective as well (and I do want to make the point that I'm not trying to call this one BORING, because it certainly is not). Also not uninteresting is one of the genuine highlights during this boogie as Boog hails a Taxi (literally) on 'Hawaiian Pakalolo'. The tune features Jah Maoli (who I have heard of) and Spawnbreezie (who I have not) and I believe it, originally, was Maoli's track and is made much better with the new addition. Very cool and laid back herbalist tune which just works so nicely not only with the styles here, but also with the style of the album.

'Every Little Thing' w/Fiji
Perhaps as yet another statement as to just how far he's come, the names that join J-Boog on "Backyard Boogie" are just outstanding (much like??? Gentleman). Besides the previously mentioned lights (and I know SOJA is always more popular than I give them credit for being - biggup Zojak), also on board is Reggae star Tarrus Riley for the sterling 'She Give Me Lovin'. Riley was who I alluded to earlier as being someone whose vocal approach I hear a bit of in Boog's own style and the two on the same track make a wonderful duo. This tune, given just how BIG and VIBRANT that the sound is, is probably a future single for the album and you should well expect it to mine gold with such an accurate and positively destructive combination of talents. Also joining is Peetah Morgan from the Morgan family (on what is apparently a tune for Dadason, which is the Morgan's own label), who chimes in on the jovial 'Sunshine Girl'. The obvious draw here is the sound of the tune, but I think it actually gets even better as it goes a long a bit, so let it 'spread' before casting your final judgment. The multi-talented Swede, Million Stylez, links with Boog on the infectious 'Replay'. What I'll say about this one is that, besides being catchy (and it is), it's a very clever tune, as I'll go into further in briefly, Boog proves himself throughout the album to be more of a wordsmith than he's ever been given credit for being before and such a quality with Stylez is basically his specialty. And lastly (for real), oft-collaborator, Fiji, helps add to the spices on the album's final effort the previous single, 'Every Little Thing'. Fiji actually appeared on three different tracks on "Hear Me Roar" and he’d have to be back on this tune which he dominates in my opinion for the new album as well (and Fiji is exactly the type of artist one could expect to benefit from Boog's great successes). All in all, you see big names turn out for this album and curiously not included is 'Got To Be Strong', another combination with Richie Spice.

'Let's Do It Again'
The 'major' tune here finds J-Boog all on his own . . . With the help of the world's greatest as Don Corleon lends his brilliant Major Riddim to back one of the best pieces of Lover's Rock that you'll find from anyone from the turn of the century or so, the ridiculously popular (and deservedly so) 'Let's Do It Again'.
“Nice to nice to know ya
Let’s do it again -
How we did it on a one-night stand
Girl I wanna be more than a friend to ya