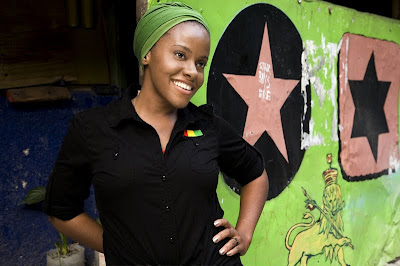 Etana
The Best of The Best 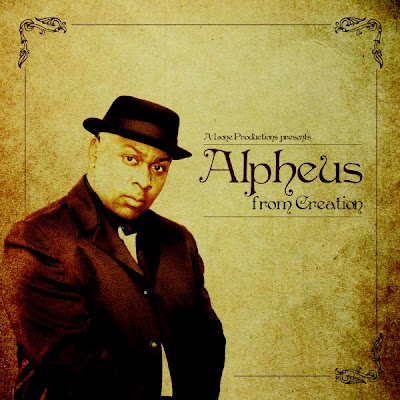 #10. "From Creation" by Alpheus [A-Lone Productions]
Live & learn. I'm thinking back to this time last year and what I'm thinking is that if you could somehow have showed me this list at that time - what would have stood out. Definitely somewhere near the biggest surprises would have been this piece from Alpheus which found the singer turning back the clock and doing so with a virtual stroke of genius. "From Creation" is so wonderful for me, personally, because I can easily point to it as the type of an album which I would not have liked very much, if at all, just a few years back, but having aged (A LOT, I am very very old), I'm now to the point where I can not only appreciate it, but absolutely enjoy just how beautiful it was. On top of that, it came from an artist who wasn't particularly close to my listening radar (at all) but that changed in 2011 and in a big way. I'm paying attention now! Make another one!
Best Tune: 'From Creation'
See Review 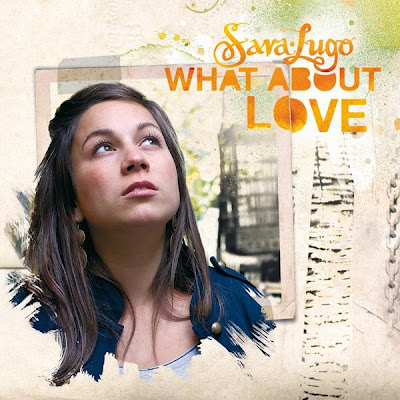 #9. "What About Love" by Sara Lugo [Soulfire Artists/Oneness Records]
Familiar stranger. What more can I say? A lot! What definitely became the most discussed album around here, "What About Love", from one of the most discussed artists around here, Sara Lugo, did so not only because I thought its star to be absolutely delightful, it did so because it was pretty exceptional and particularly so for a debut set. I went back to listen to every entry you'll see here and while this one didn't require much because it's never really strayed too far from my players, I'm still hearing gorgeous tunes! I'm still hearing crucial messages. And I'm still hearing effectiveness of pushing them in this incredibly infectious and downright brilliant Reggae-fied, Jazzy style. And it's all just the start from an artist in Sara Lugo who skyrocketed in 2011 with one of the most stunning albums to be found anywhere.
Best Tune: 'Part of My Life'
See Review 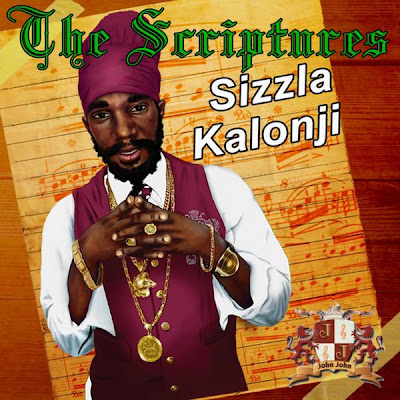 #8. "The Scriptures" by Sizzla Kalonji [John John]
Lead the way. As of this writing, Sizzla Kalonji seems poised to BOOM early 2012 with the release of potentially massive "The Chant" album, but as we wrap up and tuck away 2011, it's important to remember that he also did pretty well this year. "The Scriptures" album was Sizzla's first actual release in quite some time and even though the expectations are always totally high in his case and so much time had gone by, the album had no problems at all living up to my personal expectations. All things being equal, at least for me, he's ALWAYS the leader of the pack and John John steered him in the proper direction to push an album which, although sterling, seems likely to pick up even more steam as it ages. Still, it had more than enough 'text' to make this list.
Best Tune: 'Music In My Soul'
See Review 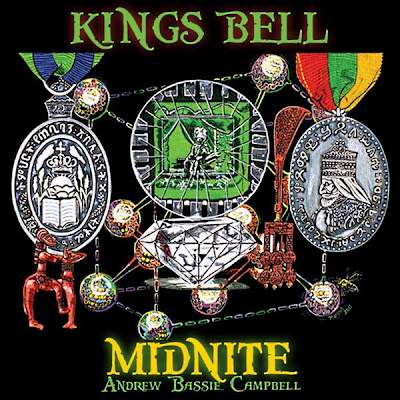 #7. "Kings Bell" by Midnite [I Grade Records/Andrew 'Bassie' Campbell]
King cobra. The expected unusal brilliance came shining brightly throughout "Kings Bell" and to my opinion it came shining in a way that it hadn't in a little while. Surely a big part of that was due to the effort of Midnite frontman, Vaughn Benjamin, who continues to dazzle and educate in his storied career (dazucate???), but also this time around on board was the flaming Andrew 'Bassie' Campbell who produced the album. The result was brilliance with vibrance! The album would produce, via its single 'Mongst I & I', the very first video of the career of Midnite, it would become one of their most talked about and well promoted projects ever and prove damn inescapable throughout the final quarter of 2011. OH! And personally I shouldn't forget that buried somewhere on this album is ("an eleven foot, six hundred pound tiger") 'Black Mamba': THE SINGLE BEST SONG I HEARD IN 2011.
Best Tune: 'Black Mamba'
See Review 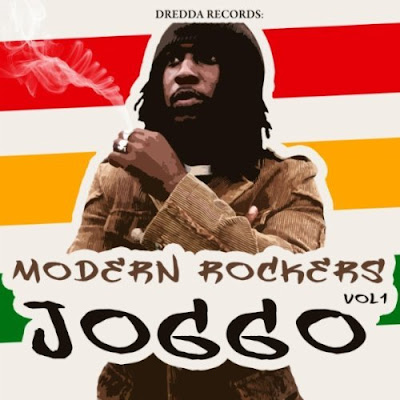 #6. "Modern Rockers Vol. 1" by Joggo [Dredda Records]
I wonder. 2 things with this one - First of all, like I said, I went back and listened to everything when I decided, basically, what was going to be on this list and how well it compared to others and . . . blah blah blah. In the case of "Modern Rockers Vol. 1", while I'd clearly recognized that it was a 'big' (not really though) album, it was MUCH bigger than I thought! For me, when I hear certain tunes which may be older and what we'd call vintage (and I'm not going to name names, but you know what I'm talking about), I get this really GREAT feeling, it's almost like I'm 'starstruck' and in the presence of something truly spectacular and that happens to me STILL about six times in listening to this new album with the old title. BUT (!) it should've been more. The only real lasting complaint here is that Joggo was SO good here that I'm almost angry that they stopped him at just eleven tunes - three or four more at the same level and there is no position here (NONE!) which is out of the reach of this album, which is probably the best the genre has ever seen from out of Suriname.
Best Tune: 'I & I Know'
See Review 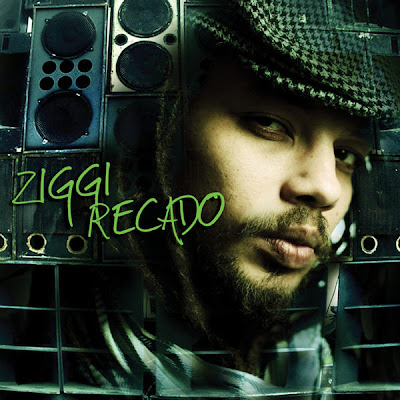 #5. "Ziggi Recado" [Rock 'N Vibes Entertainment]
Still in transit. These days, when it comes to the self titled album from Statian flame-thrower, Ziggi Recado, what I'm really focused on is just how diverse the sound was. There is just SO MUCH going on here and I don't know that it resonated with me like THAT from before, but even for someone whose tastes may be more straight forward than most, it's BEAUTIFUL! The "Ziggi Recado" album was one which I wouldn't call 'landmark' or something like that, but it's moving in that direction and it's doing so for someone who not only is EASILY one of the most talented artists in Reggae music today, but also someone whose journey is just as obviously still very much 'in transit'.
Best Tune: 'New Day'
See Review 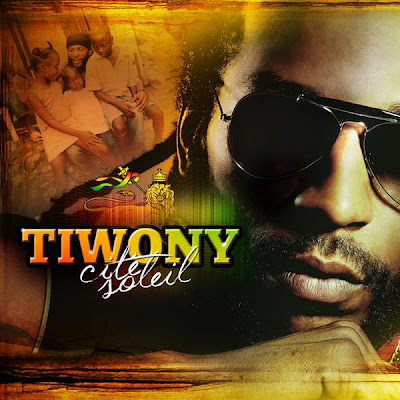 #4. "Cité Soleil" by Tiwony [Blackwarell Sound Inc.]
Arise. For an album which arrived and impressed in the first half of the year, Tiwony's sprawling third solo project, "Cité Soleil", spent the mojorty of the second half of 2011 just GROWING and GROWING. It's gotten to the point where I even considered doing a '3a & 3b' situation (but that's even below the absolutely non-existent standards that we have) between it and the 'sunny' selection up next. "Cité Soleil" is MASSIVE, it is a spectacular album and I'm someone who, in certain cases such as with Ziggi and a few others who you'll find on the whole of this list, really puts a great deal of 'pressure' and emphasis on artists like this doing well and Tiwony is one of them. These supremely gifted lights will have a great deal to do in defining the music of this current generation of Reggae music and with ammunition such as what is to be found here - an example of someone really 'stepping up' - a big supporter of the current era like myself has not a thing to worry about.
Best Tune: 'L'Union Fait La Force'
See Review 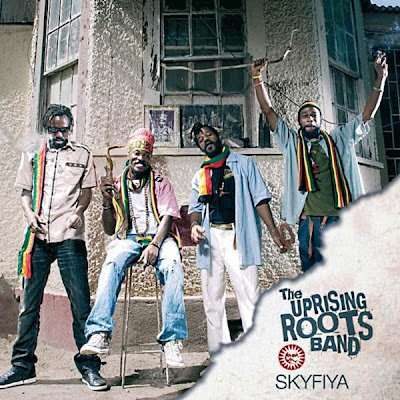 #3. "Skyfiya" by The Uprising Roots Band [TRU Musik Productions/DP&B Entertainment]
Shining. The Uprising Roots Band were apparently out on a mission to BRIGHTEN the skies of 2011 and did that and more through their blinding debut album, "Skyfiya". This album has become a personal favourite of mine as of late and it's the type of album we usually gravitate towards as, although it didn't generate a great deal of discussion (with the exception of #6, easily less than any other on this half of this list and most on the first half as well), it was a GREAT release. With tunes like the title track, 'Brightest Light', 'Shinin So Bright', 'Krash Like Lightenin' and 'Brighter Days', it was clear what the intent was here and "Skyfiya" left not a leaf or a branch of shade to be found when it was done. LIGHT EVERYTHING!
Best Tune: 'Skyfiya'
See Review 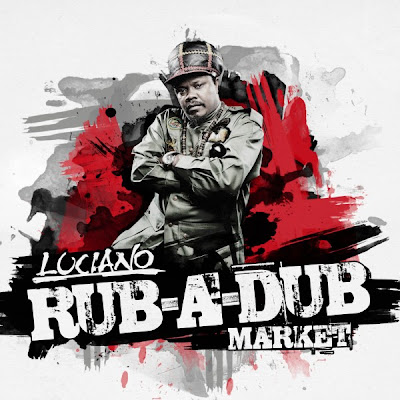 #2. "Rub-A-Dub Market" by Luciano [IrieVibrations Records]
Living legend. Just in case you've forgotten how we've gotten to the point where Luciano has become one of the most revered Reggae artists walking the earth today, he's spent the better part of the past couple of years showing you why that's the case and in the best possible way also - with the music. Following a 2010 which saw him push two fine albums, "United States of Africa" and "Write My Name", Luciano chased it with a 2011 which saw him go even a step higher through "Rub-A-Dub Market". The IrieVibrations produced album is another which has gotten better from the very first spin (and that's saying a great deal in this instance) and now, pretty unarguably in my opinion, ranks as one of the best turns EVER in the amazing career of 'The Messenjah'.
Best Tune: 'Rub-A-Dub Market'
See Review 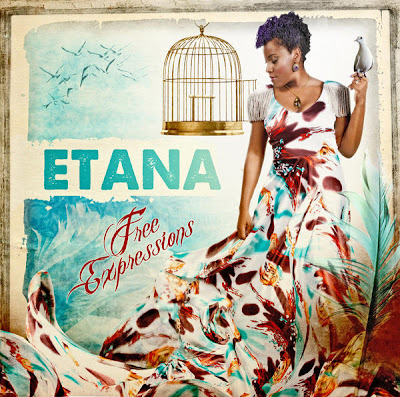 #1. "Free Expressions" by Etana [VP Records]
The strongest one. The word that comes to mind is 'Halting'. When you come to this portion, everything stops and . . . and not only because there's nothing else after it. Even more so than in the cases of Tiwony and Ziggi, Etana is someone who is largely destined to have this current era of Reggae music attached to her name and a great deal of her legacy. Long after she's gone, people will discuss the music she is doing right now and in this year she was completely without a peer in what she did.
Nothing came 'stronger' than "Free Expressions" in 2011, which released wayyyyyyyy back in February and, at least for me, was the front-running choice for this distinction for pretty much the entire year. At this point Etana has become someone who has 'graduated' to the stage where we should be able to expect something significantly substantial from her each and every time out and while she's only given us two big examples of that as of yet, at her age can you imagine if she were to give us another TWENTY or so years of prime releases? That's something for the ages, but right now in 2011 we're to appreciate what she's already done. "Free Expressions": The Best Reggae Album of 2011.
Best Tune: 'Free'
See Review
Posted by Achis at 9:36 PM