Rewind!: "The Beautiful Side of A Kreyol Folk Trip" by Stevy Mahy 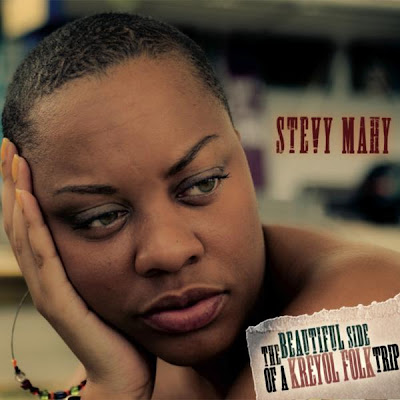 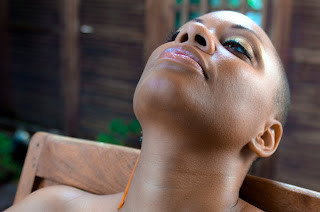 This tune was the second single from the album if I recall correctly and while, for some reason, I just hadn't played it in some time but now - all is well. This thing is GORGEOUS and it even offers one of the more stirring moments on the entire album when it seems to EXPLODE in its latter stages, taking an already sparkling song and raising it to somewhere in the cosmos.
2. 'Yenki Pou Vou'

'Yenki Pou Vou' hasn't gone anywhere, on the other hand. It was musical divinity the first time I heard and has remained so ever since. If anything, I probably like it even more these days (which surely has something to do with that video). A smile is still BRUTALLY forced out of my face when I hear this song (especially that ever so slight still pan on the chorus) and I don't think it'll EVER change!
3. 'Divine Magic Joy'
Why not? Just name a song 'Divine Magic Joy' and see what happens. What happened was . . . well, divine magic joy.
4. 'San Vou'

Another song which I probably have an even greater appreciation of (if that's possible) after watching a visual version of it. 'San Vou' kind of hits me these days as a 'dance song' (which is why I'm currently dancing in my chair listening to it). The vibe on the track is just so LUSH and it builds throughout so that, by song's end, you have so much going on in the riddim and are just lost in the midst of this absolutely stunning musical experience.
5. 'Beautiful'


You
Came into my life
I thought that I was dreaming because YOU
Showed me a new dance of life
A new way to breathe
Call it 'Kreyol', call it 'Zouk', whichever is really fine to me. 'Beautiful' is probably the best of either genre that I have EVER heard, particularly for a much slower song and it's also, quite possibly, the most deservedly named song that I have ever heard also. A MODERN CLASSIC of a tune and for the ages.
6. 'Fame Is Gone'

These days I'm hearing m ore and more Jazz in 'Fame Is Gone'. With a backdrop almost as 'wonderfully agitated' as that of 'San Vou', you really take this tune in on so many different levels. When it blows up, I heard Fela Kuti, I hear chanting, I hear dancing (how can you HEAR dancing) (Achis, what the hell???), I hear a sterling vibe.
7. 'Most High'
This song is compelling on the first level because of its intention. From the title, people like you and me are automatically thinking one thing, obviously, and with words like "testimony" being thrown about, we're even more secure in that. However, somewhere in the back of my most ridiculous mind, I'm thinking that it may just be a bit more simpler and 'terrestrial' than I'm thinking. In any case it's a beautiful song and thinking passed that, once you do allow yourself to grab this one on a superficial level, it becomes downright exotic and more and more sonically addictive than I initially gave it credit for.
8. '4:37 PM Harlem [N.Y.C.]' (Interlude)
Going to New York.
9. 'Falling In Love Again' featuring AB
I now consider the old-schooled Jazzified 'Falling In Love' to be the changeup on this "Trip" and I think that's pretty much what the intention was on this one. A year on and I'm very curious what the reaction might be to this tune if it ever got turned over to more traditional R&B circles. I'm inclined to think that it would do VERY well.
10. 'What's Going On?'
Stevy Mahy follows the R&B set with another which, in terms of its subject, is of a similar type, but whose vibes are all kind of exotic. 'What's Going On?' sounds SO GOOD that even now, I don't know that I've really given it the type of actual attention that it's due, but . . . DAMN it just sounds so good.
11. 'Shine On Me'
Speaking of sounding good. The MASSIVE 'Shine On Me' remains one of my pwrsonal favourite tunes on the whole of the album and I've grown and grown in my love of this song. It makes an immediate impact on my senses these days and one which, probably even more so than the 'main event' on the album, just LIGHTS me up ('Beautiful' takes a second or two to get going, but when it does, it never ever stops). A twisting and turning tune which is downright CRACK for the ears.
12. 'Si'w Pé'
Yeah. It's taken me entirely too long to see it, but 'Si'w Pé' is ABSOLUTELY SPECTACULAR! This song is HUGE! It has a vibes surrounding it that is just so SPRAWLING and accessible, that I'm almost a bit embarrassed that it's taken me this long to realize it (while I definitely knew it was damn good, I didn't know it was that good). But now that I'm there - I think it's your turn, pay special attention to this one.
13. 'Mon Cœur Mon Ange'
The bright ending of our trip is another track which has grown on me considerably over the year and it grows even right now still. The chorus on this thing is hypnotic and somewhere, while listening to this song and only this song, on repeat, I'm pretty sure I lost about an hour of time that I'll never be able to get back. I'm not complaining about it either. LOVELY.
14. '3:55 PM Les Abymes [Guadeloupe]' (Épilogue)
Trip wrapped up - time to go home and relax. 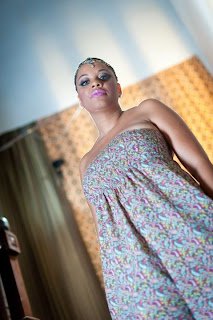 I think it's also time to REALLY have a listen to this album. We can hear individual songs and make assessments of them and the album stands well in that respect, but as a complete and functioning unit, I just haven't heard many non-Reggae albums which were this good (and not a TON of Reggae albums either actually). Take that and combine it with the inherent and organic ORIGINALITY and UNIQUENESS of the artist in question and you have an album which looses non of that kind of new glow that even a good new album has, this one was great and it still feels like it released yesterday. Also, the rarity of Stevy Mahy well bleeds into "The Beautiful Side of A Kreyol Folk Trip", giving it its own very different and ultimately compelling feel and making it a trip which will not soon be forgotten (SEQUEL!).
Posted by Achis at 5:47 PM