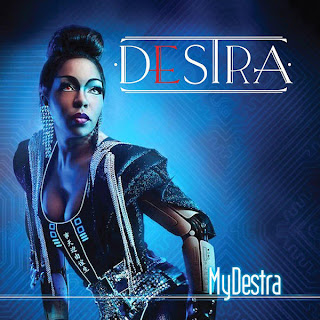 
Shouldn' be a surprise to any one at all that first up this week is the 2012 release of the sweet divinity that is Ms. Destra Garcia, "My Destra" (sharing a name with her website). This season in particular, Destra featured a great variety of music, some of which bordered on the electronic, which is the theme of her album this year . Fortunately, she didn' bump her head and lose her way nor sight of who she is and what she does well - She still brought crazy classy Soca for the masses. So, while you will find tunes such as the techno-fied 'Beautiful Day', 'Breaking Away' and 'Keep On Wukkin', as well as her obligatory Gospel set, you'll also find songs like 'Attitude' and the big hit 'Baddist' alongside Kerwin Du Bois. Oh and did I mention that Destra also personally provided me with my single favourite tune of the 2012 season? 'Link Up' was MAMMOTH and you'll also find it "My Destra". 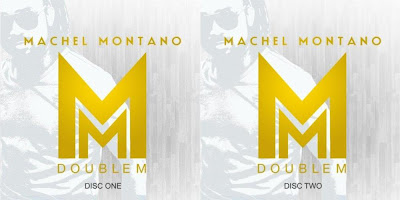 
I had to lead with Destra because she's the most wonderful thing you'll find anywhere, but the big story thus far of Soca & Carnival 2012, just as he was in 2011, has been Machel Montano, who swept just about everything there was to sweep this year, including his second consecutive Soca Monarch crown and his fifth overall (and also second consecutive) Road March title. He had an amazing year and the proper way to cap off such a big experience is . . . To release a Patrice Roberts album??? No. To release a twenty track double album and call it, most fittingly and cleverly, "Double M". The album[s] stockpiles the hits from this season, including the tune which took home the hardware, 'Pump Yuh Flag' (it took me sooooooo long to begin to actually enjoy that song) and the even better (to me) 'Terrible' alongside Erphaan Alves, which was my favourite MM tune from 2012. Also you'll find the wonderful 'Mr. Fete', 'Reveling' and many others as well from one of the most successful Carnival seasons anyone has ever had. 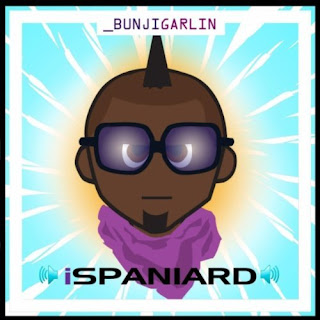 
Also coming in this year with his very first album release since 1947, is Bunji Garlin who, although he took a 'pass' on competing at Soca Monarch this year and is never really in contention for the road ["I will never a Road March and I know that for a fact"], had a VERY GOOD season in 2012 and it's reflected not only the actual album, but in the decision to have an album. "ISpaniard". 'The Black Spaniard' also went with a futuristic scheme this year, but as always, his major piece of contribution to the year was his amazing lyrical presence and he went flat out special and in a very SIMPLE way with one of my favourite songs, 'Gift of Soca'. Also on board are big tunes like the beautiful 'Irregular', 'Tun Up', the frenetic 'Cosmic Shift' (which I do actually like) and several others (like 'So & So'). Guest spots from the likes of Beenie Man, Kerwin Du Bois, Ricardo Drue and others also highlight what is probably the best Soca album that you'll find this year from a single artist. 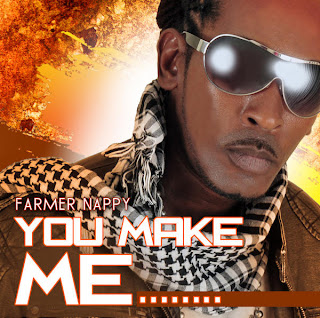 
Criminally underrated veteran, Farmer Nappy, also brings forth an album of his own for the 2012 season, "You Make Me . . . Surrender" (it's a very strange title, but it really is just an amalgam of two of his newer songs' titles). The Farmer has had big hits over the years such as, of course, 'Chippin' (which is on the album), 'Flirt' (also here) and others, but he doesn't get nearly the credit he deserves and as part of Machel Montano's camp, you'd think he would. He's kind of the artist that makes you say something like 'oh, I never knew he made that', over and over again and in a good way. This is an excellent showcase for him and, personally, I'm happy that they included my favourite tune from Farmer Nappy, 'I Pay For This', from a couple of seasons back, here it gets a new rinse featuring Montano. The inescapable Kerwin Du Bois, General Grant and Anthony B (the one you're thinking of) also stop by. 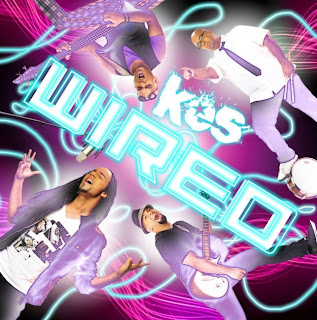 
Coming through with their third album in about thirteen months are Kees (I'm not even going to try) and the boys of Kes The Band on "Wired", their own release for Carnival 2012. Although it only comes in with ten tracks (check out both "Wotless" and "Stereotype" if you require more KtB), this is a very good album if you know what to expect and you do. While this year may not have proven to be as successful as last season for the group, they still put together a VERY nice campaign for themselves which was well highlighted by their biggest of hits this year, 'Stress Away'. I always really liked 'Head Bad On D Road' with Michelle Xavier (big tune). You'll find both songs here as well as Timeka Marshall, cutie Jenna De Leon [Hey Susan!] and the maddest himself, Gamal Doyle, aka Skinny Fabulous. 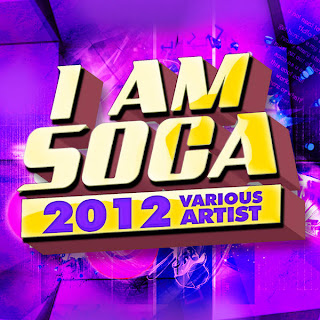 
And lastly on the Soca side today is this interesting and very fun compilation which has apparently attracted quite a bit of attention on the digital side. "I Am Soca". This album features no less than eighteen tracks from some of the biggest names in the genre and some tunes which, normally, don't get to appear on such readily available releases. Who's on the album? Bunji Garlin, Kevin Lyttle, Fay-Ann Lyons, Patrice Roberts, Alison Hinds, Blaxx, Iwer George, Skinny Fabulous, Tian Winter and . . . ??? Yeah, Kerwin Du Bois (who didn't need to release his own album because he's obviously on EVERYONE else's). So while we're still well ahead of the late May release date of "Soca Gold 2012", it'll have to really be on its game to top this one. 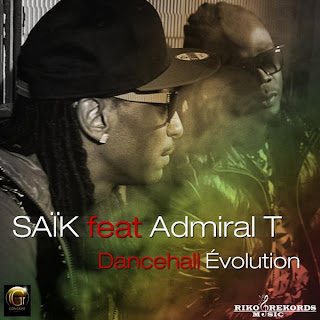 
2011 was partially disappointing because it didn't deliver the sophomore album from the devastatingly gifted Gwada DJ, Saïk (the album's first single, 'You And Me', is almost a year old now). Well, hopefully things have been sorted out and the first sign of that is that he's back with yet another big big single and this time he's a brought a friend. 'Dancehall Evolution' features Saïk alongside longtime friend/mentor FWI Dancehall superstar, Admiral T (who may also be headed for an album release in 2012 having already released the SCATHING new singles, 'Gangsta', for Don's Music). Any time these two get together, the results will be very interesting, to say the least, and 'Dancehall Evolution' is no different. While it's not going to change the world or anything, it is a hype dance song and hopefully just a smoke signal as to what is to come (from both) later this year. 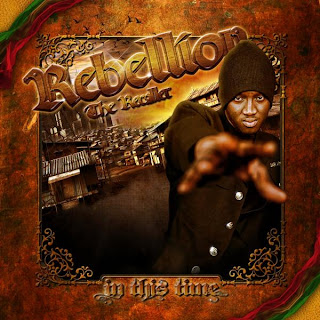 "In This Time" by Rebellion The Recaller [Elite Records]


I was very happy to see that immensely talented Afrikan born chanter, Rebellion The Recaller, had released a brand new album while were away and I was just a bit happier when I listened to a bit of it. The new album, "In This Time", finds RtR linking with a variety of different producers (including the seemingly VANISHED IMMusic) for an album as rich and musically diverse as his own talents. Handling the production are the likes of Germaican Records, Silly Walks, Fury Bass, Special Delivery, Pow Pow, Riga and others and if that weren't enough to grab your attention (leave! Leave now and never return!) - Check 'Intention' which features German Reggae super nova, Gentleman. 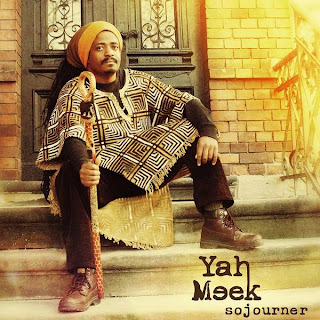 
While I've never been the biggest fan of Yah Meek, I know that I'm in a tiny minority there when it comes to people who have actually listened to his music and I also know that the fact that he has a brand new album around, "Sojourner" is surely a big deal to most [all] of them. The album features eighteen songs and by my (surely inaccurate) count, eleven of them are combinations as Meek is joined by the likes of Singing U, Shocking Murray, Anthony Locks, Uwe Banton and others and with a roster like that, even I will have a listen. Beat me to it and check Yah Meek's "Sojourner", today. 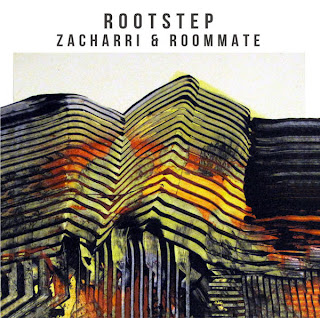 Definitely one of the coolest things that sat in our email . . . For a really long time before we checked it was the latest album from the pleasantly active [Ras] Zacharri, "Rootstep", which finds the chanter linking with producer, Roommate, who I think is out of the UK. I'm still working my way through it and I'm sure that there's some type of Dubstep connection here (I'm still trying to figure out what that is exactly), but to my opinion, it's more of the same quality GRIMY Roots Reggae we've come to know and enjoy from Zacharri over the last few years. Veterans Chezidek, Junior Kelly and Susan Cadogan are featured . 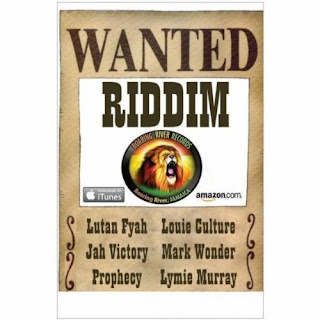 
The Wanted Riddim is a very nice little set - a very bouncy and glowing Roots riddim from Roaring River Records - which does quite a bit damage in just six tracks. Not everything is stellar, but three tunes roll in consecutively courtesy of Lutan Fyah, Louie Culture and then Mark Wonder, so you know it caught my attention (and in a very unconventional way). 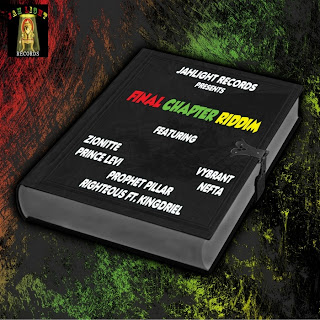 
Hopefully the name of this composition doesn't indicate that they're soon to be leaving the business as the always welcomed JahLight Records from out of Trinidad have delivered their latest piece, the Final Chapter Riddim. Slowly but surely the label has picked up steam to the point where we always look forward to their releases (and they've always been so nice to us). The Final Chapter is a very solid and striking modern Roots set. Vybrant is probably the biggest name you'll find here, but also check tunes from, Nefta, Prophet Pillar, the very talented Zionitte and others and biggup Jah Light. 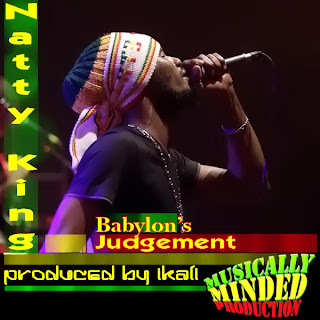 
Despite the fact that he now well has three or four albums to his credit and dozens (if not more) singles doesn't it still seem that Natty King is most underappreciated and underutilized??? Thankfully, Ikali and the  fine people at Musically Minded Productions agree with that and they've also done something about it (unlike me). They've recently released "Babylon's Judgement", which is an EP featuring three tunes with three riddims and a remix. I could really go into just HOW MUCH I think we take for granted and overlook the King's abilities, but instead I'll just tell you that you have three top notch tracks from one of the best vocalists you're going to find anywhere in Reggae so show some brainage and check it out. 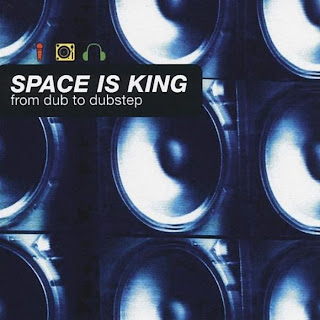 "Space Is King: From Dub To Dubstep" [Echo Beach]


Finally is a release this week which I don't really know anything about and am entirely too sleepy research, but I think I should mention it anyway.  "Space Is King: From Dub To Dubstep" is a collection of songs which . . . Range from Dub to Dubstep . . . I guess (if it isn't then . . . DAMN!). Anyway, listening through the clips on this one, definitely not being the biggest of Dub heads, I'm hearing stuff that I like and I'm even recognizing (more than) a few sounds and names as well. The most recognizable??? Surely something must've caught our attention and "something" in this instance is the final track. The El Wharton Dubstep Remix of 'Locked Away' by magical Reggae fairy, Sara Lugo.