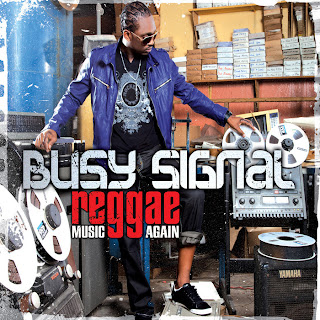 It doesn't happen very often, actually, but when it does, you know you have something potentially very special around: We recently dealt with the now recently released brand new album from peculiar Dancehall ace, Busy Signal, "Reggae Music Again" and got some very interesting feedback from it. The most interesting was three different people (two of which are long time readers/friends) who, prior to listening, were certain that I had overrated the album - that it just couldn't have been that good. Two of those people (biggup Nat), after picking it up, linked us back to say that they were totally wrong and the other (biggup Jonathan) . . . I'm expecting to hear from any day now. We've also gotten just general good feedback from other knowledgeable individuals (biggup Dale Cooper, biggup Noel) and the theme is constant - What a beautiful, beautiful album! 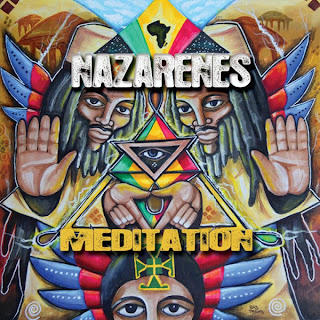 "Meditation" by Nazarenes [I Grade Records]

I can remember when the Nazarenes first caught the attentions of the greater Reggae listening world . . . I wasn't much of a fan actually. I'm going to now make it a point (a very comfortable one, considering the fact that I now have a reason to in order to deal with this album) to go back and have a listen to their earlier works because, scanning through the early bits of their latest release, "Meditation", from the always trusted I Grade Records - it's pretty damn impressive. Certainly the parts of the album which read "featuring Lutan Fyah" and "featuring Midnite" help with that, but in total - I'm really liking what I hear. I'll tell you just how much I like next week. 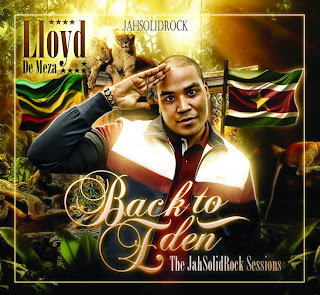 Also looking good this week in its early stages is the debut [I THINK] album from Dutchie singer , Lloyd De Meza who, incidentally, marks our return to very familiar terrain for 2012. The well titled "Back To Eden" follows efforts from Chezidek (with the increasingly MASSIVE "Judgement Time") and Apple Gabriel (I feel like I'm missing someone) and, on the surface, his release also shows top quality characteristics that we've come to expect from Jah Solid Rock and Not Easy At All Productions. The largest of those qualities is the sonics - this album SOUNDS spectacular. It sounds amazing. Is the music any good? It's pretty good and although I don't think that I've been underestimating the singer, I don't know that I ever thought that he could be this good either. I believe he comes from a more R&B type of background as an artist and that shows on the album, but I’m steadily focused on a few sweet Roots gems including the very clever title track. Unexpectedly Richie Spice and most expectedly, Benaïssa, join De Meza on a this set and you can expect a full review in the coming weeks (probably much sooner than later actually).

CD + Digital
Releases on May 5 The only older thing you'll find on this post recently and wonderfully popped back up on my players courtesy of sharing a riddim with a tune on Konshens' recent nice set, "Mental Maintenance". That tune, 'Heavy Load', got me back to listening to a whole heap of Gappy Ranks and particularly the album on which it appeared, 2010's solid "Put The Stereo On". A couple of years later and it's still a very very well done piece with the aforementioned 'Heavy Load' and 'Heaven In Her Eyes' being the main standouts for me these days. 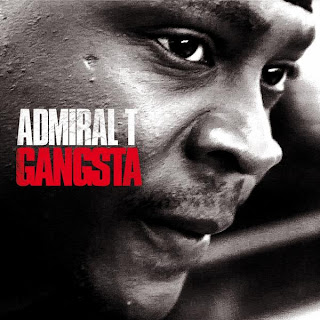 
Finally this week is one of the maddest fucking songs I've heard in this still young year. It's 'Gangsta' from the always welcomed Admiral T. If THIS MAN is planning on releasing an album in 2012 (and he is) ("Face B"), big things are in store and if this song is any indication (and it is) - SPECIAL things may await.