So, maybe you had something else to do at the time. Maybe it slipped your mind. Maybe no one told you. Maybe you were looking in a different direction at the time. Or maybe you had meant to but . . . Something came up. Whatever the reason is, I'm sure you had a good excuse for missing out on so many big named/big releases over the last few years, but don't worry. I'm here for you. For various reasons, something always manage to slip past you, but it can be damn helpful to take a careful look back and see what you may have missed. Some of it is pretty bad and you should be thankful that you missed them, but there're gems to be found and fun to be had. Thus, we submit for your approval (or disapproval, who cares), ten albums which you completely forgot about! Gone & Forgotten.

{Note: Albums appear in no particular order}
{Note 2: With one exception, we focused just on the past few years} 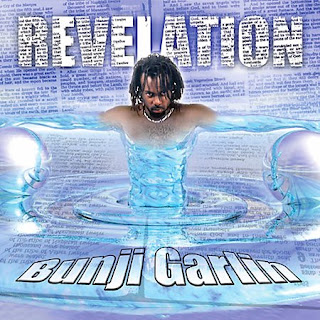 
Wonderfully, earlier this year Soca ace, Bunji Garlin, delivered his first album in a few years, "iSpaniard" and, looking back, it was arguably one of the most complete of his career to date. That album was the culmination of an equally impressive, which was definitely one of his best ever. Throughout his career, up until recently, Garlin has been someone who was conscious about putting albums out and even hit a streak where he went five or six years, consecutively, doing an album for Carnival. Near the head of that streak was one of the most unusual pieces you'll ever come across, his 'big time' debut "Revelation", for VP Records. This was just strange! It was also one of the first times you clearly had a Soca artist being 'packaged' for a Dancehall and Reggae audience. It wasn't a big leap for Garlin (and is probably even less so these days), but I think it's pretty telling that despite the fact that went no where, became even more popular (and SKILLED) and took a couple of Soca Monarch titles in the interim, it would be half a decade before Bunji and VP linked again (for the FAR better "Global" album). "Revelation" did have its fair share of nice moments. It was THE album which had the devastating tune, 'Licks' and there was also 'Hands Up', 'In The Ghetto' and even 'Send Dem Riddim Crazy'. But it wasn't his finest moment, so what looks to be on paper his second most high profile set to date, is probably one of his LEAST remembered. 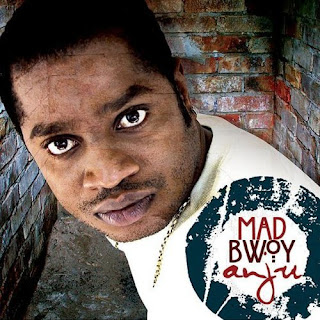 
This one sticks out on this list because, theoretically and in so many ways, it had pretty much every opportunity to achieve that an album could hope for. Back in 2008, the relatively unknown Drop Di Bass Records put out a trio of releases which included "Prototype" by Spragga Benz, Sizzla's "Addicted" and the debut and only album of really one of the most NATURAL and inventive talents that the Dancehall has EVER seen "Mad Bwoy Anju" by Mad Anju. Look back, pretty solidly, this was the class of that pack in my opinion and, for all of its absolute oddness musically, it well exhibited a chunk of the truly stunning skills of its star. These days, Spragga's (more on him in a minute) album still gets a bit of attention because it was Spragga, but surely it's "Addicted" which was the standout of the three in terms of hype, unsurprisingly. Anju's album is nowhere to be found and that's unfortunate for someone who, for many reasons, hasn't gotten the overall attention his actual skills would warrant. 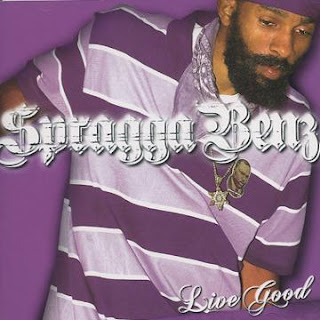 
I don't know if this one is more of a matter of "forgotten" or if it was an issue of people never even knowing that it existed. Just a few years ago it was the trend that, while Dancehall albums were on the decline from the biggest names, some of them would head East, to Japan, to put out albums in the Dancehall STARVING Land of The Rising Sun. People like Chino. Da'Ville, Voicemail and even Vybz Kartel (in the midst of a reported contract dispute with Greensleeves if I recall correctly) went that route, as did Spragga Benz with the very strong "Live Good". Looking back, if you never heard it, I'll tell you that it was significantly better than the aforementioned "Prototype" piece and probably better than "Shotta Culture" to me these days also. The album was essentially a standard album for its time with little in the way of fresh material, but MUCH in the way of 'tested' (older) tunes making up the lot. It featured a downright MASTERFUL title track and other well known releases like 'Guns, Girls & Ganja', 'Hard', 'To The Right', 'Gonna Fight' on the Diwali Riddim and others. Frisco Kid and even Kartel (old, old school) guested on two of the album's finest pieces, 'One Two Order' and ‘'Bedroom Slaughteration', respectively. Worth tracking down. 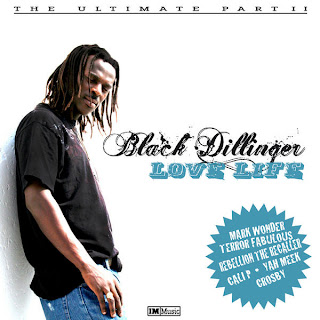 
We got into this one just a little while back in the review of the new album from Rebellion The Recaller, "In This Time" (big album, get a copy) - the curious case of "Love Life", the sophomore set of the awesome South African star, Black Dillinger, which would ultimately receive a 'fate' which just seems so fucking wrong! The label who did the album, one IMMusic from out of Germany, released it and then . . . vanished! I don't think they even stuck around as long as it would've taken to promote the record (maybe they did, there was an early video) and I'm sure they weren't around when it came time to do the CD which never (and will never) manifested. That might not be a problem for some of the other entries you'll find here, but Dillinger was/is far too talented and this album was far too good to ultimately end up taken up 'space' on a digital rack as 'just another album'. 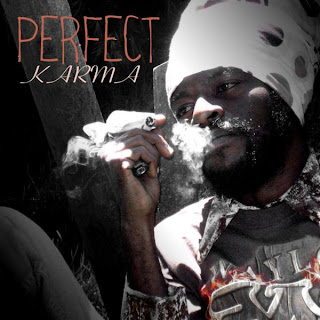 
Just before Perfect would . . . Explode and begin taking over the entire world as the precision pointed Roots Reggae firebrand that exists today, there was "Karma". Ummm. Yeah. This album came just before . . . Oh I already said that. The next three album he would do, "French Connection", "Back For The First Time" and the most recent "Journey of 1,000 Miles" ("staaaaarts with one footstep!") have made it extremely easy to forget about this one and that's a good thing. "Karma" featured a version of Perfect who, although still somewhat close to what he is now, just had taken a different direction and decided to make an album full of love songs on his own Chalice Palace imprint. The results were pretty much what you'd imagine and it is no surprise that when you read reviewers these days dealing with new albums from the chanter, they've forgotten to include "Karma" in listing his catalog. Even more interesting, maybe, is the fact that I wouldn't AT ALL be surprised if, at some point, this album got a sequel. Perfect just plays by his own rules. 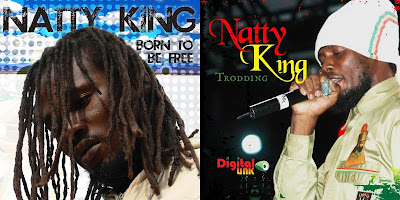 
These days I'm definitely coming around to a notion born from a friend of mine (biggup Youstice), from awhile back, who considers Natty King to be someone who is proverbially BEFORE HIS TIME. That's a very strange thing to say because when you listen to this incredible singer's work, he's not far off, superficially, from the Lucianos, Bushmans and others of the world (although I do disagree that he's a vocal carbon of either or anyone else for that matter). Even when you dig into things further, he doesn't have that type of style of a Aidonia or Saïk or even someone like a Perfect who you could imagine having such a distinction placed upon their work. Natty King is VERY straight forward. But I don't know why his music seems to almost come with an expiration date in the mind of so many. These days I find myself enjoying his work, particularly 2009's "Trodding" and "Born To Be Free" from the following year and I'm enjoying them SO much, but I don't think I'm in a great company with that and that's just WRONG! Pick up both of them and hear someone who is, in my opinion, one of the most gifted Roots Reggae vocalists maybe of all time. 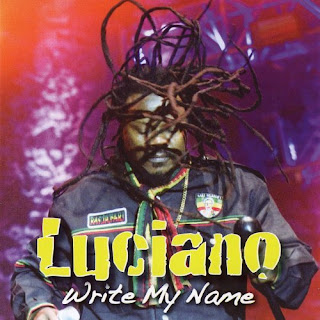 
What happened to "Write My Name" was actually fairly predictable. Not only was it released in 2010, a year in which its creator, Luciano, would also release "United States of Africa", his first album for VP Records in a couple of years, but just a year on, "Rub-A-Dub Market" would reach courtesy of IrieVibrations and go on to be widely regarded as the exquisite singer's best work in some time. "Write My Name", although it well holds its own in terms of quality against either of the other two albums, really never had a chance. Most people hadn't heard of Footprintz Music and I don't know if they've even done anything since then either. So, while it did come equipped with a DVD and a title track which was nearly as good as ANYTHING to be found on any of the three albums, this album now seems destined to be 'that other Luciano album' from this era. 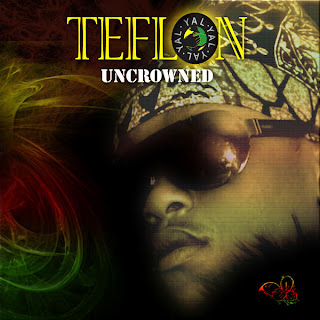 
Although I do have a couple of others in my mind (biggup Turbulence) (biggup Natural Black) (not really though), I'm tempted to call "Uncrowned" from Teflon THE worst promoted album from an even remotely well known artist in a really long time. I don't know that I've ever read anything in regards to this one in the official sense of things and while you'll find some of these albums having simply 'outlived' themselves, or having another set of odd/extenuating circumstances for their lasting absence -  "Uncrowned" was an album which really never even got started. 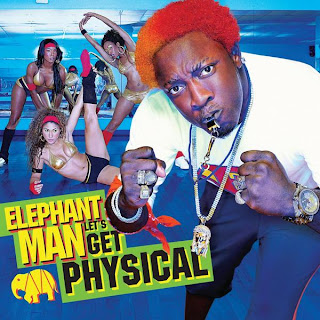 
It also became a case back in the 1990's when major labels came calling for Dancehall, seeking the next Shabba Ranks, and suddenly the likes of Super Cat, Mad Cobra, Terror Fabulous, even Louie Rankin and a whole heap of others (Spragga Benz) had major releases on their hands - sometimes even major albums get overlooked. Such was definitely the case with Elephant Man's first and only trip to Puff Daddy's Bad Boy Record, "Let's Get Physical". Just as in the case with Bunji Garlin, ostensibly this should have been one of the DJ's two biggest moments (the other being "Good 2 Go", of course), but it so clearly wasn't. Armed with a line up of guests which seems now full on ridiculous - Chris Brown, Rihanna, Puff Daddy himself, Swizz Beatz, Wyclef Jean, Busta Rhymes, Kat Deluna AND Demarco all featured - "Let's Get Physical" is easily less remembered than any of Ele's other album, besides his debut and maybe even that as well. 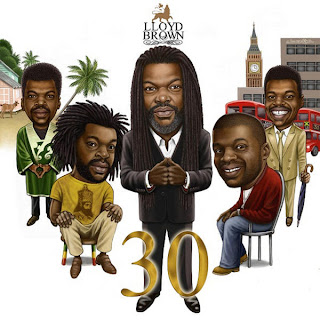 
And finally is the piece which hatched this idea, the latest album from shining UK veteran, Lloyd Brown, "30" There's just so much to like about this album on the surface: As its title suggests, it is Brown's celebration of his thirty years making music and it's also REALLY GOOD! But you'd never know either of those things because it already seems to have faded away in the four and a half months or so following its release date. As far as I know, it's still only available in digital format which is okay, but doesn't seem quite right for an album of this magnitude from an artist of Brown's stature. Also, we were gone when it dropped, but when we got back, it was so surprising to see that no one had reviewed it really or paid it much attention (and I think I know why that is). This one is almost begging for a re-release at some point and in some fashion, but if that doesn't come and "30" continues to fade, it'll just be SAD! So go and buy it!

Digital
Posted by Achis at 8:42 PM