Having an annual break around here, going to lose the rest of my mind. But it's a quick one and we'll be back early next week. Have a good time everyone. IIIIIIIIIIIIII'm a MONSTA! 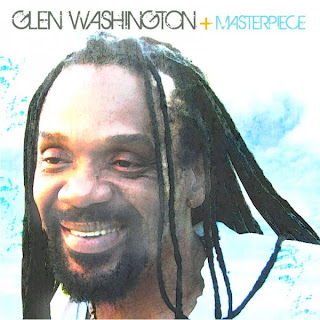 
Definitely #1 on my radars this week is the forthcoming potentially HUGE set from sweet singing veteran, Glen Washington, "Masterpiece". The album comes courtesy of the wonderful individuals at Zion High Productions who figure to continue their winning ways in 2012, following the releasing of their leading compilation set, "Jah Golden Throne" from a little while back, which was highlighted (at least to my opinion), by the sterling 'Fall On Me' from Washington and if I were already SO looking forward to this one, that made waiting even more difficult. Thankfully, we have it now and the early results are as impressive as anticipated and you can expect a full review when we get back. 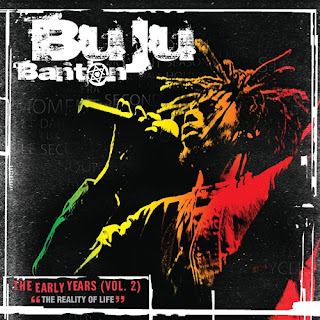 
Currently incarcerated Reggae legend, Buju Banton, is headed back to album shelves with a most unanticipated and unexpected sequel to a big combination from ELEVEN years ago (biggup Qshan Deya'), "The Early Years" from Penthouse Records. Surely Buju's is a name which, despite his current situation (and probably due to it, in some respects), is going to draw as much interest these days as ever, so it's not completely shocking that he has a new project coming, but we definitely wasn't expecting this! The second volume of the compilation is dubbed "The Reality of Life", which probably lends some type of an idea as to what kind of music you can expect - as the first edition was largely Dancehall, its sequel will surely draw its tracks from the Roots arena - so even though I've yet to see a tracklist, I'm pretty where this one is going. Not a bad idea actually. 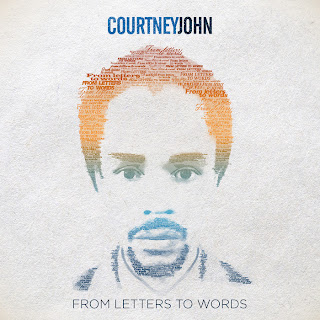 "From Letters To Words" by Courtney John [FiWi Music]


Also headed back soon is the very popular Courtney John (who is one of those artists like . . . an Anthony Red Rose or a Rayvon- someone like such, who always more fans that just about anyone will give them credit for having) (except all of those fans, of course), with a brand new album in hand, "From Letters To Words". This album, as is John's norm, features the wonderful voiced singer on primarily old[er] school sets from the likes of Sly & Robbie, Joe Fraser Records and others. I'm not the biggest fan of Courtney John's but when you give credit and respect where it's due, you throw A LOT in his direction because he turns up some undeniably GOOD vibes and I'm expecting more of the same on this record. Also, the album (if I read correctly) is set to be part of pair unfolding for John in the coming months. 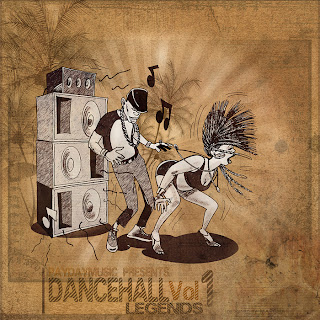 
Next up is the always active Payday Music who are introducing a new compilation piece featuring eleven tracks from some of the biggest name In the Dancehall, "Dancehall Legends". Payday is one of those labels that you do and will pay attention to, but you'll find yourself hearing something from them and not knowing it and . . . Later having it revealed to you that something that you really liked was some of their work. I'd expect that to happen a few times on this set which features PILLARS of the music such as Bounty Killer, Buju Banton, Capleton, Sizzla Kalonji and Vybz Kartel. Mavado also guests as do Wayne Marshall and WONDERFULLY Mega Banton. 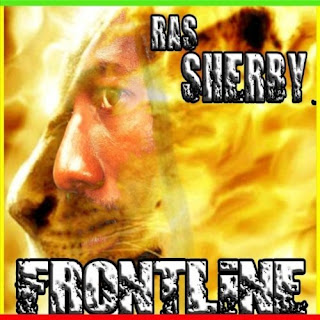 
Small world. It's been more than a few minutes from the last time I heard from UK veteran Ras Sherby, but I can pretty confidently say that the last I did hear from him was a tune by the name of 'Frontline', which turns out to be the title song from his 2012 album! If you don't know Ras Sherby, one of the most remarkable things about him is not the he SOUNDS like the legendary Garnet Silk, because he clearly does not. He SINGS like Garnet Silk. His pacing, his word selection, it sounds like Garnet Silk and he's added his own originality to it to make one nice career for himself and now hopefully (likely) "Frontline" can help him to take things to an even higher plane. I haven't heard this album, but I'm just as sure of its quality as I am with the first entrant on this post. Benjai (yes, that Benjai) guests. 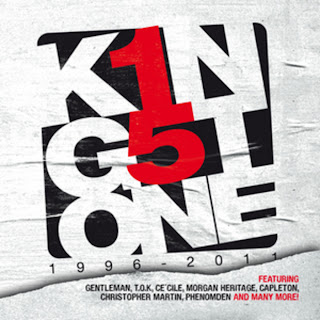 
Big German label, Kingstone Records, is putting up an album celebrate a big milestone which they reached just last year - a decade and a half in the business - and it's coming through in a big way. Certainly today you'd best remember them as having pushed "Jamaicanization" the excellent 2011 set from Ce'Cile, who headlines "15 Years Kingstone" along with Agent Sasco, Capleton, Gentleman, TOK, Morgan Heritage, Lukie D and others who're helping with the musical festivities. And biggup Kingstone, they may not get the attention that some of the other top ranking German Reggae labels do, but they've done some truly excellent work through the years. 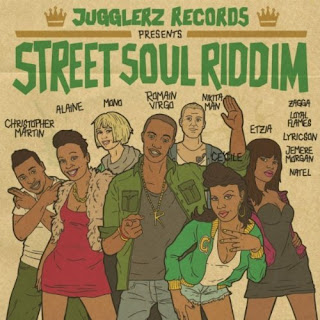 
Speaking of German labels . . . and Ce'Cile, Jugglerz Records, who I don't know that I've ever heard of, caught my eye and did it by doing something which I just think is amazing and love every time I see it - drawing people. The cover of their latest release, the smooth Street Soul Riddim feature the wonderful penned likenesses of Ce'Cile, Christopher Martin, Alaine and Romain Virgo (they final two, they've captured PERFECTLY). The riddim itself is also quite nice and all of those artist feature as do Lyricson, Jemere Morgan and others. 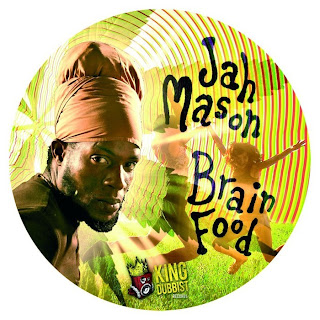 
And lastly coming soon this week is a BIG, BIG tune from Jah Mason, through the always reliable King Dubbist Records, 'Brain Food'. Definitely looking forward to having the full song, but this thing sounds EXCELLENT! The track is released in an EP, which also includes a couple of dubs and a tune on the same riddim from Ras Zacharri, 'I'm Flying' (which also features on his new album with the label, "Rootstep"). 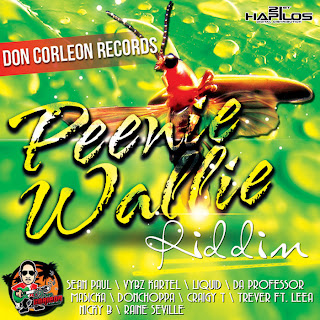 
Is it just me or does it seem like a really long time from last ace producer Don Corleon dropped a new riddim. Surely I'm missing one along the way, but however long it's been he recently ended the madness via his latest creation the soon to be underrated Peenie Wallie Riddim. Let me tell you something: You have to listen to this carefully and you have to listen to the instrumental (which, for a change, Corleon does include in this release). If you do that, you'll see (hear) that this thing is GORGEOUS! It's very subtle and it may not leap out at you immediately, but it's a beautiful riddim. Don enlists the capable vocals of Sean Paul, Vybz Kartel, Da Professor, Craigy T and others to manage it. 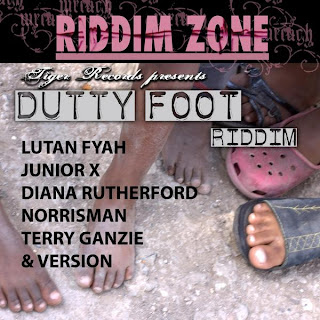 
Achis Reggae favourite Sherkhan and Tiger Records are back at work with an excellent new composition of their own, the Dutty Foot Riddim. The Dutty Foot is another one which doesn't immediately GRAB you, but it's such a nice riddim and something which very much comes outside of the expected. 'The Tigress', Diana Rutherford headlines with the riddim's signature moment, the well spun 'Rebel' and she's joined by the likes of Lutan Fyah, Norris Man, Terry Ganzie and Junior X. Pick it up today. 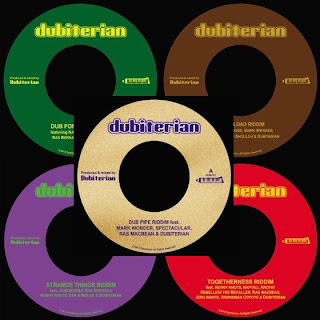 
If you haven't been paying attention (and I haven't) then you may not have noticed that the ever popular Dubiterian Records has quietly been on a very good streak as of late, doing a few strong releases recently. It took the mighty Heavy Load Riddim to catch my ears (big tune on that riddim, 'Irie' from Mark Wonder), but you also  have the Strange Things, the Dub For Life, the Togetherness and the Dub Pipe riddims, respectively. Singers such as Wonder, Naptali, Ras Mac Bean, Rebellion The Recaller, Junior Holt and, of course, Fitta Warri headline. 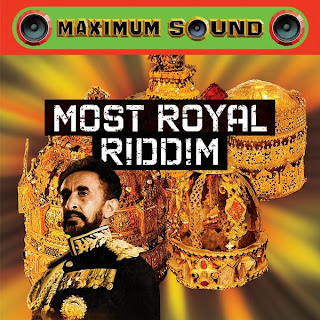 The Most Royal Riddim [Maximum Sound]

I know I mentioned this one from before, but having had a bit of a time to get more into it - it's very, very good and I'm still not finished. So beat me to it and pick up The Most Royal Riddim from Maximum Sound today. 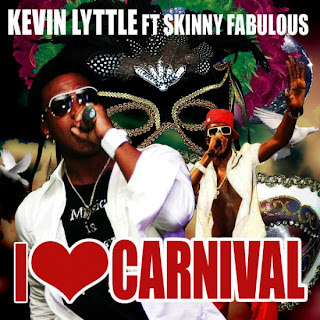 
And FINALLY, to celebrate the moment, is the big combination, 'I Love Carnival' from top flight Vincy Soca heads, Kevin Lyttle and the monstrous Skinny Fabulous (DAMN!). The electrically charged set has been very well received and while it may not fall in line with my tastes, it eventually sucked me in and grew on me.

Put madness in my brain and I refuse it tune out. Iiiiiiiiiiiii'm a monsta!

Digital
Posted by Achis at 8:51 PM