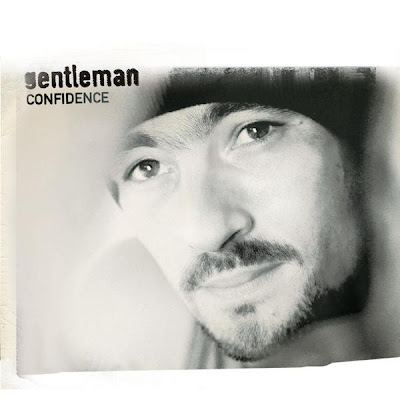 Okay so, as I've said in the past, one of the best things about someone doing a new album, at least for me, is that along with getting to enjoy that new album (hopefully it is enjoyable) we, as fans, also get a big reason to take a musical trip back to what they've also done up to that point. And specifically for me (because I'm a nerd), I like to make comparisons in terms of quality and sound and who played on the album and the producers and the studios and everything like that, so it is also always interesting to be able to notice and detail that progression or even regression in some cases. These days (at least until I get my paws on Midnite's "Be Strong") the album currently occupying my over-thinking is the latest from Gentleman, "New Day Dawn", besides spending hours upon hours wondering intensely exactly why they didn't stick an 'A' at the beginning of the title of the album, what I've been looking at mostly is… how "[A] New Day Dawn" has turned me back into the direction of an amazing little album from nine years ago, the incredible "Confidence".


"joy is what you've given me throughout the years"

Just in terms of actual enjoyment, and leaving things such as profound meaning, the manifesting of challenging thought and general enlightenment, aside for the moment (we'll get there in a second), I have to say that "Confidence" is one of the best pieces that the entirety of modern Roots Reggae music has ever produced. It was completely scintillating from beginning to end and literal step forward for Gentleman, himself. Looking back, it also helped to establish a level, even higher than its predecessor, "Journey To Jah" (another all-time great), which Gentleman (and very few others) have managed to top from then. So when we look at albums like "New Day Dawn", "Diversity" and definitely "Another Intensity", which immediately followed it, the thought may be "is this album as good as "Confidence". And it even speaks further to the quality of the release that despite the fact that none of them have been, they're still looked upon and respected as the wholly solid compositions that they were and, obviously, the final word hasn't even began to be written on the latest album, so it may have an even brighter 'dawn' than its two predecessors - while existing under this gorgeous 'quality umbrella' known as "Confidence".

"anytime you need me, I will be there my dear, I swear"

I think it's partially due to the great career that Gentleman has gone on to have that "Confidence" remains relevant and pertinent in some aspects, however, as a stand-alone project, it continues to absolutely thrill listeners nearly a decade following its release date. The greatest reason for this musically, in my opinion, is because it very much is that profound album which challenges and enlightens listeners in a way which may prove to have no actual shelf-life. Whatever you were looking for and however you look at this one, it was a winner. Through the most superficial of glancing spins, as I said, the album was very entertaining and could serve very well as just something to play in the background and not fully pay attention to, because it was so sonically pleasing to hear. HOWEVER, should you scratch the surface in any way and at almost any point, what YOU had was a master class in writing for the genre and also one in terms of delivery. Here, Gentleman was passionate. He was curious. He was in love. He was sad. He was dazzled. He was uninterested. He ran the gauntlet of emotions - making a set which echoed and continues to echo life in so many ways. Simultaneously, Gentleman also managed to make a set which was PERFECT and one of the greatest that I have ever heard. 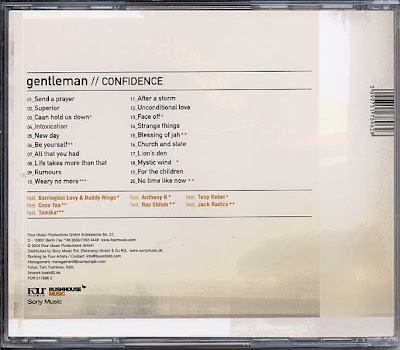 "no mistaking in everything you do"
Posted by Achis at 11:21 PM