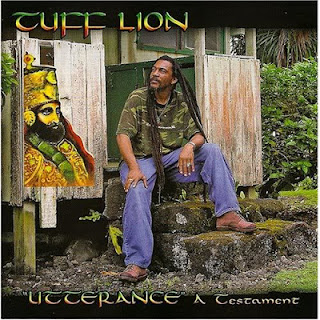 
Typically, when I simply have to listen to something from the incomparable Tuff Lion, I'm almost always going to pick up the "Ten Strings" album. That album, called a modern classic on these pages, is fantastic and it is necessary listening. It just is. However, these days, from definitely having the thought to go back (more on that later) I've been dealing with the album which was actually his debut release and, to date, his only vocal album, the overlooked but no less mighty "Utterance" from back in 2007, the year before "Ten Strings" reached and on the Lion's own Outpost Music Workshop imprint. "Utterance" was absolutely delightful modern Roots Reggae music and a powerful display of Tuff Lion's other talents. Of course, if you know his name at all, you probably know him as the wizard that he is on the guitar and as a producer, but as this album so wonderfully demonstrated (as did one of the next pieces that we're going to talk about), Tuff Lion is also someone who quite talented on the mic as well. These days, several songs here have really gotten my attention and probably none of them more so than the bar of gold disguised as a song 'Know The I Self'.

"Are you living positive, affirmative, progressive?
Are you peaceful and humble, not aggressive?
If you say yes well, you doing all the things you should"

Also ranking highly are typical favourites such as 'Stream of Consciousness', 'Rootstafari', 'Be N.A.T.T.Y.' [BOOM!], Balance and others. An excellent album which may've been forgotten just a bit, but for everyone who heard it, a big winner. 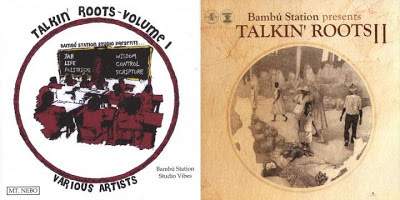 
If you spin forward to the last entry in this post, you'll well notice what it was that brought not only these two albums, but also "Utterance" back on my radars lately and a big thanks goes in that direction for that one and this one as well. The wonderful Bambú Station returned to prominence last year via the MASSIVE "Children Of Exodus" (which should have gotten a "Rewind!" feature at some point), their first album in six years I believe and that took care of one of the most anticipated returns in recent memory. Hopefully, however, they can also return to doing something else which they did quite well - making very, very hard to forget compilations. Their very best, in my opinion, was definitely within the "Talkin Roots" series which, across two installments, really did some major work in its day. Volume 1 would feature the works of very talented vocalists such as Dezarie, Ras Iba, Ankh Watep, Natty Empress, The Star Lion Family and others. Volume 2 took things even higher with the likes of the aforementioned Tuff Lion, Pressure Busspipe ["My powers make di wicked disappear. My powers manifest and Rastaman see it clear"], Army, Danny I, Ras Bumpa and it would even include the MASSIVE 'Never Change My Mind' by a conquering Lady Passion. It probably will NEVER happen again, but it would be news of a huge degree if ever the Station pulled up a third volume of "Talkin Roots" (preferably one featuring a great deal of music from Reemah). 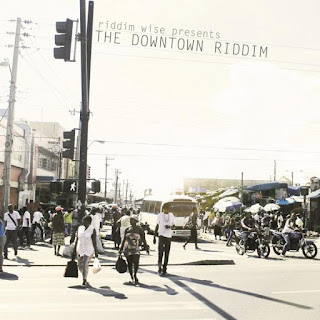 
I'd always meant to go back and have a deeper listen to the Downtown Riddim from late last year, courtesy of Transamazoniennes and Riddim Wise (who, I believe, actually built the riddim) and now that I finally have, it was even a little better than I thought as I definitely did have a good feeling about this one. The track itself was just a heavy piece, which was able, however, to generate quite a bit of versatility and melodic appeal. This was particularly true when placed in the hands of Lutan Fyah, Turbulence alongside I Shenko, Dan Fiyah Beats (twice - his second effort, 'Cyaan Hide It', is excellent), Perfect Giddimani, Mikey General, Mikey Dangerous, King Shadrock and others. Definitely go back and check this one out if you missed it. Very good. 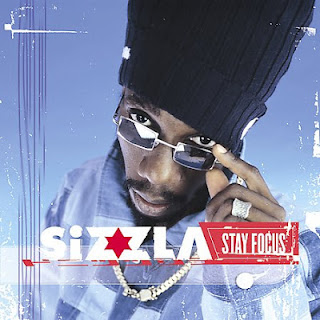 
And certainly Sizzla Kalonji releasing a new album ("The Messiah", in stores now) (great backing singing on that album) gives a reason and a opportunity to all to go back and enjoy some of his ridiculously large catalog and that's what I've done with "Stay Focus" from way back in 2004. Why this album exactly? For the most… 'loose' of reasons it jumped back in my mind as it, just like the new album opens with a Psalm ('Psalm 8' in this case). Outside of that, while not remembered as the best album (because it wasn't) this Xterminator produced record was decent. Probably best known as the album carrying the unexpectedly popular 'Stage Show', "Stay Focus" also had decent moments in the form of its just mentioned opener, 'Sound The Trumpet’, 'Volume', the title track and closer 'Jah Will Must Be Done' (which was sublime and is now my clear favourite from this album). I've also taken a greater interest in a tune that I probably haven't heard in a few years, the torching 'Destroy The Wicked'. 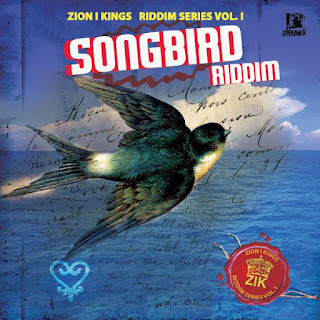 
And finally - I don't know if I've ever told you this so I think that I should - or maybe I'll just be reminding you, but:


"When I hear the songbirds I think of you!"