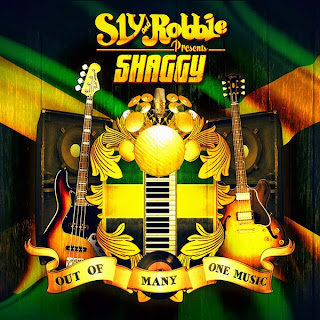 "Out Of Many, One Music" by Shaggy [Ranch Entertainment]


The immortal Sly & Robbie link with superstar, Shaggy (and in doing so have, basically, ensured themselves the Reggae Grammy for next year), for a full album celebrating Reggae music, "Out Of Many, One Music". In the latest stage of his career, Shaggy has shown himself to be very entertaining and though I never was the biggest of fans of his, some of his more recent work has well caught my attention and this album has been no exception. Ten of the record's thirteen tracks are combinations of some sort and Shaggy taps some amazing talents to voice with including Beres Hammond, Tarrus Riley, Damian Marley, Cocoa Tea, Konshens and Chronixx (without whom Reggae music simply cannot be made these days - it is impossible). 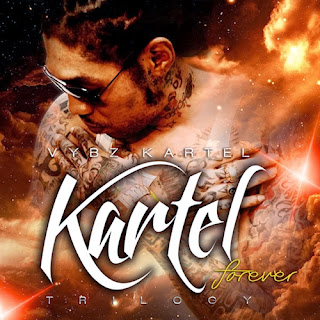 
Someday, someone will come along and put together the definitive 'greatest hits' set from ultra-controversial, but still revolutionarily talented Vybz Kartel. It will include a variety of songs from every stage of his career, dating back to the days of 'Weed Partner' and 'Gun Clown' up until now. It may very well be three discs in length. That will surely happen someday… until then, however, fans are welcomed to check out his latest set from Tad's Records which is from more recent material, the more than three hours long and sixty-one tracked "Kartel Forever: Trilogy". When this first popped up on the radar, it definitely caught my eye because I was thinking that it would be more of an anthology like set. But it isn't. What it is is far more current and if you've enjoyed the work of Kartel over the last four years or so, then you're virtually guaranteed to enjoy it. 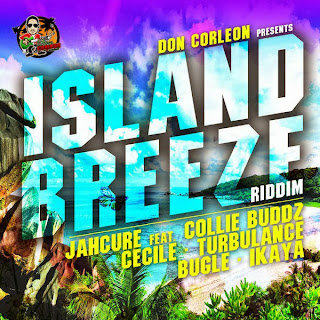 
Be sure to check out the latest piece of mastery from the always masterful Don Corleon (whose work will fill the aforementioned Vybz Kartel anthology someday), the Island Breeze Riddim. We were supposed to mention this awhile ago, but if you did miss it, it is SPECTACULAR! Corleon once again mines gold on the fittingly cool track which features work from label staples Jah Cure and Ce'Cile, as well as pieces from Turbulence, Bugle and Ikaya. Bermy star Collie Buddz also joins Jah Cure on his tune, 'The Right One', but to my opinion it is the ladies who take top honours on the Island Breeze as both Ce'Cile and Ikaya turn in stellar material. 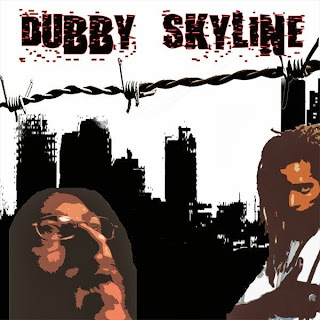 
A big deal is up next as Goldheart Music presents a dubbed out version of the WICKED 2009 release from the woefully underrated Daweh Congo, "Ghetto Skyline" which reemerges as "Dubby Skyline". BOOM! I've never been the biggest fan of Dub, but when you give me familiar material (and LIKED familiar material) it changes things a bit and my ears SMILED when I got a taste of this very smart release (especially on 'Dub Moon'). We may even slap a review for this one, but regardless, a smart thing to do, for you, would be to pick it up. 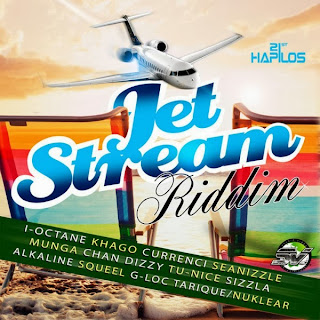 Though I wouldn't place it in the class of the Island Breeze, also riding recently is the Jet Stream Riddim from Studio Vibes Entertainment. This track is somewhat 'moody', as a piece which has a very cool and finessed type of side alongside a more POUNDING type of vibes. The roster of vocalists reflects the versatility of the track as well with Sizzla Kalonji leading a group which also includes I-Octane, Khago, Munga, Alkaline and impressing Seanizzle and G Loc. A very interesting set which, despite its immediate appeal has grown on me just a bit. 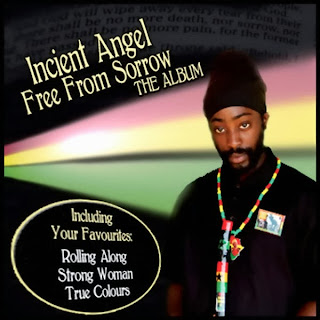 
It may've been four or five year ago now when a very solid EP release from one Incient Angel reached by the name of "Free From Sorrow". If I recall correctly, as is often the case, the piece was pushed in anticipation of a full-length project to come in the future and, though it took a really long time, "Free From Sorrow", the album, has FINALLY manifested. The Angel's is a very, very straight-forward talent, but he is able to mix up just a bit of versatility into things as well (he reminds me of someone so much, but I can never remember who they are). The album features all of the original songs from the EP as well as a few new pieces which I am really looking forward to hearing, particularly 'How Long Til They Know'. Beat me to it though be "Free From Sorrow", courtesy of Incient Angel, today. 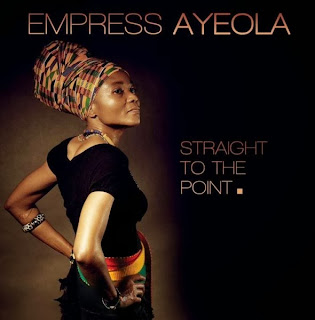 "Straight To The Point" by Empress Ayeola [Nu Edge]


UK based veteran, Empress Ayeola is back with her own new album of her own (which, I believe, would be her first from 2005's very well received "Isat Innat"), "Straight To The Point". Even before getting to the actual music on the album, I was just really happy to see Ayeola still making music because I couldn't even remember hearing a last song from after the first album. So thirteen of them (and an intro) was downright appetizing. Early listens also do not disappoint with songs like 'Rastafari Grow Me', 'Country Life' and others appearing to be standouts. 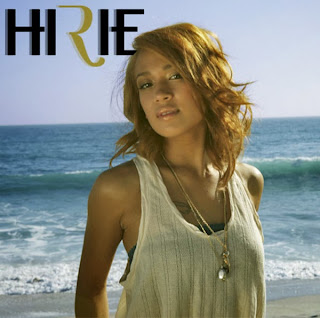 
Burgeoning Hawaiian songstress, Hirie, has been generating a buzz with a few big tunes recently and it has quickly lead to a full length and self-titled debut album for her as well. I'm still working on Hirie's music. I don't know what I think of her yet, but I will say that I hear something here and though I may hesitate in calling her the next big thing from the warehouse-like manufacturing Hawaiian Reggae scene, she may just be whether I think so or not. Find out for yourself when you check her new album (which features a song called 'Higher', which is wonderful) now. 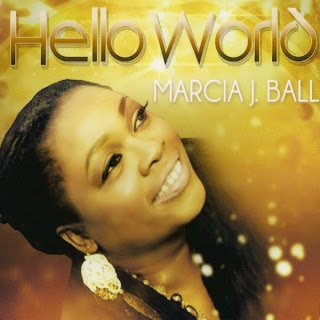 
Women continue to shine (WONDERFULLY!) as another veteran, Marcia Ball, is also up with a new album, "Hello World" via Rhythmax Records. The syrupy sweet singing vocalist almost always makes Lover's Rock, but she does switch it up occasionally and you'll find bites of that on the new album as well. Ball has been making solid music for quite awhile and if you have yet to become acquainted - maybe now is the perfect time. 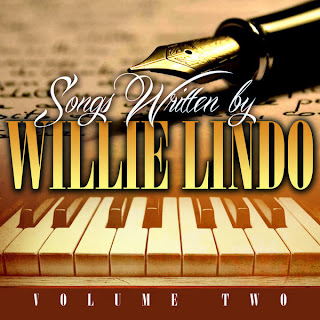 
The fine people at Heavy Beat Records takes us behind the scenes a bit in delivering their latest release, "Songs Written by Willie Lindo Vol. 2". The album exclusively features songs which were… written by Willie Lindo. If you know much about Heavy Beat, you know that they focus on more of a classic sound of Reggae music, so the lineup of vocal talents here should come to no surprise as the incomparable Beres Hammond and Dennis Brown headlines a lot which also includes JC Lodge, Kashief Lindo, Bob Andy, Boris Gardner and others. 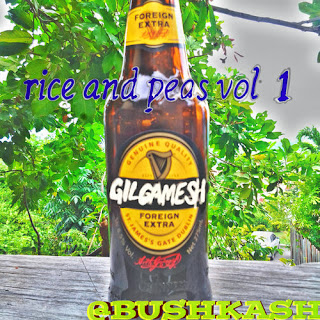 
And finally, though I'm not the biggest mixtape head, I definitely do trust Bredz' judgment and this next piece, "Rice & Peas Vol. 1" from reader Bush Kash, comes well recommended by the same person who… tells me what to do here. So biggup Bredz, biggup Bush Kash and you can hear the latter's work for yourself HERE.
Posted by Achis at 11:47 PM