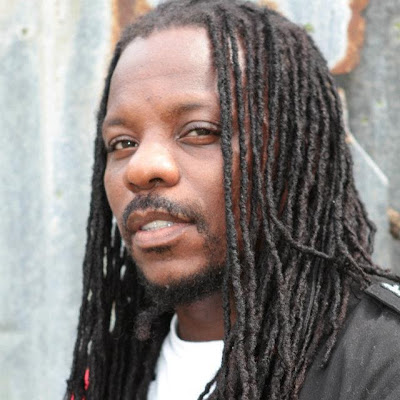 Like many of his peers, veteran Reggae Chuck Fenda chanter is someone who experienced a rather large shift in focus during the middle of his career. In his case the once talented hardcore Dancehall DJ went from drawing comparisons to Bounty Killer and the likes with tunes such as 'War Dem Come Fi Start', 'Badman Talking', 'Rougher Than This' (which was mad) and others, to spending a significant stretch of time which saw him become, easily, one of the most in-demand and dependable hitmakers in Roots Reggae. Following the link with Fifth Element Records, Fenda would see a rise to prominence, along with Richie Spice, which has extended to this day. It also see him do a bit of damage in terms of releasing albums and now we take a look at exactly how much as we dive into the career of, arguably, one of the most significant Roots stars from the turn of the century. Discography: Chuck Fenda 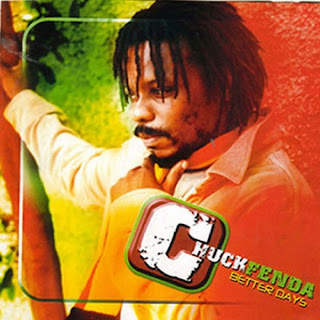 
Swear  it. In terms of consistency and just being a big album (as if there were any other possible criteria at all), to my opinion Chuck Fenda's debut album, the Fifth Element produced "Better Days", remains his finest piece of work. The songs on this album still represent some of the most well known of his entire career and when you tuned them in, you saw that it wasn't by chance or coincidence. 'Ruff Out Deh', the title track (grrrr!) and 'Haffi Win' just started off the set and they weren't alone. Also on "Better Days" were songs like 'Serious Time', 'The Prayer', 'See Love', 'Hurt My Soul' alongside Richie Spice, 'Poor People Cry' and, of course, the MAMMOTH 'I Swear' - still the single biggest hit of Fenda's entire career. 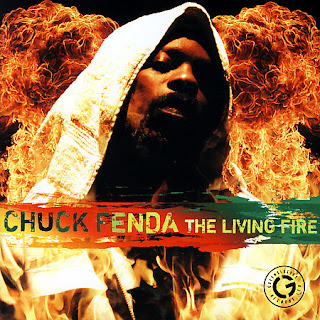 
Light dem. Along with his previous one, 'The Poor People's Defender', between albums #1 and 2, Fenda would also, basically, take on the moniker of 'The Living Fire' which would, unsurprisingly and wonderfully go on to be the name of his sophomore set (retrospectively, it may be one of the better named albums of its era). Another change between the two was that Fenda had officially left Fifth Element, if I recall correctly, and was still doing big things. The album would also find the chanter making his big time debut as it would appear on the once mighty Greensleeves imprint and if you recall what he was doing at the time, it came as no surprise. Not only were there the big tunes from the first album, but the leading into "The Living Fire", Fenda had also been hitting as well. Most notably were the giant pair in 'Coming Over' alongside Cherine Anderson and definitely the biggest winner here, 'Gash Dem [and Light Dem]'. Though this album's popularity hasn't seen it age well and it is largely remembered for only having carried those two songs, there was other nice material present such as 'Freedom of Speech', 'Judgment', the obligatory ganja song, 'Gwaan Plant' and the TOWERING 'I'm Praying' over Bob Marley's Redemption Song Riddim. Richie Spice once again guested, as did the brilliant Tanya Stephens. 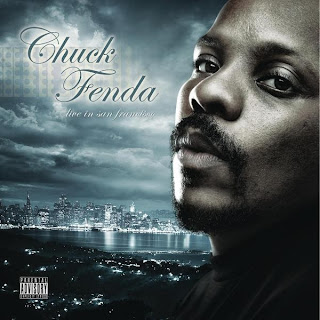 
Witness. Before they closed their doors, the very useful 2B1 Records made a name for themselves as, primarily, a label which was geared towards doing live albums and they several of them which, in retrospect, have become very useful in a genre which, most unfortunately, was and still is (especially now that they're gone) lacking in that specific arena. Along with the likes of Capleton, Everton Blender, Luciano, Junior Kelly, Lady Saw, Lutan Fyah and other modern names, they also did a piece with Chuck Fenda, the very decent "Live In San Francisco". The crowd response on this one was some of the better on the releases during the latter stages of 2B1's existence and  they had good reason to react as Fenda really covered most of his biggest material with renditions of 'Gash Dem', 'I Swear', 'Rough Out Deh' and more being included. 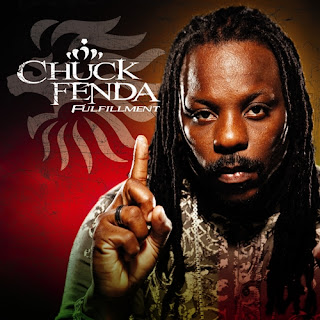 
Reach out. Later in 2009, Fenda would release what remains his latest LP (although his next, for John John, is apparently on its way), "Fulfillment", for VP Records, produced by Kemar 'Flava' McGregor (… a lot can change in just four years). Though the set received a similar fate as its direct predecessor, "The Living Fire", it was also a very good album and probably the better of the two, in full, as well. "Fulfillment" wasn't as flashy as either of the first two albums, but it was a fine lyrical performance which pinnacled on its three combinations which featured Fenda alongside Sammy Dread, the Bushman and I Wayne (who also had a 2B1 live album). If you kept up with Flava's output (whether you knew it or not), this album also featured Fenda voicing some of the ace producer's biggest tracks of the time.
Posted by Achis at 11:34 PM