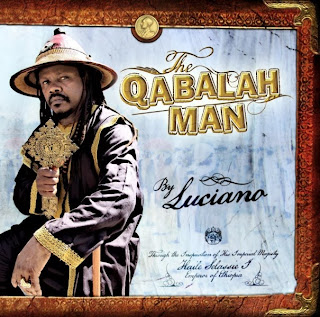 
Leading the way this week is a very interesting new album from legendary Roots Reggae vocalist, Luciano, "Qabalah Man". The album follows a pair of similar releases from earlier this year from Junior Kelly ["Piece of The Pie"] and Bryan Art, which were produced by the suddenly reenergized and always welcomed Al.Ta.Fa.An. Like those two albums, "Qabalah Man" is brimming with material fans should be quite familiar with as he has voiced with the label for years at this point. A decade ago even, Al.Ta.Fa.An was the big producer behind his solid "Tell It From The Heart" album for Minor 7 Flat 5. Like its predecessor, which featured input from the likes of Turbulence, Lutan Fyah and Taffari, the new album also features some outstanding vocal guests joining 'The Messenjah', including Bob Andy, U Roy and Achis Reggae favourites Mark Wonder, Ziggi Recado and Naptali. Oneness Records (more on them later) also contributes some very familiar tracks as well and, of course, VPAL distributes. Though I already know much of this album, I'm still looking forward to it and it is Luciano's very first album in a couple of years. 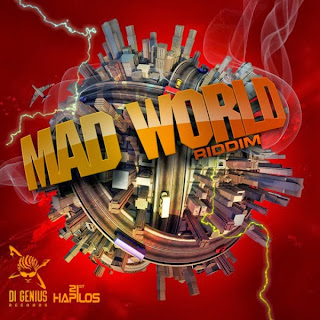 
Grrrr! Be sure to check the latest track from superstar producer, Stephen McGregor, and Di Genius Records, the maddening Mad World Riddim. Masterful, colourful and authentic Dancehall music from one of the genre's greatest maestros and, maybe, one of the finest such creations from McGregor in quite some time (and it may be one of his better pieces altogether). The Mad World is GOLDEN! Leading the way here is Agent Sasco, who reigns supreme on the track with his ultra-clever 'Gwan Like Thugs' and Frisco Kid with the title track but, of course, also doing finely are hands on the Big Ship, Chino, Bramma and Laden. Mavado also makes an appearance, as does Deablo and Di Genius, himself, who also wonderfully gives a clean version of the Mad World as well. Not to be missed. 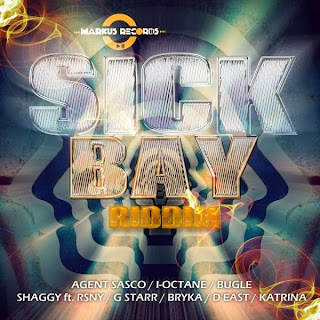 
Its quickly arriving to the point where the most interesting and compelling piece of information surrounding Markus Myrie is no longer the fact that he is the son of Buju Banton. Instead, Myrie and his Markus Records imprint have been performing at a virtuoso level in 2013 and it continues on with their latest composition, the Sick Bay Riddim. Again, the track is a beautiful piece of authentic modern Dancehall music and, also again, Agent Sasco comes in with a BIG tune. Also showing well are the likes of Shaggy, I-Octane, Bugle and Markus Records' owns, the burgeoning Bryka and D'east. 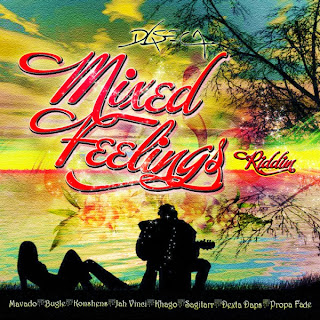 It's definitely been awhile from the last time we dealt with a release from Daseca, but they're also back with the nice Mixed Feelings Riddim. This track is on the slower side of things from the previous two and is a decent set more aimed at a different type of tune. Despite its brevity, the Mixed Feelings does not  fail to make an impression - steered in the proper direction by guides such as Konshens and Jah Vinci. Mavado, Khago and, of course, Bugle also check in. 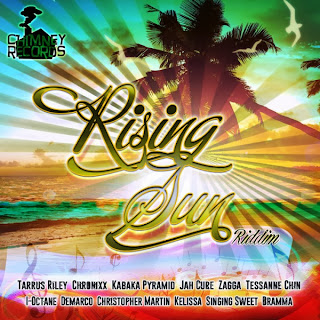 
Chimney Records continues the run of big names here (and there're two or three more… until Bredz sends me more stuff, and he will) with their big new set, the Rising Sun Riddim. In terms of an actual album, right now, this should be the best piece here as Chimney also continues a fine form for the year. As its title suggests, the Rising Sun is a LOVELY track and Chimney hands it over to a just as impressive cache of vocalists which includes Tarrus Riley, Jah Cure, I-Octane, Christopher Martin, Demarco, of course it can't officially be considered Reggae without Chronixx and Kabaka Pyramid who team up for 'Mi Alright' and even Bramma and Tessanne Chin and others. 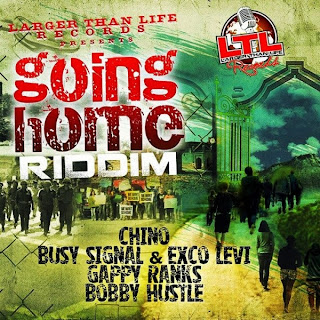 
Larger Than Life Records brings forth the very familiar sounding and golden Going Home Riddim. Despite only coming with four vocals and an instrumental, this thing sounds very promising in three of its tracks from Gappy Ranks, Chino (who actually drops a tune called 'Larger Than Life') and a potentially flaming combination between Busy Signal and Exco Levi. The fourth tune also sounds nice, from Dynasty Records favourite, Bobby Hustle. You wish it was more, but I'm expecting something BIG from LTL's Going Home Riddim. 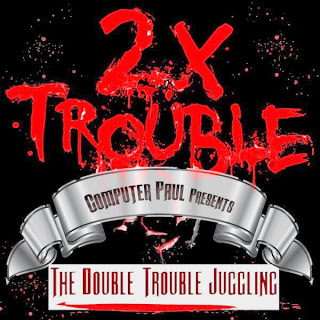 
Computer Paul is one of those types of people whose presence you almost surely do not notice consistently, but whose absence (in the absolute sense) would change so much of Reggae music. Without him and people like him, things just are not as possible as they are now, so I do keep an eye out for his output. This time around, he makes it damn easy and demands some credit for himself by "presenting" his latest piece, the Double Trouble Riddim. Computer Paul's work always seems to come through with a whole heap of CLASS and you simply do not get classier in Reggae circles than the work of Beres Hammond, whose song of the same name is revisited on this riddim. CP reworks the Steely & Clevie original and turns it over to a very interesting cast of vocalists. Like who?! Glen Washington, The Mighty Diamonds, Everton Blender, Junior X, Hezron, I Maroon, Steele, Terry Linen, Lukie D and Stevie Face headline a group which really do well with the Double Trouble which you should consider picking when you can. 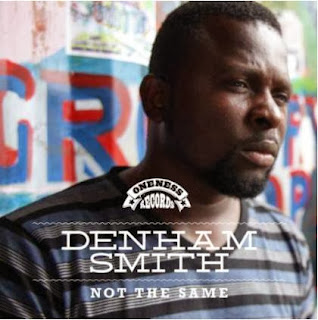 "Not The Same" by Denham Smith [Oneness Records]


Unfortunately it doesn't seem as if we've heard a lot from Oneness Records in 2013, following what was a sensational 2012 (even more unfortunate because 'new from Oneness Records' often also means 'new from Sara Lugo') (WHAT!), but apparently that's about to change as the label is about to deliver a six track EP from one of their favourites, the exceedingly talented Denham Smith. Last year Smith debuted with his well received "Come Wid It" set for Kingstone Records and I wasn't expecting to hear from him, at least not in a form like this, for awhile, but he's back already and if the clips are any indication (and they usually are), it was a pretty good idea. Denham Smith can do a variety of different things musically and if you haven't been paying attention to his work up to now, maybe it's time you became acquainted. 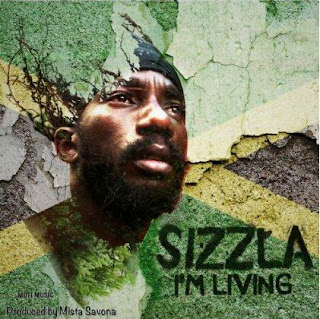 
Finally, coming soon this week is a new tune from the incomparable Sizzla Kalonji who touches with 'I'm Living' for Mista Savona and Muti Music from out of Australia. The three-tracked digital release features the title single from Kalonji, which sounds very good, as well as an acoustic version of the tune and 'Guide Me Oh Jah' from the bandelero, Pinchers, which is carried by the same riddim. Definitely worth hearing. 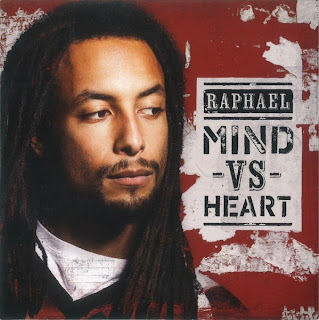 
In stores now is an album that I should probably write a review for one of these days, the long rumoured and finally here "Mind Vs. Heart" via well esteemed Austrian imprint, IrieVibrations. Fresh off of the recently released (and apparently quite popular) "Frequency" by Jahcoustix, the label is already back with an album I'm pretty sure I recall hearing about as early as sometime last year. Checking in at fifteen tracks at nearly an hour, "Mind Vs. Heart" has a very nice feeling about it and, if you're at all familiar with the work of IrieVibrations, historically speaking, you should be even more excited to hear this album if you haven't already. Guestspots come via the flaming Skarra Mucci and Achis Reggae favourite, Tiwony and while I don't know a lot about Raphael, it's probably time that I did something about that. Do the same and pick up his new album today. 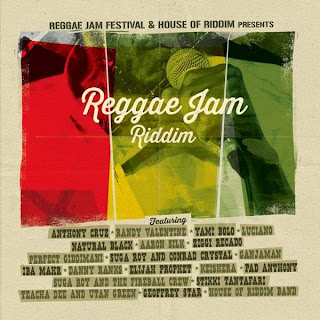 
Another big Austrian imprint (with another big new album recently released, "Over The Top" by Perfect Giddimani), the House Of Riddim, is back with a STERLING new track, the Reggae Jam Riddim. This upful composition is CANDY for your ears and it really lives up to a title which had me thinking I was about to hear some kind of tired and clichéd type of vibes. There is nothing templated about this track or the artists who voice it. Of course there is Perfect Giddimani (with a tune not from his new album), but he is joined by Luciano, Ziggi Recado, YAMI BOLO [BOOM!], Iba Mahr, Natural Black, Randy Valentine, Teacha Dee alongside Utan Green and more. I've had a quick listen through of this one and was mightily impressed. Check it out. 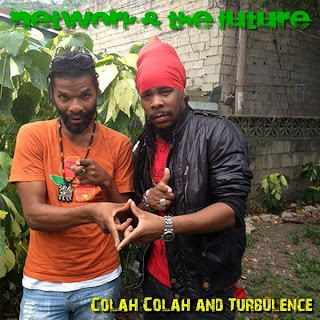 
Next in is a very interesting release as teaming up are Reggae veterans Turbulence and Colah Colah on what is a combination album between the two, "Network & The Future". Maybe a few years ago, I know that the two linked on a song named 'The Anchor' for one of Colah's albums, but I had no idea that the two were preparing for an album together. "Network & The Future" features twelve tracks - six of which are Colah's as a solo, five for Turbulence and one combination. Listening through it just a bit, I do hear impressive work, especially from Colah Colah, but we'll get into it further and see. And you can see for yourself when you check out "Network & The Future" by Colah Colah and Turbulence. 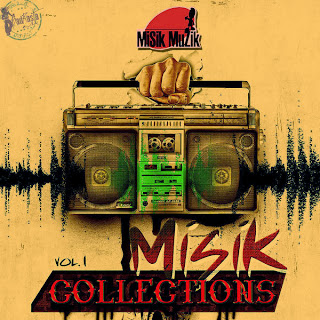 
If you're looking for a solid Dancehall compilation, definitely check out "Misik Collections Vol. 1" from Suku and Misik Muzik. The release is a mixed-riddim set from the label who has been quite active recently and is a FINE idea for you if you haven't necessarily been following their every move to date. And if you haven't, you should know that MM makes the same kind of music that you've been listening to for years on Suku's work - really aggressive and pounding Dancehall music. In only ten tracks "Misik Collections" manages to grab up a whole heap of big names such as Bounty Killer, Buju Banton, Beenie Man & Ele, Sizzla Kalonji, Agent Sasco, Konshens and of course, Ward 21. A very good idea and a strong release. 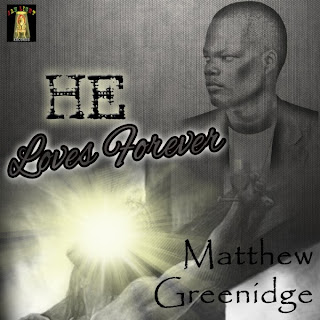 
And finally, check out the very first single from "Jah Rules Over All", the forthcoming debut album from JahLight Productions' very own Matthew Greenidge. That album is set to hit shelves very shortly (and we'll probably tell you about it next time), but first is the lively 'He Loves Forever' which is a very nice early taste of what is sure to be a wonderful full album.