Midnite & I Grade Records: "Same I Ah One" EP 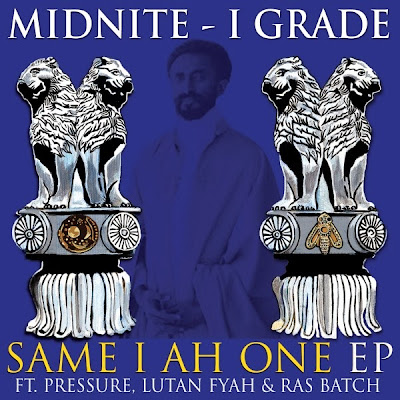 "Same I Ah One" EP by Midnite [I Grade Records]


I have a pretty good feeling that we'll get something MAJOR early in the new year in the form of the latest collaboration between the mighty Virgin Islands' Reggae export, Midnite, and its greatest producer of the music, I Grade Records, when "Beauty For Ashes" is set to reach. Until then, however, IGR has given fans an early, but GIANT sample of what is to come via the album's pre-release EP, which includes three significant tunes from the forthcoming project. Having recently had the opportunity to listen to the full set, I thought it an excellent piece to focus on today, just ahead of the new year and the certain genius that is to come. 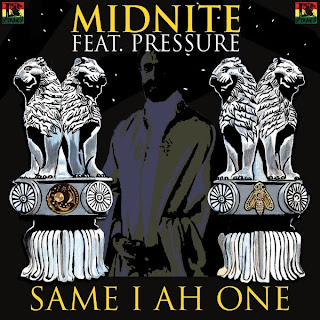 'Same I Ah One' featuring Pressure

There's a natural mystic in the earth, that's what they really don't know
Spiritual uprising in di people with a burning glow
Confidence in di victory over evil in this Armagiddion
IT'S A COLD WORLD, BUT DI WHOLE WORLD HAFFI WITNESS AFRIKAN REDEMPTION!

This is a Haile salutation to the all the world nation
FAILURE FI OVERSTAND SEEM ON DI BRINK OF DEVASTATION
World need redemption -
A sound mediation
Medication, mediation
Fi bring more balanced stands and rest in all di lands
BEFORE NUCLEAR PRETENSE WAS NUCLEAR ASPIRATION
Di root of the thought as a method of deterrence, but with adverse results, all to encourage all the strong
AND THE POSITIVE AND THE NEGATIVE AND THE NEUTRAL MARCH ALONG
AND THE ONE THREAD OF I-MANITY RUN THROUGH EVERYONE
WORLD NEED SOME CONSCIENCE TO BE FAIR TO WOMAN
JUST WATCH YUH FAMILY AND REGARD DEM AS ONE
Same I ah one
Same I ah one
Same I ah one -

Oppressing di poor -
We caan tek it no more
I am sure that unity will bring us back to di core
Like before, when we were one, like di sea and di shore
What is yours is not for me, I've got my own to adore
Where's the love in the town?
WHERE'S THE JOY INNA FROWN?
You're a king, where's your crown?
EVERY WORD CARRY SOUND

You waan fi si di world, watch how our nation play
Likkle boy and girl, what diplomacy say
Look how 70,000 gymnasts in asymmetrical say
Blessing coming through dem working on their inity
Like a drop inna di flow of di ocean sway
We sway and -
We stay as one

Seeking balance
Same I ah one
I and I ah one

Think of everyting you hold inna sentimentality
How your love and care dem inna yuh frequency
Get together and provide fi our banquet-be
MEK DEM AUSTERITY MEASURES FIND A LENIENCY
As wi gather the mass a people inna di ghetto, plenty
When dem find means of a measure with the aristocracy -
As one
We stay, as one


When I really dug into this tune, what I heard was something special. From the composition here (more on that in a minute), to the lyrics (obviously), 'Same I Ah One' is a BEAUTIFUL song about unity and how people, essentially, are the same, no matter who they are and what path they have chosen in life. It is such a finely put together piece of work that it is no wonder at all that it was chosen to occupy such a position ahead of the album as its first single. THIS is the type of song I'd point to for non fans of Midnite to get their attention. It is flaring and attention-grabbing, but it is also not at all a deviation from the work of Vaughn Benjamin and is wonderfully representational of exactly what makes him unlike anyone we have ever heard before. For his part, while Benjamin does dominate the song (having multiple verses and the chorus), Pressure Busspipe is in his typically brilliant form and his performance also highlights the fact that 2014 will also likely bring us his own release for I Grade Records as well. BOOM! 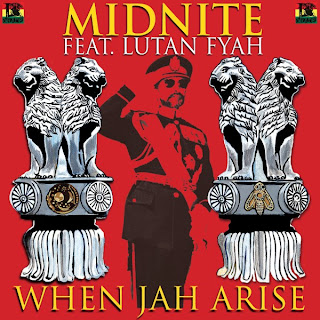 
The first blip of anything that I heard of 'When Jah Arise' was absolutely sterling. I was so impressed that I had it marked as the best song on an album, still months away from being released, that I had only heard one other song from. It was THAT good. It was the emerging literal descendent of the MAMMOTH 'Black Mamba', which was the crowning jewel of the last time Midnite linked with IGR and though all of that remains to be heard, what doesn't now is the fact that 'When Jah Arise' is a giant bar of gold! The tune finds Vaughn Benjamin linking with the brilliant Lutan Fyah for at least the third time by my count (there was 'Stay With His Majesty' and also 'No Matter What The Crisis') ["STAND CONFIDENT ROUND HERE!"] and, once again, two lyrical pillars from this era come together in praise of His Imperial Majesty in a massive way. Also of note here, the press release also just kind of casually mentions that Lutan Fyah, too, will have his own release from I Grade Records in 2014, which we knew already, but what did not know was its title: "Music Never Dies".


"The words of The King - relevant and simple:
No more first and second class citizens" 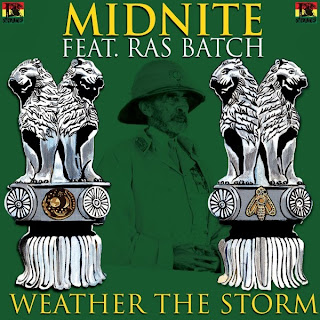 
Unlike Pressure and Lutan Fyah, Ras Batch will almost certainly not have a new IGR album in 2014 but (either of them will have to do something special to reach the heights Batch soared to in 2012 when he did team up with the label from the virtually flawless "Know Thyself" set) he does make an appearance on "Beauty For Ashes" with the also wonderful 'Weather The Storm', which is another mighty testament to the durability and enduring qualities of His Majesty. This one is a bit more subtle than the other two tunes here (as is Batch's style and presentation), so you will have to listen a bit more closely in this case, but doing so will allow you to witness one triumphant lyrical display ["THERE'S NO IMMIGRATION OR CUSTOMS INTO INFINITE"].

Also included on the "Same I Ah One" EP is a quartet of various dubs and mixes of the title track. The one which really got my attention, on paper, was the first -- a dub of the song -- which turned out to be excellent. The instrumental on that one is so nice, as I alluded to. And a big credit goes to one Balboa Becker (who (has a fantastic name) we've mentioned before) as well as a Garrett Kobsef, both of whom deal with the horns on this gorgeous track. We also get three remixes which, courtesy of the well esteemed Digital Ancient ["We need liberation!"] [WHAT!] [BOOM!], Liondub and Nic The Graduate, respectively, add a bit of bite to the original song. The first two of those involve quite a few different vibes, especially Digital Ancient's piece, and I think that it speaks to the prevailing quality of the original tune that you can do almost anything to it (and they do) and it still remains a big tune. . . 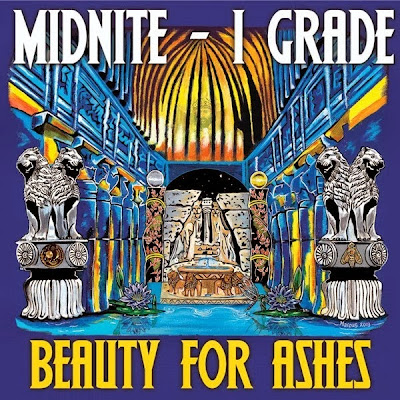 Now how long do I have to wait for that album?! Midnite's "Same I Ah One" EP, from I Grade Records is in stores now. Exercise some common sense, stop reading this rubbish and pick it up - Right now.
Posted by Achis at 11:45 PM