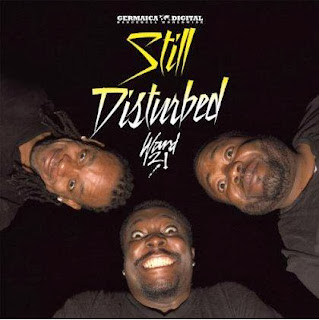 
It has been a while, but thankfully headed back is the always colourful and captivating Ward 21 who is set to deliver their… fifth [I THINK] (and am too lazy to verify) studio album to date, "Still Disturbed" for the fine people at Germaica Records. Quietly, the Ward has become a favourite of the label over the past few years and while I was surprised that they would have a forthcoming new album this year, when I learned the source, it wasn't very surprising at all. The title of the album is also very interesting because it, inherently, promises a return to the maddening days of old from the group and the early clips seem to suggest that is exactly what they came up with. Damn looking forward to "Still Disturbed" which features Konshens and this guy we're about to tell you about next. 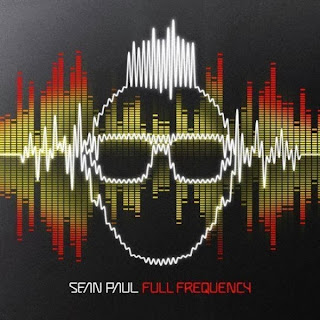 
Next we have an album which I was almost sure had already been released, probably because of how much of it has already been pushed, but FINALLY coming soon is the sixth full length album from Dancehall star, Sean Paul, "Full Frequency". It's been a really long nine years from the release of the "Trinity" album which was the last album Sean Paul did that I actually enjoyed and having sat through now, "Imperial Blaze" and "Tomahawk Technique", most recently, without liking much of either, his album releases have definitely lost some lustre through the years. HOWEVER, "Full Frequency" has a bit of a different atmosphere around it and while I can't imagine it rising to the levels of either "The Trinity" or "Stage One" (which was a classic), it should, rather easily, be his second best album to date. Just in case, Konshens, Damian Marley and superstar Hip-Hopper, Nicki Minaj join in with others. 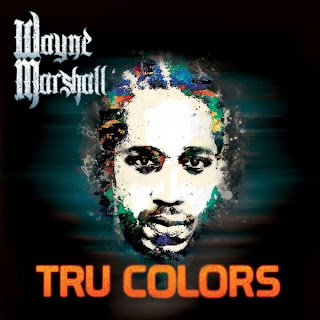 
If you would have told me that when he released his debut album way back in 2003 [DAMN!] that, "Marshall Law" would remain Wayne Marshall's only set for the next ELEVEN years, I would have been absolutely shocked. At the time he was one of the biggest up and coming names in the Dancehall, along with others such as Vybz Kartel and Assassin (speaking of albums) and, by far, the most promising singer at the time - and just a really big deal. And while I never was, and likely never will be, his biggest fan, I had to give him credit. All of these years later, definitely things have changed, but you're still giving credit to Marshall for finally returning to album shelves with his sophomore set, "Tru Colors". Even more shocking than the eleven year gap between release dates is the fact that Wayne Marshall would go on to link with the Marleys who helm the new album on their Ghetto Youths International imprint. There's already been a nice response to this one which had an EP for it back in October-November, so it'll be interesting to see how it all turns out. Guests are many, but of particular note are Bounty Killer, Capleton and Baby Cham. Also, check the first three entries in this post. In an era where Dancehall albums from some of the biggest names in the genre are essentially unicorns and bigfoots (are multiple Bigfoot called Bigfoots or Bigfeet???), 2014 is getting off to a great start with at least three in the year's first seven or eight weeks. 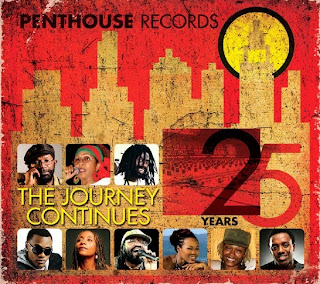 
I know what you're thinking so you don't even have to say it: "Achis, Penthouse releases a compilation every forty-five minutes, why mention this one?". Yes, you are correct and you do have a point. What seems to set the latest piece, "Penthouse 25: The Journey Continues", apart is not only the fact that it celebrates a quarter century of Donovan Germain's Penthouse Records, but it also comes through in a collector's edition with a DVD and four thousand songs between a pair of discs. Yes, the actual songs and artists are exactly what you're expecting (and I do mean exactly), but if you are going to only buy one of these compilations/reissues - this would probably figure to be the one. 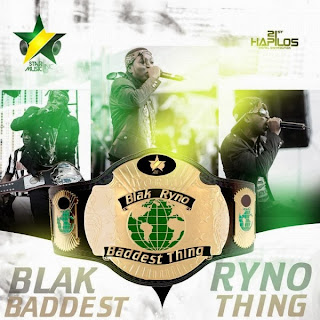 
'Baddest Thing' is Black Ryno's victory lap, basically. Surprisingly, it was Ryno unseating the standing champion of Sting last year, Kiprich, and doing so has allowed him to take the lap. 'Baddest Thing' is an unusual one because of the track behind it -- it's almost Soca-ish -- and while I've never been his biggest fan either, his actual fans love the changeup so pick it up when you can and hear for yourself. 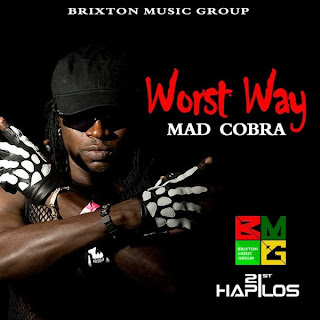 And speaking of Sting, someone who (unfortunately) couldn't be drawn into the mix was veteran DJ Mad Cobra who, once again, turns in a stunner, this time aimed at a few obvious targets, with 'Worst Way'. If you love the enthusiastic and downright ghoulish side of Dancehall music, this tune, like many of his drops in 2013 is for you and hopefully it is one of many in 2014... like an album full of them or so. 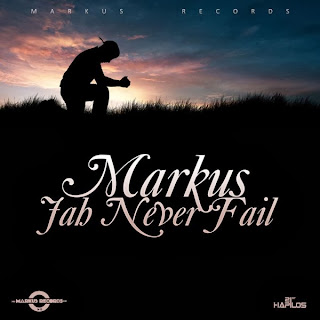 
Achis Reggae's Producer of The Year for 2013, Markus Myrie, is up next with a brand new tune of his own - literally. The burgeoning maestro actually takes the mic up for his 'Jah Never Fail'. The man has shown himself to have the midas touch as a producer and, as the son of Buju Banton (a fact which is increasingly becoming less and less interesting as he goes about his own career), voicing big tunes is in his bloodlines, so check it out. 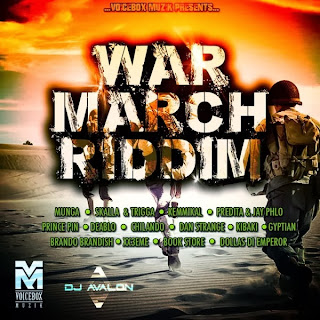 
I'm not very excited about some of the (most of the) actual tunes on the War March Riddim from Voicebox Muzik, but the actual track definitely did catch my attentions. If you're looking for something very nice and very well done with more than a little bite to it, you'll want to at least take a listen to this piece. Again, the vocals aren't the greatest, but it does have its moments courtesy of the likes of Deablo, Munga, Skalla & Trigga and others. The most surprising piece comes from Gyptian who gives the War March its title track. 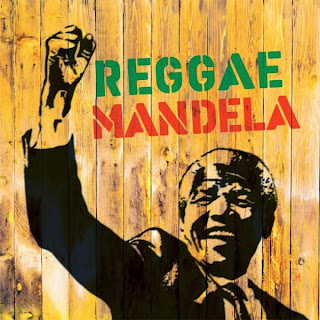 
Last month the world lost truly one of the greatest people it has ever given birth to, the Honourable Nelson Mandela, and, unsurprisingly, Reggae music was quick to take notice of his transition via the outpouring of many tunes to the former South African President and freedom fighter. VP Records has taken a next step in the process and is serving up an entire compilation full of songs in tribute to Mandela, "Reggae Mandela". He has been one of the more prominent figures celebrated in the music and such a project was not only a piece of sound judgment, but just NECESSARY in my opinion and I don't know this for sure, but you would hope that profits generated from this set would go to some great cause as well. The album is full of big names and songs, many of which you're likely to be familiar with and I was really happy to see the recent 'Thank You Mr. Mandela' from veteran vocalist, Carlene Davis included as well. Also appearing are efforts from the likes of Tony Rebel, the late and great Sugar Minott, Shabba Ranks, Dennis Brown & Cocoa Tea and even Beenie Man who comes with one of my favourite songs from his giant catalogue, 'Steve Biko' ["Do you know? Tell me what you really know - about that great man, Steve Biko"]. 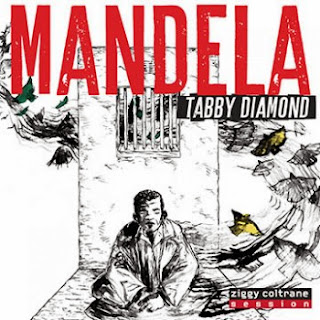 
Also appearing on "Reggae Mandela" is a pair of tracks from the legendary Mighty Diamonds and that isn't the only contribution members of the group are making in celebration of the legacy of Nelson Mandela. Also in the offering is a BEAUTIFUL selection from Tabby Diamond, simply called 'Mandela'. The song came well recommended by one Kwame Heshimu who wrote it (and would have every reason in the world to recommend it), but it was Bredz who really suggested that I take a listen to the track and they both were correct, it is lovely! The vocals, of course, are top notch, but also very nice is the riddim which was produced by Ziggy Coltrane. This one is still within the planning stages and we'll be sure to let you know when you can pick it up. I like your song Kwame - well done. 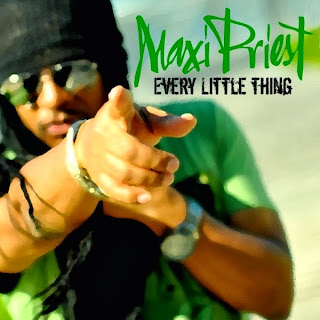 
And finally (because we forgot to mention it last time (and probably the time before that), if you haven't already, be sure to check the latest golden offering from the reigning World's Coolest Man, Maxi Priest, 'Every Little Thing'. The tune is quintessential Maxi Priest and is an early shot from the Priest's 2014 full album, "Easy To Love" - from VP Records.