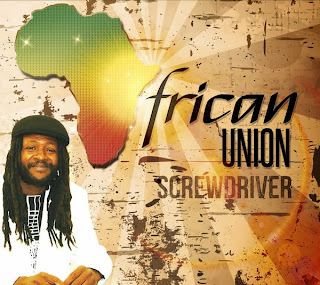 
Going back and trying to figure out what were the best albums of the past year has well opened up a few older selections that I'd been meaning to go back and have another listen to and definitely amongst the most interesting was this excellent early year release from veteran Screwdriver, "African Union". While the album, ultimately, maybe didn't get the attention it was due, it did generate a nice buzz in its time and was a very solid release. While it may or may not make the final list, "African Union" was brimming with nice music and if you missed it, exercise some good sense and have a listen. These days, tunes such as 'Exercise', 'Sweet Mother Land', 'We The People' and the golden title track remain significant highlights. 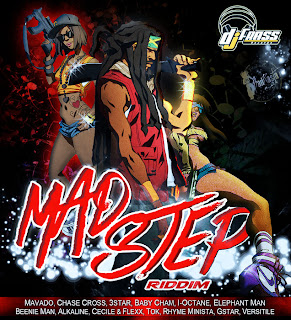 
Though the first time I heard it (and a couple of weeks on), I was far from impressed, there is something almost downright ghoulishly addictive about the latest dark creation from Frass, the Mad Step Riddim and it has well grown on me from then. The intoxicant of a track, as usual from Frass, also comes armed with some of the biggest names in the genre with the likes of Ele, Beenie Man, Mavado, TOK, I-Octane and Ce'Cile (w/Flexx) making appearances. However, one of the more fascinating pieces of information adorning the Mad Step was the fact that it represented one of the one or two times annually that Baby Cham would venture outside the walls of the Madhouse and his effort here, 'Hustle All Day', is one of the tracks' biggest. Chase Cross and especially Gstar (grrrr) also impress. 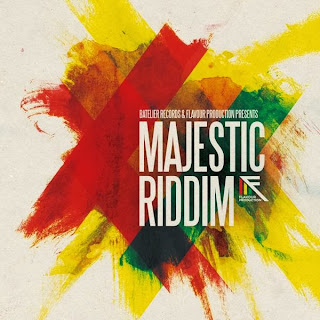 
I saw the name Hornsman Coyote attached to the Majestic Riddim from Batelier Records and it seemed like an excellent time to become reacquainted with the work of the Serbian artist and his tune here, 'Majestic Anthem' did not disappoint. And Batelier didn't only link with Coyote, the Slovakian label got several really big names to join him. Perfect Giddimani, Half Pint, Rebellion The Recaller and King Kalabash also voice the lovely track as does Deadly Hunta whose 'As Far As I Can See' takes top honours on the Majestic in my opinion. 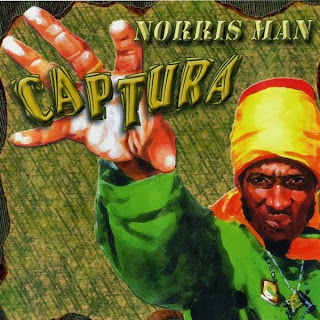 
Norris Man had a pair of albums worthy of consideration for an Album of The Year list in 2013 (and I can guarantee you that at least one of them is on the list) and going through them brought me back to an album which I feel has been so poorly mistreated by fans, "Captura" from Grillaras Productions. I've maintained (and still do) that it was amongst the very best in his catalogue to date and, lately, every time I come back to this album, I find more things to appreciate and that hasn't stopped. You may not have "Captura" in your collection currently but… you need to get to that. 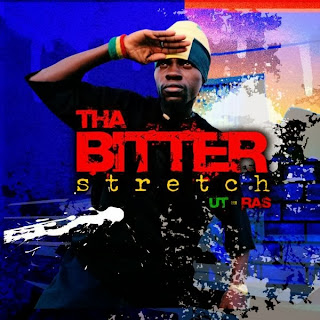 
And lastly, and unsurprisingly, listening to another Grillaras piece in the previously mentioned piece has wonderfully led me back to one of the coolest releases the label ever did from one of their greatest finds as well. Though he has yet to produce another (but he has managed to be active) the fiery UT Ras definitely delivered on his debut album, "Tha Bitter Stretch". I go here now expecting FLAMES and while the album may not be as harsh as I remember it to be, UT Ras was at his best sans constraints and Grillaras set him loose on BIG tunes such as 'Only Hope', 'Hail The King', 'Burn Dem Out' and, of course, 'Anchent Warriors' which is still the signature track from "Tha Bitter Stretch", Hopefully someday he can make another, but until then, UT Ras' debut remains worth a listen and it still isn't too difficult to find.