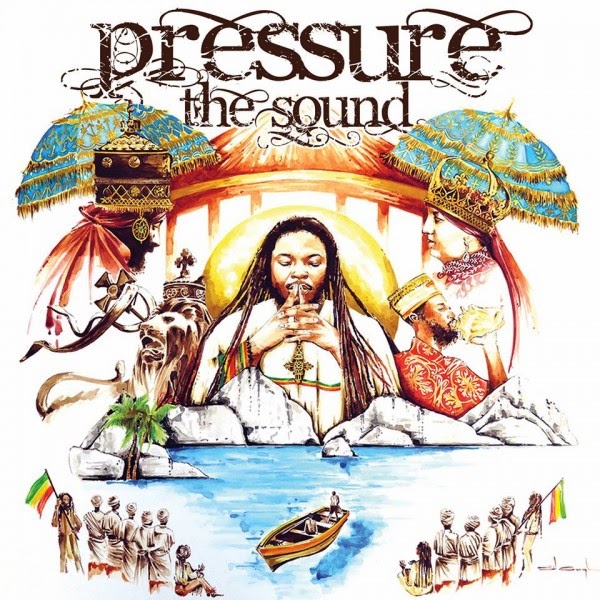 "The Sound" by Pressure Busspipe [I Grade Records]


The biggest news in this week is the final release date and cover for one of the most anticipated albums of early 2014 as VI superstar, Pressure Busspipe, links up with the VI's biggest label, I Grade Records, and the Zion I Kings to bring us "The Sound". The album, Pressure’s fourth to date, has already attracted quite a bit of attention, largely because of one of its early singles, the STERLING 'Virgin Islands Nice', and given his recent form, I'm fully expecting "The Sound" to be one of the biggest albums of the year. We haven't seen a final tracklist just yet, but I can't wait to get my ears on the final product. Should be a great one. 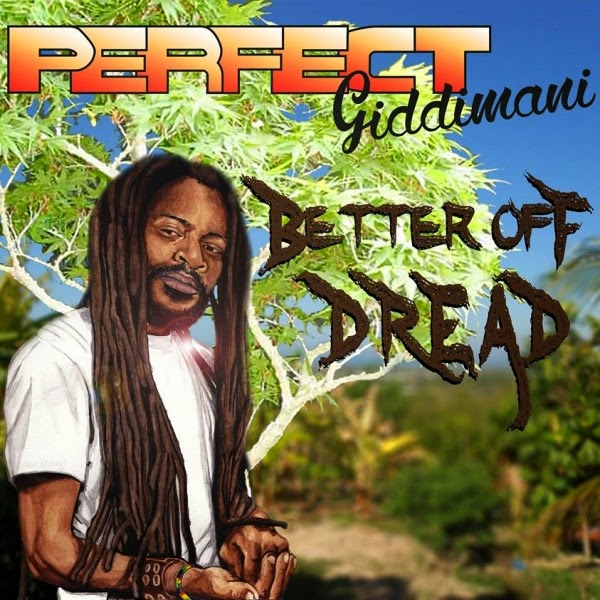 
Just as I Grade has already impressed well in the new year on the strength of the MASSIVE "Beauty For Ashes" album from Midnite and are looking forward to their next project, the week prior to "The Sound", also making a quick return will be Jah Youth Productions who already delivered the equally substantial "Indigenous" album courtesy of veteran Rob Symeonn in February and is now set to bring forth "Better Off Dread" from the recently flaming Perfect Giddimani (that sentence was extremely long). The album features material from, amongst others, Weedy G Soundforce, New World Sounds, the House of Riddim (who helmed Perfect's most recent release, 2013's "Over The Top") and Rumble Rock Recordz and it is very good to see Perfect remaining active and present on album shelves, particular at such an effective stage in his career.

Releases on April 8
Digital
Thanks Susan! 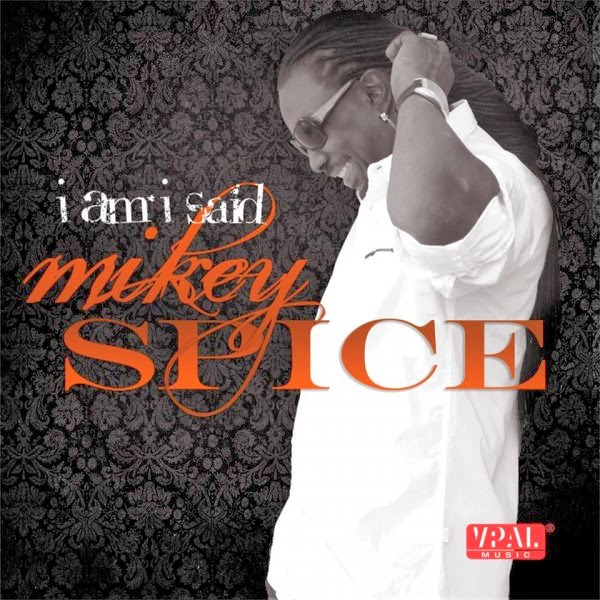 "I Am, I Said" by Mikey Spice [Joe Fraser Records]


If no one told you, then allow me: It's happy hour again as returning with his first new album since… his last new album is sweet singing veteran, Mikey Spice, who once again links up with wonderfully reliable people at Joe Fraser Records (as well as the seemingly inactivity-allergic VPAL). Given those set of circumstances, you can surely get an idea of what to expect in this case as big voiced old school love anthems figure to run in abundance and, as always, it should turn out to be very solid. Mikey Spice always seems to be (like Richie Stephens) someone who has more fans and more passionate fans than you realize and I'm well expecting this one to be received by all of them very well. 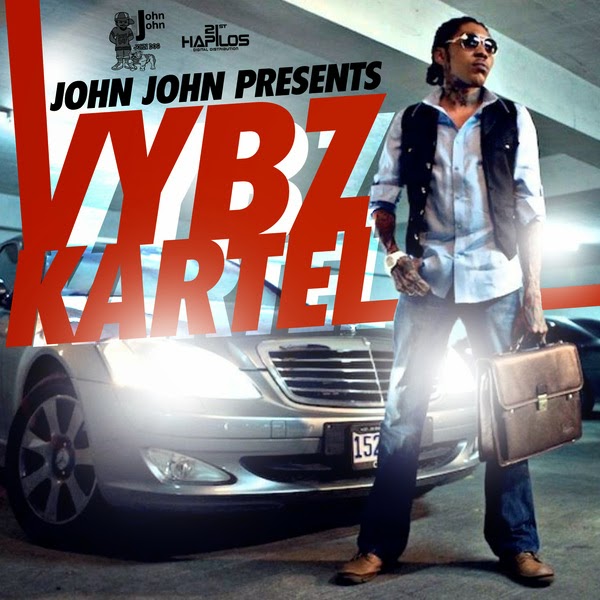 
And because a riddim album, full albums from Sizzla Kalonji and Mykal Rose and an EP from Sanchez just wasn't enough for producer John John, he's also "presenting" a very random (though not entirely unexpected) (obviously) seven tracked EP from troubled Dancehall DJ Vybz Kartel. You can fully expect to see more of these coming soon and this one though of no real value, isn't horrible. Focusing on older material "John John Presents Vybz Kartel" includes combinations with Shabba Ranks and Bounty Killer as well as Kartel's cut of the reenergized Nookie Riddim, 'Proper English', which is easily the best thing found here. 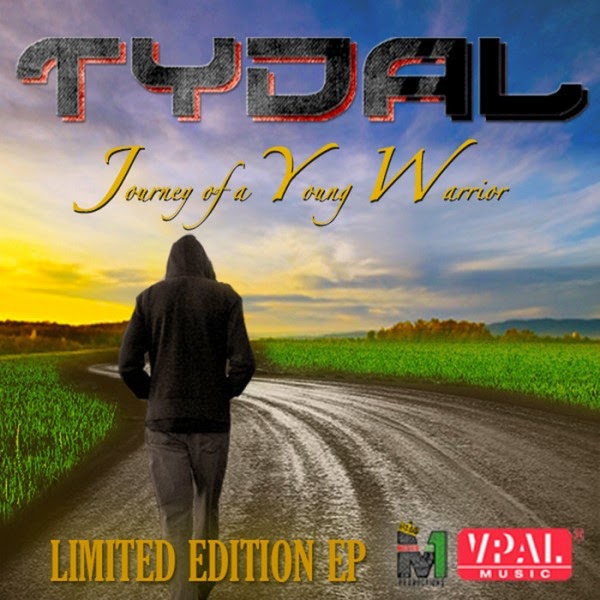 "Journey of A Young Warrior" by Tydal [Master One Entertainment]


With Chronixx being as much of a guarantee as possible to have the EP of the year when his "Dread & Terrible" project reaches in April, silent warrior Tydal is going for runner-up with his own should-be-outstanding EP, "Journey of A Young Warrior". Tydal's is a very interesting talent as, his most immediately recognizable gift is definitely his sonic appeal. Tydal makes tunes which're very pleasant to listen to -- even before you get to the matter of their actual substance -- and that should be on full display within the seven tracks comprising this EP. Included, of course, is his biggest shot to date, 'Silent Warrior', as well as the BEAUTIFUL 'Somewhere In Africa', 'Coward' and other tunes I'm really looking forward to taking in. Tydal is a big up and comer and this should release would be a fantastic way to make his musical acquaintance if you have not already. 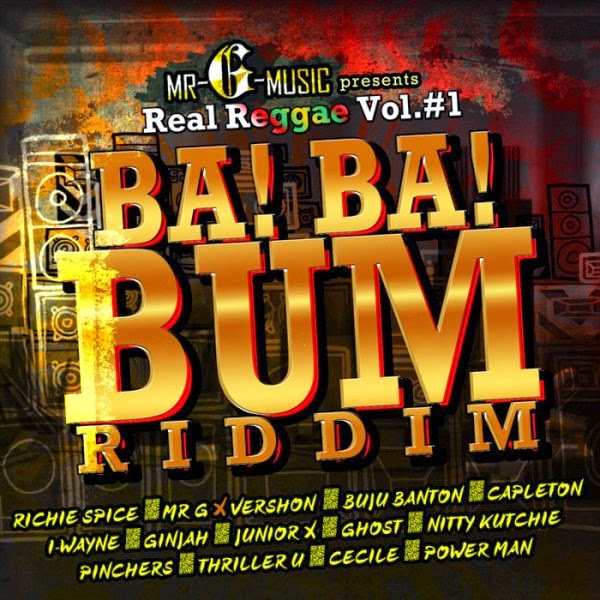 
A big piece of credit goes at Mr. G for one of his biggest releases in a loooooong time, the Ba Ba Bum Riddim. The assemblage of talent on this one, ostensibly, is RIDICULOUS. Buju Banton, I-Wayne, Ce'Cile, Richie Spice, Thriller U, Ginjah, Junior X and Pinchers all make appearances and take their chances at having the second best song on this riddim following Capleton who lays it to ruins with his disastrous 'Blue Mountain Peak'. The well familiar track is also top notch and, as is always nice, a clean version is included. 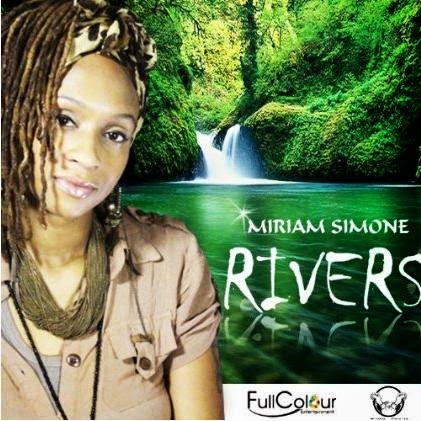 
And though I haven't heard the full tune here, from the clips 'Rivers' by Alison Hin… Miriam Simone, via the wonderful people at Dredda Records, should be at worst a REALLY good song. Perhaps quietly, Simone has been turning in big results from… from forever really, I don't recall her not making big tunes - and this should be one of her very best. Check it out. 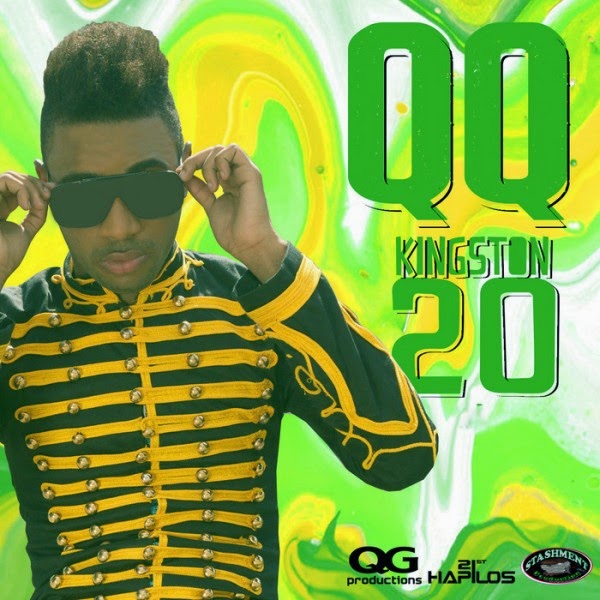 
And though I've never been the biggest fan of QQ's (because I am a really old man) (I am nearly THIRTY-THREE years old!!!), we mention him today because he has a new album (which may be his first) coming up, "Kingston 20". And with Dancehall albums from even remotely solid names have been dinosaurs in recent years, biggup QQ for joining the very small lot (although it has been pretty good this year, like everything else). 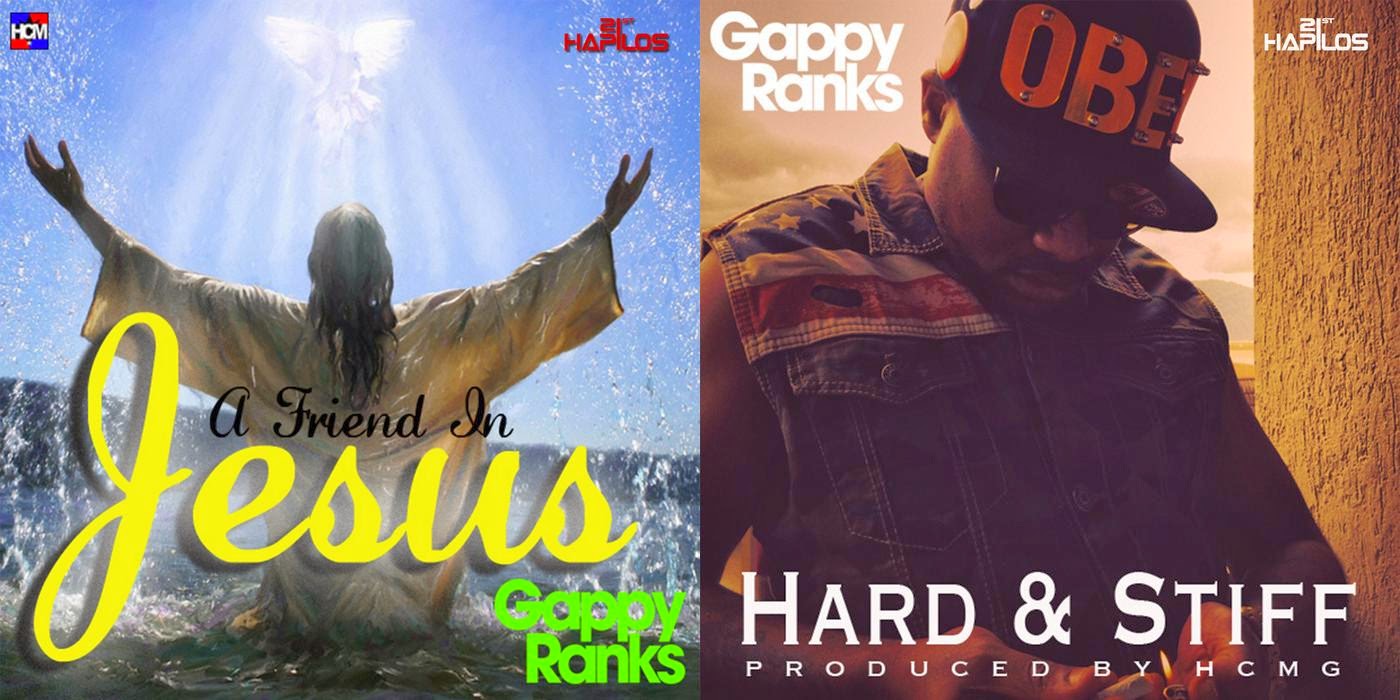 
UK star Gappy Ranks and his Hot Coffee Music imprint remain steadily at work and have a pair of… very different singles forthcoming in early April. On one hand is 'A Friend In Jesus', which doesn't appear to be what I was expecting in terms of a full Gappy Goes Gospel experiment. Instead, the song seems to bring his typical clever edginess, but delivering it in a very rare way for the artist. The other single is called 'Hard & Stiff' and is about exactly what you think it is, but it too seems to be a nice effort from the clips. Gappy is probably becoming one of my favourites as of early 2014 and one of the reasons is definitely because of his attention to detail and an unflappable versatility. 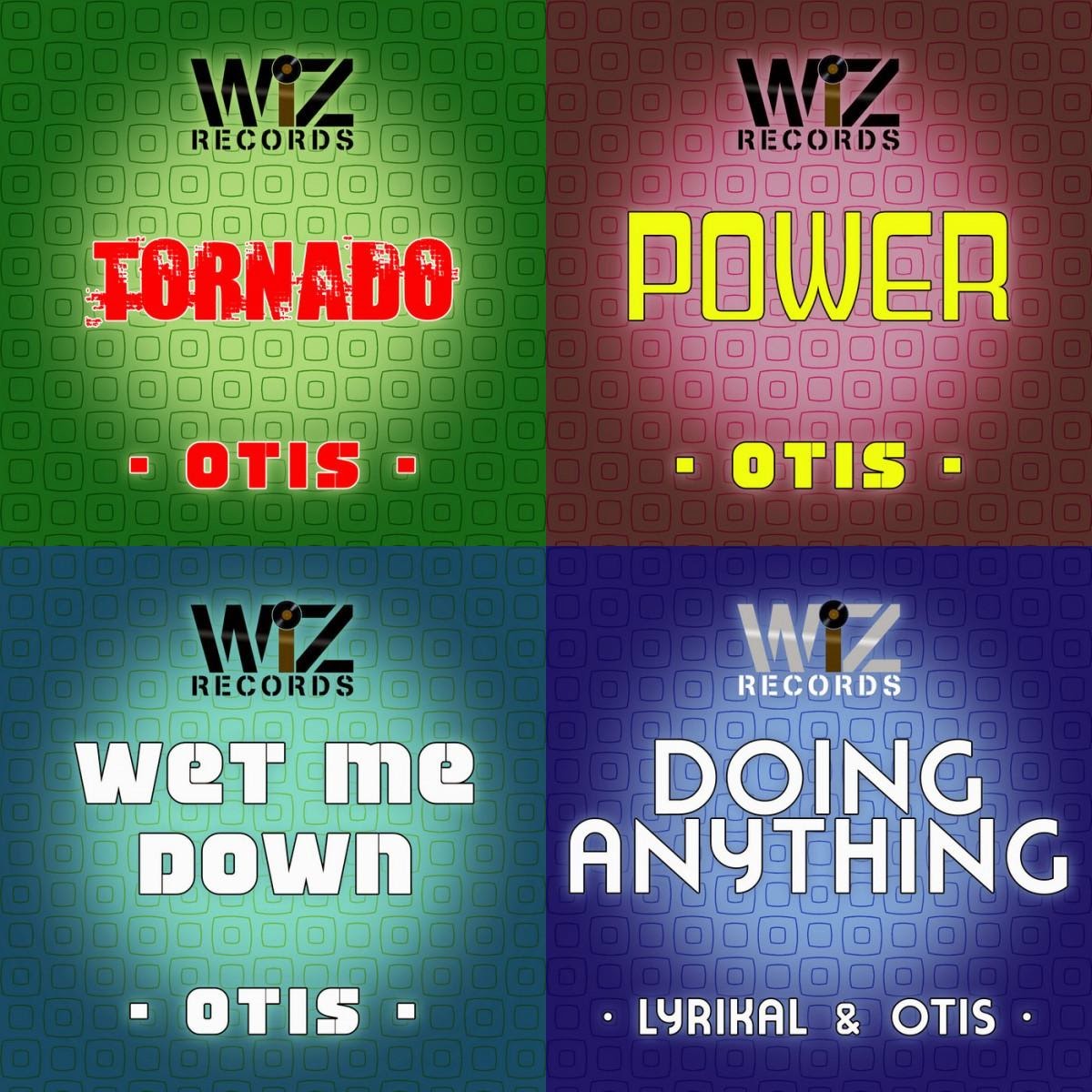 
And lastly - continuing their apparent course to take over the entire world is Fox Fuse and Grenada is their latest stop as they, completely randomly, venture into the catalogue of Otis. Though random as it is (and it is), there is good stuff here. Of the four tunes - there're three which are at least solid. 'Doing Anything' is recent and features Otis alongside Lyrikal and was absolutely delightful as was 'Wet Me Down', which I don't even remember. Most importantly, however, is 'Tornado' which was Otis' biggest hit to date and netted the artist a Soca Monarch crown as well as a Road March title a few years ago ["GET IN A CIRCLE AND FORM A TORNADOOOOOOOOO!"]. Biggup Fox Fuse.