'Staying In Touch': A review of The Way Back Riddim 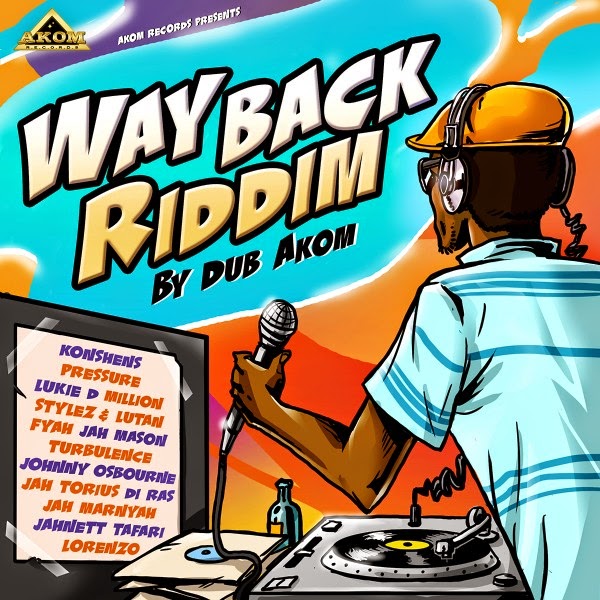 Once again Akom Records manages to impress when it comes to the selection of artists to voice this riddim. They cover every area from the up and comers to the veterans and legends, all the way to some of the biggest ranking names in Reggae today and such a first-rate composition deserves nothing less. One of the biggest names and Akom Records favourite, Konshens, gets things started on the Way Back Riddim from Akom Records and Dub Akom with the sublime 'Let Me Go'. This song finds Konshens saying goodbye to a relationship in its terminal stages and, as is his usual, Konshens shines. He's become one of those names who should, at least in my opinion, be counted upon to do top notch material on every song and 'Let Me Go' ranks on that level. And speaking of someone who should be dependable, 'Crazy Love' comes from an artist who has dropped what is our choice the best album of 2014 thus far, Pressure Busspipe ["The Sound", in stores now]. This tune is on the much brighter spectrum of relationships compared to its predecessor and rates just as highly.

"Everyone keeps talking about us -
The way you're so attentive to me
You're a Queen, and I surely treat you as such
Just hold dis yah frequency
When I'm with you, girl I get so humble
I pray that no one disturb
You brighten up my world like a candle
Give you what you deserve

Crazy love!
No love can compare to yours
Crazy love!
I never felt this way before

The big social commentary, 'The System Evil', which comes from a name who should definitely be paying attention to in 2014, Jah Torius, rounds out the beginnings of the Way Back Riddim and does it in a fine style. Though somewhat straight forward, I did find that listening to this tune more and more kind of livened it up in my ears just a bit (it has a very subtle edge to it which is in both its pacing and the lyrics, so pay a special amount of attention to this one). Here, Torius speaks on the ills of society which almost seem to create a perpetual line of suffering on the people and he especially speaks to the youths of the world who have the opportunity to finally end that line. And I'll also mention here veteran vocalist Lukie D who makes a nice appearance on the Way Back with 'Calling'. The singer takes his piece in a more socially aware direction as well (with a heavy spiritual inclination) and he, too, is looking for the masses to end the corruption in the world. This is the type of tune which may get lost in the proverbial shuffle of this project, but if you lose it, that'll be your mistake because Lukie D pushes one of the best songs on this riddim to my opinion.

After checking the tracklist, there were several songs on the Way Back Riddim that I was very interested in hearing and well at the head was the track's only combination tune, 'Revelation Time' which actually links two of the biggest names reaching, Million Stylez & Lutan Fyah (new album, "Get Rid Of Di Wicked", coming in June) and the two do not disappoint.

Million Stylez' presence on a tune almost inherently makes things just a bit more lively and energetic and linking him with someone as lyrically proficient as Lutan Fyah makes for a magical moment which I should probably call the best song on this album, but I'm now well partial to another. The next song I was most looking forward to (after both 'Revelation Time' and 'Crazy Love') was 'Reach Out' which comes from another staple and favourite of Akom Records, Jah Marnyah. We haven't heard much from the sensational Montserrat native following his excellent 2012 debut album, "A New Day" ["DEM VEX WHEN MI HAIL RASTAFARI!"], so it was a joy to get a new song from the chanter and, again, this one did not fail to impress either. 'Reach Out' is a song about striving and doing what you have to do to be able to do your best and it is also yet another big selection from someone who is sitting on a mountain (a volcano!) of talent. Jah Mason also jumps on the Way Back Riddim and does it with another of its numerous standouts, 'Dem A Fight'. If ever you find yourself listening to a Roots Reggae piece and you need a bit of FIRE and BITE, names which are more reliable than Jah Mason's are slim at best. The passion he brings to his song is instantly infectious and you can probably say that same thing about dozens of tracks on which the Mason's music appears ["Tell dem ain't no turning back. Dem neva know seh Bobo Mason hard like rock. And anytime mi here, YOU KNOW SEH DAT A SURE-SHOT. I'm like the green light: Go. MI NAH KNOW BOUT STOP"]. Akom Records gets Turbulence in a good form which means (100% of the time - If you EVER get the man anywhere near his best, he ALWAYS makes good music) they also get a winning tune. The stirring 'Step Without Fear' is the Way Back Riddim's obligatory ganja tune and it seems to be about taking pride in what you do. Despite the potential problems you may face, Turbulence wants you to be proud of what you do! It is an interesting song in its direction, but its uniqueness is overshadowed by its prevailing quality. Still, with all of that being said, to my opinion taking top honours on the Way Back Riddim is King Lorenzo who tells all who will listen that he is a 'Warrior'.

"Even when a difficult times
When I've got so much things on my mind
Hunting for my bread and it's hard to find
Ain't no giving in, victory is mine!
Sometimes it's gonna get real tough
And it seems like my best is not enough
And even when it feels like no one cares
I & I AH GWAN PERSEVERE!

There's got to be a solution!
There's got to be a way out!
I put my work in motion
Moving forward with no doubt
Yes, I am on this mission
And I know that this life ain't no game
It's all about progress!
MOVING FORWARD IS THE AIM"

Loooooooooong after the tune ends, you're still singing 'along' with it ["I AM A WARRIAH!"] and it also resonates lyrically. It is about fighting for what you want. Lorenzo almost seems to poignantly suggest that when you get whatever it is that you want, that you'll appreciate it more because of the struggle and his point is to be ready for the struggle when you reach it. A BIG, BIG tune and hopefully we get to hear a lot more from Lorenzo in the second half of the year.

The venerable Johnny Osbourne also contributes a big tune to the Way Back in the form of the moving anti-violence and anti-war observation, 'Why'. This is another very straight-forward offering, but in Osbourne's hands, naturally, it goes up a few levels (everything does). And we also get a pair of 'related' pieces from Di Ras and someone else Akom Records seems to really enjoy, Jahnett Tafari who deliver 'Heathen' and 'Heathen Rage', respectively. The former is nearly spectacular altogether, while Tafari, arguably, gives the Way Back its greatest vocal performance. Keep an eye and an ear on both of them going forward because both have big talents and make fine efforts here. Biggup Akom Records for also giving fans a clean version of the Way Back Riddim which is always a nice touch (and I just do not comprehend why everyone doesn't do that) especially, as is the case here, when the riddim is so strong. 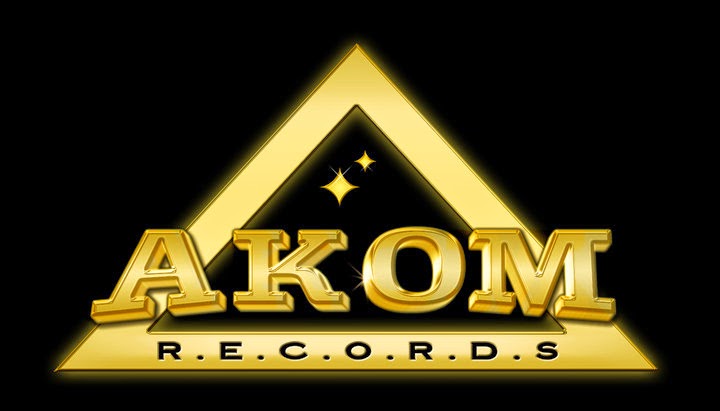 Overall, the Way Back Riddim lines up as something well fitting and appropriate from the catalogue of Akom Records. They've managed to do a project which I have a hard time seeing someone who is a fan of Reggae music NOT appreciating. Fans, new and old alike, are sure to find something here to like and, if you listen a little closer, probably LOVE. I'll make my constant critique that I would have loved to hear a female vocalist on the Way Back, but going by what it is, you easily have one of the best riddim albums of 2014 right here. Akom Records and Dub Akom made some type of a fan out of me four years ago and they haven't been able to shake me yet and I'm sure I'm not the only one as they continue to make powerful impacts in 2014 with the Way Back Riddim. Well done.