What I'm Listening To: July 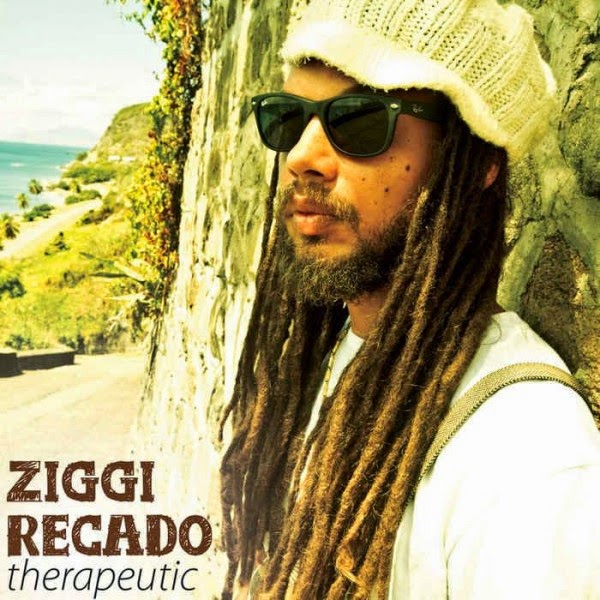 
By far the album most dominant of my attention these days is the latest from Ziggi Recado, the ever-evolving and constantly developing "Therapeutic" for Zion High Productions. We brought it back not too long ago in a Rewind and I never really put it down (I could probably now rewind the Rewind with new opinions and thoughts). I always (and likely always will) point the music of Ras Batch as an example of something which is 'ahead of its time' as each and every time you listen to his work, at its best, Batch gives you something to think about which will almost certainly mean something different to you with the passage of time and if you wanted to experience that same phenomenon in a single record - here you are! As its title suggests, "Therapeutic" is a process, it isn't a one-time occurrence. It takes time. And with tunes such as 'Masquerade', 'I'm Blaak', 'Jah Mercy' and a whole heap of others -- including 'Got It Right Here' ["I want to give you something…] [BOOM!], "Therapeutic" promises to be the type of release which thrills fans years and years after its release date. 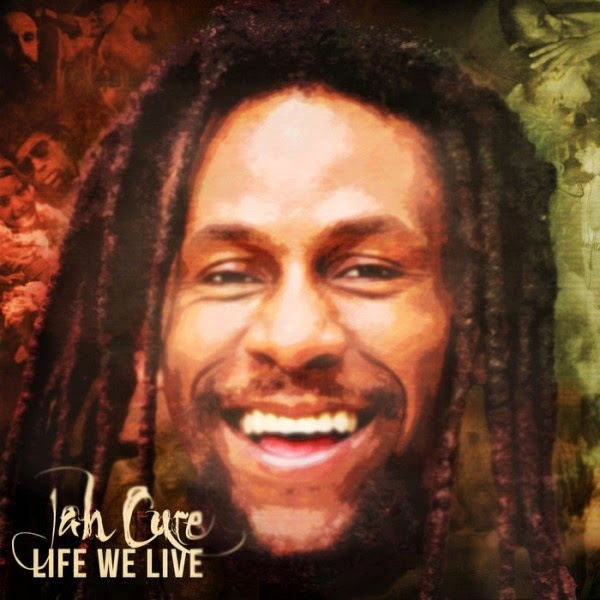 
Also on my radars these days is a big tune from the greatest voice in the entire world, Jah Cure, 'Life We Live'. I surely haven't paid as good of attention to the Cure's music over the past year or so but, of course, his music has a kind of inherent beauty to it each and every time (because of the way he sings) and if/when he is in a good form only comes as a 'bonus'. That bonus is firmly intact on the delightful 'Life We Live' which, in my opinion, is one of his better singles in quite a while.

Digital
Releases on July 8
[Thanks Susan!] 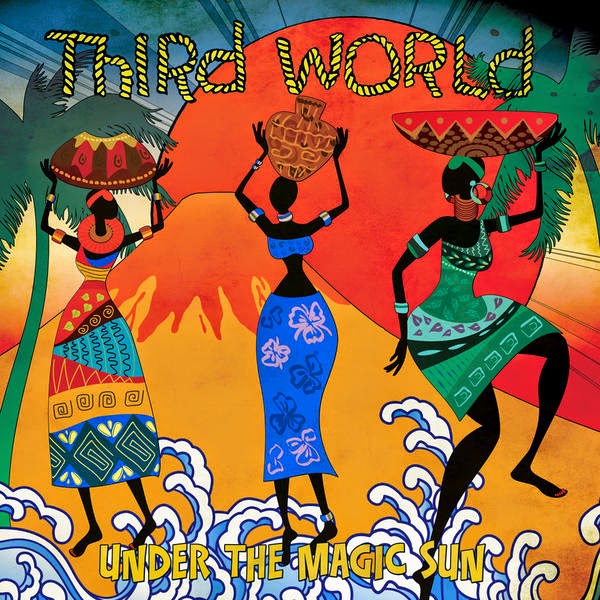 
In June, the venerable Third World returned with a brand new album, "Under The Magic Sun". The album was done as a tribute to the band's late and great lead singer, Bunny Rugs who made his transition earlier this year and features some of their classics and most well known pieces re-recorded in his honour (including 'Try Jah Love', '96 Degrees' and 'Now They We've Found Love') as well as a full 'Livication To Bunny Rugs'. The album also features remakes of songs from different genres of music as well as, of course, the signature BIG sound of Third World. 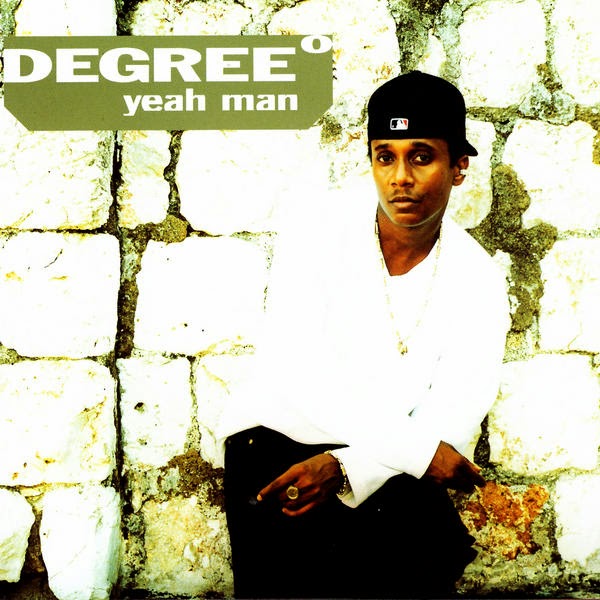 
Moments like this will annoy me to some painful degree but as they inevitably tend to do and as I've mentioned in the past (and as is the case here), they can also make for some great journeys back. "Yeah Man", a very overlooked album from [General] Degree via the once mighty Greensleeves Records has popped back up on my players because of its second track, 'Don't Break The Rules'. We recently made a mention of the Energy Up Riddim and I finally took a second to realize that I new that thing from somewhere and had this frustrating bit of nostalgia for a moment. It was a remake of the old Energy Riddim (produced by First Name Records who also handles the remake) and my favourite song on that track was Degree's 'Don't Break The Rules' which was carried on this album. It certainly wasn't alone as the album was one of those old monsters which GS used to deliver. Checking in at TWENTY-ONE songs and more than seventy minutes long, "Yeah Man" dazzled at times with tunes such as 'Don't Break The Rules', 'Better Jamaica', the title track over the Lightning Riddim, 'Do You See What I See' and definitely what is probably my favourite song on this album, 'Stamina'. I'd still call it the best full album Degree ever did and, for what it was, it was amongst the most FUN Dancehall albums of its era which wasn't exactly thin with them. Also Degree has a new EP forthcoming which we'll surely tell you about at some point. 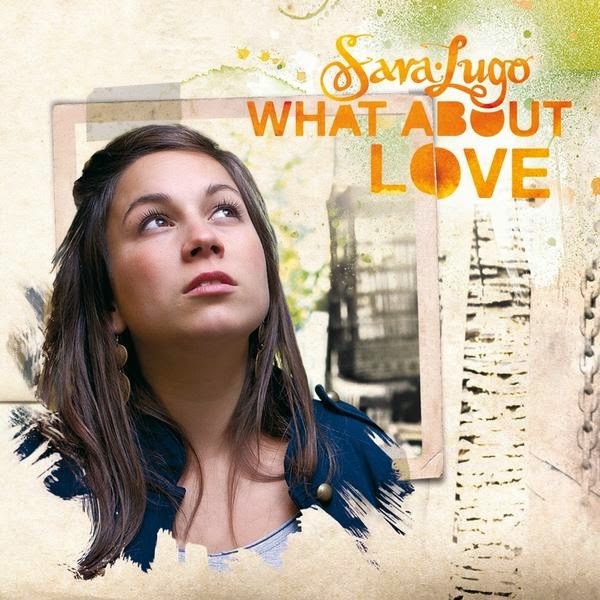 "What About Love" by Sara Lugo [Soulfire Artists/Oneness Records - 2011]

In times like these, when you find yourself in trouble -
Take it easy, take it slow, don't make it double
In times like these, when you find yourself alone -
don't matter where you are, you walk in trouble zone
You feel the sky is falling on your head
Don't worry cause He said He would be there
He will guide you, trust me
He'll brighten up the dark
Shine His glory on you
Help you out when times get hard
No matter hard big your troubles may be
WITH HIM BY YOUR SIDE, THEY'RE ALWAYS TINY
You need not worry, need not struggle, need not fret
Cause all He really wants is, for you, the best!

THERE'S NOTHING TO WORRY ABOUT!
CAUSE HE'LL BE THERE!
I HAVE NO DOUBTS!"


BOOM! I had a conversation with someone which actually led me back in the wonderful direction of the enormously gifted and flawlessly delightful Sara Lugo and her fantastic debut set from just a few years ago (this album does not seem like three years old. Maybe two at the most), "What About Love". In particular it was the song 'Nothing To Worry' and this song has absolutely been EXPLODING (like a bomb of love) [WHAT!] in my head over the course of the past couple of days. I don't know that I ever actually gave the song the musical credit that it deserved but it was a gem (and a credit from there goes to a Philipp Winter) and, for her part, Lugo made the most of it and pushed a tune which obviously I'm still finding new ways to love.