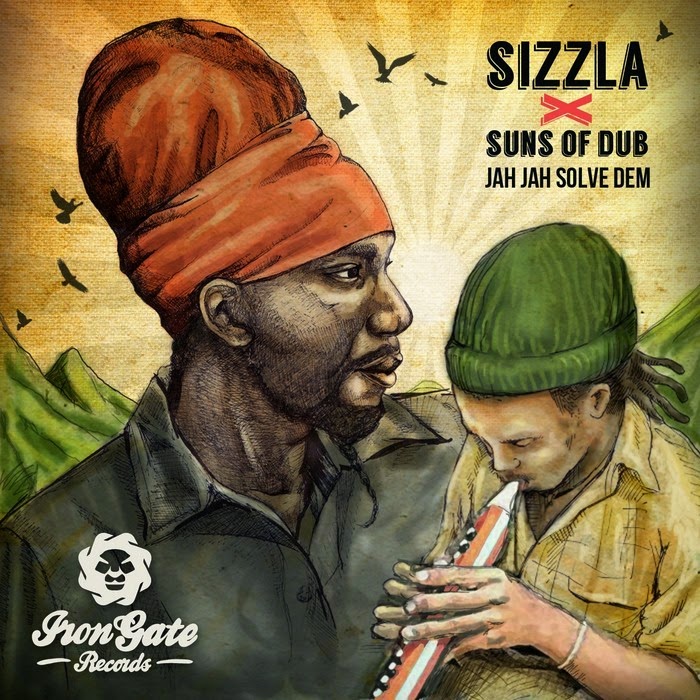 The incomparable Sizzla Kalonji is up first this week and with him he's bringing the fire breathing Addis Pablo & The Suns of Dub [big album, "In MyFather's House", in stores now] for what is, essentially, a remix EP of a tune called 'Jah Jah Solve Dem'. Along with the original piece, which sounds fantastic, the set  features six other mixes and dubs of the track. It isn't very far outside of what Muti Music has been doing with Sizzla's music throughout 2014 as well but, of course, we love to see the name 'Addis Pablo' attached to any new project these days and I think we get to hear from him again during this post, so stay tuned. 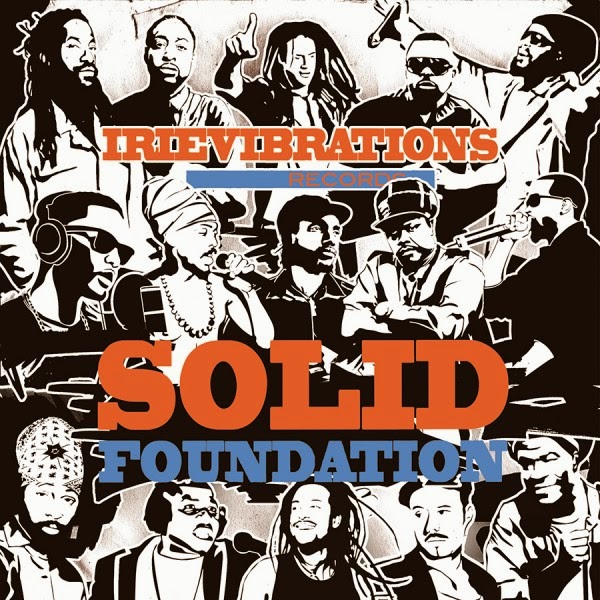 Big, BIG European label, IrieVibrations from out of Austria is celebrating [I THINK] a decade of music with the release of a giant compilation set, "Solid Foundation". IV is a label which, through projects from the likes of Perfect Giddimani, Konshens & Delus, Anthony B, Luciano, Jahcoustix and others is always keen on doing big releases and this should probably be regarded as one of their most ambitious to date as "Solid Foundation", if I read correctly (and I NEVER do), is also serving as the soundtrack of a documentary associated with the label as well by the name of "Studio Chronicles: Jamaica". Before you get there, however, the music on "Solid Foundation" is certainly not to be overlooked as it features the work of label favourites such as the aforementioned Luciano ["SCORCH!"], Konshens, Delus, Anthony B and you also get sizable offerings from the likes of Lutan Fyah, Exco Levi, Junior Kelly, Gappy Ranks, Kabaka Pyramid and more, including Lion D on the digital/bonus version. Not to be missed! 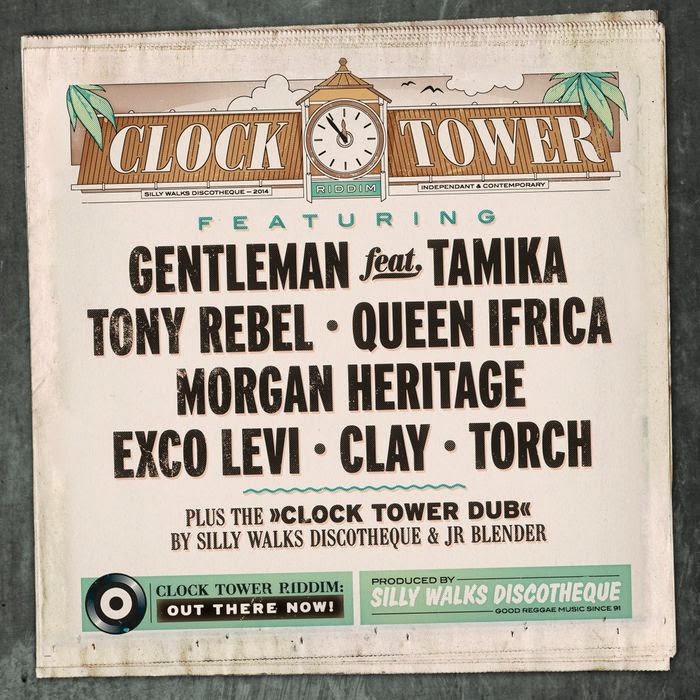 Another mandatory European stop for Reggae fans, Silly Walks, is also back at work for October with their latest creation, the expectedly gorgeous Clock Tower Riddim. Silly Walks is a name which, when you see it attached to anything (including "Hit Me With Music", the new album from German sensation Sara Lugo, in stores now) you expect high quality work and the Clock Tower is surely no exception to that. Anticipations can float higher in this instance given some of the vocal talents tapped to work the track including the likes of Queen Ifrica, Tony Rebel, Gentleman and his Wife, Tamika, Exco Levi, the Morgans and others. Fortunately SW has been kind enough to also feature a dubbed out version of the riddim as well which is always a nice touch. 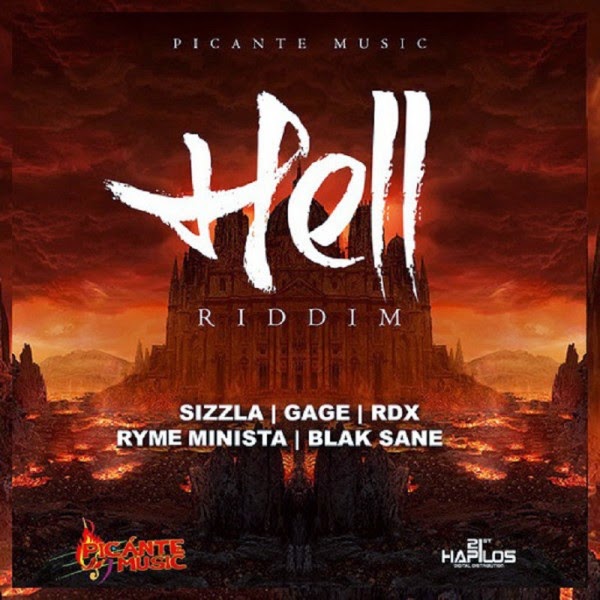 Years and years of disgusting living has finally caught up with you and I'm sorry to have to tell you this but you are going to hell! The bad news comes courtesy of Picante Music and their new Hell Riddim which, although it wasn't the kind of Tommy Lee-ish destructive composition that you would imagine, still is aptly named for its pounding urgent vibes. As far as the vocalists, the biggest name here is Sizzla Kalonji who, EASILY, scores the heaviest blow with his very strong 'Up Wid The Torch', the only song on the Hell Riddim that I really enjoy. Kalonji is joined by a flock of guns locked on various sights but to my opinion the only one REALLY hitting the target is the Ryme Minista with the solid 'Armed & Dangerous'. 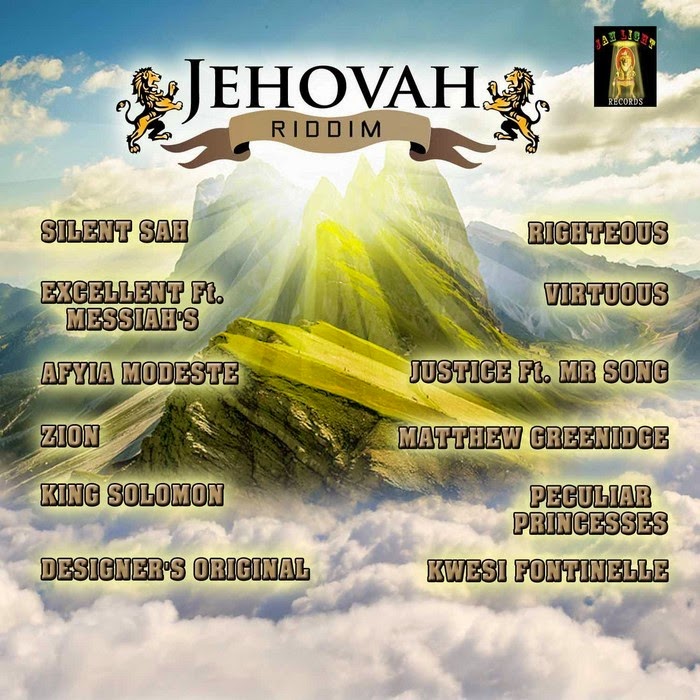 Okay so maybe you can have another chance. IF you can, be thankful to our friends at JahLight Records who are sending up some heavy praises with their latest creation, the Jehovah Riddim, which is brought to you by this posts favourite label, Fox Fuse. JahLight has quietly been turning in a very strong and active year 2014 and I firmly expect to hear from them again sometime during the year's final two months. As is their typical trend, the Jehovah Riddim combines Reggae music with messages coming from out of the Gospel spectrum and the Trinidad label has brought with them a fine mixture of known names and up and comers. Fans of the label should well be familiar with names such as Righteous, Kwesi Fontinelle, King Solomon and definitely Matthew Greenidge (biggup Matthew Greenidge) but it is also time to become acquainted with the likes of Excellent who is back with a song, 'You're The Reason', which sounds… well, it sounds Excellent. There's also potentially big offerings from Designer's Original (great name!), Afyia Modeste (another one!), the Peculiar Princesses and Silent Sah whose 'Give My Life To You' should probably be one of the strongest tunes on this riddim. Biggup JahLight for pushing yet another solid set which you should definitely pick up when it reaches... or you can try that other thing we talked about... 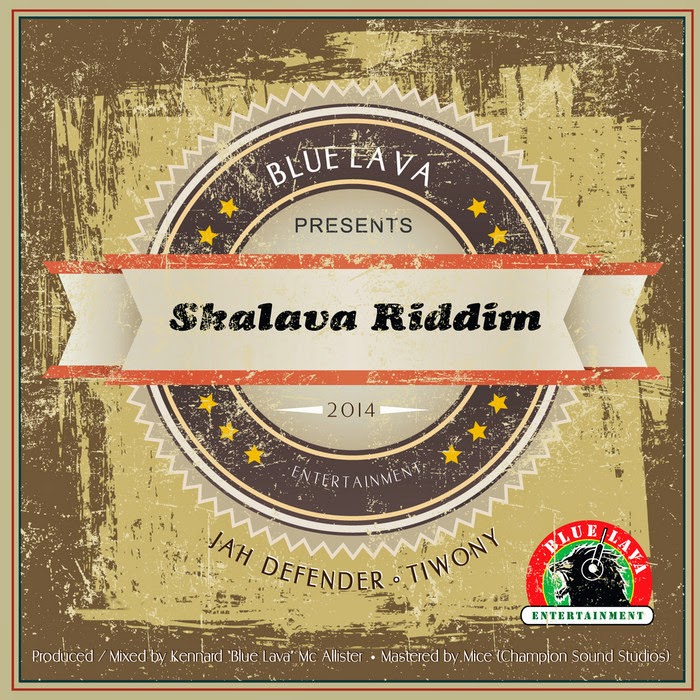 And lastly coming soon this week is another Fox Fuse distributed piece (and we should have one more before the end of this post), this one coming via Blue Lava Entertainment - also from out of Trinidad, the damn infectious Skalava Riddim. Though it only carries a pair of songs, the Skalava does a very interesting amount of damage. Featured are Trini chanter Jah Defender and Achis Reggae favourite and Gwada firebrand Tiwony. Incidentally, both vocalists have albums on 7 Seals Records with the former's "Rastaman Man Rise" arriving just last year and the latter's "Roots Rebel" set to reach in November. 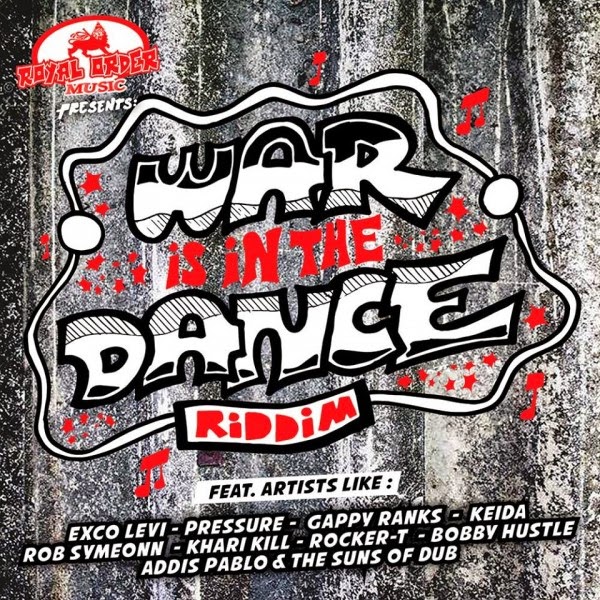 The War Is In The Dance Riddim [Royal Order Music]
War Is In The Dance and the fine people at Royal Order Music doesn't have a problem with it - Neither will you after you get an ear on their latest release, the War Is In The Dance Riddim. This HEAVY composition is surely best known for having backed 'Carpenter' [" carpenter beg you build a box"], the MASSIVE best tune from "Shining Hope" from Gappy Ranks last year. Fortunately, that song is included and even more fortunately it isn't alone. Joining the UK standout is an impressive cache of names such as Pressure Busspipe, Exco Levi, Khari Kill, the flaming Rob Symeonn [one of the year's best albums, "Indigenous", in stores now], Keida (whose 'Stand For Something' is sublime), Rocker T and Bobby Hustle who we haven't heard from in a minute. Also featured are Addis Pablo & The Suns of Dub who have their way with the riddim in four delicious different ways. An excellent project! 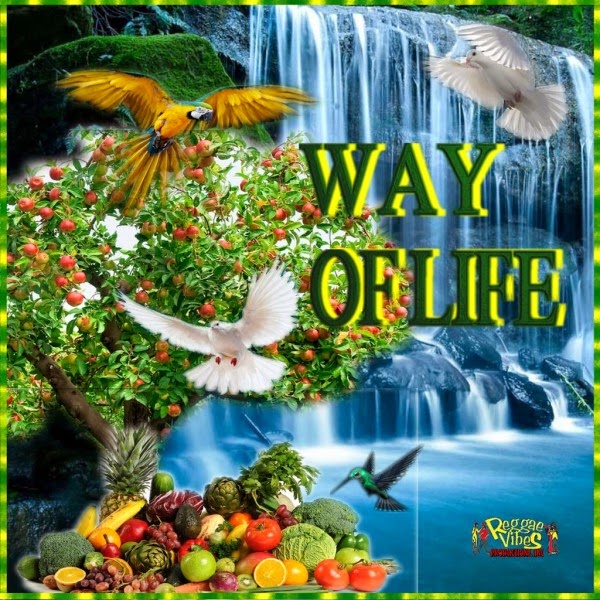 They may not have delivered on what I REALLY wanted for 2014 which would have been a new album from Prince Theo but Reggae Vibes Productions is back with something which also well has my attention, the Way of Life Riddim. While we wait for the album (2015???) we'll have to settle for a new tune from the Prince and he does have 'Dem Nuh Know' for the Way of Life Riddim. He's joined by Perfect Giddimani, Nando Fresh, Menny More, RAS ATTITUDE (in a singing mood with the big 'So Incredible') and others still. Always enjoy hearing from RVP and LOVE the cover here. 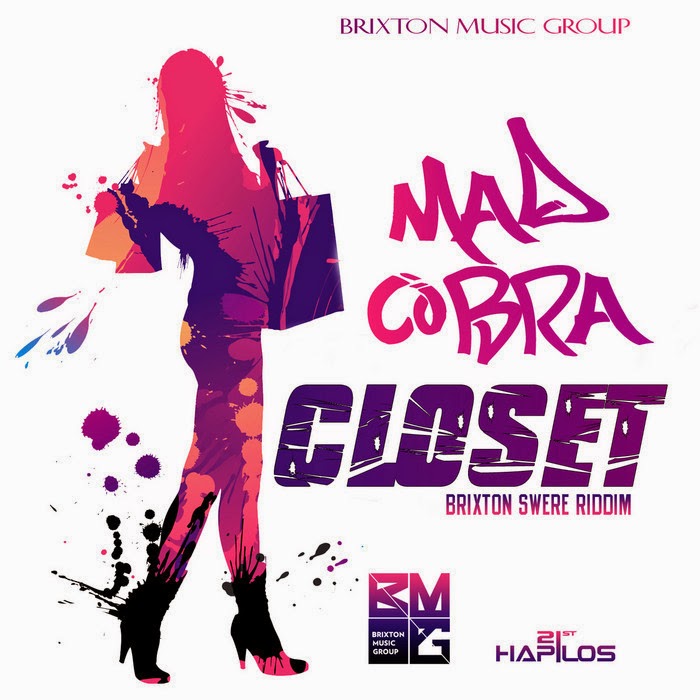 Though not violent, 'Closet' is more brilliance from Mad Cobra who is having as good of a year as anyone in the Dancehall to my opinion. A sharp, SHARP pen and a downright legendary delivery and level of brutality has highlighted the season for the snake and here's another example of the first. 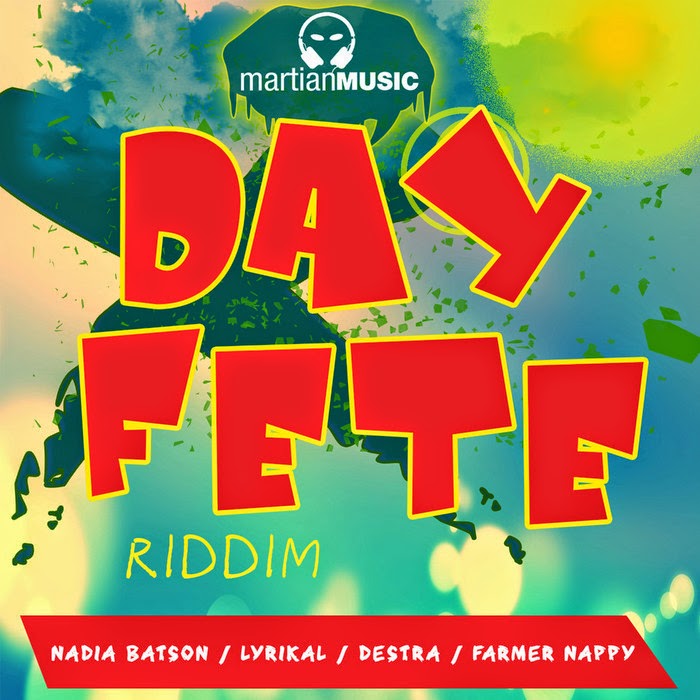 The Day Fete Riddim [Fox Fuse]
And just because I want to send you out feeling so good, check out the Day Fete Riddim from Martian Music, brought to you via Fox Fuse. Destra, Lyrikal, Farmer Nappy and Nadia Batson all turn in terrific songs with the Farmer’s 'Doh Remember' reigning supreme to my opinion. So, if you NEED some Soca in your life (and you do), check out one of the better riddim EP's from the genre in the Day Fete. BOOM!