What I'm Listening To: October! 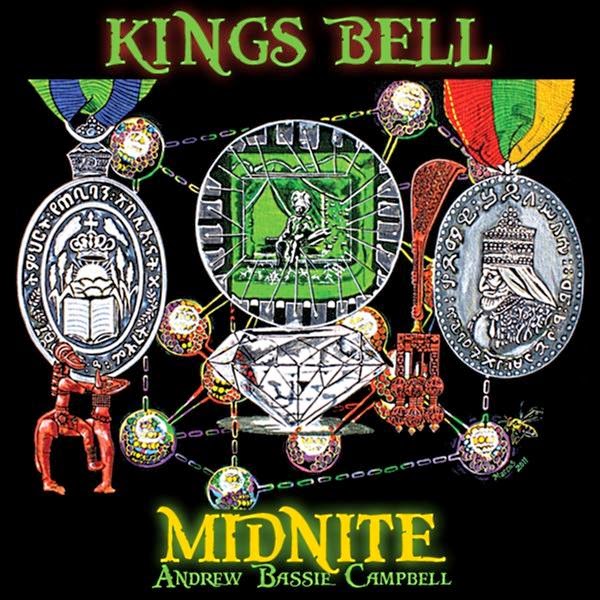 "Kings Bell" by Midnite [I Grade Records - 2011]
So just keep good relations! BOOM! Biggup long-time reader, Cassaruby, for placing this one back on my radars as I've definitely been going through Midnite's likely future classic, "Kings Bell", greatly these days. Of course, pinnacling the journey back has been the signature song from that album, all the joy that was 'Mongst I & I', but it was an album FULL of fantastic moments. 'Mongst I & I' was the signature and most recognizable set there, but still to my opinion, 'Black Mamba' reigns supreme as the album's finest track and it continued on and on. There was 'Peak Tension Time' ["A supernova in a stardust time"], which was SO much better than I think anyone gave it credit for being, 'The Quickening' ["To what dem ideology ah fling from, you see it failing. The return to Ithiopia of The King as the scripture fulfill"] which I can't escape, 'System Peak Out', 'Bittersweet', 'Pon A Watch list' [BOOM!] and so many others. The Andrew 'Bassie' Campbell produced and I Grade Records released set is amongst Midnite's very best pieces to date and, as I alluded to, I'm getting damn close to declaring this one a full modern classic, so stay tune. Thanks Cassa. 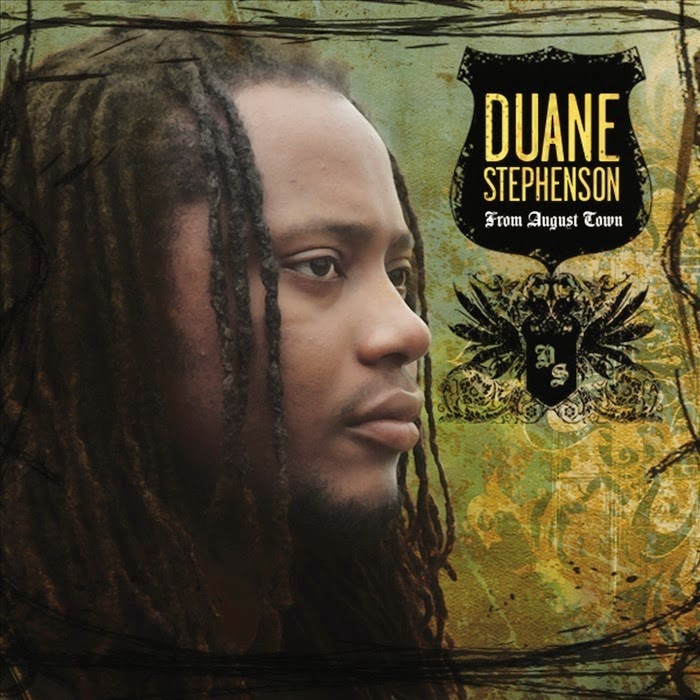 
Wonderfully, Duane Stephenson recently released a brand new album ["Dangerously Roots", in stores now] and, as it usually does, it's given me the impetus to go back through his catalogue. My favourite album from Stephenson, "Black Gold", has perpetually been through my players lately, but so has his first and most popular piece, "From August Town". This album featured big tunes which helped the singer build so much of the early push that he received as a solo name. Songs like 'Ghetto Pain', 'Misty Morning', of course his remake of 'Cottage In Negril', the title track (basically), 'Dreamweaver' and more. Biggup another reader of ours, Steven, who recently and very cleverly (which is just what that man does) made the point that because of Duane Stephenson's BIG vocals, he may someday find a future working in films, especially Disney films, as his tones seem PERFECT for the kind of giant ballads you hear so many times there. It is always apparent, but was especially so throughout "From August Town". 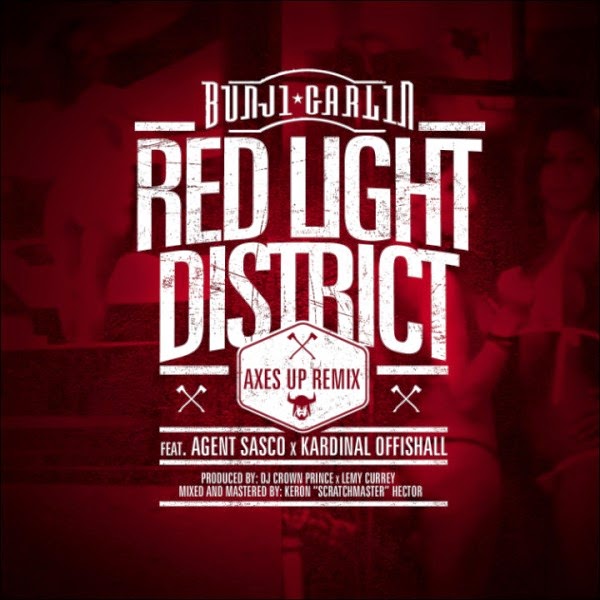 
Check the COOL Axes Up remix of Bunji Garlin's exceedingly popular 'Red Light District'. This piece, produced by DJ Crown Prince and Lemy Currey features the vocal lights of Achis Reggae favourite, Agent Sasco and Canadian veteran Kardinal Offishal. It's just an excellent remix and… yeah, my Wife LOVES this tune. She plays it constantly and I'm hearing it by chance sometimes and I'm not complaining at all. Well done! 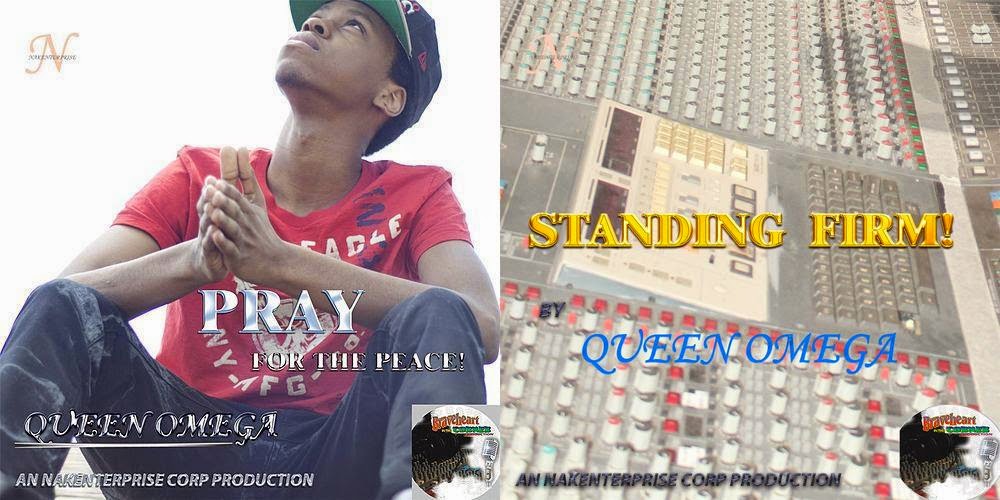 
Another of our favourites and, still in my opinion, Reggae music's most talented female vocalist, Queen Omega, brought a couple of singles for Nakenteprise (who has been very active this year) over the past two or three months and I'm well enjoying them both these days, 'Pray For The Peace' and 'Standing Firm'. I can't pick a favourite between the two, both are really big tunes and well demonstrate the versatility of the Queen as she can simultaneously soothe and bring the fire as she does throughout both tunes. It is getting exhausting and probably more than a little ridiculous for me to continue asking for a new album from this woman, but you'll just have to get over it because when she can just casually release songs of this quality, imagine what she could do these days focused for a full set. It has to happen and soon! 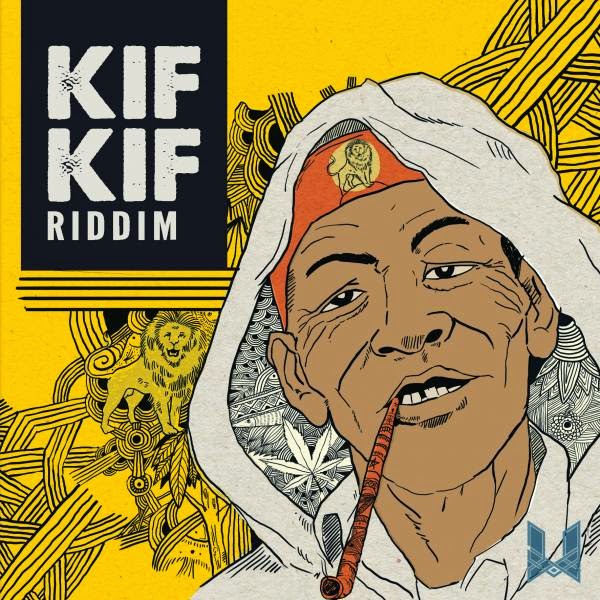 
And biggup Saj Moor and his West Coast Studios imprint from out of Morocco for their latest release, the Kif Kif Riddim. WCS is interesting and every time you hear from them they're pushing compelling works and this time, which may be their first riddim compilation (to date I always recall them focusing on singles), is no different. The old-school-ish and very familiar Kif Kif Riddim is outstanding and Moor and co. have turned it over to some truly talented vocalists. Like who???! Check Perfect Giddimani espousing on one of his most dear subjects on 'Just An Ounce Ounce', Belizean dynamo Ras Indio with 'Plant Di Corn', and the woefully under-recorded and underrated Arkaingelle with 'Rastaman Ah Chant'. Luv Fyah, Binghi Ghost and Fikir Amlak (especially Amlak with the infectious 'Hi Grade'). Unsurprisingly, however, to my opinion it is WCS staple, Ras Attitude, who gives the Kif Kif its biggest highlight with 'Green Gold Rush'.

"NOW ALL A DI HERBALIST DEM WAAN COME TRY PENALIZE
CAUSE WI AND DEM COKE HEAD FRIEND NAH SOCIALIZE
SOONER THAN LATER THEY MUST REALIZE:
THE ONLY CHOICE - IS TO LEGALIZE!"

Digital
Posted by Achis at 4:44 PM