Okay so, there were more than a few riddim album releases I had neglected to mention at the end of last year and a few have jumped up early in 2011, so I thought that I’d use the first edition of ’Check It’ for this year to wrap it all up nicely for your convenience. So enjoy . . . Or don’t. 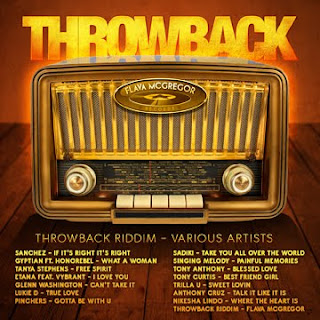 The Throwback Riddim [No Doubt Records]

First up is the ‘latest’ release my personal favourite producer going today, Kemar ‘Flava’ McGregor, the Throwback Riddim. Interesting. Okay here’s the thing about this one: First of all, like most (just about ALL) of Flava’s work, this thing is excellent. I mean it’s really a gorgeous Lover’s Rock riddim in every way and spinning through the tunes on it, I’m very impressed - In terms of complete riddim albums, I think it’s probably one of his best - And that’s definitely saying quite a lot, given his catalog. Also, Flava taps a most interesting roster of vocalists to deal with the composition such as Tanya Stephens, Etana (alongside Vybrant), Glenn Washington, Pinchers, Nikesha Lindo (whose tune, ‘Where The Heart Is’, is very strong) and even Sanchez and all the members of LUST (I THINK). And I’ll probably expound on that someday (in the not too distant future) by slapping a review on it. BUT! You’ll probably be familiar with this one already because it propped up a tune on Gyptian’s debut album, ”My Name Is Gyptian”, back in 2006 by the name of ‘Take My Money’ (which is also here, now renamed ‘What A Woman’ with DJ Honorebel on board). SO! What that means is that, while this one is surely scalding hot, we’re still waiting on Flava to serve up the next new piece, following last year’s massive Classic Riddim, to once again completely devastate the landscape of Roots Reggae music as only he can.
Available exclusively at FlavaMcGregor.com 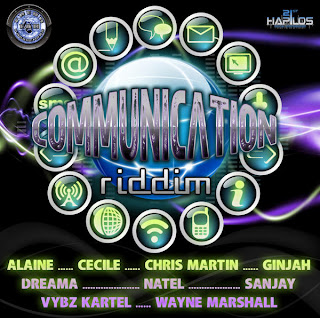 Next we have the latest creation from Arif Cooper and the fine people at Fresh Ear Productions, the Communication Riddim. This release very closely follows the digital release of the Relationships Riddim from 2009 (thankfully they’re getting it out much sooner this time) and just like the Relationships (and probably Fresh Ear’s best known creation, the Guardian Angel), the Communication Riddim is lovely. Fresh Ear (and Achis Reggae) favourite Alaine returns with the big tune ‘Kiss’ and she’s joined by another favourite, Ce’Cile (another big tune in ‘Love You‘), Chris Martin (who has been VERY impressive over the past few months or so and also had a nice hit over the Guardian Angel) Ginjah, Kartel and a surprising Wayne Marshall.
Digital 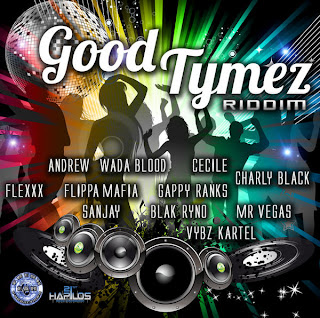 So, after offering up the Lover’s Rock piece I just mentioned, Fresh Ear Productions also makes a bid to keep its name in the Dancehall spotlight, with another creation, the fun Good Tymez Riddim. I do actually like this riddim, but I’m not too fond of most of the songs on it. However, standouts do include ‘A My Man’ by Ce’Cile, Kartel’s ’Have A Good Tyme’ and ’Beauty Queen’ by Gappy Ranks (Vegas’ tune is decent also).
Digital 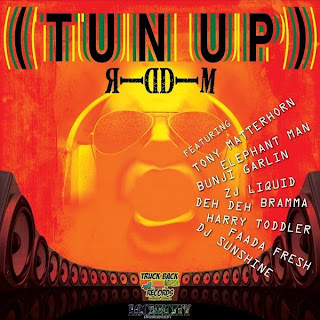 The Tun Up Riddim [Truckback Records]

The Tun Up Riddim is the latest release from the fine people at Truckback Records (hey Heather!). The core riddim of this one, I REALLY REALLY like. It’s a genuine and HARD Dancehall riddim and, I’ve spoken countless times about just how much I appreciate such things and how fucking unfortunate it is that such a thing is pretty rare these days, so when we have a one, I’m going to celebrate it. I thought I had really missed this one, but it’s pretty fresh released now on the digital side - But it comes through sans (a truly massive tune from) Bunji Garlin and Elephant Man. Still, some of the artists who do appear on the final version, namely Bramma, do still impress well.
Digital 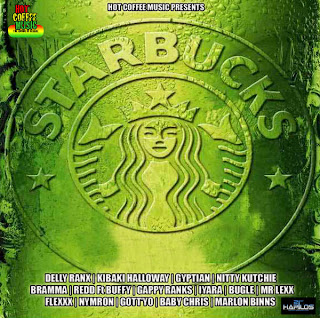 Speaking of Di Bomba - Bramma also serves up a nice steamy hot cup of a tune on the Starbucks Riddim, the latest creation of Hot Coffee Music, which I’m pretty sure is Gappy Ranks’ label (and he has two tunes on it). I’m not much of a coffee drinker myself, but I think I’d expect such a named piece to be a bit more laid back than this pretty decent (actual) Dancehall set, but it’s pretty good nevertheless. Also brewing up on the riddim are Flexxx, Nitty Kutchie, Bugle, Delly Ranx and others.
Digital 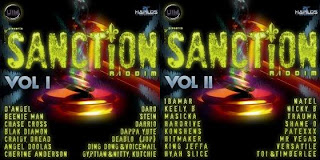 I wasn’t particularly fond of the Sanction Riddim from new Jamaican label UIM Records, but I was probably one of the only ones. The very strange and unique riddim, which I think may’ve been the very first from the label (and almost certainly the first on this level), did a major bit of damage and continues to. You would hope that to be the case with more than 30 different tracks on the riddim which is spread across two volumes of digital releases. Beenie Man, Vegas, D’Angel, Timberlee, Cherine Anderson (who has the best tune on the riddim in my opinion), Timberlee, Shane-O, Konshens, Einstein and even Angel Doolas are just some of the names to take this huge piece out for a ride.
Digital 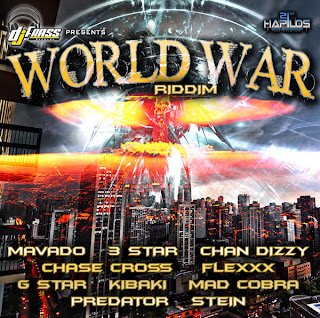 Definitely the best named entry on this post is the latest riddim from DJ Frass, the very FRANTIC and damn near EVIL World War Riddim. I think that had I been able to name this one, I may’ve even called the World War because it definitely reminds you of the circa 2007-2008 BIG and violent sounding riddims which seemed to almost inherently inspire equally threatening tunes and the same is the case here. Although typical Dancehall bad boys such Aidonia, Bounty Killer and Kartel (although definitely less of Kartel these days) are nowhere to be found, we do have Mavado, the world’s angriest man: Einstein, 3 Star, Flexxx, someone found Predator again and Mad Cobra whose tune, ‘Black Rain’, causes the others to wave the white flag as the top of the riddim.
Digital 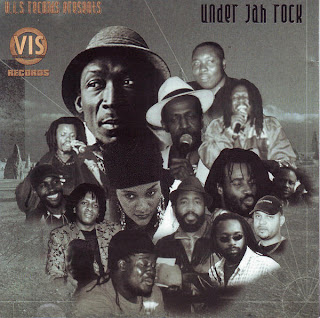 I thought that I’d quickly mention the Under Jah Rock Riddim from Gowdie Ranks and VIS Records because despite being ~ a decade old at this point, it recently popped up as a digital release and this classically vibed piece will definitely be a favourite amongst old school heads who never got a taste of it. The late and great Alton Ellis and Gregory Isaacs highlight an artist list which also includes veterans Luciano, Mikey General, Courtney Melody, Spanner Banner and even Lorna Asher.
CD + Digital 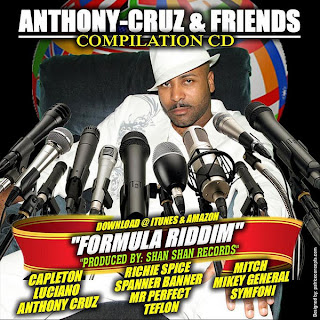 I’d sooner be confused a Hip-Hop or Death Metal Rock fan than one of singer Anthony Cruz, but I do so much enjoy giving credit where it is due and despite the fact that he isn’t a personal favourite of mine, just listening through the latest release from Cruz’ label, Shan Shan Records, ”Anthony Cruz & Friends Compilation”, I’m impressed. You may very well be an Anthony Cruz fan (in which case, you already have this one), but if you’re not, then maybe names like Capleton, Luciano, Mikey General, Richie Spice, Spanner Banner or Perfect will get your attention as they all have offerings on this release which is underpinned by the Formula Riddim.
Digital {Maybe CD} 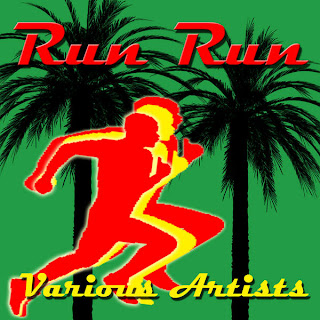 The Bros. McLeod of BIG UK based imprint, Stingray Records, push up with their latest creation, the Run Run Riddim. I’m entirely too lazy to confirm in either case, but this may just be a relick of the old Studio One Riddim of the same name (there’s a remake of the title track of that riddim on this one). In any respect, this one is another nice release from one of the most underrated labels around. Stingray’s version of the Run Run features Luciano, Mikey General (seeing a lot of them today) (nice), George Nooks, Achis Reggae favourite Tenna Star, Dean Fraser and Stevie Face whose tune, ‘Can’t Go Round It’, is reportedly doing quite well in the UK currently.

Digital
{Upon further (actual) research, I’m pretty sure this is a stripped down remake of the Studio One Riddim of the same name} 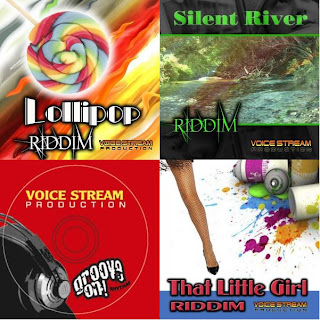 And finally is a four pack of riddims from the vaults of Voice Stream Production, courtesy of the wonderful boys and girls at Zojak Worldwide. We have the Lollipop Riddim (yes that Lollipop Riddim), the somewhat BRIGHT Silent River Riddim (which isn’t the one that you’re thinking of from a couple of years ago or so), the melancholy That Little Girl Riddim and the Groove On Riddim which is my favourite of the lot and probably the most well known also (the ‘history’ of the Lollipop notwithstanding, of course. These are riddims from not too long ago and each one of them definitely have some appeal with names such as (guess who?) Mikey General, Sizzla, Anthony B, Lutan Fyah, Queen Ifrica, Jah Mason, Turbulence, Everton Blender, George Nooks, Perfect, Tony Rebel, Warrior King, Natural Black, Ras Shiloh, Macka Diamond & Lady G and others (like Norris Man) having tunes up for your choosey digital consumption. Have fun!