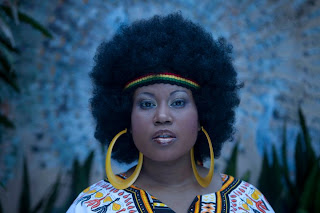 I, humbly, do consider myself a pretty good judge of talent. While I have certainly seen big talents in artists who would subsequently prove that they didn’t have very much, I’ve also been relatively early to jump on quite a few young who have either gone onto show themselves to be stars or are still, presumably, along that decorated course. Still, I’m actually quite happy that (currently) I’m not the one making the music, and thus no one’s future is in my hands, so I do tend to defer, in many cases, to those who do take that responsibility amongst themselves and, of course, that means looking at labels and producers. In this case, we’re going to the UK and looking at Curtis Lynch Jr. and company at Necessary Mayhem, simply one of my favourite labels, who (rightfully so in my opinion) have taken a grand interest in Kingston born (CUTIE) Chantelle Ernandez, who is currently blazing with her DOMINANT lover‘s tune, ‘My Forever’.

The link is a very interesting one when you consider the fact that, at least ostensibly, Chantelle Ernandez is another of a long line of Jamaican singers who most people would hear and almost immediately think of as a potential R&B type of singer and reading through multiple bios for the singer, it’s obviously something which she embraces . . . Necessary Mayhem doesn’t do R&B. They don’t do ‘crossover’ and they don’t do ‘mainstream’. Unless things have drastically changed (and they haven't), the label is most surely going to be presenting Ernandez with old school Lover’s Rock, Dancehall and Roots pieces for the majority of the time that she’s with them, but apparently that’s no problem for her.

Chantelle Ernandez is a young veteran of sorts as she’s paid her dues as both a backing singer and a front woman as well. Not too long ago she appeared in (undoubtedly one of the several incantations of) Sly & Robbie’s group, UnitZz. That assemblage did big things, particularly in Japan, and it helped to get Chantelle’s name in circulation. And recently she also appeared on compilations such as Sly & Robbie’s Grammy nominated ”One Pop Reggae” (as part of UnitZz), ”The Best Supporting Acts” also from Sly & Robbie and one of my favourite pieces from last year, Necessary Mayhem’s ”Digital Acoustics”, where she featured on ‘Sort Me Out’, a kind of a mash up which featured her alongside Dancehall royalty, Shabba Ranking and the late UK Reggae legend Deborahe Glasgow.

However, despite also appearing on Necessary Mayhem’s recently released relick of the Shaolin Temple Riddim, where she sang ‘We Are Strong’ alongside the always impressive Blackout JA. The gold bar of Ernandez’ solo releases to date has been the ”My Forever - EP”, which also comes via the big UK label, digitally through the magic wizards who cast spells at Zojak Worldwide and is currently available. 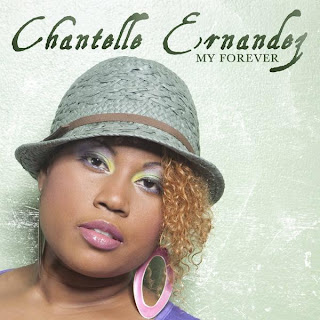 This release features (of course) the title track surrounded with the aforementioned ‘Sort Me Out’, ‘Good Man’, ‘Poison’ and ‘Hotta Fyah’ and is a wonderful way to introduce her to bigger audiences and potential audiences.

So keep an eye out for Chantelle Ernandez (she’s gorgeous, shouldn’t be too hard to do that) and her future work from Necessary Mayhem. I’ll be very interested to see how exactly the label guides her. The state of and sound of UK Reggae is largely changing from the seemingly never-faltering UK Lover’s Rock into . . . Stuff that sounds like Gappy Ranks and Mr. Williamz and I’m not complaining about that. HOWEVER, in my mind I would think that maybe Ernandez would be set up as a bit of a new age Lover’s Rock singer which would definitely make a great usage of her R&B ’stylings’. Whichever the route ultimately taken by Lynch and Ernandez, however, not only am I convinced by what he hears in her, but my ears are saying the same thing - HUGE FUTURE. 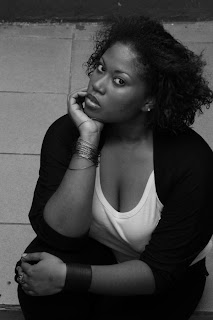