Okay so, last August I did the first part of a list, curiously titled ‘Nearly Perfect’ which listed ten albums which I felt were near misses to my ‘Modern Classic’ category of albums which were released after the year 2000 had completed and had seen two calendar years from their release dates - Albums which are, in my opinion, simply outstanding and could stand up to the best of any other era. In doing that list, so as to not make it ridiculously long, I found that not only did I cut out a few favourites, but I was also somewhat frustrated because at the time, the year 2009 was not an option for me. Well, it’s 2011 now, if you haven’t noticed which opens up 2009. Thus, I submit for your approval another ‘batch’ of albums which are either just a foot on the outside looking in to the biggest of a generation or are merely taking their time to exist amongst them. Nearly Perfect Vol. 2 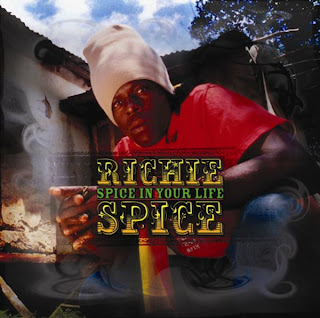 The exception. Okay in just a little less than two months’ time from now, Reggae star Richie Spice will be releasing what is, by my (almost certainly incorrect) count, his seventh studio album to date, ”Book of Job” and I won’t be the surprised AT ALL if I don’t particularly enjoy it. I didn’t like the two albums before it which were both given the VP Records treatment and, listening back I didn’t like most of his earlier work either. HOWEVER, what is about to become his middle release ”Spice In Your Life” is the one which I hold in a bit higher esteem than having merely ‘liked’ it. It was a pretty special album and I think it’s rare that I’ll almost surely agree with ‘history’ in this instance, because I think it’ll be remembered as such also. Why? This was the album which held tunes such as ‘Black Like Tar’, ‘Righteous Youths’, of course ‘Earth A Run Red’, ‘Marijuana’ and ‘Blood Again’ - Tunes which literally pushed Richie Spice into the second phase of his career - As one of the most DOMINANT Roots Reggae hitmakers on the planet. And there was also a nice balance with tunes such as ‘Crying Out For Love’, ‘9-1-1’ and ‘Fake Smile’ with then 5th Element label mate, Chuck Fenda, which may not have been as big as the previously mentioned songs but gave this album a more than solid foundation. Take it and trim it down a bit and I probably already would’ve written it up as a modern classic. 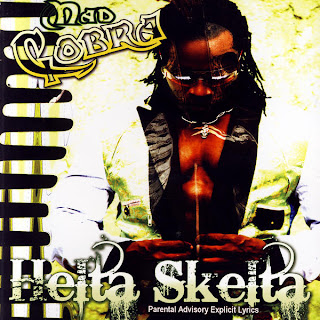 Evil. Considering the fact that less than a complete minute into Mad Cobra’s MUCH anticipated 2009 set, ”Helta Skelta”, he had already committed a murder of a person who was apparently involved in the digging of his own grave, you pretty much knew what direction this was going in (and it probably didn’t even take that). For me, while Cobra definitely goes places I wouldn’t have and I don’t think are very necessary at all, this was my guiltiest of guilty pleasures in a really long time as the Cobra took aim and didn’t miss on a whole heap of ridiculous targets. No one was safe. Not his peers, real or imaginative, not himself and not even the devil - Everyone took a beaten on the album and it was BRILLIANT! Not enough time has honestly passed on this one to have much of a different take these days (I’ve pretty much been listening to it for almost two years straight at this point, but I think that, in retrospect, were it just a touch shorter, it would have leapt (smiling) into history as a classic - But it still probably is headed there anyway. 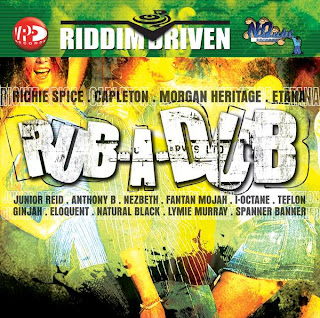 Name value. Whenever I think about the Rub A Dub Riddim, instead of thinking about the fact that it was most likely one of the greatest PURE (whatever that means) Roots Reggae riddims . . . Pretty much EVER, I usually think back to the rather convenient coincidence that all the stars lined up which literally FORCED VP Records to pick it up from its creator, Kemar ‘Flava’ McGregor. Etana, Richie Spice, Morgan Heritage and Fantan Mojah were all VP/Greensleeves artists and were all going to have albums coming in 2008 (incidentally the Morgans’ album, ”Mission In Progress”, would release just a week following the riddim album’s) and they all just happened to have HITS on the Rub A Dub. Furthermore, Capleton (another VP artist) also had a big tune as did a slew of mainstays and up and comers such as Junior Reid, Natural Black, Anthony B, I-Octane, Teflon, the late Eloquent and Ginjah with the would be MASSIVE ‘Never Lost My Way’. They had absolutely NO CHOICE but to push this one out in its ”Riddim Driven” series and while I don’t consider it to be Flava’s greatest creation still (the Triumphant was, of course), as an album it didn’t get much better than this - The Greatest Edition of Riddim Driven of All Time. 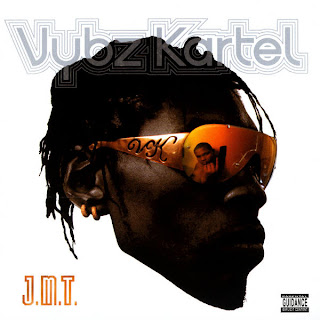 Great by comparison? I wonder if it’s more of a fact that I’m going through Vybz Kartel-withdrawal these days because the version of the artist who I thought (and still do) to be simply one of the most brilliant of all time has seemingly left the premises . . . Of the world . . . Forever - But listening back these days to the material to be found on his third (fourth technically but ”Up 2 Di Time” was released twice) studio album, ”J.M.T.”, and I’m tempted to call it LYRICALLY one of the best albums in modern Dancehall history. And, of course, “modern Dancehall history” isn’t very long at all, so I’d probably call it LYRICALLY one of the best ever. Despite the fact that it didn’t have a ton of social significance (although quite a bit more than Kartel’s earlier work which was the quintessential ‘3 g’s of Dancehall’ (Girls, Guns, Ganja), ”J.M.T.” contained flashes of lyrical devastation on tunes such as ‘So Me A Say’, ‘Bad Man Party 2’, ‘Light Night’, ‘Dutty Landlord’, ‘Gun Session’, ‘Realest Thing’, ‘Little Miss’ and ‘Rough Sex’ (and probably a few others as well). And, while it wasn’t COMPLETELY stellar - I wouldn’t be surprised if I eventually wrote it up in 2011 - Confident that somewhere, in some reversed universe, this version of Kartel still exists and is destroying his strange audience of whom, I am jealous. 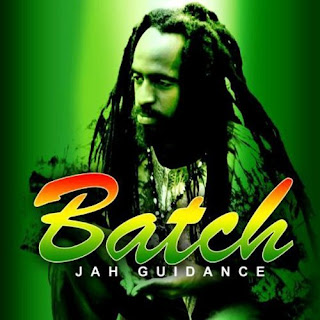 Ahead of the curve. You know, when I decided it was time to roll out a sequel to the first list, I knew I should have something from an artist who is definitely one of my favourites and growing more and more each day, VI Reggae wizard, Batch. So, ‘naturally’, I tried to come up with what was, at least in my opinion, his finest album to date . . . Wasn’t too successful with that and, honestly, I pretty much settled on ”Jah Guidance” because it’s become a personal favourite and constant player for me over the past couple of years or so after previously been utterly confused by it for the better part of two or three years or so. Here’s the thing: I’m slowly coming around to the train of thought that just about ALL of Batch’s music, as a vocalist, is kind of ahead of its time, I could very well put just about any of his six albums here and make a strong case for them. In this specific case, however, Jah Guidance is just about as complete of a modern Roots album as there is. Although it may lack in spectacular moments and it does have a bit of a soft spot in ‘For Love’, such things are LAPPED by vibes which are to be found on personal classics of mine such as the title track, the herb inspired ‘Healing’, ‘Sons & Daughters’, ‘Zion Kingdom Come’ and the DEVASTATING ‘High Chant’. So while no one (else) may sing its praises these days, nearly six years after its release - I LOVE ”Jah Guidance” more and more every time I hear it and I wouldn’t be surprised if I convince myself to slap a modern classic review on it before my days are done - And maybe in about ten years everyone (else) will start to agree with me. 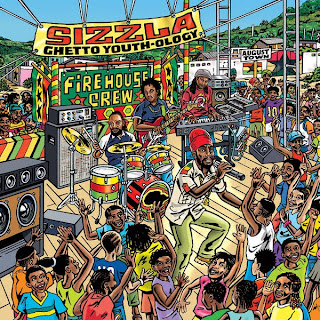 Where it belongs. And finally we have a piece which is the very essence of what this list is (or should be), because I don’t see myself ever holding it in any greater esteem than I do now, as a whole. ”Ghetto Youth-Ology” was an album built on the allure, at least to hardcore heads, of linking Sizzla Kalonji with the same Firehouse Crew with whom he spent a great deal of his career in the Xterminator days - So, at least in theory we should have been able to expect at least flashes of old school (absolutely brilliant in every way) Sizzla - And that’s exactly what we got. The album had no more brilliant moment than on ‘Ghetto Utes Dem Ah Suffer’ which, in retrospect, is probably one of the best written songs of his entire career (which is saying something to an almost infinite degree because he’s the greatest lyricist of all time). And I think that’s a general feeling towards this project: While it may have lacked the CLEAR beauty of his best work and it was somewhat mechanical at points, (such as on ‘Black Man In The White House’ where it appeared as if Sizzla was simply checking off ‘Obama song’ on his list), you can see that it was directed in much the same ways as some of those older pieces - Which certainly should have been no surprise.
Posted by Achis at 12:36 AM