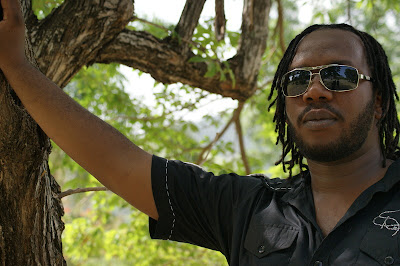 We deal with artists and producers and riddims and labels and albums and so forth and so forth - The basis of it all, however, is definitely THE big song. Whatever that means to you, you can hear an artist with an excellent tone of voice or an artist with a dynamic stream of words, but it is when that is ultimately put into an actual song when it is most likely to grab your attention. 2010 was brimming with such offerings and amidst the carnage, I thought that I'd serve up ten of my own personal favourites. Thus, I submit for your approval, The Top Ten Reggae Songs of 2010.
{Note: Dancehall - Yes. Soca - No}
{Note 2: This was pretty ridiculous and because of that and despite the title, just consider this ten of my favourites. I could've actually done a Top 50 (which was a request), but not even I have that type of time}
{Note 3: List is based completely on my own opinion and doesn't take into consideration commercial successes of the songs or lack thereof}

#10. ‘I Wish’ by Spectacular [Ghetto Scorp Production]
The blue moon. Consider this one example #7 or so of exactly how wonderfully destructive the LOUD Spectacular can be when at his best. He has this largely ridiculous ability to NATURALLY create melody despite seemingly spending long spans of time shouting as hard as he can. Usually the results are nothing too exciting and just when you begin to tune out, he drops a boom like ‘I Wish’.

Best Lyric: “If I have a genie, rub di bottle, mek it happen so. Milk and honey and silk and satin so. Puff up like a cloud, white like a cotton so. Money nuff nuff, woman run gone shopping so. Good tings mi wish for, good tings happen now. Bad tings dem wish fah, bad tings ah happen now”

#9. ‘Opera’ by Busy Signal [Stainless Records]
Only busy. If you didn’t know it before the year kicked off, 2010 merely reinforced the thought that Busy Signal is the most inventive DJ of this era and arguably one of the most such of all time. At the clinical heights of insanity of a gift was ‘Opera’ from his 2010 album, ”D.O.B.". The song, like several of Busy’s masterworks, the tune played off a very interesting riddim which kind of ‘vanishes’ at a certain audio point and is simply carried along by a destructive stream of words. In this instance specifically, ‘Opera’ was one DARK tune which was absolute brilliance as well.

Best Lyric: “When it comes to badness, neva you diss us. Things we no discuss. Head ahgo sever like discus. Mamma see you cry, seen vomit too, she disgust - Afta dis bust”

#8. ‘Dispear’ by Damian Marley & Nas [Universal]
Like Burning spear and such and such. In retrospect, the direct combining of Reggae and Hip-Hop on ”Distant Relatives” from Damian Marley and Nas may not have had the lasting impression on me that I anticipated, but what did was the best song on that album to my ears, the EPIC ‘Dispear’. This song is immediately attention grabbing because of its very URGENT nature which causes a kind of BIG intensity that isn’t very normal at all after the tune’s intro (which is excellent as well) and it prevails throughout the KNOCKINGLY addictive and educational madness which ensues.

#7. ‘Nah Sell Out’ by Khago [Seanizzle]
Got next. Call me a bit of a latecomer to this one as I spent the better part of 2010 enjoying and enjoying and enjoying Beenie Man’s HUGE ‘I’m OK’ (a very late cut of this list), his cut of Seanizzle’s equally sizable One Day Riddim. Also on that same riddim was (Future Fambo’s ridiculous ‘Drinking Rum & Red Bull’ alongside Beenie) young Khago’s breakout hit ‘Nah Sell Out’ which seemed to build itself up throughout the year, ending it as undeniably one of 2010’s finest - One of mine also.

Best Lyric: “Mi an mi friends nah war fi no Hennessey. Cah mi friends dem know wi nah pree bad energy. Khago rise mek many si and bun out bad mind, dutty heart and jealousy”
#6. ‘Nah Go A Jail’ by Echo Minott [Own Mission Records]
The riddler. I can just about guarantee you that you won’t see this tune on any one else’s ‘best of’ list for 2010 (but that’s why you come around here everyday anyway isn’t it???) as fairly obscure veteran Echo Minott linked up with French label Own Mission Records, to create this very dusty and downright HAGGARD sounding tune on their Bun Up Riddim, ‘Nah Go A Jail’. . . And I LOVED IT! I don’t know why exactly, despite the fact that it’s ‘my thing’, I can’t exactly tell you why I was thrilled by this tune the very first time I heard it and have been from ever since - But I just am! Dammit!

Best Lyric: “I went on the corner to sale some weed. Here comes the cop! He signaled me to stop. I disobeyed then I fled away. My new born baby due next day. Can’t afford to spend no time in jail”

#5. ‘Back Broad’ by Spice [TJ Records]
She raw. Far less hieroglyphic-like is (everything else on this list) the next entry here which features an artist, Spice, who had one of the best years to be had in 2010 by anyone. While her biggest hit (which would have been here were this even a top 11 piece), the ridiculous ‘Jim Screechie’, fittingly got most of the attention as one of the biggest Dancehall hits of the year, it was this GEM buried on TJ’s DNA Riddim (and left off the album), ‘Back Broad’, which was her finest piece of work in my opinion. As two of the top four entries here will indicate, I just love GENUINE hardcore Dancehall deejaying which is exactly what this tune was - And a near master class as well.
Best Lyric: PICK ONE! ANYONE!

#4. ‘Duppy Nuh Frighten Vampire’ by Spragga Benz [BoomTunes]
Evil. On one of the year’s most discussed projects, ”Shotta Culture”, legendary Dancehall DJ (I think he qualifies as ‘legendary’ now), Spragga Benz, delivered one of the year’s biggest tracks for me in ‘Duppy Nuh Frighten Vampire’. This tune was angry, screw faced Dancehall and it brought with it an updating of one of the genre’s biggest shots, the immortal Sleng Teng Riddim, for even more fire and months later it’s still blazing as hot as ever.

Best Lyric: “Duppy no frighten vampire. Ah wah dem fool yah deh pon iyah? Dem ah nobody fi conquer yah. Man ahgo bun dem lak bonfyah”
#3. ‘Walk With Jah’ by Chezidek [Jahsolidrock]
The modern classic. From the very first note on this SPLENDID tune, ‘Walk With Jah’ by Chezidek, I was pretty much hooked on kind of the opposite end of the spectrum of vibes from the two tunes which precede it here and the next as well. On one hand there’s that hardcore and intoxicating Dancehall vibes and on the other there exists this equally infectious and SUBLIME type of modern Roots with which this tune was absolutely DRENCHED!
Best Lyric: “When I & I journey inna serious places. I & I see all dem serious faces. See how they fight the righteous and push up their evilous faces"

#2. ‘Dancehall Again’ by Agent Sasco [Daseca]
My point exactly. I can say some things and with my morbidly obese vocabulary it will sound nice and people will quote me and everyone will be happy. However, if someone were able to put into song and make audio what I do digitally, then that’s potentially something special, particularly when “someone” is the genre’s current greatest. That’s exactly what happened when Assassin dropped ’Dancehall Again’ on (shockingly) Daseca’s riddim of the same name. The song simply put Into (brilliant) words and melody what I’ve been saying for the better part of two years or so - Dancehall music has been so fucked up by so many people that the genre, in its most original form, has become the rarity and damn do we miss the old days when it was the exact opposite.
Best Lyric: “Unuh memba when Diwali have the whole world ah clap. And Chaka Demus & Pliers a #1 act? Mi nah have Nuttin against R&B, Jazz and Pop, but wi represent di Gold and di Green and di Black!”

#1. ‘Cross Me Heart’ by Junior X [Tiger Records]
Honest truth. The best song I heard last year, without a doubt, came from the very unexpected source of Junior X who while he had been an artist with whom I was definitely familiar and had been impressed by in the past (most notably by the scorching ‘Plead My Cause’ a few years back), I would never have suspected could deliver like this - ‘Cross Me Heart’. The tune came underpinned by Tiger Records’ excellent Box Guitar Riddim (biggup Sherkhan) and was kind of a double sided piece. On one side it was a ‘light’ type of spiritual Roots track which you saw early in the verses, but as it nears the choruses it transforms and becomes this SCORCHING call to social action and change and in doing so it created a musical chunk of dynamite! It also created The Best Song of 2010.