Okay so, late Friday night I found myself the victim of a most cruel and paralyzing sickness which turned out to be a WICKED stomach virus, the extent of which would leave me almost completely stuck in bed for the better part of 3 days and - between you and I - also turn a liquid which is normally yellowish or clear into (a very very painful) reddish colour (was that too much???). And I do (and by “do” I mean DON’T) appreciate everyone who sent us a message, apparently angry with me for having left already. No - Not yet. Nevertheless, I come back to you and today it’s with a few things I’ve been laying around (literally) listening to for one reason or another this week.
{Biggup Haiti}
{If I don’t know you too well and you sent me an email earlier this week and it wasn’t too formal looking, you might want to send it again because my help (biggup Bredz) was on holiday and wasn’t watching when I was sick and I don’t feel like going back}
{Post #700!} 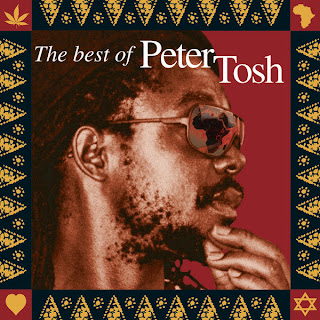 “Scrolls of The Prophet: The Best of Peter Tosh” [Columbia Records - 1999]

I’ll tell you more tomorrow about what brought Peter Tosh screaming back onto my players (even though you already know and if you don’t, simply put this entry along with the next in your brain and you’re certain to figure it out), but I was definitely in need of some original originality this week and sought it in, admittedly, the most commercial and glossy source that I could, but it worked. ”Scrolls of The Prophet” may not be the most comprehensive of collections of Tosh’s work, but it certainly does come in quite handy when you just need a quick vibe from the Red X. This album came conveniently armed with classics such as ‘Stepping Razor’, ‘Equal Rights’, ‘African’ (which I love and should have been on . . . Well maybe not), ‘Legalize It’, ‘Igziabeher’, ‘Ketchy Shuby’ and even an acoustic ‘live’ version of ‘Get Up, Stand Up’. Surely there’s much much missing, but again, when you just need a little piece of the vibes because someone else trying to sing these songs is boring the shit out of . . . Oops did I say that out loud??? Yeah you should already have this one. 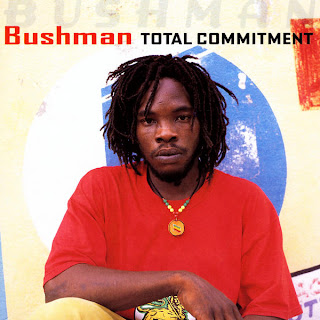 No reason at all why I’ve been listening to music from Peter Tosh and Bushman at the same time this week - None at all. Instead of drawing on ”Signs” or ”Higher Ground”, which is typically where I go when I need IMMEDIATE vibes from the most impressive Bushman, lately I’ve been digging into what would have been his second studio album, the King Jammy produced ”Total Commitment”. While not as impressive, in full, as either of those two albums, this release was very strong and one of the singer’s most colourful as well. Besides the pair of hits which begins the album, ‘Worries & Problems’ and ‘Fire Bun a Weak Heart’, also highlighting the album were BIG pieces such ‘Give Jah The Praise’, ‘Terrible Ina Di Giddeon’, ‘Babylon Dead’ and two very good Ward 21 produced Dancehall sets, ‘Mr. Gunis’ and ‘Sen Dem Come’ alongside I Lue. 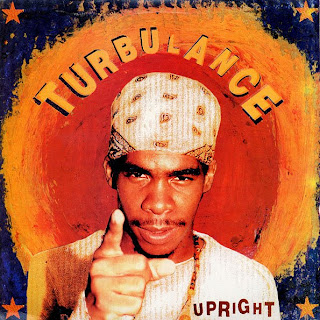 This one I honestly haven’t spun in about a week, but I was definitely on it the last week of last year and the first week of this one. ”Upright” was the wholly mediocre Turbulence album of 2005 from Maurice Johnson and co. at the once mighty Black Scorpio Records (they also did an Anthony B album, "Wise Man Chant” from the year before which was a little better than this one if I recall correctly and ”Praises to The King“ from Capleton also). This album I break out every once in a while because, despite being only twelve tracks long and I‘ve had it from the week it released, I can’t honestly say that I’ve ever dug into it to as much as I would like to. A perfect candidate for a future ’vault review’, ”Upright", again, wasn’t the best album (and the cover offers another misstep) and would have probably been released at the start of the artist’s seemingly irrecoverable turn for the worst, but it wasn’t completely horrible. Also, it featured two different tracks with Turbulence’s group Higher Trod (who were supposed to be huge by now) and even a combination with Josie Mel. So, while it isn’t quite the ‘good ole days’ for the ridiculously talented Turbulence, it definitely showed some promise. 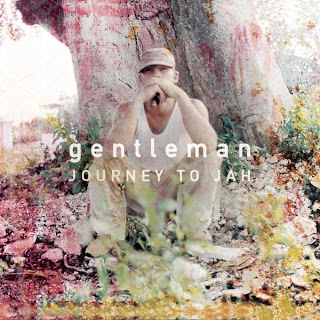 Pulling up this absolute GEM was the result of going back and giving a significant spin to Gentleman’s most recent release ”Diversity” to justify it being a Top Ten Album of The Year (and it was), but now I find myself trying to justify this one NOT being a ‘modern classic’ because if it isn’t, it’s very close. I don’t know if ”Journey To Jah” was the German star’s very first album (I think it was) and I’m entirely too lazy to check, but it was a spectacular and FULL set. Going through the tracks, the first thing that jumps up is the fact that on this one album are combinations with Jahmali & Daddy Rings, Bounty Killer, the Morgans, Luciano & Mikey General, Junior Kelly, Jack Radics AND Capleton and it still had eight solo tracks. That is ridiculous! And now I look back on it and see tunes which are now pretty much regarded as deserved CLASSICS such as ‘Runaway’ and ‘Dem Gone’ and a particular personal favourite of mine, ‘Leave Us Alone’ (“everything we build up, dem waan trample down”). So, don’t be surprised at all to see this one dubbed a classic by yours truly sometime in 2011 (after Queen Ifrica, of course) because it . . . Yeah it was. 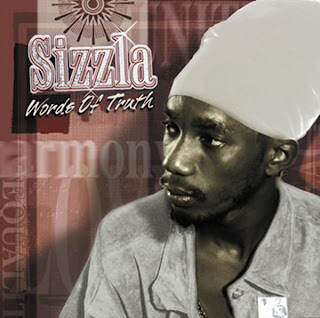 And finally is an album which works out very very conveniently, Sizzla’s 2000 album for VP, ”Words of Truth”. Late last year I was going through review schedules and there was a hole (ultimately filled by . . . Something else) and so I turned my attention to an old Kalonji album which I’d never written about - this one. And after I got sick, as usual, long spells of inactivity means that I’m probably somewhere listening to Sizzla and this was definitely the one I drew for most (also was digging through ”Blaze Up The Chalwa” quite a bit as well). The main attraction here, obviously, was the fact that this album featured two sets, one in the studio (and Xterminator helmed) and a live piece as well. The only interesting that I’ll say here, besides the circumstances, is that the studio album is widely regarded as largely mediocre and while it isn’t the best (of course not), in my sick delirium and even before, tunes like ‘Lift Mine Eyes’, ‘Enemies Are Confounded’, ‘Attack’ and ‘Uplift Your Standard’ . . . I don’t even know why I’m playing. I pretty much like this entire album, but as in the case of all things Sizzla, I’m partial. Acknowledging that, I’d still calling ever so slightly better than average (and I still might even review it anyway).
Posted by Achis at 12:21 AM