Okay, I don’t know if you know it, but coming up on Friday is one of the musical highlights of the year for me - it’s the International Soca Monarch Competition in Trinidad and me, Mrs. Me and Bredz will be there. If you’ve never experienced the event, I know I pretty much call things ‘great’ because that’s . . . Well, it’s just what I do, but when it is as best as it possibly can be - There is nothing like it in the world that I know of and certainly nothing like it in the entire landscape of Caribbean Music, as a whole.

So, I thought that I’d offer up some predictions as to exactly what I feel is (and what is hilariously not) going to happen. Remember: The only thing better than having fun is doing so at your own expense! Let’s go!
Groovy


'Cool It Down' by Destra


'Wotless' by Kes
Despite the fact that there is rather clearly a favourite emerging as the winner for Groovy Soca Monarch this year, I’m most expectedly going against that grain, but not by too much. As is the case in the Power competition, there must be an actual WALL of others keeping me from predicting the divine Destra Garcia from taking the crown and that’s exactly what I’m doing here. Benjai has a likely winner on his hands with ‘Trini’, but I think that my favourite artist with my favourite Groovy song, ‘Cool It Down’, is definitely going to be my choice here. After that I have Benjai, Kes and . . . . Okay I guess I have to go with Shurwayne Winchester. Despite his song, ‘Manic’, being truly ridiculous. Like Bunji in Power, Shurwayne need not be in his best form to take Groovy Monarch (although this year he will need to be).
My Prediction
1. Destra
2. Benjai
3. Kes
4. Shurwayne Winchester

It was mighty difficult putting Shurwayne there instead of Patrice Roberts (and I LOOOOOOOVE her song, ‘Mas & Wining‘), but I am trying to get this right (which will make it even more fun when she wins) and it's going to be VERY difficult to not see Winchester taking a top 4 finish. I will not be AT ALL surprised if Roberts wins (and I will be happy as hell) this year and I think she’s going to win it one year (very soon anyway). Also, while I do not think Saucy can win this thing, I do think that, with a magnificent performance, she can place and also Cassi with ‘Town Ting’ and do lookout (LITERALLY) for the TRULY delightful Megan Walrond with ‘Posse’.
Power 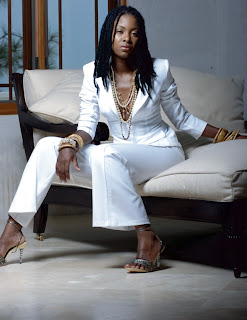 
'Consider It Done' by Fay-Ann Lyons


'Hold A Burn' by Bunji Garlin

Heavy Hitters abound in the greatest of them all, Power Soca Monarch, but it seems as if most people are predicting the same four will rise to the top and . . . Yeah, I am too, but I think I’m picking a different winner than most. This competition (like the Groovy which comes armed with usual non-participants Destra and Kes) has both Destra and superstar Machel Montano participating for the first time in 200 years and I think they’ll both do well. Also, as usual, on board are multiple winners Bunji Garlin and Iwer George, as well as defending champions, JW & Blaze. HOWEVER! For some reason, probably because her tune is about as lyrically PERFECT tune for Soca Monarch that I’ve heard in a really long fucking time, I’m going with Fay-Ann Lyons and ‘Consider It Done’! Having either won or placed second in this competition both of the last two years (and if we’re being REALLY honest she also should have won in 2008) (won Road March anyway that year), I think that she is well in her prime and she is PRIMED to win this competition every year for the next four or five in my opinion. I do feel it is wide open and in such years I’d typically favour Bunji, but I think Fay-Ann will do something special (and even if she doesn’t, it will still be amazing, I’m sure). The favourite here is Machel, who actually does have the best tune (more on that in a second) in ’Advantage’ and, again, Bunji has proven that he can do less than his best and still win in the eyes of great performances and his tune, ’Hold A Burn’ (I wonder if anyone else started singing “look out fi di bomb, fi di explosion, look out fi di bomb, fi di explosion” when they first heard that song, besides me) is slowly but surely growing on me. Iwer also has a one of my favourites with ’Come To Meh’ (his best song in a really long time) and Soca Monarch judges love Iwer so I wouldn’t be too surprised if he took it (okay, yes I would be).
My Prediction
1. Fay-Ann Lyons
2. Machel Montano
3. Bunji Garlin
4. Iwer George
Dark Horses

'Feting For Days' by Michelle Xavier


'Welcome Me Back' by Destra

Picking dark horses in this one is really hard because there’s so many GOOD songs and artistes, but I think I’ve narrowed it down to two (and you won’t be surprised AT ALL to know which two). First of all, duh, is Destra who’s power tune is ‘Welcome Me Back’. The song is excellent and it is fitting and, like Machel, although she’s never won a Monarch title, you know she is quite capable of such a performance (Bunji claimed in 2009 that he was, essentially, performing to create a ‘buffer’ of sorts between his wife who had no chance of losing and everyone else. Had they taken the ‘Bacchanal’ performance of Destra out of her ‘halftime show’, he could have faked an injury and went home). Also, there’s Skinny Fabulous who is capable of something special and if they keep letting him in this competition, he may just win it one day. I’d be shocked if it that day was in 2011, but he definitely is a threat to place with a song which I still don’t like too much (though he did serve up my absolute favourite Soca song in 2010 in ‘Scary’), ‘Duracell’. He will almost certainly be surrounded in evil bunnies and if he could actually manage Machel to be one of them, for a rendition of the remix of the tune, Skinny could be an even bigger threat. There’s also the defending champions who shouldn’t be counted out until they actually lose (although I basically have just counted them out), Shal Marshall and Michelle Xavier who have no chances of winning, but I love their songs (‘Doh Drag De Flag’ and ‘Feting For Days’, respectively) and Nadia Batson & Patrice Roberts with another tune I love, ‘We Not Leaving’ (both of them have placed in this competition in the past and hopefully the presence of Patrice can keep Nadia from delivering BY FAR the most complicated instructions to a big ass group of people in the history of the world) (she literally does Feng shui with people at Soca Monarch). 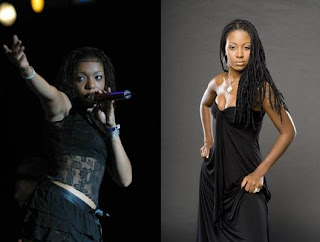 It's Ladies Night At Soca Monarch

I tapped out while watching the semifinals online (they really need to start doing that over two days, it’s almost SIXTY fucking performances) and I was surprised to see that Blaxx didn’t even make the finals in Power with ‘Trouble’ (I hope he did that song). He did qualify for Groovy and he has a tune, ‘Tanti Woi’, which could do some damage (and hide the fact that he is almost always out of oxygen and trying to scream a song at the same time) (‘Breathless’ indeed). And speaking of not qualifying, there’s no way in hell Fay-Ann even attempted to do so in Groovy, because she has probably my second favourite Groovy song out there with ’Pressure On It’. ANDDD unlike last year (and everyone other one that I can remember paying attention in) they made Grenada qualify and the reigning Grenada Soca Monarch, Otis, didn't make the finals with one of my favourites from 2010, 'Tornado'.

'Pressure On It' by Fay-Ann Lyons
And lastly (on this) I’m VERY pleased to say that you can actually buy songs from Bunji and Fay-Ann on the official Asylum Family Website (next year, maybe, they’ll get to know iTunes and such places on an intimate level).

Oh! And Machel Montano's 'Advantage' wins Road March and does so handily.
While We're Away 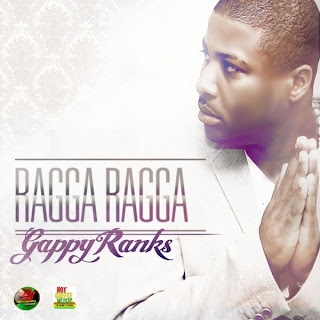 ‘Ragga Ragga’ (single) by Gappy Ranks [Champion Squad Records/Hot Coffee Music]
The first is a BLAZING new single for UK upstart Gappy Ranks for Champion Squad, ‘Ragga Ragga’. The tune has basically been on fire from the beginning of the year or so and now it’s making its way to the digital market and you can well expect it to be amongst the standouts on Gappy’s forthcoming album, ”Thanks & Praise” also.
Releases Tomorrow
Digital 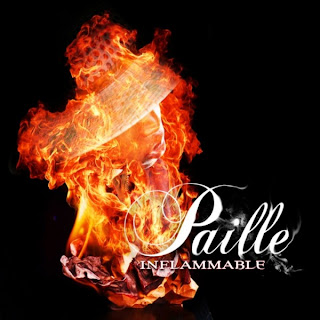 “Inflammable” by Paille [Don’s Music]
And in stores now is the sophomore release from someone who is truly one of the most inimitable characters in the Dancehall, Paille, ”Inflammable” from the still quite fiery Don’s Music. This album just kind of crawled out because I didn’t even know it had been named or given a release date and, after having spun through it just a bit, it’s the same old Paille with ridiculousness all around, but I will reserve final judgment for a review. 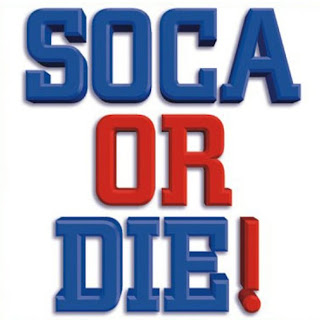 Won’t be gone too long. We’ll be back next Tuesday or Wednesday and you can expect reviews for Paille’s new album, Anthony B’s new album and blah blah blah (maybe Kes' album too) (and FINALLY Don Corleon drops the Message Riddim official release tomorrow, so maybe that too). There will be no cool internet tricks this year and Bredz will be joining us (on Wednesday), so if you need to send me something make sure the link lasts longer than a week and no one do anything interesting while I’m not paying attention like . . . Oh I don’t know, release a Bambú Station album. I’ll see you later and if I never return, know that I went with a smile.
Balance & Absolutely No Behaviour
RasAchis
Posted by Achis at 1:01 AM