As the birthplace of current superstars Tina Ly, Fanny J and others, one seemingly wouldn’t be under too wrong of an impression if they were to believe Guyane more of Zouk territory than Reggae. Also, the nation has yet to produce a Reggae scene as remotely outwardly vast and consistently productive and fruitful as other French Caribbean locales such as Martinique and Guadeloupe or those of its closest Reggae-loving neighbours, Guyana and Suriname (which isn’t surprising considering the population of Guyane is quite small to the others by comparison). However, 2011 figures to be quite a large and crucial year for Reggae coming not only from the nation, but that entire region and near the forefront of it all will almost certainly be the WICKED Little Guerrier.
The French word ‘Guerrier’ translates into English as ‘Warrior’ and the Suriname born artist figures ready to take his career to the proverbial ‘next level’ by any means necessary in 2011 with the backing of what is apparently the biggest Reggae label in Guyane, Transportation Label, who’re pushing Guerrier along with Prince Koloni (also born in Suriname, but now based in Guyane and is getting a big name due to the track, ‘Nature‘, which features Jamaican superstar Tarrus Riley) and others such as longtime veteran Chris Combette. For his part, however, Little Guerrier figures to be, perhaps, the most marketable and arguably the BEST talent of that talented group and a name to watch out for in the immediate sense. 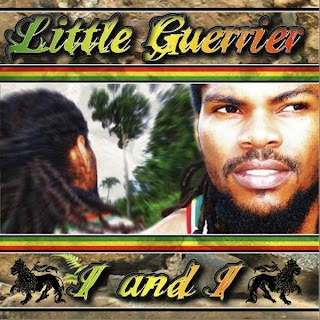 Currently, Transpotation Label is pushing Guerrier’s newest album release (which I believe is his third), ”I & I”, to a more international audiences, via the digital market. Those audiences are going to enjoy an artist who comes very much in the same style of others such as Warrior King and NiyoRah - A vocalist with a very young voice, but one who can take his vibes in SO MANY different directions that, not only does it become very impressive to listen to, but it also becomes a quite ‘visual’ type of music and that dynamicity and versatility is something which definitely drew me in the direction of Little Guerrier. The album contains a few nice sized hits including ’Faya Fi Bun’, ’Beautiful Day’ [alongside Koloni] and ’Faya De Wani’ across Baby G’s Good Love Riddim, which features Jahman T and Dogg X (who is Little Guerrier’s brother).
'Faya Fi Burn'

'Faya De Wani' featuring Jahman T & Dogg X
Still, perhaps the album’s most recognizable (and downright STUNNING) tune is track #6, ’Black Woman [I Love You]’, which is a tune I knew from a few years back from Guerrier (it may’ve been the first one of his that I knew of actually) and was a pretty big hit for him, which should be obvious if it mashed up this many fucking people in France and it did.
'Black Woman' [live]
Previously, Guerrier chimed in with a couple of albums, ”Caan Cool” from 2009 and, his solo debut, ”Cry Out”, from two years prior, both for Atipa Records. If I’m correct, Transportation Label has made available some of Prince Koloni’s older work, so perhaps these two releases will get a second spin as well, particularly if ”I & I” manages to do well - And it will. 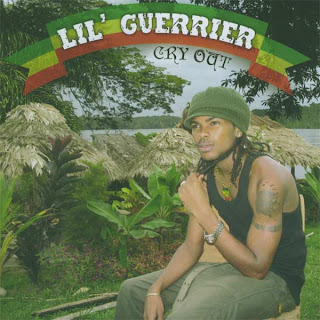 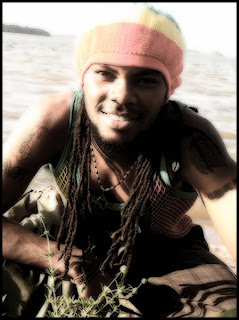 So, keep an eye out and ear out not only for the big talents coming from Guyane and from out of Suriname, but for Little Guerrier in particular. While 2011 figures to be a big one for him, it could be only just a start for one BEAUTIFUL big and international career in singing the best music on Earth.