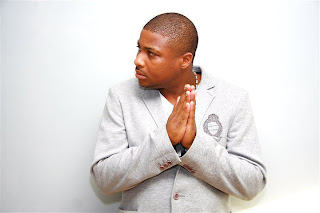 ‘I Was There’ by Gappy Ranks
The superstar for this edition of ‘Video Drop’ is definitely UK sensation Gappy Ranks who chimes in twice and significantly so. His first video is one for the very recent and very unfortunate aftermath of the tragic earthquake in Japan. Apparently the tremors began shortly after Gappy landed in the country for a few performances - so literally as he says ‘I Was There’. The video isn’t such a great and outstanding achievement visually, but it has a very POWERFUL significance to it, largely because of its immediacy. Gappy didn’t even go home - He wrote a tune and recorded it in a very short time with Special Delivery and the result is a moving first hand account of one of the largest tragedies in recent times. Also, just from a sonic point of view - This song is GOOD! It’s a VERY good song, whether a week later or a year later. The video also includes photos from the destruction and you can’t really say much more than - “EXCELLENT JOB” for this one and not in the usual way.
Video Rated: 5/5
Video - Song Link: 5/5

‘People Talk’ by Etana [Directed by Aisha Mchail]
Next this week we have ’People Talk’, the latest serving of the BIG new album from ‘The Strong One’, Etana, ”Free Expressions” (and it would have been the top video here in any other week definitely) . VP Records, unsurprisingly, has decided to give the tune a push as it was fairly popular even before the album actually dropped and it just happens to translate quite well into the visual sense. Here, we see Etana along her journey to become the big artiste that she now is and, at times, she encountered, just as the tune suggests, people speaking bad about her behind her back (with seemingly NO SHAME about it either). Things get pretty funny here as we see people trying to ‘help’ her with her image and the highlight has to be when she finds herself in her dressing room and a stylist presents her with possible ridiculous wig choices, while another suggests a thong . . . (Stop thinking Achis). And later a director offers his own helping hand in the form of some ass on a backup dancer for Etana’s performance, to which the August Town Princess responds with a smack to the hat. The video, cleverly gets the point across for the tune and it entertains as well - You can’t ask for much more than that. Oh and Etana sitting on the bench with the guitar . . . Yeah . . . Yep . . . I have a bench at my house too Etana . . . I’m just saying.
Video Rated: 4.75/5
Video - Song Link: 5/5

‘Could A Run Away’ by Delly Ranx & Gappy Ranks
Back under a normal set of circumstances we have a new video for a new combination tune between the bros. Ranking, Delly & Gappy, for ‘Could A Run Away’, which is apparently the latest single from Gappy’s still forthcoming album ”Thanks & Praises” (which literally is supposed to drop in just two or three weeks from now). Biggup reader Steven for suggesting this one and doing so with a qualification that the video wasn’t anything too special, but the song definitely was - Well he was right (and if you look at it correctly, the video won’t cost you anything, but the song will). There’s nothing too impacting going on here, but the star of things is this big big tune. ‘Achis! How big is it???” This big:
Gappy -

Video Rated: 3/5
Video - Song Link: 3/5
‘Fetting For Days/Get Wild’ featuring Michelle Xavier & Ricardo Drue by Imij & Co [Directed by 2 Tones Production]
Here, we have the visual track for one of the biggest and my own personal favourite tunes from Trinidad Carnival 2011, ‘Fetting For Days’ (actually there’s only one T in that word, but who’s counting) by Michelle Xavier in front of the always welcomed Imij & Co. I LOOOOOOOOOOOOOVE this song. I don’t really care what the video is, but it does do a generally nice job of capturing the some of the inherent PANIC of the tune, but I will say that this tune is definitely one which would have produced a better video outside. Later, Ricardo Drue heads things and ‘charges up’ (biggup Skinny Fabulous) with an even more energetic set in ‘Get Wild’, another tune which seems best suited outdoors, but the energy is nice. The real star here is Xavier and her breathtaking tune and I’m WELL hoping she can produce similar intoxicatingly ridiculous results in 2012.
Video Rated: 3.5/5
Video - Song Link: 2.5/5

‘Mon Amour’ by Jessye Belleval
And finally (not really) we have a video that I just . . . Fucked up in not putting in here because I did know that it existed from one of the most VISUALLY PLEASING artists in the entire fucking world! It’s MAMMOTH Zouk WINNER CUTIE Jessye Belleval with a tune marking her return from last year, ‘Mon Amour’. I could watch this woman eat breakfast and probably be thoroughly entertained doing it, so definitely watching her play around in the water is pretty much perfect for me. As for the actual video, however, it’s definitely pretty good. I love how Jessye is presented as the angel with the spectre of death looming greatly throughout (although her man does ultimately survive). It’s a nice video, BUT it’s Jessye Belleval! You are gorgeous! She also has a new single around now, ‘Seulement Toi’ (which hopefully means that there’ll be a new video soon) (and a new album as well, although that seems to go without saying now) and you can pick up them both exclusively at Jessye’s amazing new website.
Video Rated: 1042/5
Video - Song Link: 4/5

**Bonus** ‘Energy In The City’ by Patrice Roberts [Directed by AmA Studios] **Bonus**
Lastly (for real now) we have a commercial/jingle for 2011 Soca Monarch featuring one of only three (I THINK, with Nadia and Destra) who reached the stage twice on the night and Achis Reggae favourite, Patrice Roberts, ‘Energy In The City’. Patrice didn’t have the greatest of seasons this year in the opinion of most, but personally her vibes were some of the real highlights of the year for me (she was in on maybe three or four of my absolute favourite songs this year) and hers always are. Here is just a little thing which is really nice and just captures the big event with nice clips (particularly Fay-Ann & Superblue at the winning moment in 2009) and it’s just an excellent time to be had. Biggup Patrice Roberts every time.
Posted by Achis at 12:06 AM