What I'm Listening To: March! 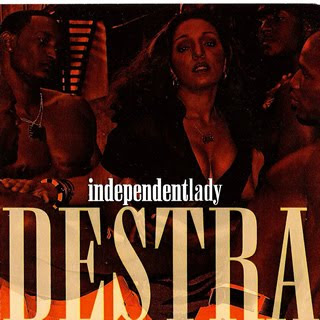 Loaded. When you take a Soca album and put just a few REALLY big tunes on it, you’re really doing something potentially special because Soca albums don’t, generally, bring in very many tracks and that was the case on ”Independent Lady”, Destra’s second album (basically). Not too surprising why this one has popped up on my radars in the past week or so and it never really falls too far out of favour anyway. This thing was just sparkling with big tunes - ‘Outta Time’, ‘Colours Again’, ‘Jumpin’, ‘Max It Up’ and a personal favourite of mine, ‘Aur Chale’ alongside Dil-E-Nadan - All of them were on ”Independent Lady”. Throw in a couple of mixes (including one of ‘Fly’), the title track(s) and the obligatory Gospel-ish piece from Destra and you have LOVELY material from one of the Caribbean’s greatest gifts to the world - Ms. Destra Garcia. 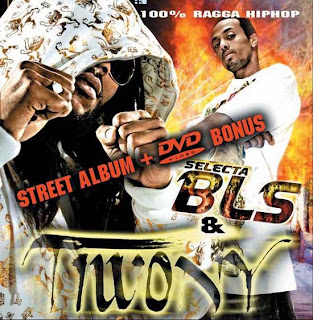 “Plis Difé: In Da Street Mix” by Tiwony [Blackwarell - 2008]
People like you and I are WELL looking forward to April 11 because on that day one of Reggae’s most talented names (whether you realize it or not), Gwada chanter Tiwony, is set to deliver his brand new studio (his third solo piece), ”Cité Soleil”. In the meantime, however, we can busy ourselves with stuff like ”Plis Difé” an official ‘street album’ (what Frenchies call mixtapes) between Tiwony solo albums #1 [”Fly"] and #2 [”Viv La Vi"]. I’m surely no great fan of mixes, but I do have to admit that nearly eighty minutes of Tiwony and the additions from the likes of Aidonia, Lyricson, the Marleys and, of course, FéFé Typical was damn entertaining. It also had a DVD (which I think I may’ve NEVER watched) (a situation which is sure to be remedied shortly) and included some of Tiwony’s biggest hits to date - No I still don’t like mixes, but this one will pass with room to spare. 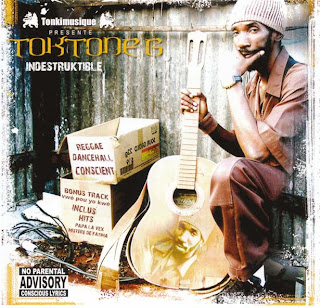 Sticking in Guadeloupe here’s an album which took quite some time to make it to my players and hopefully it takes an equally lengthy period before it finds its way off of them. Toktone G is yet ANOTHER very talented chanter from out of Gwada and his debut (I THINK) album, ”Indestruktible” didn’t go entirely unnoticed as a few big names (including Tiwony) joined him on the slightly too long project (eighteen tracks). The album is very solid throughout, somewhat Rappish, but Toktone’s is a very very RAW talent and one which I hope he pulls back fairly soon to release another piece. While we wait, there’s not too much to complain about on ”Indestruktible”. 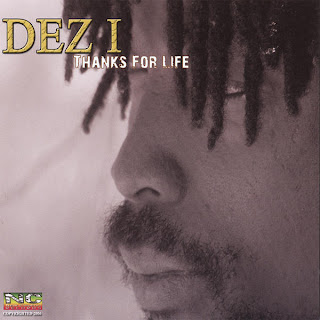 Here’s an album which I’ll always go back to, if for no other reason besides the fact that it has two TRULY huge tunes on it. The singles from Dez I’s album, ”Thanks For Life”, the delightful herbalist set ‘Essence’ and the WICKED ‘Shake Up Yuh Natty’ were certainly enough to attract just about anyone to an album and they were also enough to attract someone to a career. Unfortunately I haven’t heard much in the way of new material from Dez I after this album (I do believe that he did another single or two from this album, including the less than stellar ‘She Got It’) and I hope that he’s still making music, but even if he’s gone (he was also very civically active if I recall correctly), then at least he lest us with just a bit of nice memories - two in particular. 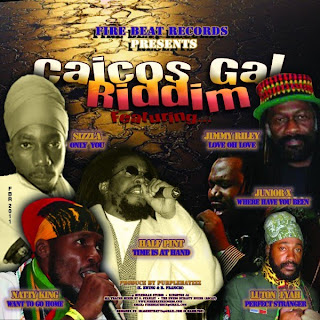 The Caicos Gal Riddim [Fire Beat Records - 2011]
And finally is a piece that I mentioned just yesterday - the excellent Caicos Gal Riddim from Fire Beat Records. As I said, it’s Natty King with the superb repatriation anthem, ‘Going Home’ which tops the set, but the King is joined by the venerable likes of Jimmy Riley and Half Pint as well as currents such as Sizzla Kalonji, Lutan Fyah and Junior X. They all do at least DECENT on a track which may just be one of the finest born in the first quarter of 2011 (but especially Natty King).
Posted by Achis at 12:21 AM