The last time we ran a lyrics feature we focused on the spellbinding linguistic acrobatics of Trini Soca word merchant, Bunji Garlin. In the realm of Soca, through the more traditional classes through which we measure skill, Garlin is at the head of a small pack of names which includes the lyrical likes of Skinny Fabulous, S.K.I.NN.Y. from out of Dominica, of course Ms. Alysha and just a few others as well. These performers make music which sounds entirely more lyrical and something similar to what you might find in the Dancehall on Soca (and Bouyon) riddims. However, what we don’t look at very closely very often is that one of the (and probably THE) major themes of Soca music - The ‘Jump and Wave’ - Can also be very syllabically impressive. Too many times we relegate these to merely being different ways of saying the same thing. While that may be true on the lower level, at the absolute highest, it could not be further from the truth. Over the past few years no one has ‘displayed’ this more clearly than the Soca-fied inferno that is Fay-Ann Lyons. While many of her tunes are of the ‘jump & wave’ variety, no one makes the masses jump quite as high, nor wave quite as frenzied as Lyons and particularly not consistently as of late. Her style is a bit different (obviously) and very wordy as she exhibits this scalding edge to her music which injects nearly supreme amounts of attitude and super-techno-femininity into it. The result is a force which will someday be credited with redefining and reenergizing the ‘basic’ jump & wave tune. Today we observe 10 completely random examples of lyrical napalm supplied by the human embodiment of the spirit of intensity - Fay-Ann Lyons. “Bunji Garlin
I am your wife and I’m very glad
You see tonight
Inside dis fete, I beating yah bad
So take yah licks, just like a man
And don’t call meh phone
And go home!
And wait for me
I taking yah throne!
-2008 Soca Monarch Performance of ‘Get On’

“Well I ask mi Daddy one day -
How to mek people break away
Listen close now, cuz I’m about to tell what it is that he say
He say point yah rag to the sky
Let your national colours fly!
And when di place start to mash up
Di whole place rock up
Is then they go realize!”

“See the sun, shining down
On the land
Highlight the masqueraders
As they move, to the beat
Of the band
To the stage of the Savannah
Feel the vibe
Hear the sound
Mass accumulation!
Glittering in the sun, like diamonds on the ground!
Side to side goes the sound
As the band moves along
People ah waving and waving
Taking out their rags”

“Somebody make a mistake -
They say Carnival done
Heading to the Savannah
Under the blazing sun
Masqueraders want to jump up
Wine up and carry on
But when they reach the big stage -
They realize it gone!”
-’Make A Stage [M.A.S.]'

“We got the base, to tear it up and make people jump
We got the vibe, to lift it up and do what we want
Hold on de pace, and keep it up and don’t make it drop
Cuz when we start, we going long, like we doh waan stop
Oh!
Who got the riddim pumpin, de people jumpin up there?
We got it!
Who got de energy to keep people breaking away
We got it!
And when you see de band coming down for Carnival day
We got it!
On my command I want to see every colour display
-’Get On’

“Most man cyah ride wid it
So they get park-up, one side wid it
See they cyah hold on
So they cyah stay long
So they [slip, slip, slip] and slide wid it
Hey
Move over skinny bumpa gyal
Move over narrow bumpa gyal
Flat bumpa get left behind, kill dem wid di heavy t wine”
-’Heavy T Bumpa’

“It’s not unusual to see on Jouvert morning
Old and young partying
You can’t stop dem at all
They chipping, to the music they playing
When the big truck passing
And having a ball
So when you reach on the stage
And yah flag start to wave
And you get inna rage
Start to misbehave
Just JUMP!
And WAVE!
And JUMP!
And WAVE!
And JUMP now WAVE and JUMP and WAVE!
And display yourself!”

“Always criticizing and debating about my style
Cuz when I step on the stage they found does behaving wild
But I know the people rate me and of me, they are very proud
So show dem how a real artiste, should really mash up a crowd”
-’Ah Thinking of Something’ 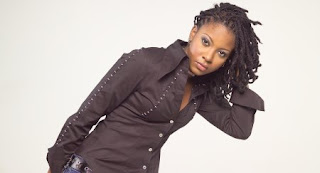