This week we have a healthy collection of videos from some very very big names in the music including three personal favourites of mine (including one with a bit of controversy) and a bonus clip from the greatest to ever do it. 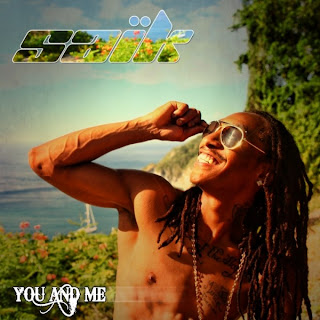 'You And Me' by Saïk [Digital Single, available now]

‘You & Me’ by Saïk [Directed by Moody Mike]
First up we have a video which may be the single most anticipated in the history of this feature on this blog as I’ve been looking forward to seeing the completed version for . . . Maybe two or three weeks now and here it is! Achis Reggae favourite, the abundantly gifted Saïk (!) brings forth his brand new video for the first single off of his forthcoming sophomore album release from Don’s Music, ‘You & Me’. Where do I begin? Okay so, first thing is that seeing this video makes me appreciate this tune INFINITELY more than I did before seeing it (and I did actually like it before seeing the video) and while I still don’t think it’s his absolute greatest song ever, it’s DAMN close. The video itself? GORGEOUS! The tune is a song which basically speaks about unification in the FWI and, to mark the occasion, Saïk traveled from his home in Guadeloupe and went to Martinique and to Guyane to vibes for the video (“wah gwan Gwada, wah gwan Mada, wah gwan G’yane”) and he made a WINNER! The scenery is beautiful, everyone is having a good time and Saïk finds himself in several nice situations as well (especially on a boat). We also get cameos of other artistes, particularly Kalash and Admiral T (I think I also saw the Lieutenant as well) and I was thinking about three minutes through that everything that I’d hoped this video would be, it had been and there was still another minute to go. So what does he do there? Of course, I’m hoping that they’d mix in another tune, but Saïk, arguably, does even better by apparently taking on Gwada Carnival at night to wrap up one of the best videos I’ve seen this year in a very fine fashion!
Video Rated: 5/5
Video - Song Link: 5/5
{Note: Saïk’s album, whatever it’s called, is reportedly scheduled for October release which is ridiculous, but I still cannot fucking wait!}
{Note 2: In 2011 - Paille, Colonel Reyel, Tiwony, Saïk, Daly and Mighty Ki La are all releasing albums! If you still aren’t paying attention to Reggae/Dancehall from out the FWI - WRONG!}

How do we follow that one? I’ll put it to a couple of names who definitely don’t need the help - It’s Shaggy alongside Mavado with ‘Girlz Dem Luv We’. I don’t actually dislike this tune which is probably a bit surprising (I’ve actually been enjoying the majority of Shaggy tunes that I’ve ran into for the last year or so and we’ll be checking in again with him shortly), but the video is pretty much EXACTLY what you might expect it to be. There’s a club. There’re many girls. There’s Shaggy. There’s Mavado. The really on varying thing, of course, is the different girls (one of whom looks like Ce’Cile actually) . . . But yeah. There you go.
Video Rated: 3/5
Video - Song Link: 5/5

Next we have . . . Shaggy again. This time on an even better song with the flaming Hezron, with 'Two Places'. Most interesting about this tune (besides the fact that it’s a really really nice song) (my Mother actually likes this tune a lot) is the fact that it’s actually 2-3 years old at this point and it now reaches video, having energized recently and become a sizable hit apparently. As for said video, it’s also pretty much what you might’ve expected with a conflicted Hezron taking center stage and playing a starring role between two (LOVELY) women, with Shaggy lending and occasional bit of support. I’m just really happy for this song and Hezron, in particular, as appearing in a video with Shaggy definitely can do nothing but good for his potentially WONDERFUL career. So we hope it does very well.
Video Rated: 4/5
Video - Song Link: 4.5/5

Well respected Jamaican Reggae veteran, Tony Rebel, returns with a brand new video (his first in . . . a forever that I can remember, but I pay no attention, so he probably has had several already this year) for his big tune, ‘Love Soldier’, the chanter’s cut of 2Hard’s City Life Riddim (incidentally, Rebel‘s greatest protégé, Queen Ifrica, also recently shot a video for her tune on the same riddim, ‘Times Like These‘). The video finds the Rebel and his initially rather menacing ‘gang’ descending upon a village in the bush to assist with help and medical supplies and such things. Upon reaching, however, his attention almost immediately locks upon the STRIKINGLY beautiful (she is absolutely stunning) apparent head of the camp. I really like just about everything here, with the only real negative in my opinion being the somewhat odd flirtation between the two, but I do believe that it works by its end. I also like the kind of running story which matches the vibes of the song so well and Tony Rebel (as always) appears to be having such a great time (if you were in her company, you would be having fun too). He doesn’t do things like this for nothing, so maybe he’s nearing an album release of his own in 2011, which would be very nice.
Video Rated: 4.25/5
Video - Song Link: 4.75/5

‘Talk How Mi Feel’ & ‘Nothing At All’ by Assassin
The reigning greatest Dancehall lyricist, Assassin, steps out with his latest clip for a double dosage of recent tunes, ‘Talk How Mi Feel’ and the MAMMOTH ‘Nothing At All’. The video, fittingly, is separated into two different halves with the first being for ‘Talk How Mi Feel’ which is a song on which Sasco doesn’t waste anytime in telling everyone what he thinks on certain subjects revolving around society and the Dancehall these days. He even calls a press conference for the situation which can be heard booming through a party which he also later attends for the half of ‘Nothing At All’. This one is just a nice little party with a few friends (some recognizable) and, at least for me, a celebration of this powerful, powerful talent with the exhibition of two big tunes.
Video Rated: 4.25
Video - Song Link: 4/5

‘Better Tomorrow’ by Duane Stephenson [Directed by Ras Kassa]
I don’t think that I have had quite the emotional experience for this video that several people that I’ve spoken with have, but it’s not very difficult to see, at all, exactly why they’ve felt what they’ve felt. The moving and melancholy ‘Better Tomorrow’ becomes the latest clip from Reggae star, Duane Stephenson as he, curiously, has already chosen to go in a different direction instead of furthering his most recent album release, ”Black Gold”. I’m not going to have much of a problem with that, in this case, because this video is very good. The clip paints a few really bleak situations in the lives of various people from various walks of life and it does this in a very straight forward manner and, wonderfully in black and white. That effect makes it all the more fulfilling when, presumably as the “better tomorrow” is reached, we switch to colour (signaled by the rising of the sun). It does get VERY drastic at the ultimate end just before the rising of the sun and certainly this one goes a very far way in making the point that Stephenson made initially with the tune itself.
Video Rated: 4.75/5
Video - Song Link: 5/5

‘Le Coeur A Ses Raisons’ by Thayna [Directed by Bruno ‘Deejay’ Slam]
And lastly (technically) we have the latest video from another of my favourites. It’s Thayna from out of Guadeloupe with ‘Le Couer A Ses Raisons’. Certainly this must mean that we’re to be looking forward to a next album from the Zouk star in 2011 and . . . Yeah, definitely looking forward to that (apparently it’s coming via Warren this time and not Kaysha, however) (looking forward to it in any case). I haven’t heard much from Thayna, at all, as of late, but she is a big deal in the colourful world of Zouk and THANKFULLY she’s obviously reenergized and is set to do the magic once again. Here she links with my favourite Zouk video director, Deejay Slam (who did all of those wonderful videos for Kénédy), and just when you think everything is running ‘status quo’, the video throws you a bit of a curveball. I won’t spoil that for you, but I will tell you that its very . . . Interesting! Perhaps not as surprising as I may make it seem, however, and the video, as a whole, is quite nice. In the future, I would like to see Thayna a bit more active physically [your joke here], because she doesn’t really move around too much in this video and others either. But she does look damn good and I do, of course, like the song.
Video Rated: 4.25/5
Video - Song Link: 4.25/5

Lastly (really) is someone who probably doesn’t approve of that previous video too much! Sizzla’s latest clip is for his relicked older tune ‘See Me’ for a returning Xterminator on the Royalty Riddim. The actual video here is just following Kalonji around on tour and through various performances with nothing, at least ostensibly, directly related to this song. I don’t care! It’s a great video, I do like the song and really we can write about others until our collective fingers fall off our collective hands! You know who’s the musical King around here, so big him up, every time.
Posted by Achis at 12:11 AM