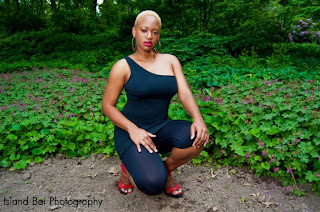 Nnika Francis . . . Andallofherhipsandass
Yow!
You know - Each and every month I write these things and I have some fun and look back at the previous month and look ahead to the present one and while I’m going to do a bit of that in just a second, I will say that I am in a THOROUGLY FUCKED UP type of mood and my main reason for writing this right now is to attempt to add some levity to what has been a TRULY ridiculous day (and ridiculous for no reason).

Okay! March. I don’t know that this horrible, horrible blog has received more attention in any given span of a single month or even a single month’s time in its history. Some form of attention is good and when we write something nice and the people like it or, more importantly, they check out what I’m writing about, that’s definitely a good thing. BUT (ass), with attention comes . . . Attention. So, I’ve gotten so much stuff, so much new music, so many people who want to talk about nonsense and everything that, I just can’t respond to it all. I do have Bredz, of course, the greatest assistant in the world and it’s really like I’m his assistant and he’s far too good to me because I’m incredibly jaded at this point and don’t want to do anything unless I want to do it! SO! I want to apologize if you sent me something, especially in the past two weeks or so and I paid it no attention. I’m busy and I’m moody. Thank you.

Also, March, on a personal level, featured me doing A TON of really stupid stuff, as usual. So I’d like to thank my lovely Wife (who’s currently visiting her family) and the little one (who is currently busying herself with my Wife’s most uninterested dog) for putting up with my intelligence-deficiency which is guaranteed to continue in April. And speaking of my Wife and DUMB (that’ll surely get me in trouble later, even though it was clearly innocent) (I love you), we recently did watch a movie called “Machete” which was a dumb movie, but I think it was intentionally dumb, and thus, GOLDEN! So check out that film which I think released either last year or in 2009, so it is pretty new.

OKAY that’s the bad stuff and the bad side of attention (I actually got a review request from someone who wanted me to REVIEW THEIR WEBSITE!) (as if we can’t find anything better to do). The good side? I wrote a review not very long ago for ”Skyfiya”, the new album from The Uprising Roots Band (actually have to write another one for the big site now) (hopefully can start doing that after this). That was EASILY one of the best reviews that I’ve written and we’ve received SO MUCH response for it as well and apparently it’s been linked all over the place - So thank you and do check out that album. JP asked me about the CD and I’ll try to find out something more direct about where everyone can get it if I can (biggup JP every time). Oh and I also spoke to someone really significant to us and our readers, but I won’t drop that bomb for a little bit.

And we also got a great deal of attention from the Soca community, particularly from the Bunji Garlin Lyrics feature and even Bunji himself tweeted about that. HOWEVER, the most interesting bit of recognition we received in March altogether, but definitely in Soca was from Nnika Francis (who I keep calling ‘Nnika Bostic’) (biggup Onika Bostic) who tweeted with all of her sexy hips and ass about an oooooooooooooooold list we did from March 2009, “The Top 10 Sexiest Caribbean Artists”, on which she appeared at #7 and looking up and down the list now - Perhaps its time for an update because Fay-Ann got her figure back and then some, she looks amazing and she’d rank no lower than three these days. And I think Nadia Batson tweeted our review too - Biggup Bredz for monitoring EVERYTHING and a couple of readers also.

Dance & Dingolay by Saucy Wow - No reason, just because
So what have we determined? I’m in a bad mood. I’m a sad and poor excuse of a human being and Nnika Francis is sexy. Now to April! I’m keeping it simple this time because I ALWAYS write this big long list of shit that I NEVER get around to doing so in a bit of reverse psychology to anyone FLAWED enough to read all of this - I’m going to tell you to expect nothing and then deliver SOMETHING.
That’s it! I’m not doing a damn thing else in all of April. Sorry! (NOT REALLY!).

Biggup everybody. Biggup Zojak (hey Zoe!) for just going mad with the new releases (one of which is “Skyfiya” another of which is Danny I’s new album (and another of which is Junior X’s album)) (they’re also doing the digital distribution for Anthony B’s most recent album in April as well). Biggup Camille for serving NICENESS in March, just got back to writing over there with a HUGE string of stuff (he even let me write some Soca, so go check out UnitedReggae.com). Biggup Zacheous Jackson who I need to reply to after I finish this. Biggup Dale Cooper every time, coolest man on the planet. Biggup Remmy. Biggup Jalena with the new tunes (how does it take me A WEEK to figure out that was the OMG Riddim). Biggup HEATHER just new stuff everyday. Biggup Susan (big stuff from Perfect coming 2011). Biggup Nat. Biggup Nico The Mighty. Biggup Bredz!

Oh and speaking of Bredz! My two favourite television shows - Being Human and . . . Being Human! 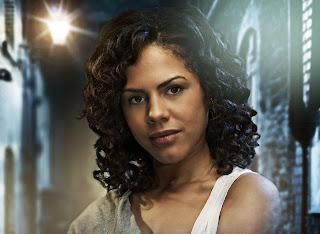 Lenora Crichlow from "Being Human" UK

The first - "Being Human" UK (which features the lovely Lenora Crichlow) wrapped up its third string of shows in March and although I didn’t like the final episode, that show is SUPERB! And I think you can get every episode on iTunes so check it out (or you can just watch it on Youtube like everyone else, I’m sure). 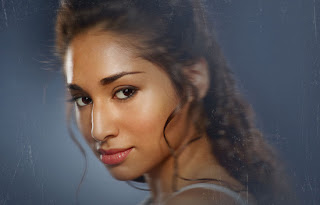 Meaghan Rath from "Being Human" Canada
And the other - "Being Human" Canada (which features the lovely Meaghan Rath) wraps up in April with just two more shows to go. I missed a few of them and Bredz sent us four episodes to catch up and it’s gotten really good. Also it got renewed for a next season so hopefully, 2012 features a double dosage of new Being Human and I can’t wait.

I think that’s it! OH! If you want Soca, I guess TrinidadMusicStore.com has collapsed into Trinidadtunes.com, which now apparently handles digital and physical tunes. And I think it’s probably THE best retail site for Soca and legal so definitely check them out for whatever you need, they even have clips now and it looks spectacular. Now, I’m pretty sure that’s it! No big tunes tomorrow because I didn’t get enough trash. Send all your horrible tunes to AchisReggae@hotmail.com and we’ll have that going next week definitely for #50. We’ll be back on Monday with something lacking common sense and decency andddddddddddddd. Yep. Here’s a tune from the lovely Ms. Nnika Francis . . . And all her hips and ass.

See. I do feel better. And I think you do too. Probably won't last, however.