April Artist of The Month: Shalli 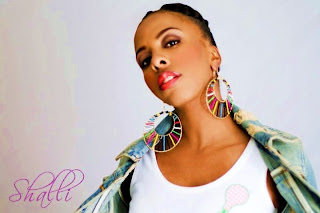 Hopefully you were paying attention yesterday when I told you about a delightful and sweet voiced singer who guests on the tune, 'Just Wanna Fly' on Tiwony's expectedly impressive new album, "Cité Soleil", by the name of Shalli. Often you’ll see artists who feature on albums and because you may not make too much of their talents or because you cannot find anything more in the way of information on them, your listening experience to them, essentially, begins and ends then and there. I’m thankful, however, that when I hear a pretty voice, I usually followup and having heard Shalli's incredibly pretty voice previously just a bit, I had every bit of persuasion and impetus I needed to go forward and learn even more and surely, I won't be the only one.

While Canada is a country which has one of the largest populations of Caribbean immigrants in the entire world and it is a very popular stop for some of the biggest names in Reggae and Soca, the country isn't exactly known as being a breeding ground for artists, itself. However, with names such as Tanya Mullings, Steele and others over the years, it has made a relatively nice impact on the music and should the greater world get a taste of Shalli in a big dosage, they'll make an even greater one. Shalli's voice is absolutely stunning and the Canadian native (daughter to Jamaican & Dominican parents), billed as "The Princess of Island Pop", has already reportedly made quite the dent on the Caribbean music exported from Canada. A quick look through digital releases would reveal her activity to have been quite high over the past couple of years with singles such as 'Show My Love', 'Shalli Sings' (and a couple of remixes) and 'All About Love' (all through Planet Rock Music). Also, unsurprisingly dealing with Tiwony, fans can also find tunes with songstress working in both French and Spanish (and we also stumbled upon a COOL remix of one of them 'Je Te Donne L'Amour' which features none other than . . . Tiwony returning the favour. 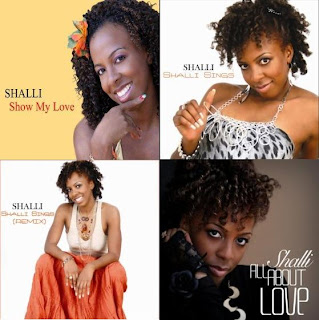 Shalli also has a very interesting brief history which involves her having performed extensively on the club scenes in some of the most remote corners of the planet including, but not limited to countries throughout the Afrikan continent as well as Asia and she’s also opened for some really big names in the music. Her own vibes, while clearly having Caribbean roots, are fairly 'wide-open' and she incorporates elements of traditional Pop, R&B and even a little Jazz, to my ears. On one of her biggest hits to date, 'Shalli Sings' (which also seems to be a nickname for the singer), is basically a sung spicy Reggae-fied Hip-Hop track (and an impressive one in statement of her arrival on the scene) on the KNOCKING Cussfix Riddim.
'Shalli Sings'
The selfish fan in me envisions Shalli going all Iwer George on the people and moving to Dominica full-time and becoming a Zouk singer (can you imagine!), but with her range - While she may not ultimately take that route (and she won't) - certainly doing a little Zouk doesn’t seem far off. Currently the singer can be found riding high with 'Feeling Inside', her cut of Madd Spider's Island Breeze Riddim. Her tune was one of the best efforts on a piece which also featured the likes of Sizzla Kalonji, Buju Banton, Wayne Wonder, [General] Degree, Gappy Ranks and others. 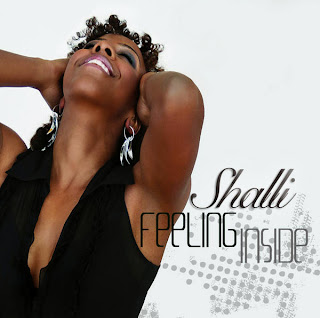 So definitely keep an eye and an ear out for the future works of the incredibly talented Shalli, an artist who has already made quite a significant contribution to this wonderful music and only figures to continue to make more and more. 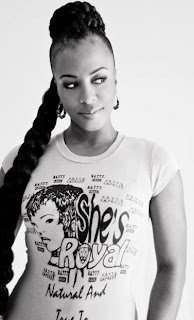 {Note: Shalli probably has the HEAVIEST and most adorable speaking Canadian accent I've ever heard on a person of Afrikan descent}
{Note 2: Shalli . . . Yep. She's a CUTIE!}
Posted by Achis at 12:19 AM