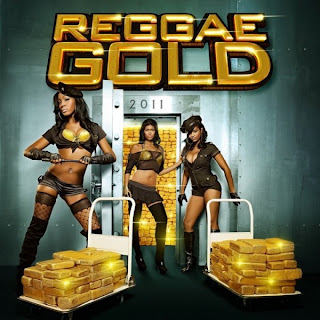 
'How Mi Feel/Nothing At All' by Agent Sasco

'For Your Eyez Only' by Shaggy & Alaine
First up this week is arguably the biggest annual release in Reggae . . . History (???) as its that time of the year again for the biggest compilation, “Reggae Gold” to make its return. This year, just like every other, the set attempts to link together some of the biggest and most popular tracks and package them (in a very nice package this year) and market them to a more mainstream audience and this year, just like every other, it’s probably going to be fairly successful. VP Records has assembled an excellent cast of vocalists which includes the Marleys (alongside Buju Banton), Agent Sasco, Vybz Kartel, of course Gyptian and Tarrus Riley, Beres Hammond, Mavado, Richie Spice and even Shabba Ranking (and a few more surprises, I was REALLY happy to see both I-Octane and Stevie Face on board here) to grab attention and a few other twists as well. From a more hardcore fan perspective (which is what you are), this is probably one of the better efforts from ”RG” in quite some time actually.
Potential Rating: 4.25/5
Releases on June 28
CD + Digital 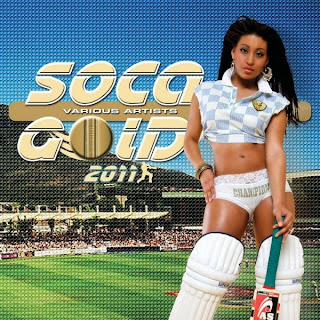 
'Come To Meh' by Iwer George


'Drop It/Created 4 Carnival' by Mr. Dale
I coming again. I mentioned this one before, but as I said, here it is again. After (two weeks before, actually) "Reggae Gold 2011", we also have ”Soca Gold 2011“ forthcoming as well. Historically, I more look forward to the ”SG” release between the two, if for no other reason than because the songs are typically much harder to compile on a disc in its best form and while that is normally the case, this year big things are on the way because the 2011 installment of the series is absolutely LOADED. Speaking of ‘loaded‘, Busy Signal is on board, as is Gyptian and they join Soca royalty such as Machel Montano, Alison Hinds (with Ziggy Ranking), Bunji Garlin [with Problem Child], Destra Garcia, Iwer George, Edwin Yearwood & Patrice Roberts, Rikki Jai, Skinny Fabulous and others (like Mr. Dale). Definitely not bad for a series which was criticized harshly (and justly so) for being low on the big tunes in 2010.
Potential Rating: 4.35/5
Releases on June 14
CD/DVD + Digital 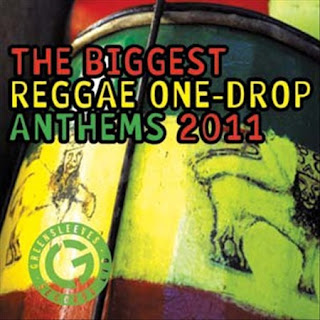 “The Biggest Reggae One-Drop Anthems 2011” [Greensleeves Records]
If the tracklist I’ve seen is correct (and it may not be), then we’re in for a pretty odd year from the also annual ”The Biggest Reggae One-Drop Anthems” compilation in 2011 because it contains more than a few surprises this time around. ‘Achis - Like what ???’ Well first of all 2011 would mark the very first time, to my knowledge at least, that Midnite is featured on a VP compilation. Not too surprisingly the song, ’How To Answa’, comes from the ”Treasure” album from earlier this year, of which, VP Records was distributor if I recall correctly. Also there is a tune from the very popular band, The Green, who I believe won iTunes' Best Reggae album award in 2011 for their self-titled album which I never heard. The legendary Bunny Lee also makes an appearance as does Vybz Kartel with a dubbed out version of ‘Spend Time’. More unusual still is the presences of both Copper Cat and J.O.E. - Two big artists who, most unfortunately, both lost their lives (and in their early twenties, respectively) earlier this year.
Potential Rating: 4.25/5
Releases on July 12
CD + Digital 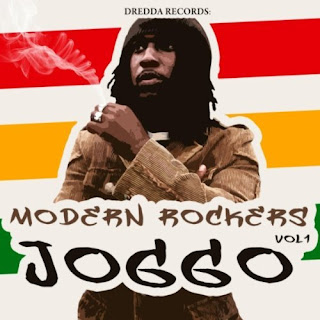 
'Strong Like Lion' featuring Turbulence & Jah Decko
I would have been almost certain that if we were going to see a new album from big Dutchie artist, Joggo, anytime soon that it would be coming through the joint Jah Solid Rock/Not Easy At All label, but that would have been because I wasn’t paying too good of attention, obviously. Joggo has also been releasing a semi-steady stream of singles through Dredda Records who now delivers his brand new album (and first, I believe), ”Modern Rockers Vol. 1”. I wasn’t too off base in my assumption because I do recognize ‘Strong Black Woman’ from the ”Cultural Vibes Vol. 1” album, but a great deal of the rest of this material is pretty new to my ears and I’m well looking forward to hearing some of it. Veteran Turbulence makes an appearance on this set which may just prove to be a bit of a ‘sleeper’ for 2011, so check it out.
Potential Rating: 4/5
Releases on June 27
CD [I THINK] + Digital 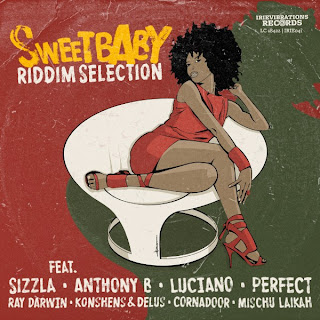 
Riddim Mix
Apparently the Austrian based IrieVibrations is doing their impression of overactive Frenchie label, Irie Ites, in 2011 as besides gearing up for album releases from the likes of Luciano, and reportedly, Anthony B and Konshens, the label is also doing a riddim album for its SweetBaby Riddim to . . . Pass the time I suppose. Fortunately this one is a good way to spend your time awaiting those big releases because it’s a pretty nice riddim. All three of those big names are on board with tunes and they’re joined by Sizzla Kalonji, Perfect, Delus, and Achis Reggae favourite, Mischu Laikah. Take a listen and pick it up when it reaches.
Potential Rating: 3.75/5
Releases on June 17
Digital 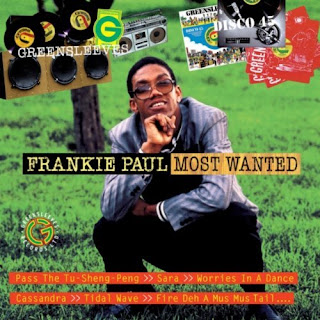 
'Tu Sheng Peng'
I’ve never been much of a fan of veteran singer, Frankie Paul, but I am definitely fan of Greensleeves’ “Most Wanted” series and his career is the centerpiece of the latest installment of the cool compilation run. Fan or not, you’re likely to be well familiar with some of the tunes here, such as ‘Worries In The Dance’, ‘Tu-Sheng-Peng’, ‘Cassandra’ and ‘Cassanova’. They all sound excellent here, so if you, too, aren’t the biggest of Frankie Paul supporters, perhaps it’s time you got familiarized.
Releases on May 31
CD + Digital 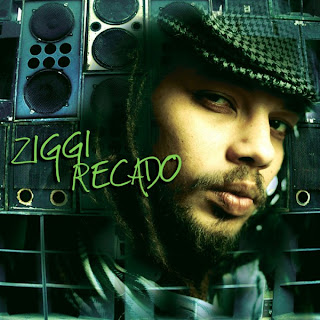 “Ziggi Recado” [Greensleeves Records]
It’s almost June 7 (told you it wouldn't be too long) and that means that the entire world can soon get their paws on one of the biggest albums of the year in the form of ”Ziggi Recado”, the third studio album from its namesake. Big big vibes here from one of the greatest lights we currently have in the music today, so WELL pay this one attention.
Releases on June 7
CD + Digital
See Review 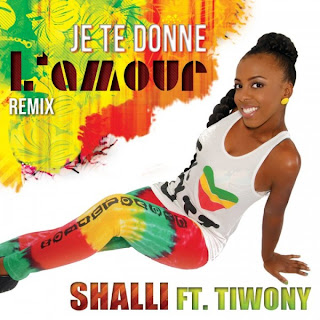 And finally this week we take a look and listen to new Achis Reggae favourite, Shalli, with a big new tune featuring Gwada star, Tiwony, ‘Je Te Donne L’amour’. The song is a cool and upful Poppish/Zouk-ish type of vibes and it’s also very transferable and easy on the ears. Everything we’ve come to expect from Shalli and loooooooooong time from Tiwony.
Digital
Releases Soon 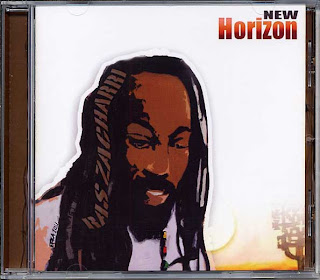 Ras Zacharri - “New Horizon” [Shem Ha Boreh Records]
I have to admit - I wasn’t too excited in looking forward to the latest effort from Ras Zacharri for some reason or another. Following his pretty good ‘opener’ from a couple of years back, ”Herbs Man”, which is still impressive, my already low passion (in general) didn’t get peaked for his next release. Of course all of that changed when I woke up and saw that someone had sent ”New Horizon” to us (and in an OUTSTANDING quality) and I gave it a listen and I liked what I heard. Zacharri, as always, is very straight forward and apparently I’m just in the mood for such a thing this morning. I’m also in the mood for Tiwony, Mark Tenn and Earl 16 (who we’ll be dealing with next week), all of whom join Zacharri on the new album.
CD + Digital
{Review coming soon} 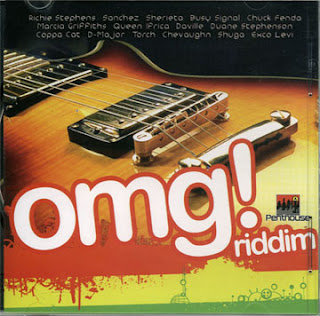 
'Bleaching Shop' by Exco Levi
I feel SO inclined to mention the fact that the riddim album for Penthouse’s STERLING OMG! Riddim has dropped because I can NEVER remember the name of this thing, despite the fact that it is clearly ear candy of the absolute highest order. I love this riddim, Penthouse has been on such a fine streak over the past few years and strictly in terms of compositions, this may be their greatest stroke over that time. The aforementioned Coppa Cat features on a piece which also includes, the immortal Marcia Griffiths, Busy Signal, Sanchez, Chuck Fenda, Duane Stephenson, Torch and a dominant Exco Levi.
CD 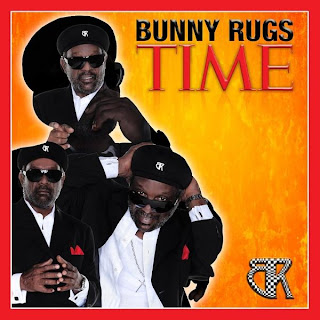 Bunny Rugs - “Time EP” [Raw Edge Productions]
And finally (this is the easiest time I‘ve had writing one of these things in a forever, it isn’t even midday and I‘m already done!), I mention with no urging from anyone whatsoever and completely on my own notion (hey Heather!) - The latest from entirely too busy Bunny Rugs, ”Time”. An EP set ahead of his forthcoming album of the same title. This set includes three tracks, ‘Love Is Blind’, ‘Just Can’t Deny’ and ‘Kurfew’. The first of the three is featured across the LOVELY Tune In Riddim from Sly & Robbie. The smooth ‘Just Can’t Deny’ features contributions from both Dean Fraser and Richard ‘Bello’ Bell from Star Trail, while the final track, which is the best of the three to my opinion, was co-produced between Rugs and the most venerable and esteemed Mikey Bennett.

Of course, all of this comes in midst of Rugs still riding high at his ‘day job’ with the legendary Third World who are still enjoying the successes of their most recent album, the well received ”Patriots”.
Digital
Posted by Achis at 12:24 AM