In Reggae music we are constantly looking for the next artist to take our music to the proverbial ‘next level’ in terms of attracting more ‘mainstream’ levels of attention. The thought, presumably, is to identify the next Sean Paul, Shaggy or Beenie Man and begin to market them, and the entire genre of music as well. However, this is taking entirely too much fucking time in my opinion, so I thought that I’d help matters along just a bit. Also, if you have poor and very very unfortunate friends who aren’t quite able to enjoy the greatest musical art form in the entire world just yet, here’s something for them as well. This list is compiled of largely unlikely performers who make a brand of Reggae which is very transferable and while some of them may not be the most marketable in the world, in my opinion they’re styles all have something which would attract a grander level of attention if given the opportunities. Here're ten artists who would make perfect entries into Reggae - The Musical Deflowerers.
{Note: Artists are listed in absolutely no particular order}
{Note 2: No Behaviour}
{Note 3: NONE!} 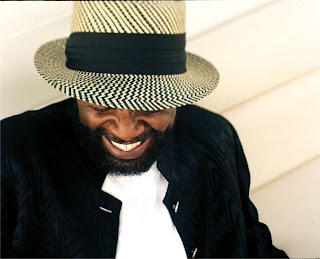 
'No Disturb Sign'
As much as anyone on this list and perhaps as much as anyone in the history of Reggae music, the legendary Beres Hammond is a ‘victim’ (not literally, of course) of where he was born, in terms of his career. Speaking strictly in terms of popularity and the ability to receive the biggest light shone onto his careers as is absolutely possible, Hammond, presumably, would have benefited immeasurably being from another part of the world - Fitting in with all of the great and immortal R&B singers. These days, he’s still very much near his best years and continues to make a brand of Reggae music which is IMMEDIATELY ‘sexy’ to R&B fans across the world. Still, while he’s done far more than enough to make his name unquestionable in Reggae circles, had he not been ‘burdened’ with instinctively making Reggae and had he been American or English, the entire world would revere him as one of the greatest R&B singers ever . . . Damn I’m glad that’s not the case. 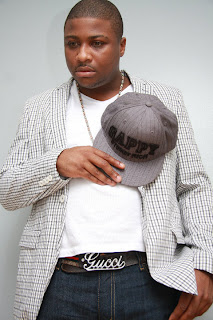 
'The Best Is'
In examining ”Thanks & Praise”, the latest album effort from sensational UK export, Gappy Ranks, I was left with a ton of thoughts and one of them was that, ostensibly, he could very well make a way for himself amongst Hip-Hop heads. He is very much a work in progress and, thankfully, that “work” is done with Reggae music, and particularly old school Reggae music, very much in mind, but when you listen to some of his more ‘post-modern’ efforts, he does things, often on a rapper’s pace and cadence, as opposed to a DJ’s. The differences are subtle, of course, but were to take Gappy and place him on straight acoustic sets, or straight a cappella sets and just have him rhyme, the results may be somewhere directly between Jay-Z and Shabba Ranking (in terms of sound). Should he ever go closer to the Hip-Hop style and begin to develop that vibes more and more, he could do a major damage there in my opinion. Hopefully he saves that for album #17 or so, however. 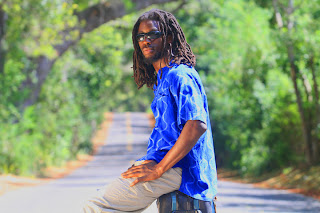 'Black Gold'
For nearly a year we’ve been well enjoying Toussaint’s brand of ‘Soul Roots’, which is this hybrid sound combining traditional Soul Music with Roots Reggae in, arguably, the most pure form in which it exists these days - From out of the VI. He was definitely successful in managing his way between the two genres but he’s also very much a rarity because, as we go on further and further, it seems less and less as if Toussaint worked this out in his head and more and more like it is his 100% natural style (and he actually said as much, if I recall correctly). What I wonder is what might happened if he went back the other way? If he were to make a similar album which was marketed more to Soul/R&B/Jazz fans, would it have a similar resonation with them in terms of maybe picking up more and more Reggae music? I’d be willing bet that it would. 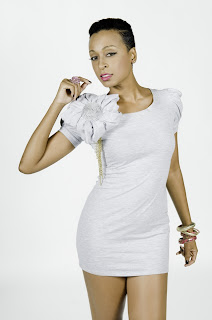 
'Tahrir Square'
Besides looking good in a skirt (DAMN!) Alaine would also look good ‘wearing’ a very wide array of different musical genres and colours and in her case, I think she still has a chance to make a great way in a few of them. There’s Pop music, R&B, Jazz, Soul and maybe even traditional Gospel - Presumably fans of all of them would react to her music which, for years has been making impacts on Reggae heads such as you and me. Her vibes are just STERLING and you can literally pick up any tune from . . . Whenever and see that the song would have legs which would carry it beyond Reggae, in the most basic sense of the word. On top of that, of course, are her looks - She is a very beautiful women and carries herself very very well and dignified and should the rest of the world get a taste (there’s a wonderful joke here which I’m just going to ignore and keep going) of Alaine, they may not give her back to us. 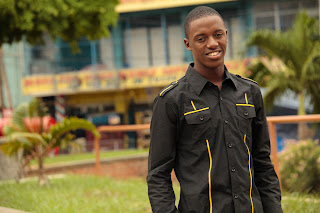 
'Rich In Love'
If Romain Virgo goes through his entire career (which may have another forty years or so) and doesn’t receive an EXTREME amount of international fame and attention at some point, in my opinion it will be a DAMN SHAME! Already the youth, who is in his very early twenties, has developed himself into, arguably, one of the most versatile Reggae singers to emerge in quite some time - singing not only the very expected and mandatory love song, but also the social commentary and even blending the two in many respects - and one would figure that before his time is done, he’ll find the proper mix to be able to take it mainstream at some point. The very danceable vibes of Dancehall music are one thing, but more Roots Reggae is thought to be quite difficult to pass through, yet I wouldn’t put it past Virgo to be THE one to do it. Should he manage to pull it off - The world will never forget his name. 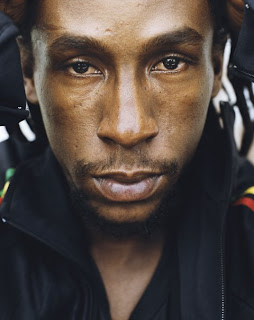 'Unconditional Love' featuring Phyllisia
What??? Yeah! Jah Cure. Here’s my thinking on this one: Compared to any other singer on this list, Jah Cure has, by far, the least command of melody and his music, ostensibly, would seem very difficult to crossover from Reggae to anything else besides . . . More Reggae. HOWEVER, what the Cure does have going for him is a talent which is TRULY one of a kind and one which is absolutely paralyzing at its best (and his very interesting and FUCKED UP story would also be of interest). Of course what I am talking about is that voice which puts him into a very special class of his own and one which isn’t likely to become crowded any time soon. The fine people at SoBe are in charge of taking that voice and delivering it to the masses and his forthcoming album, ”World Cry” (if they ever actually release the damn thing), figures to be a very important one in regards to introducing the rest of the world to the single most DAMAGING voice music has EVER seen. 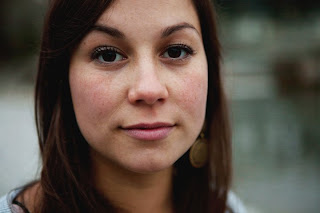 
'Rock Steady'
As I’ve said in the past, part of the reason why I so took to Sara Lugo and her great music has a little to do her image and how wonderfully it speaks to the power of Reggae music. People who look like she does typically don’t DO Reggae music and here she is so well and eagerly saturated within the music that her own vibes very much have the feel she’s been doing it for decades and decades (and when she finally does have that type of history behind her, you won’t need me to tell you how great she is). What she does is to make this very interesting and captivating sound which fusions Jazz with Reggae and what would be most interesting, and I suspect that it may happen someday, is if Lugo turned more towards the Jazz community (briefly, not forever) and introduced to them a perhaps never before heard brand of Jazz which sounds very much as if it were primed in downtown Kingston and she also figures to have an opportunity to do the same within more R&B-centric circles as well. 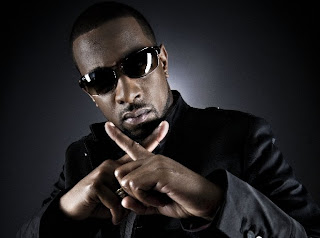 'Best In You'
The outstanding Dutch singer, Maikal X, comes from a background in Hip-Hop and after his ‘stint’ in Reggae (which will probably last for the rest of his career), he’d very well be prepared for a second-wind, of sorts, as an R&B vocalist. Maikal X is a very flashy singer - He makes a shiny brand of Reggae music (and I mean that in a good way) - And I would actually think, as ridiculous as it sounds, that if he were going to make a push towards the mainstream, he’d do it sooner rather than later, before he’s had even more time to develop as a singer. Already, tunes like the remake ‘Here She Comes’, ‘Irie Love’ (featuring Irie Love) and definitely ‘Best In You’ reside in his catalog and each would figure to make waves outside of Reggae given the chance. 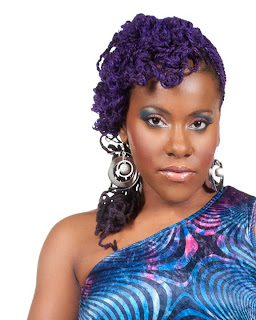 'Caltariba System'
Much like Romain Virgo, I’m under the assumption that Reggae Roots princess, Etana, would have a damn good opportunity to take Roots music to more of an international and mainstream audience and in her case, it’s because of several different reasons. First of all, her brand of Roots isn’t the typical ‘burn out babylon . . . ‘ type. She’s able to make songs which center around that ideology, but ultimately have more real (and current world) identities. Also, there is the matter of her voice. She doesn’t get nearly enough credit for it, in my opinion, but Etana’s voice is one of the best in Reggae today and it is something which would attract more fans. And so that we not act BLIND, she’s also a very attractive woman which will help you in almost any walk of life. 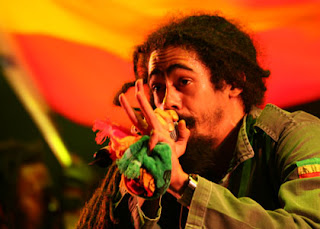 'Despair' w/Nas
With a name like ‘Marley’ surely you’re going to have a very special type of attention given to you from just about anyone in the music field, regardless of genre and, as I’ll speak on more tomorrow, Damian, even more so than his brothers has endeared himself to the masses greatly. The biggest piece of evidence of that, of course, came last year when he linked with Hip-Hop ace, Nas, for the ”Distant Relatives” project and from what I hear, he’s also set to enter a group which features none other than Mick Jagger from the Rolling Stones. SOMEDAY, Marley will come back and make a Reggae album (he may be forty years old before he does it, but he’ll do it) and when he does he’ll have a great deal more eyes on him than when he told all ”Welcome To Jamrock”. If at that time he’s fallen more into the ‘regular’ line of Reggae artists (and I suspect that he may), the entire genre will receive a well needed boost because of it and his contribution to our wonderful music may only be surpassed by the first man we new with his name.
Posted by Achis at 12:20 AM