What I'm Listening To: May! 
'Leave Babylon'
I have not the slightest of ideas what propelled me to dig up this decade and a half old album as of late, but whatever it is, is a damn genius (does that make any sense??? Any at all???). I don’t quite hold old Capleton music in as high esteem that I do old Lady Saw music, because when everything went super digital and super high-tech, Capleton continued to excel, but if you get back into some of his older material, like a great deal of that which was to be found on the "Prophecy" album, what you hear is an absolute master class of deejaying and chanting. Of course, this one will always be linked to the "I-Testament" project which arrived a couple of years on and was his second for international major Hip-Hop label, Def Jam. While that second album did have some very nice material, to my opinion, this was the better of the two (especially now). HUGE tunes such as 'Tour', 'Obstacle', 'Wings of The Morning', 'Don't Dis The Trinity' and a personal favourite of mine and one of The Prophet’s most underrated songs EVER, the MASSIVE 'Leave Babylon', make the decision a clear one for me. 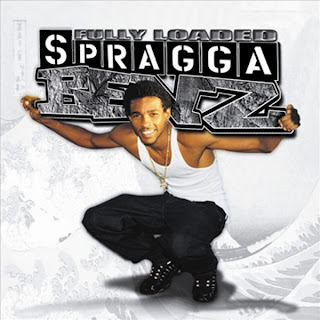 
'Backshot' featuring Lady Saw
Speaking of world class deejaying - It was giving another shot to his most recent effort, "Shotta Culture" a few weeks back which lead me in the direction of BLAZING what is, in my opinion, the best album Dancehall legend, Spragga Benz, has ever done, "Fully Loaded" from back in 2000. Although not without its fault (it did have 21 tracks, after all), the album was . . . LOADED with big tunes and there exists a Dancehall-ish UTOPIA somewhere in the middle of it all. 'Wi Nuh Like', 'Weh Ya Say Star', 'She Nuh Ready Yet', 'Some Bwoy', 'Do It An Done', the eternally moving 'Sleep With Angels', the hilarious 'Too Stoosh' alongside Foxy Brown AND the damaging and legendary 'Backshot' with Lady Saw - All of that one album and backed by some of the best riddims from the late 1990's . . . It all just brings a tear to my eye. 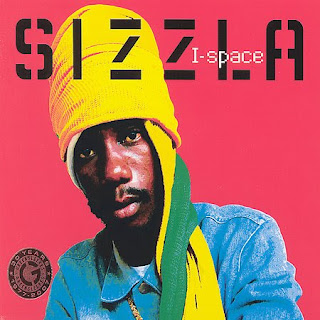 "I-Space" by Sizzla Kalonji [Greensleeves - 2007]
The obligatory Sizzla album this month actually jumped into my head after copious spins of the next album that I’m going to tell you about, as it was one of quite a few which came through over largely the same batch of riddims at the time from Byron Murray & co. at In The Streetz - "I-Space", which was the best album of 2007 and a bona fide Modern Classic as well. Although I haven’t seriously spun this one in a few months, it’s never too far from my players at all as it serves as a most welcome smack in the face for everyone who thinks "Da Real Thing" was the last TRULY great album from Sizzla. 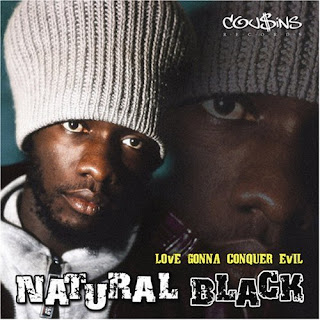 I've just been listening to A LOT of Natural Black as of late and I was attracted to this largely forgotten GEM of an album from 2007, "Love Gonna Conquer Evil", because it contained a big tune that I, literally, hadn’t heard in a year or so, 'Love Rastafari'. I LOVE that tune and I can remember rather casually looking up and down the tracklist for this one and having it catch my eye and I SMILED WIDE when I saw it. The album, in full, was quite nice also with tunes like 'Rather Be Your Friend', the outstanding 'There Is A Place' (especially that one), 'Let Jah Love Abide' and a few others standing out as well. These days, it may just rank as the THIRD best album from this setup from In The Streetz - Following "I-Space" and MAYBE "You Bring Blessings" from Lutan Fyah - Two very large releases. 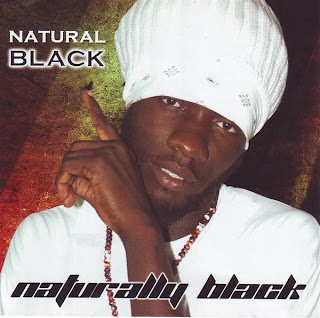 
'Nubian Business'
Did I mention that I've been listening to Natural Black lately??? Besides the aforementioned piece, I've also turned my attention to "Naturally Black", another largely forgotten album from just back in 2008. I've always held this one in a pretty nice esteem (largely because it happens to contain one of my personal favourite Natural Black tunes, 'Nubian Business'), but listening to it these days, it’s actually aged pretty well. I’ve been REALLY stuck on the tune 'Africa We Ah Reach' and a few others, like 'Continent For An Island'. I’m not going to call the best . . . Blah blah blah . . . But it’s just a damn good release. Dig it up this month, I’m sure you'll agree. 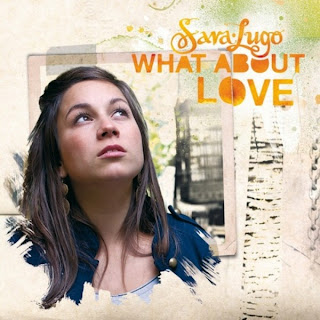 "What About Love" by Sara Lugo [Soulfire Artists/Oneness Records - 2011]


'Part of My Life'
SURELY you weren't under the impression that just because I'd written a review (which she said she liked!) that I was going to stop mentioning her name - Were you? Of course not. In terms of new material dominating Achis Airwaves it's STILL all about Sara Lugo and her brand new album "What About Love". It's just a LOVELY creation and I could, very happily, continue to write about it in the future. And I will, so stay tuned, but in the meantime, pick up a copy for yourself - Definitely.

Also listening to:
“The Beautiful Side of a Kreyol Folk Trip” by Stevy Mahy
“Good Ways” by Sizzla Kalonji
“Happiness” by Ras Attitude
The Wildfire Riddim

{Blessings be to Robert Nesta Marley. Transitioned 30 years ago today}
Posted by Achis at 12:07 AM