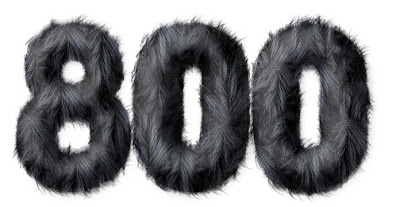 Okay so, You, my wonderful readers probably have noticed that over the past month or so, I have been suffering from a very INTENSE lack of passion for . . . Pretty much everything. This isn’t a rare occurrence for me, I’m pretty indifferent to most things, but music doesn’t qualify as “most things” for me - I do care in this instance and I probably care too much. You’ll find great evidence of that in the fact that here we have post number 800 on this blog. It seems as if pretty much every month we hit some type of a milestone around here and this one, under most circumstances, is pretty much nothing, but yeah like I said, we’ve been struggling as of late.

HOWEVER! It has not all been very difficult. As I told you yesterday (hopefully I posted that), I’m currently busying myself listening to some pretty good things and there’s another pretty good one which I’m going to tell you about tomorrow, but as of late, there’ve been two (well, three actually . . . Okay, four, but do Sizzla and Lutan Fyah really count???) very different, but very wonderful artists who have managed to keep my passion going, which has been to the slight benefit of just about everyone else that I’ve been listening to. These two, above all others (not named Sizzla or Lutan), are who I look forward to listening to when I wake up in the morn . . . Afternoon. 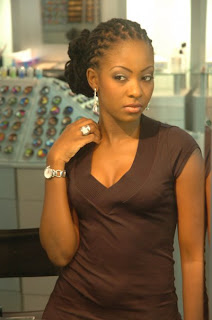 Fay-Ann . . . She is a very attractive human being

'Consider It Done'
The first is the incomparable, the great Fay-Ann Lyons. A few weeks ago we did a “Lyrics!” feature on her (hopefully we’ll do the next one of those next week) and I REALLY went back to listen to some older stuff about as close as we could get to the turn of the century and her first Road March year, which was 2003. You may’ve noticed that I never did the most obvious of lists which would’ve been the biggest tunes from Trinidad 2011 and that’s because my opinion changes each and every day almost and currently I can be found KILLING her wonderful big song from this year ‘Consider It Done’. I’ve gone from being relatively indifferent to this one (and thinking it actually not as good as Busy Signal’s tune on the same riddim, ‘Get Outta My Way’) to just being DESTROYED by it. Certainly the tease of the tune which was her performance at Soca Monarch had something to do with it, but from over the last couple of weeks, I’m hearing it a completely different way and although my opinion will surely change in the not too distant future, RIGHT now, it’s my favourite tune out of Trinidad in 2011.

'Display' [Road March 2003]
And just going back, while we don’t typically look at someone like Lyons (who is 30) as having a great deal of LONGEVITY behind her, she’s had some REALLY beautiful tunes in her past and, as I’ve said, perhaps ad nauseam, I don’t think that, over the past few years or so, ANYONE has a legitimate claim in Soca of having been more CONSISTENT than she. And it doesn’t matter, pregnant, busied with other things or just thoroughly pissed off, Fay-Ann Lyons, these days, is THE main attraction in Soca for me (not named Destra) (who doesn’t really count because she is perfect in every single way possible) (Thank you) (oh and that picture is OUTSTANDING!). 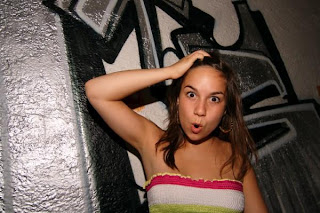 And then there’s (shockingly) Sara Lugo. The wait for her album, ”What About Love” was absolutely ridiculous, it was entirely too damn long and I’m glad its over (note to everyone whose music that I enjoy: Please don’t tell us you have something coming that I might want more than a couple of months in advance, I just can’t take it) (I have issues). Besides enjoying the big NEW things on that album, it’s also given me a very good reason to go back (not very far) and spin some of the material which didn’t appear on that project, such as the MASSIVE ’Bombs of Love’ and ’Wine Now’ alongside Cali P.

'End of The World' w/ Jamaram
More still, she has a few tunes around which I never really paid a great deal of attention to but, unsurprisingly, I enjoy them as well. One of which was a track with Ephraim Juda from his most recent album (too lazy to look that up because I just clicked the screen off) (but it’s a nice song, trust me) and then there’s a next track which is well growing on me, ‘End of The World’, and is Sara Lugo singing with German band, Jamaram (biggup Jamadom), which is her Brother’s band and this song is lovely. I may be another couple of weeks from really linguistically delving back into her album and her style for something else that I’d like to write, but as of right now, I’m just WELL enjoying the colourful and REFRESHING breeze that is her music.
Surely I write entirely too much and a break draweth nigh (“we power levels up!”), but these days, 800 posts strong, biggup the very different - the musical opposites - Mrs. Fay-Ann Lyons-Alvarez and Ms. Sara Lugo, for keeping my musical passion WELL stocked.
Posted by Achis at 12:17 AM