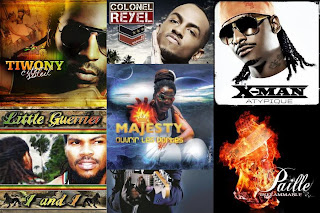 So! In about a week, the first half of 2011 will be over. You’ll be six months older than you were at the beginning of the year (I'll be about 7 weeks away from thirty) and hopefully, six months smarter. In Reggae, coming up in the second half of the year, you're undoubtedly (and hopefully), looking forward to big and brand new albums from the likes of Jah Cure, Perfect, Sizzla Kalonji, Elijah Prophet and others (like Bambú Station???). Yeah! And all of that is great, but you know I like to dig a little deeper and in doing so, I have my own eyes and ears pointed firmly in the direction of and tuning into the area of Reggae and Dancehall from out of Guadeloupe, Martinique and Guyane - These areas pushing BIG talents in Kreyol and French.
This year, we’ve already seen BIG releases come through from the likes of Tiwony ["Cité Soleil"], Paille ["Inflammable"], X-Man ["Atypique"], Sista Majesty ["Ouvrir Les Portes"], Colonel Reyel ["Au Rapport"], Guy Al MC ["Sé Love Sélman"], Little Guerrier ["I & I"] and I’m sure a few others as well. This has all followed a 2010 which saw albums from Admiral T, Lieutenant, Kalash, Krys, Sam-X, Damaniak, E.Sy Kennenga, Young Chang MC, Blenda and Yeahman'C. Of course there is the top of the top notch (and I’m about to tell you about one of those), but ALL of these, in some respects, are big names and would be the equivalent to . . . A seriously STACKED line of Jamaican artists (predominately Dancehall) releasing albums in about eighteen months - Something which probably has not happened (specifically in regards to Dancehall) in nearly a decade.
'Turn Around' featuring Lady Sweety & Natty Bwoy by Sista Majesty
And there's more! The final half of 2011 tentatively is scheduled to offer up three more big release from a trio of big named and very talented performers. One of which is someone who has suddenly become much improved in my eyes, another is a DJ specializes in FURY and the other is someone who is . . . Wildly talented beyond his time and is almost GUARANTEED to have the best Dancehall album of 2011 and maybe even THE best album altogether. Let's take a look. 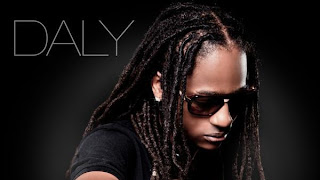 "Dalycious" by Daly [Hit Maker Mizik]
'Rèspèkté-w'
I haven't exactly been shy in expressing the fact that I am, by no means, the biggest fan of Gwada Dancehall veteran, Daly, but I think it says something that I know enough even to formulate an opinion - I have been paying an attention (not a great amount, but attention still). SO! Because of that, I wasn't at all apprehensive to check what he was up to as of late and it has subsequently turned out to be probably my favourite piece of work from the DJ to date. Not too long ago, Daly returned with the first single for his forthcoming album, "Dalycious" (his third, by my count, and his first from 2007's "Mista Dal"), the VERY strong 'Rèspèkté-w'. Either I just wasn't giving Daly the credit he was due previously or the tune is a significant step-up from a great deal of his previous work. And I should add that it wasn’t that said "previous work" was bad ('Konstriksyon' is a HUGE tune and always will be) (alongside Admiral T), it just never grabbed in this way. "Dalycious" will likely be his best album to date, and I'm WELL looking forward to hearing the entire thing. 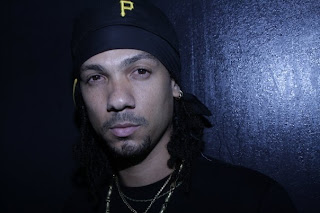 “K-Rakter” by Mighty Ki La
'Régine'
How do I describe what Mighty Ki La does??? At his absolute best, MKL has a skill of blending an undeniable talent with such a strange level of intensity that you kind of wonder which, exactly, is his base. Did someone happen to stumble upon a crazy guy who learned how to rhyme from Martinique? If not, was he just a REALLY skilled lyricist who just . . . I don’t know, bumped his head one day and LOST it! In either case, he’s really become one of my favourites over the years (I "lost it" a long time ago) (I'm not even entirely sure that I ever had "it") and it would seem that 2011 would be a very good year for him to return. "K-Rakter" [see note again] is set to be his third album to date and his first from 2008 and if you know what to expect from MKL (and I just told you), then you know that there is almost NO WAY that this project could even be remotely close to substandard work. 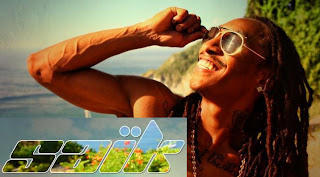 Saïk [Don’s Music]
'You & Me'
I don’t even know what to say about this one. A few years back we learned about a youth from Guadeloupe by the name of Saïk, on the strength of his debut album (and material from), "Face à la Réalité". That album showed young Saïk to be, already at that point, amongst the very best lyricists that the Dancehall had to offer, potentially surpassing, ALREADY, his good friend, the very respected Admiral T. Saïk was basically off the registers and the album proved to be one of the greatest Dancehall albums since the turn of the century in my opinion. I've been a fan from then and now is the greatest time to jump up because Saïk, now older and more mature is set to bring his sophomore release later this year. To get things rolling he pushed what is likely the second best video I've seen at all this year (biggup Tarrus Riley) for the album's increasingly excellent first single, 'You & Me'. There is no way that this album isn’t going to be GREAT! And the only thing that keeps me from pronouncing it the best Dancehall album of 2011 (besides the fact that I haven't heard it yet) is that Assassin also figures to be in play later in the year. But make no mistake: this will be a MAMMOTH album.
Oh! And I suppose that there maybe an outside chance that we might FINALLY get the next album from Achis Reggae and Earth favourite, Lady Sweety - But I'm not holding my breath on it.
{Note: As always, check out Antilles-Mizik and the SSBStore for FWI releases}
{Note 2: Releases, titles and pretty much any other thing I may've said in here which proves to be completely wrong and/or DUMB are, of course, tentatively scheduled}
Posted by Achis at 12:06 AM