Couldn't mention these last time
So we do it now 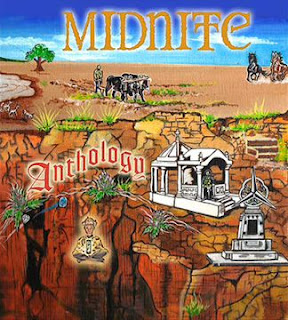 
'Anthology'
So! As I told you about yesterday, Yes - Midnite has YET ANOTHER album which has sprang upon the masses and done so in typically mysterious ways! ”Anthology” follows, very closely, to the latest album bearing the group’s name, ”The Way”, which dropped about a month ago (which I’ve heard NOTHING about from since then). Reportedly, the album was actually produced by Ron Benjamin (which will make it an ’official’ MIDNITE album) and . . . Yeah - Midnite fans know what to expect and I’m sure there’ll be very liberal usage of the word “brilliant”, here. So there you go - It continues to be Midnite 24 hours a day and 365 days a years.
CD 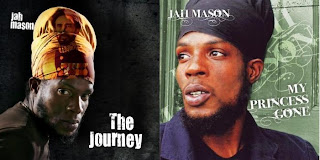 Jah Mason - "My Princess Gone" & "The Journey" [Albany Records]
Although I’m not particularly sure of where I know them from, I’m fairly certain that I am familiar with the label Albany Records. If I’m not, however, what is 100% certain is that I won’t quickly forget them as they, VERY randomly, have released TWO ALBUMS FOR wicked chanter, Jah Mason. WHAT! ”My Princess Gone” (again), and ”The Journey” have been released under very odd circumstances (with virtually no press whatsoever) and are Jah Mason albums, which means that, at least on paper, they should be a big deal. They both appear to be mixes of older, very well known, material and either completely new stuff or just lesser known tunes. Between them there’re thirty-five tunes (!) and even if you take the older tunes into account, surely there is SOMETHING here which should interest Mason fans, yours truly included.
Both Digital 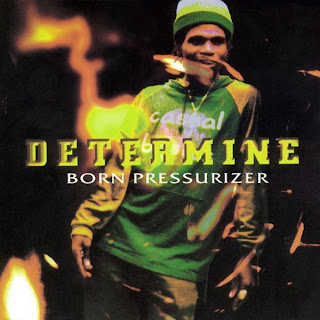 
'Born Pressurizer"
WHAT! Here’s one which I never knew even existed and . . . Well it may never have existed. ”Born Pressurizer” is album from one of the most underrated Reggae artists of all time, Determine, produced by someone who certainly has never struggled in the way of ratings, the legendary King Jammy. I can remember a few tunes which appear on this album, such as the title track, ‘Shot People Fast’, ‘In The Shop’ and others, but as a whole, I didn’t even know this thing was around! What’s good here, obviously, is the fact that the album is comprised of tunes which were recorded at a certain time (presumably the mid-late 1990’s, for the most part), so you get Determine over VINTAGE riddims such as the Duck, the Shank I Sheck, the Far East and the likes. Definitely one for the collectors.
Digital 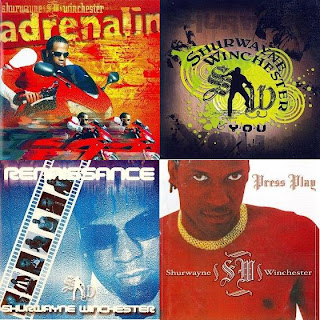 
'Carnival Please Stay'
Digital Soca music continues to erupt with the latest volcanic burst coming from the man from Tobago and modern Soca legend, Shurwayne Winchester in the form of (at least as far as I can tell), his entire fucking vault! Previously, the only album Winchester had available for digital consumption was ”Under My Spell”, but joining that now are “Adrenaline”, “Evolution”, “Give Thanks”, “Press Play”, “Renaissance” and his latest release, 2009’s “Shurwayne Winchester & Y.O.U.”. Also he has a new single by the name of ‘Danz’. What does this mean? The digital Soca world just got SWEETENED to a big degree as Winchester’s credits include Road March titles and multiple Soca Monarch crowns. With his catalog now available, HUGE tracks such as ‘Open The Gate’, ‘Allequa’ [both on ‘Adrenaline’], one of the greatest Groovy tunes of all time ‘Carnival Please Stay’ [“Renaissance”] and more HEAVY HEAVY hitters are available online - As it should be. Uhmmm. Bunji . . . Anyday now!
CD + Digital 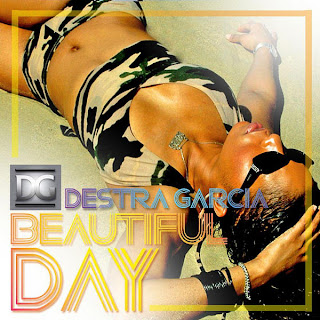 Sticking on topic, everyone’s favourite, Destra, is also making a return to the digital scene after dropping her own entire catalog earlier this year. This time, she is bringing a new single of her own, ‘Beautiful Day’. The tune is definitely geared towards more of a mainstream market than just the Soca frenzies and, given the opportunity, it could definitely find successes in the Techno realm. And it is DESTRA (who is looking good)! So buy it!
Digital 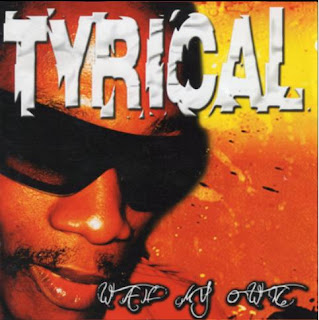 'Wah My Own'
If there were such a thing as an ‘underground legend’ in Reggae (and there were), DEFINITELY someone like Tyrical would qualify as such having been credited for penning so many different hits (and CLASSICS) for such a wide variety of names, that his, truly, is a talent which will exist well beyond his own years. However, over the past few years, the artist has made more of a concerted effort to step from behind the scenes and take some type of a credit for his works. The biggest example of this, literally, was probably his tune ‘Wah My Own’ from a few years back and now that tune becomes the title track for Tyrical’s debut album. This fourteen track set also includes well known pieces such as ‘Guerilla Warfare’, ‘Ghetto Prayer’, ‘World Is Hot’ and others - Mainly from over the past couple of years or so. I really like to see things like this happen, with the light shining brightest on a talent well due his time in the spotlight.
Digital 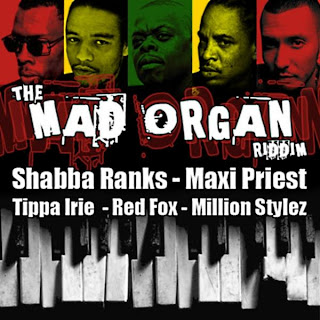 
The Mad Organ Riddim Mix
The Mad Organ Riddim is the latest creation from Curtis Lynch Jr. & friends at the always impressive UK imprint and while I’m only kind of confident that this one is a completely new creation, I’m DAMN sure that it’s a very fun and dynamic track and probably one of the most so that the label has ever done. There’re no surprises amongst the vocalists using the Mad Organ as a playground as legends Maxi Priest, Shabba Ranking and Tippa Irie highlight a cast which also include Mr. Williamz, Million Stylez and the venerable Red Fox.
Digital 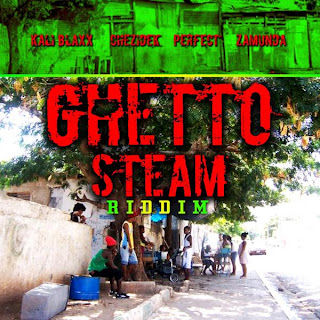 
'More Trees' by Chezidek
I was never all that high on the Ghetto Steam Riddim which reached late last year, in retrospect . . . But I was pretty much alone in that because the piece definitely did more than just a little damage. Originating (I THINK) from Cut Stone Records, it spawned some very popular tracks and now, via Digital Link International and the miracle workers at Zojak Worlwide, it’s made its way to the digital scene. On board here were Kali Blaxx, Perfect (who we’ll talk more of tomorrow), Zamunda, Ras Myrhdak and Chezidek, whose tune ‘More Trees’, was the highlight for me. I didn’t DISLIKE this one, but I didn’t think it great either - But apparently I was wrong, going by the response given by the masses - So well have a listen for yourself.
Digital 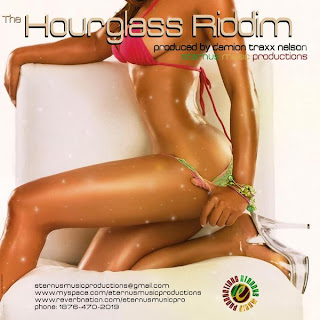 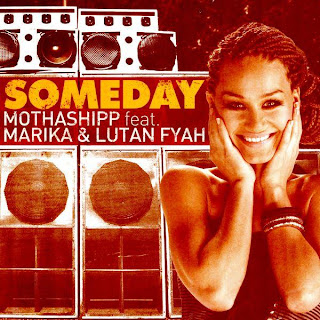 Okay so, I don’t know a damn thing about this, but it is a FUN tune. I THINK that Mothashipp is a band from out of Poland and Marika may very well be their singer (I’m certain she’s from Poland), but whatever the case, they’ve linked with the excellent Lutan Fyah for a big, new and infectious single, ‘Someday’. The digital release, which includes the track and its instrumental also contains one of the best a cappella tracks I’ve heard in a loooooooooong time. You know you have a good time on your hands when you can cut the riddim and still have heads knocking and that’s exactly what happens here.
Digital 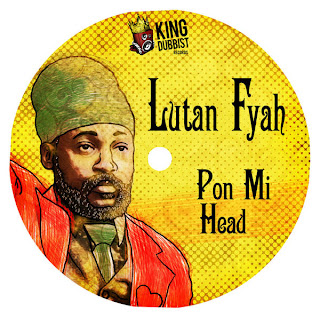 And lastly (not really), it’s Lutan Fyah again with a very solid single for King Dubbist Records from out of England, ‘Pon Mi Head’. It’s more typical educationally based brilliance from the Fyah, along with A+ productions from KDR. The digital release also includes a remix, as well as a WICKED dubbed out version of the track also.
Digital 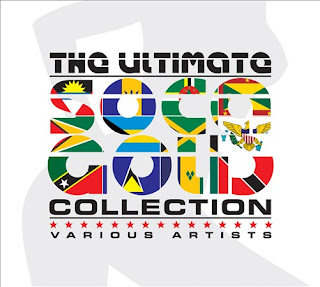 ***** "Soca Gold: Ultimate Collection" *****
And I thought that I'd include this one also because . . . Yep. FINALLY VP Records is nearing something of a boxset for one of its greatest series (and my personal favourite), Soca Gold. Still relatively fresh on the hills of "Soca Gold 2011", the label has already set and ready to go "Soca Gold: Ultimate Collection" which includes two discs of favourites from the series over the years as well as a mixtape by a DJ Crown Prince. As you can imagine, the set features some of the biggest names who have appeared on the compilations throughout the years, including but not limited to Machel Montano, Bunji Garlin, Destra, Fay-Ann Lyons, Rupee, Patrice Roberts and, of course, SG poster boy, Edwin Yearwood. If the tracklist that I’ve seen hold up, there’s nothing REALLY here for me, but again, I do think it’s a very good idea and one maybe even a bit overdue.
{Note: I’ve seen two release dates for this one, one in August and a next November. As a rule, I generally go with the later one}
Posted by Achis at 12:08 AM