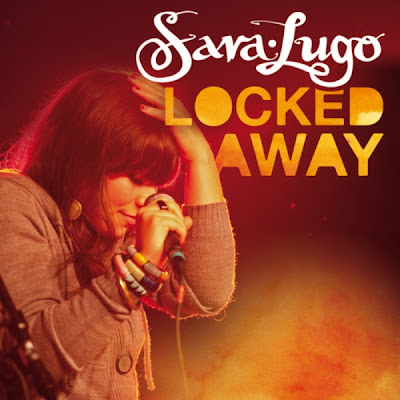 So yesterday, we told you about a nice album you should pick up by the name of "People's Choice", by Ray Darwin. It is a very DEEP and complex project and, as I said, I'm sure that more of the hardcore Reggae community, like you and I, will definitely be able to appreciate and value it mostly. So hopefully you, like me, are doing that now (well not RIGHT NOW, because, I’m listening to someone else, who I’m now going to tell you about).
Of course, it's Sara Lugo! The pocket-sized Achis Reggae & Earth favourite, who guests on Ray Darwin's album, is spending time between mashing up European festival stages promoting her sensational debut album, "What About Love", and she's now reached another very significant point - A new single! 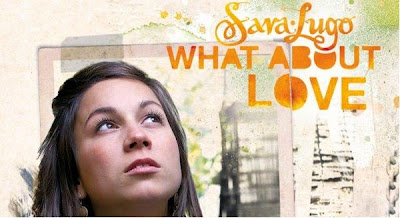 Unsurprisingly, Sara Lugo & co. have chosen what is, in my opinion, the album's most musically accessible and OPEN effort, 'Locked Away' [pictured]. The tune is, essentially, an R&B track and, given the proper opportunity it may find audiences in that popular genre as well as in the Pop arena - and, perhaps, more so in both of those instances than in more rigid Reggae circles (where we listen to people like Midnite - Who I bring up only to mention that they've released YET ANOTHER album - not "The Way". That’s old school! It dropped wayyyyyyyyy back in June! Their new album, released about fifteen minutes after their last, is called "Anthology").

What is somewhat unexpected, however, is that for the single version of the tune, they've Reggae-fied the original and the results are sublime! In stores now, courtesy of Soulfire Artists, is the single EP for 'Locked Away' which includes the new version of the tune, the original version (which you have already, because you've certainly picked up the album by now) (and I should also say that each and every time that I hear that tune, I enjoy it more and more and I suggested that it may occur that way) (that’s what happens when you listen to THAT much music - You can read your own damn brain sometimes), a Dub Step version from an El Wharton and, most deliciously, a dubbed out version of the tune from Sara Lugo's chief maestro, Umberto Echo, which is his respective specialty to my knowledge. So (!), obviously someone and a lot of someones has and have put in a great deal of work on the single and you should well check that out.

But that's not all! Floating around somewhere in the land of visuals is a VIDEO for the song! WHAT! Yes a video and because I’m not going to post it now, even though I REALLY want to, that means you’ll have to find it for yourself, but it surely does give us yet another reason to talk about the wonderful Sara Lugo in the future . . . As if I needed another excuse.

But even THAT is not all! 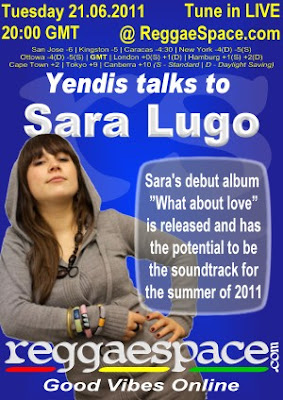 I alluded to this one . . . Sometime ago, I'm sure. Reader Nat (who has proven to be very useful, so biggup Nat) told us about Sara Lugo actually mentioning us on an interview that she'd heard on the internet and Bredz, as persistent as he is, tracked it down (he also tracked down a new picture we probably used as the closer here)!
The radio show is apparently called . . . Okay I don't know what it's officially called, but is definitely conducted by a gentleman named Yendis, who works with ReggaeSpace.com, but has his own site at YendisReggae.co.uk (which is now linked on the side if I remembered to do it, otherwise . . . Ignore this part). It’s a very cool interview and, after bigging up the boys and girls at Da Ville (biggup Markus until it causes physical pain), she says, "and also, Achis" and subsequently calls us "super super nice". BOOM! She even says my name correctly and I smiled a HEALTHY smile when I heard it. It made my fucking day! The entire interview is an hour + in length and apparently you can stream it or download it on the site, so biggup Yendis and everyone who helped there and Sara Lugo - You are a wonderful human being and it is on our honour to write about your great music - basically every day.

And Yendis also interviewed friend of the blog's, Josh, from Soul of The Lion. I don't think he mentioned me, but Josh is another cool person and does a lot of great publicity work (and of course he does the "Dread or Alive" series as well). Josh biggup yourself and send us more free stuff!